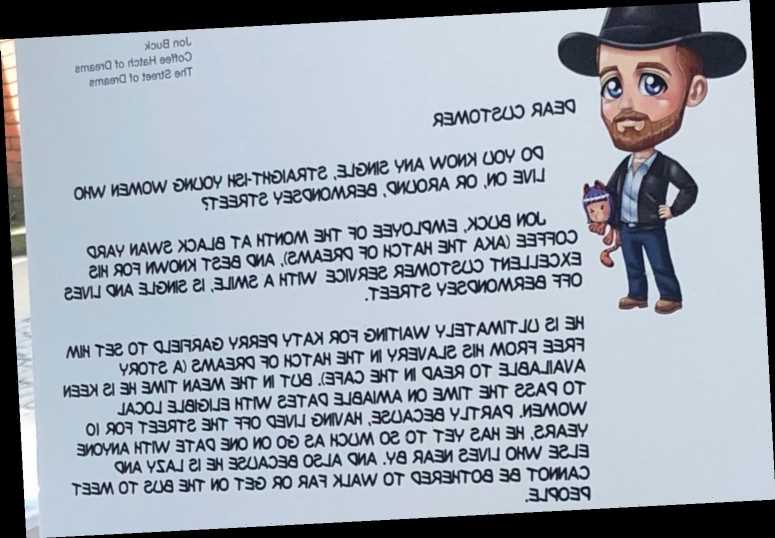 SOMETIMES it feels like the only way to meet someone special in this day and age is by mindlessly swiping through dating apps.

So you can't exactly blame any singletons for going old-school and writing a good old-fashioned dating advert to set them apart from the rest. 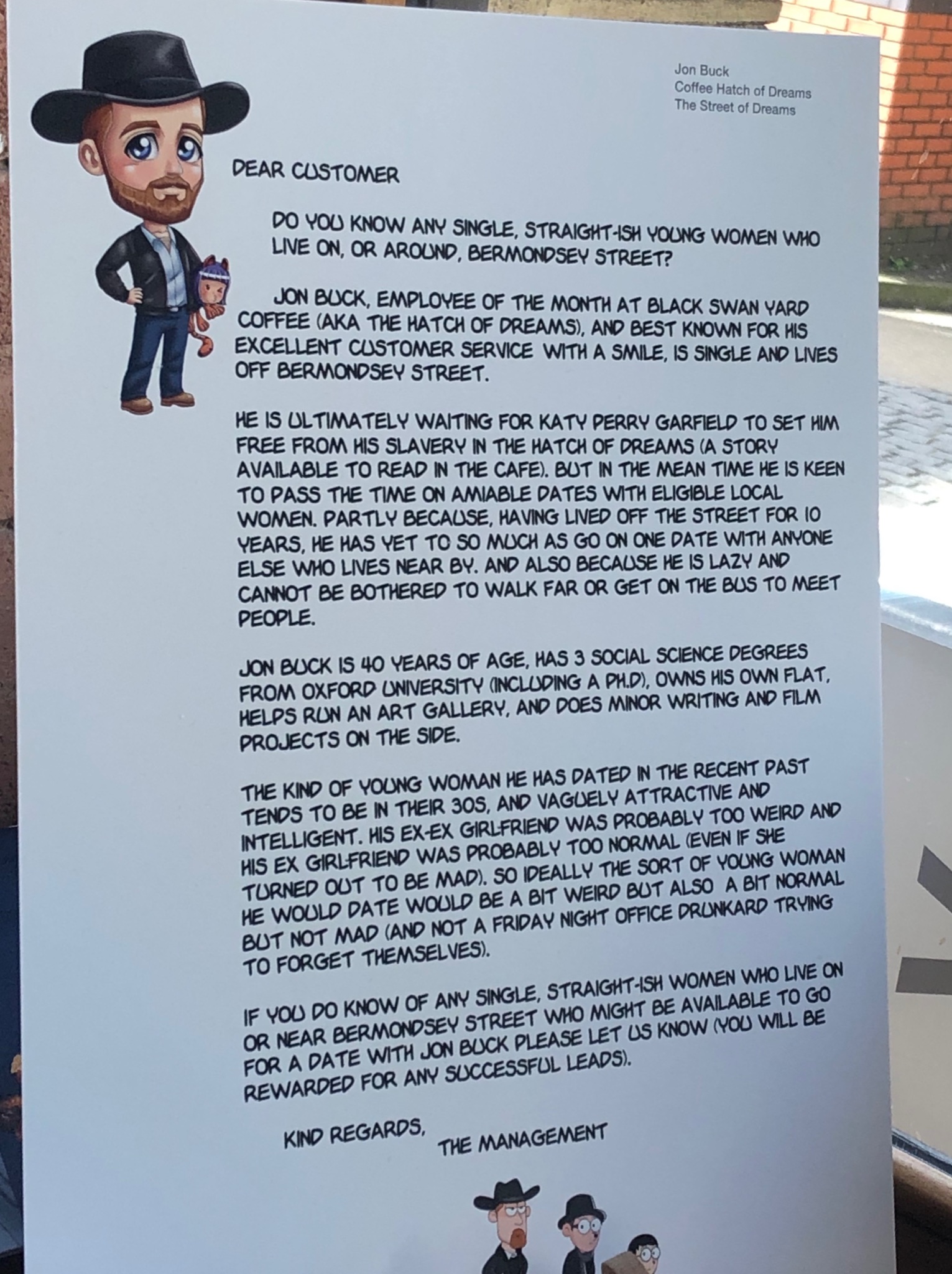 But sadly, one bloke is attracting attention for all the wrong reasons after he asked for a "vaguely attractive" woman who is "not crazy" in a bizarre dating advert which was posted in a London coffee shop.

Taking their colleague's love life into their own hands, the management team at Black Swan Yard Coffee in Bermondsey decided to write the advert on behalf of barista Jon Buck – who is pictured in illustration form as a handsome Indianna Jones-type cuddling a ginger kitten.

The lengthy advert asks customers to rack their brains as to whether they know any single women who are "a bit weird but also a bit normal" to date Jon.

Explaining how their colleague "cannot be bothered to walk far or get on the bus to meet people", the advert reads: "John Buck is 40 years of age.

"[He] has three social science degrees from Oxford University (including a PhD), owns his own flat, helps run an art gallery and does minor writing and film projects on the side."

Delving into his past relationships, his colleagues joked: "The kind of young woman he has dated in the recent past tends to be in their 30s and vaguely attractive an intelligent.

"But also a bit normal but not mad – and not a Friday night office drunkard trying to forget themselves."

If anyone can set Jon up with such a woman, the management promises that they "will be rewarded for any successful leads" – presumably with coffee and cake.

After spotting the bizarre advert, Twitter user Hajar J Woodland posted a picture of it online with the caption: "Today in 'Why Men?'"

Other users then slammed the advert and pointed out some of its stranger quirks.

One replied: "Things wrong with this: the font, the grammar, the description of the exes (if everyone you date is crazy, perhaps the common denominator is you), 'you will be rewarded for any successful leads', everything else."

A third joked: "Decent read. Enjoyed the mad, normal, crazy women part. I also like the cartoon characters and the use of the term 'straight-ish'. The bloke won't be single for long, surely?"

For more dating horror stories, this woman got revenge on creeps who ask to see her boobs by sending them pics of other blokes' bum cleavage.

And this "legendary" mum gave a hilariously sassy response when a bloke sent her a message asking "to f**k".

Plus this woman revived a reply from her crush EIGHT YEARS after she messaged him – and no one believes his excuse.