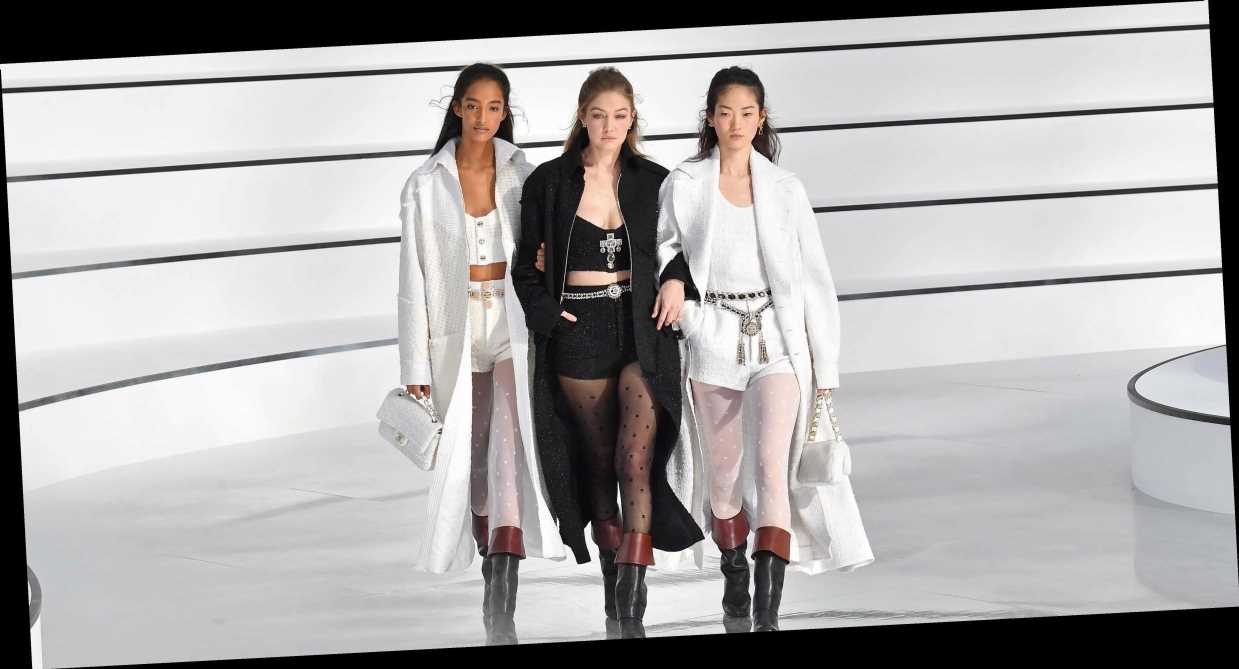 Paris has its icons. Some are structural, like the Eiffel Tower and the Louvre. Others are theoretical, like love and liberty. And then there are those of the natural variety, namely the River Seine. In such a cosmopolitan city, the waterway has literally and figuratively carved its path into the annals of history: It has been written about in poems and novels, depicted in monumental artworks, featured in films, and now, thanks to Chanel, taken center stage at Paris Fashion Week.

The storied French maison has long been a proponent of celebrating the best of the City of Light. Under the helm of its eponymous founder and her predecessor, Karl Lagerfeld, the joie de vivre of the Latin Quarter, seduction of Montmartre, and bustle of Le Marais have all inspired their design sensibilities. And Virginie Viard, who is a faithful steward of the brand, has followed in their example, imbuing her fall 2020 collection with motifs that celebrate the winding river.

This was most visible in the staging of the runway at the historic Grand Palais, a venue that Chanel reconfigures to wondrous effects seasonally. Models walked out—at times in pairs and triplets—on a sinuous catwalk made to look like crystal-clear water. They were flanked by curving white tiered platforms that mirrored the Seine’s banks, which, throughout the generation, has seen its fair share of comings and goings. It was, after all, the best course of commerce and travel throughout the French Revolution, Industrial Age, and the Belle Époque. As a result, the river was also the base for pirates, scalawags of the high seas who Viard referenced throughout her sartorial lineup.

There was an army of cavalier boots in black with brown flaps; admiral buttons on double-breasted tweed jackets, down the side of loose-fitting front-pleated trousers, and across the shoulders of ribbed sweaters; and ruffled blouses that will forever be known as “the pirate shirt.” Pronounced shoulders also played a big role, particularly bishop and mutton sleeves—another nod to the swashbuckling aura. And, of course, there was a virtual treasure chest of Verdura-esque jewelry that made its way onto belts, long chain necklaces, cuffs, and earrings. 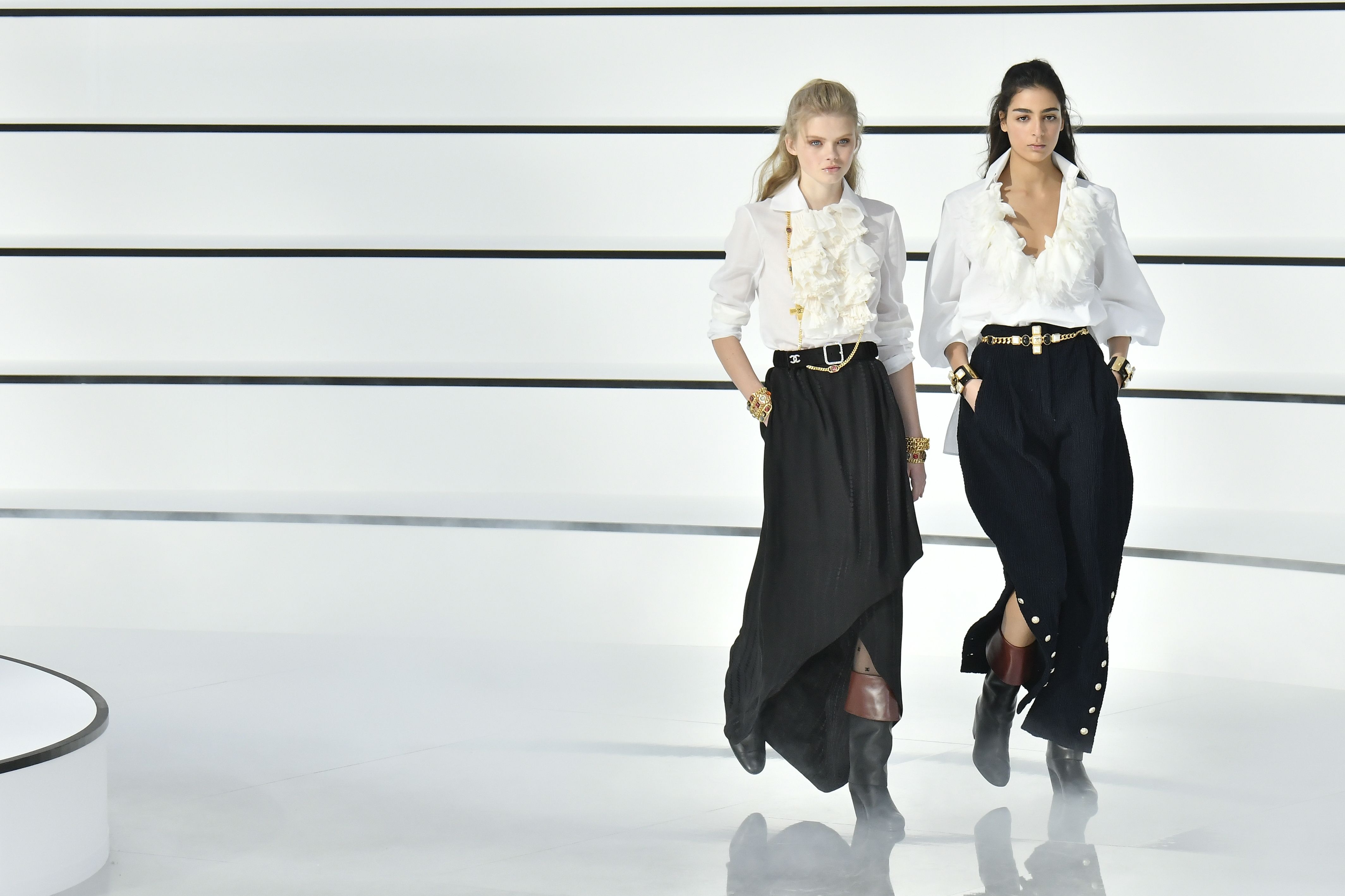 The treasure chest booty, the references to seafaring buccaneers—it all made us think back to when Kristen Stewart exclusively revealed to BAZAAR.com that Viard is a punk rocker. And in regard to the River Seine, no one fits that attribute more so than a pirate.