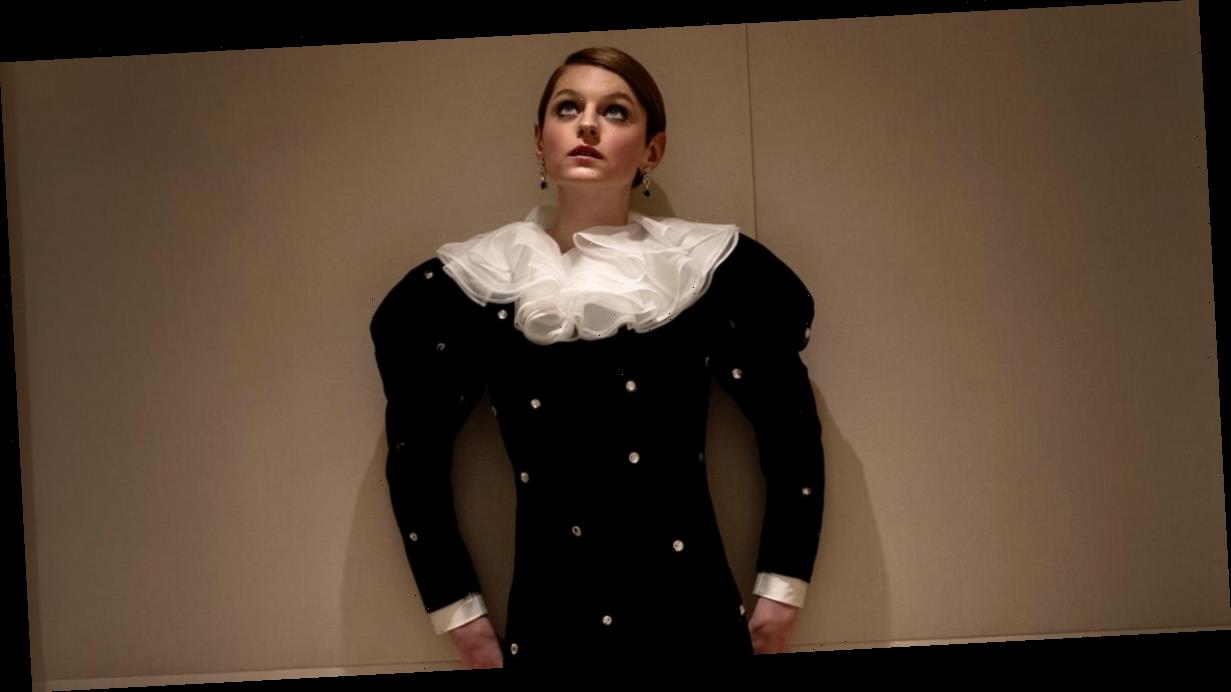 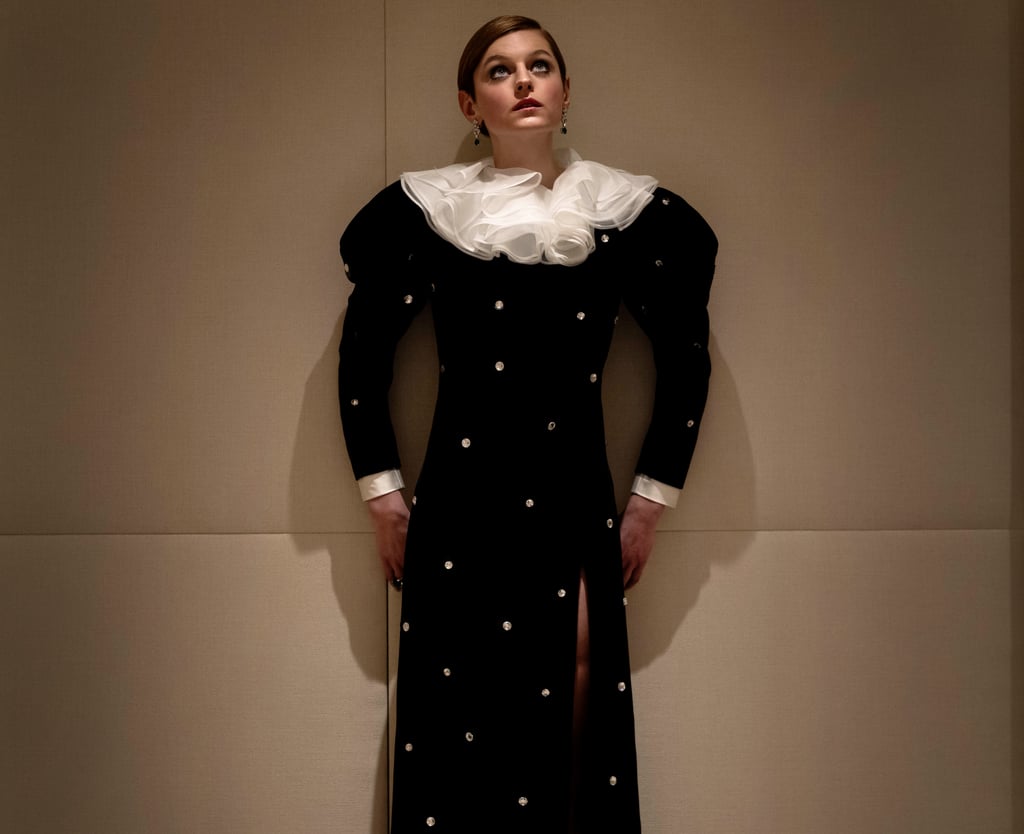 The Crown‘s Emma Corrin, who won her first Golden Globe Award for portrayal of Princess Diana in the Netflix series, chose a black velvet Miu Miu look for the virtual-from-home ceremony. The number came complete with crystal embroidery and a white organza exaggerated neck collar, meant to be inspired by Pierrot the Clown and Twiggy and styled by Harry Lambert, who also works with Harry Styles. This was a major moment for Corrin, and even though her outfit wasn’t directly inspired by the late royal she plays on-screen, the black-and-white color palette and regal silhouette did conjure images of some of Diana’s strong-shouldered dresses from the late ’80s/early ’90s. Emma joins a handful of stars who dressed to show their personality on the virtual red carpet. Scroll down to see her Miu Miu ensemble, accessorized with Cartier jewels, in full.