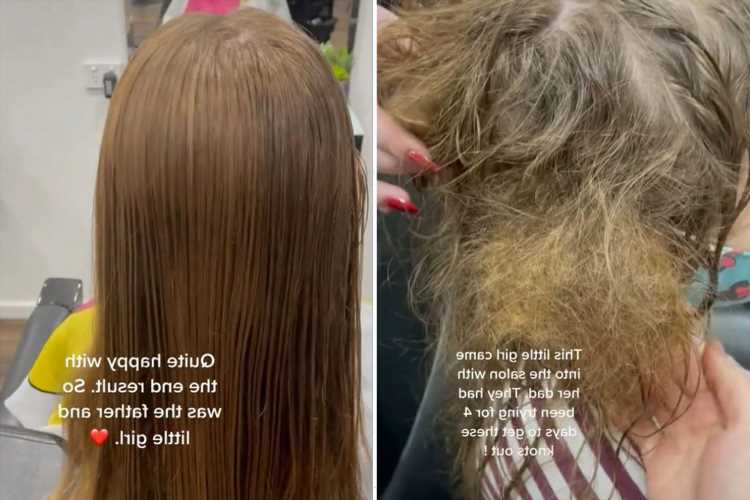 A HAIRDRESSER came to the rescue after one little girl was left with huge knots in her hair that even her dad couldn't get rid of – despite trying for FOUR days.

The stubborn knots had become completely tanged and while the stylist managed to remove on by simply combing it out, other knots weren't as easy and she had no choice but to reach for the scissors. 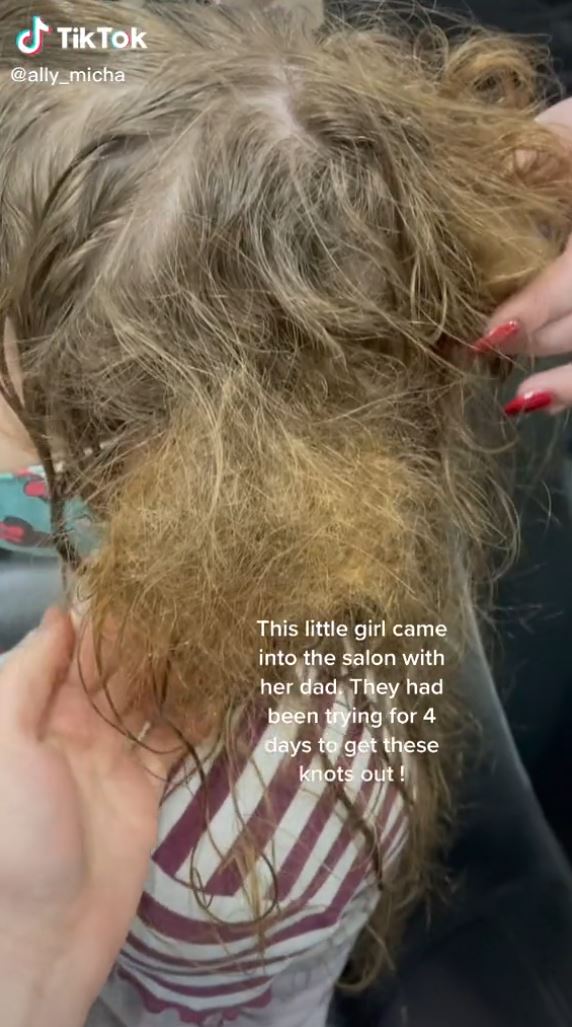 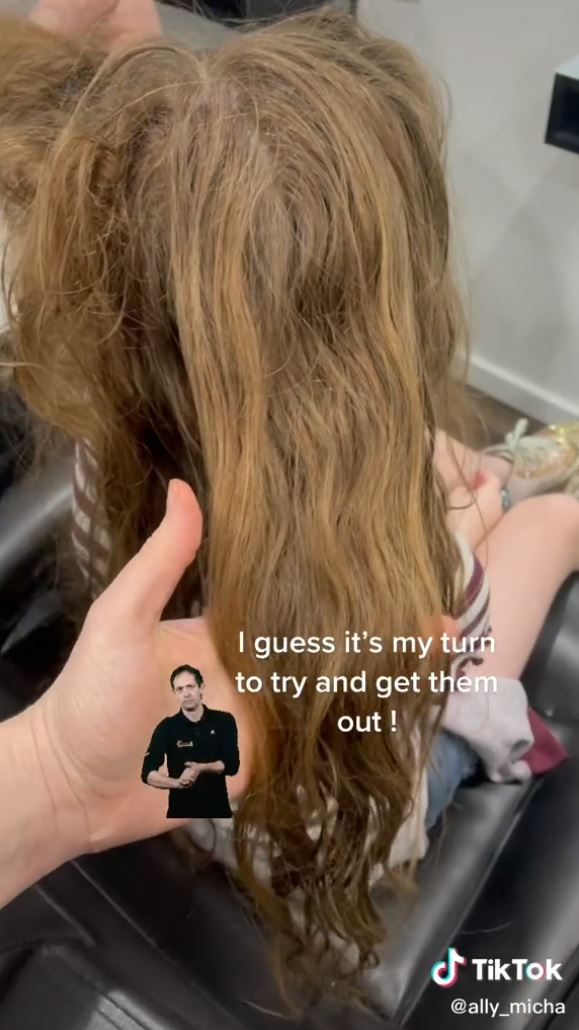 TikTok user @ally_micha shared a video online of her attempting to remove the mammoth knots from the young girl's hair, with her first attempting the matted knot at the back of her head.

She revealed that the girl's dad came in desperately asking for help after he spent days trying to de-tangle them, but to no such luck.

"This little girl came into the salon with her dad. They had been trying to get these knots out for 4 days. I guess it's my turn to try and get them out," they revealed.

Using a comb and it's thin silver handle, the stylist managed to ease out the tangled mess at the back of the little girl's head, but the front knots proved to be too stubborn.

The hairdresser was forced to cut them out instead, leaving the girl with short strands of hair on one side of her head.

They revealed: "I tried combing out the front knot but it was too stubborn. So had to go with the second option which was cutting it out."

Luckily, the short strands of hair were easily disguised by the front section of the little girl's hair, meaning others would be none the wiser of her knot hell.

"Quite happy with the end result, so was the father and the little girl," her hairdresser revealed in the video that has now been watched over 5.2million times online.

The post left some parents baffled, as they questioned how the girl's hair could have become so tangled, with thousands commenting.

"Not trying to judge but how does this happen? I legit brush my daughter's hair at least once a day," commented one mum.

Another person said: "Why do people get knots like this?"

Others could relate to the little girl's hair nightmare, as one person shared: "Y'all when I was a little girl I would SCREAM when anyone tried to brush my hair unless I could do it myself. Had to go to the salon at least once."

"Me as a kid when I refused to brush my hair." said another.

One mum commented: "My daughter's hair gets like this every day… her hair is so thing and stringy… her moving in her sleep causes the nests." 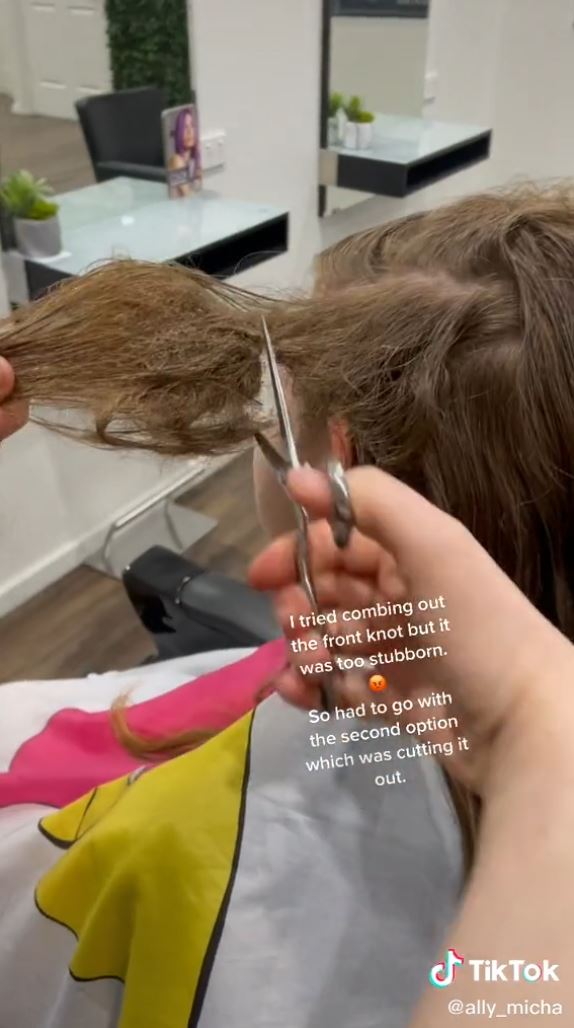 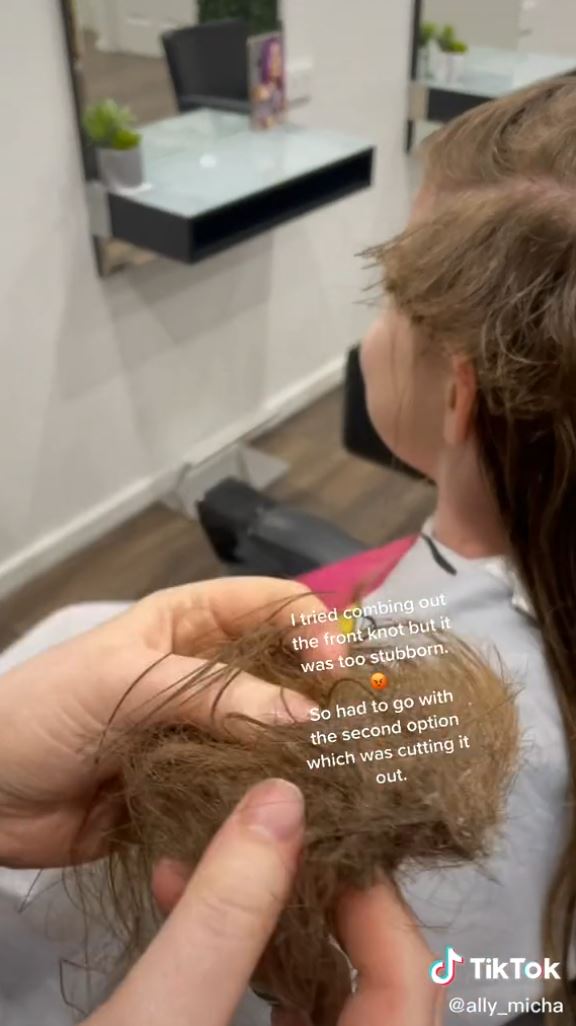 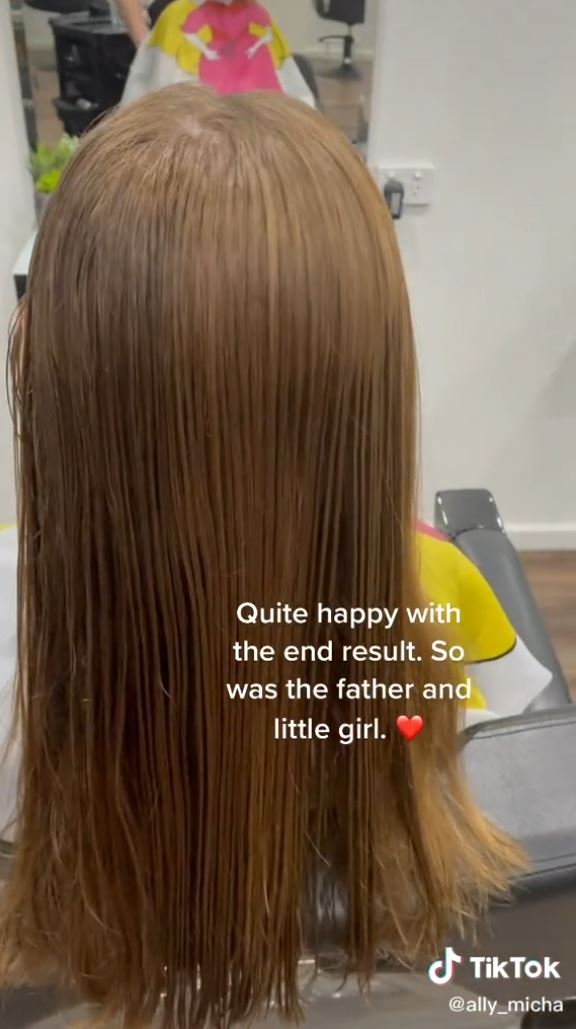 Meanwhile, one mum reveals huge knot in daughter’s hair – and she tries using SEVEN bottles of conditioner to detangle it.

Plus, mum shares clever hack to make sure sand NEVER gets stuck to your kids’ hands & feet.

And this mum's hack goes viral after showing how to apply sun screen on wriggly toddlers.