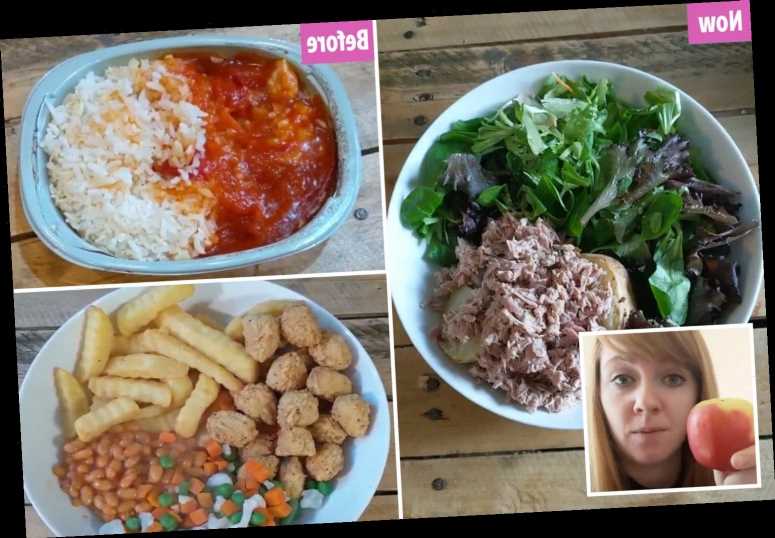 WITH Britain's takeaway industry now worth around £15billion, it’s no surprise junk food businesses – and our waistlines – are booming.

But as obesity threatens our children's futures and families struggle to afford food during the Covid pandemic, does eating healthily also mean eating wealthily? 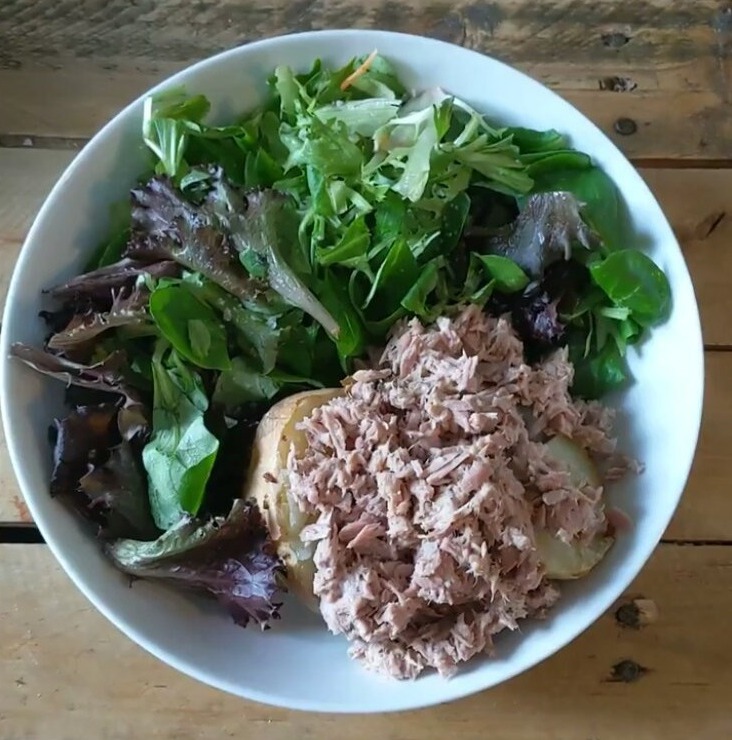 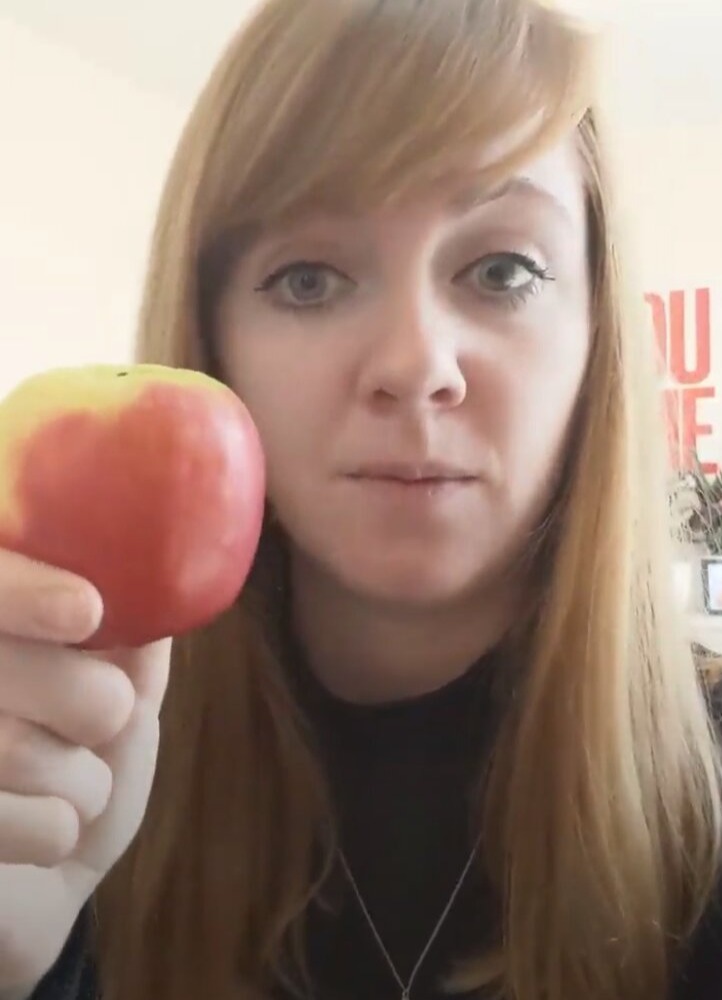 The Government's Eatwell Guide sets out a healthy eating model to achieve a "balanced" diet, yet a new report reveals the nation's poorest families now have even less disposable income to spend on food.

Ten per cent of UK households would need to spend three quarters of their disposable income on food to meet the Eatwell Guide costs, according to the Broken Plate Report.

And healthy foods are THREE times as expensive as other options.

So, after Manchester United footie ace Marcus Rashford's recent free school meals triumph, I decided to investigate just how easy – and cheap – it is to follow Boris Johnson's guidelines. 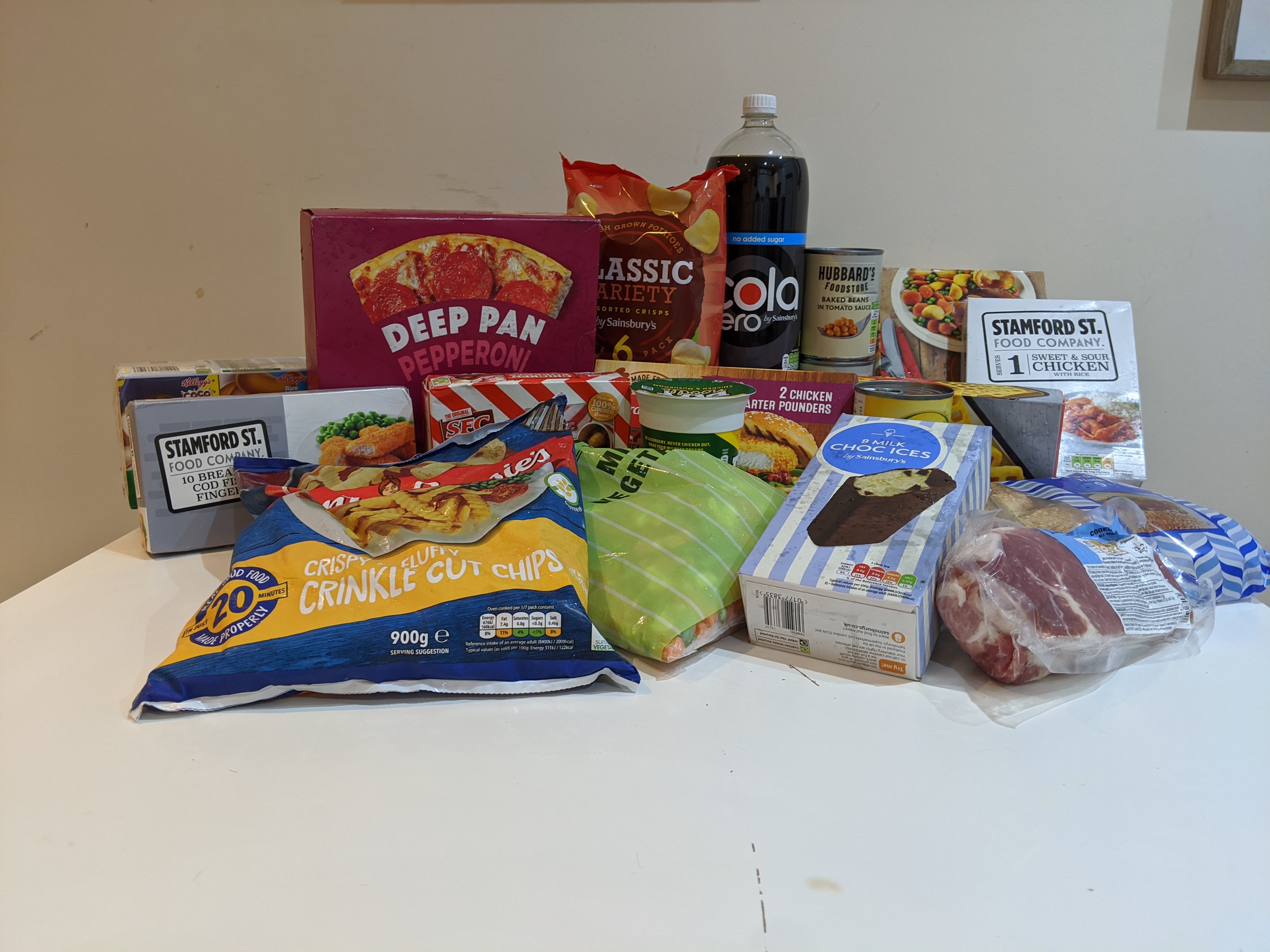 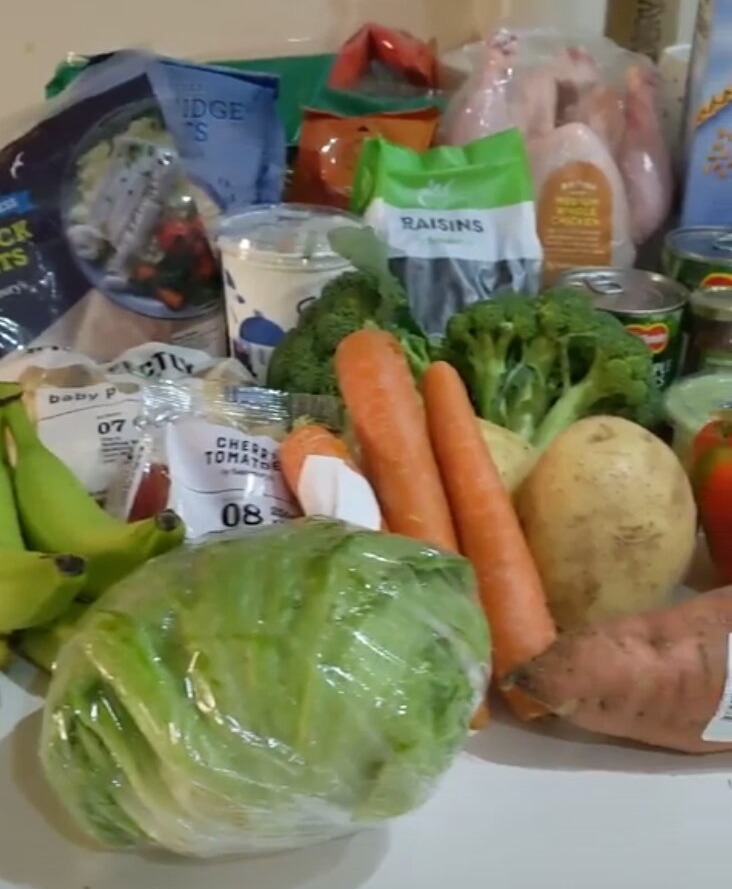 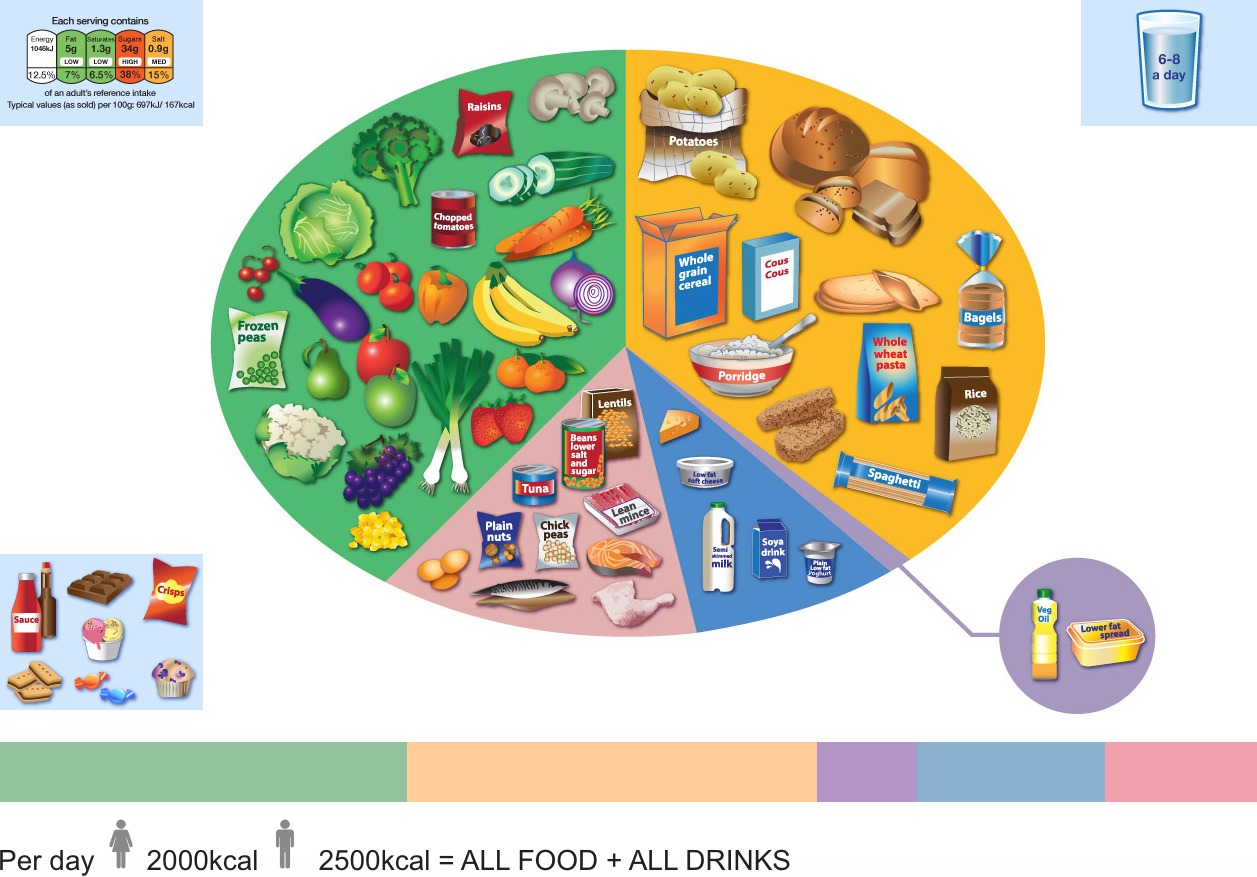 I spent two weeks trying to eat as cheaply as possible – one, following the official guidelines, and the other, eating supermarket convenience food and ready meals.

I ate the same number of meals, shopped in the same supermarket and bought own brands where I could.

When it came to the healthy week, I also used all leftovers, kept meat consumption to a minimum, and bought a mix of frozen and fresh produce.

Despite my best efforts to eat as cheaply as possible both weeks, sadly it was still significantly cheaper to buy convenience foods

But despite my best efforts to budget on both diets – and to prove to myself that, with enough time and planning, I could be healthy AND cut costs – sadly it was still significantly cheaper to buy convenience foods.

Just one example of this was my daily 'snack'. During the healthy week, I opted for an apple- which, at 26p a time, was depressingly 12p more than a packet of 14p supermarket crisps. 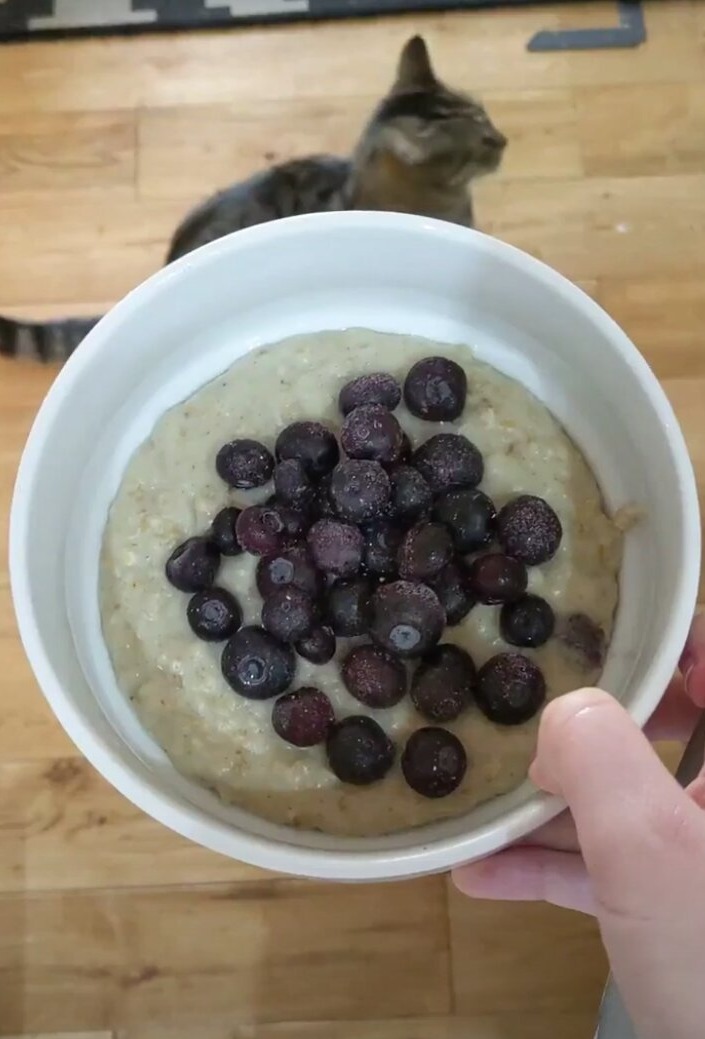 Explaining some of the issues we face, The Training Room nutritionist Mark Fox admits: “Fresh fruit and vegetables and unprocessed foods tend to be deemed more expensive than processed package meals.

“The most expensive elements of the Eatwell plate come from protein sources like meat and fish.

“Depending on where you buy fruit and vegetables, this can be expensive too. These also have a much shorter shelf life than processed foods unless you freeze them.”

The Eatwell Guide's model breaks down five food groups – fruit and veg, dairy, protein, carbs and foods high in fat, salt and sugars – and provides examples of the types of food you should eat and how often.

In terms of planning, there was no denying the less healthy, convenience food diet required far less time and preparation.

It took half an hour to plan out my meals, and the upfront shopping cost for the whole week was just £17.

The price of all meals – including breakfast, lunch, dinner, dessert and one snack a day – working out at just over £14 in total.

For one week, she followed the Government's official guidelines. For the other, she ate supermarket convenience food and ready meals.

Here is her food diary for the 'fast food' week:

Lunch: Two potato waffles and half a tin of beans

Dinner: Two potato waffles and half a tin of beans 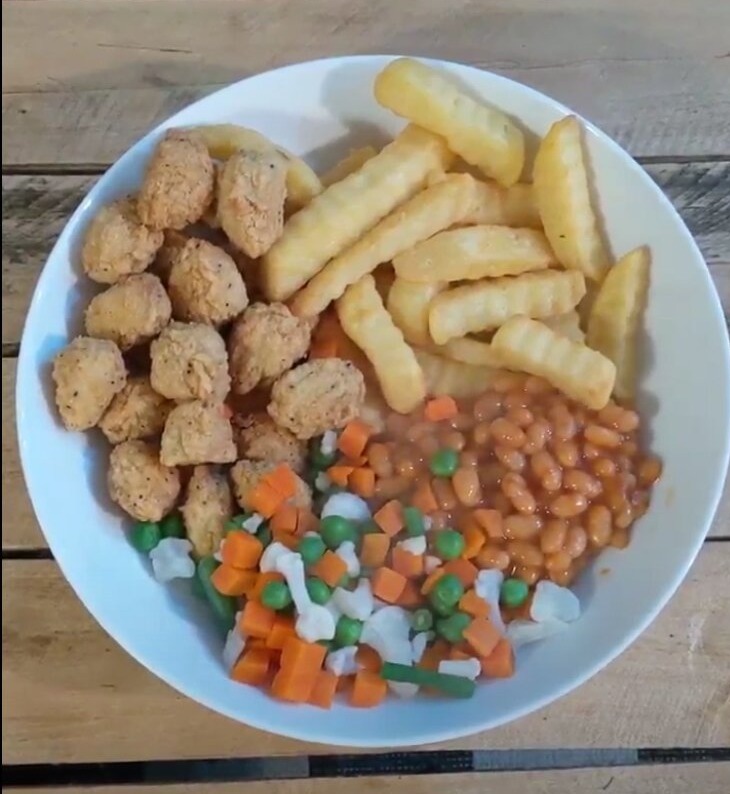 In my shopping bag was one bag of frozen mixed veg for 79p, while I opted for the cheapest convenience food available.

A typical day involved cereal in the morning, then a fish finger sandwich costing just 52p or two potato waffles and beans (35p) and a packet of crisps costing 14p as a snack.

Dinner was a £1 pepperoni pizza, or 75p chicken poppers with chips and veg, and dessert was a choc ice, costing 15p.

All meals came to less than £2.50 per day, took minutes in the oven and required no prep time – but just how bad was this ‘convenient’ diet for me? 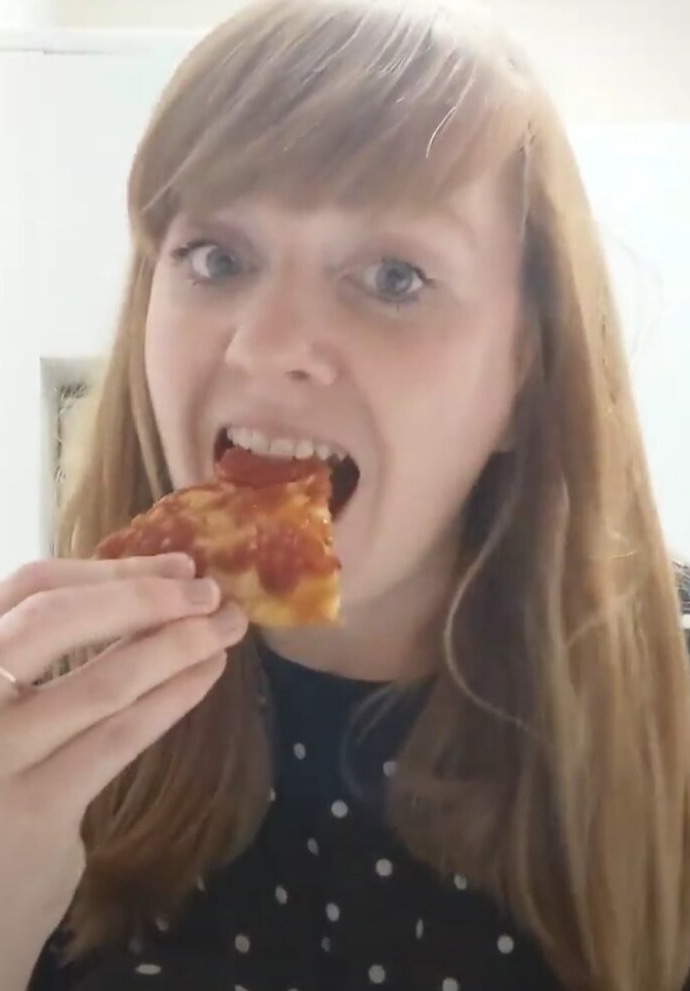 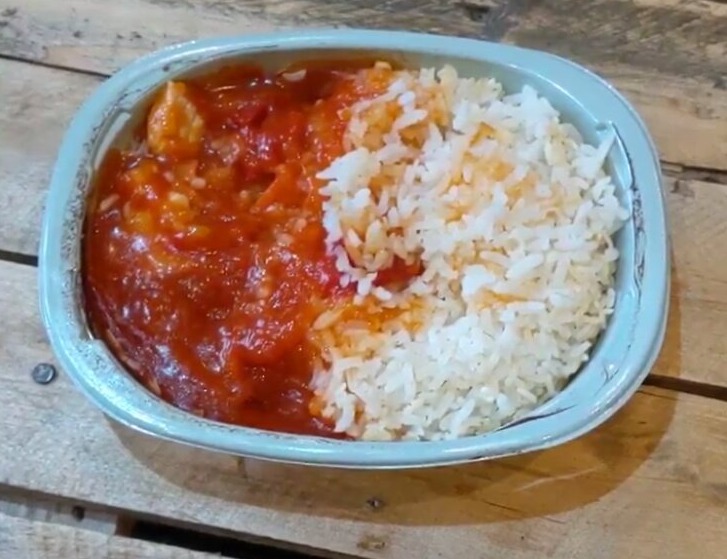 While I usually eat pizzas and burgers – probably way more often than I should – the lack of home-cooked meals meant the sugar and fat content in each pre-prepared, cheap meal was deceivingly high.

I felt sluggish, bloated and by the end of the week I was 3lb heavier -although I had kept to three meals a day, with one snack.

Alarmingly, it's estimated more than half of the children born in the UK this year will experience obesity as a result of poor diet by the time they are 65.

I felt sluggish, bloated and by the end of the week I was 3lb heavier, although I had kept to three meals a day, with one snack

Commenting on my diet, nutritionist Mark says: “You get fish, chicken, grains, beans in the week, but all are mostly from processed sources.

“In terms of positives, some vegetables are in there a couple of times per week, and you’re getting a portion of dairy with your breakfast cereal although commercial breakfast cereal tends not to be the best option, they are normally fortified with vitamins and minerals.

“Although not the best type, you’re getting enough protein on some of the days, and beans are a good source of fibre, protein and carbs. I’m impressed you managed that many meals with £17 in a week and got some vegetables in.

“However, most carbs are coming from very processed sources which are low in nutrients and fibre and these won’t keep you full for very long or at all, and you’ll have big spikes in your blood sugar. This diet also looks high in carbs, salt and sugar and low in everything else.” 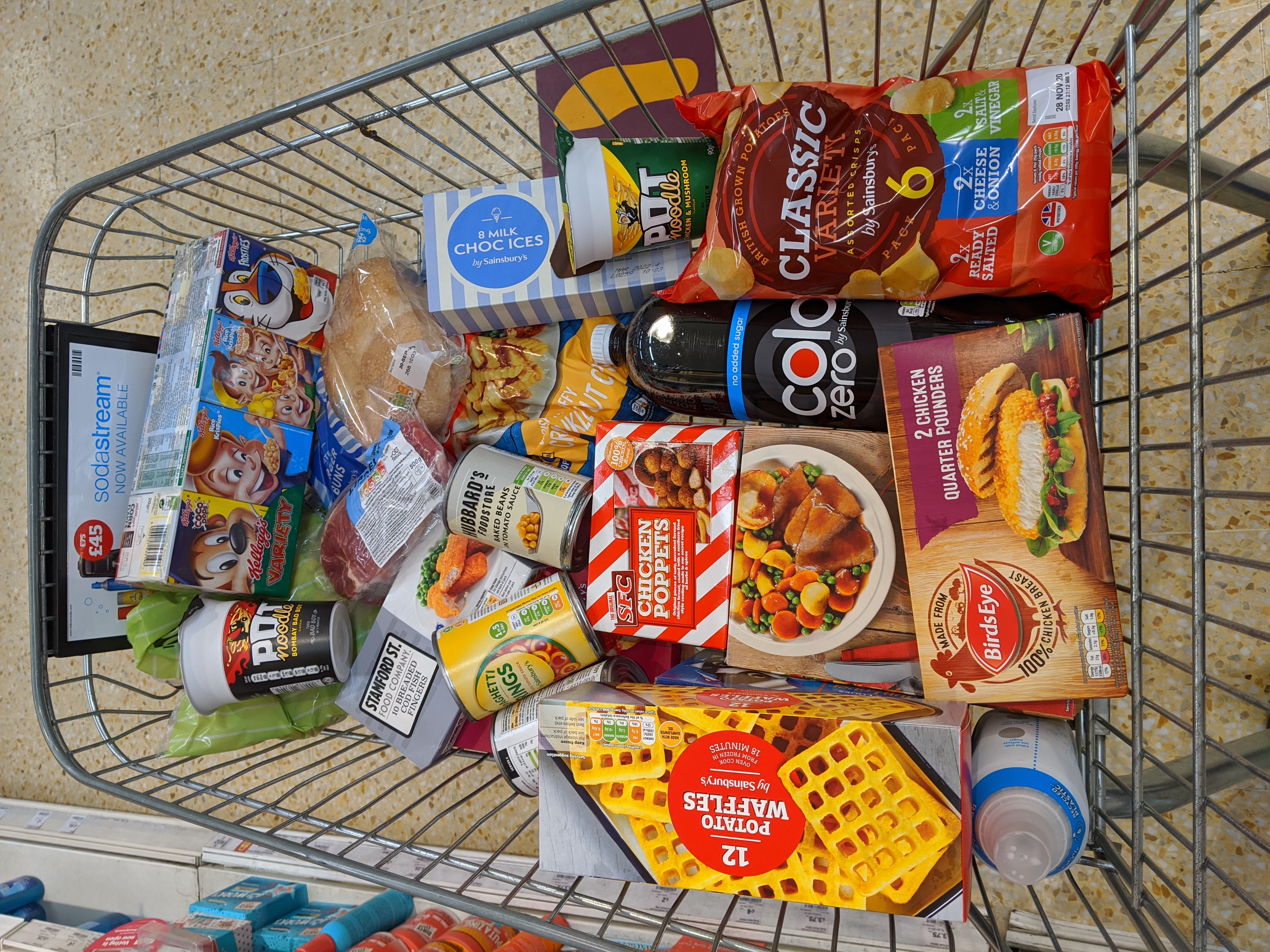 The Eatwell diet: better mood but hours of prep

By week two I was not feeling good, but based on how much I’d saved on food for the week I was determined to prove to myself it was possible to eat healthily on a budget.

I spent hours looking at the guide while planning out my meals, ensuring it ticked off the requirements, like at least one piece of oily fish a week, five portions of fruit and veg a day, basing meals round a starchy carbohydrate such as potatoes, rice or pasta, and opting for less processed, high-fat products.

After a lot of planning, I still didn’t feel confident my diet was reaching the high official standards, but a typical day involved porridge with frozen blueberries or bran flakes with raisins and a glass of orange juice for breakfast.

This was followed by a tuna jacket potato with salad or a chicken salad, and salmon, broccoli and boiled potatoes or vegetable stew for dinner.

HERE is Miranda’s food diary for the healthy eating week:

Lunch: Jacket potato, half a tin of tuna and salad 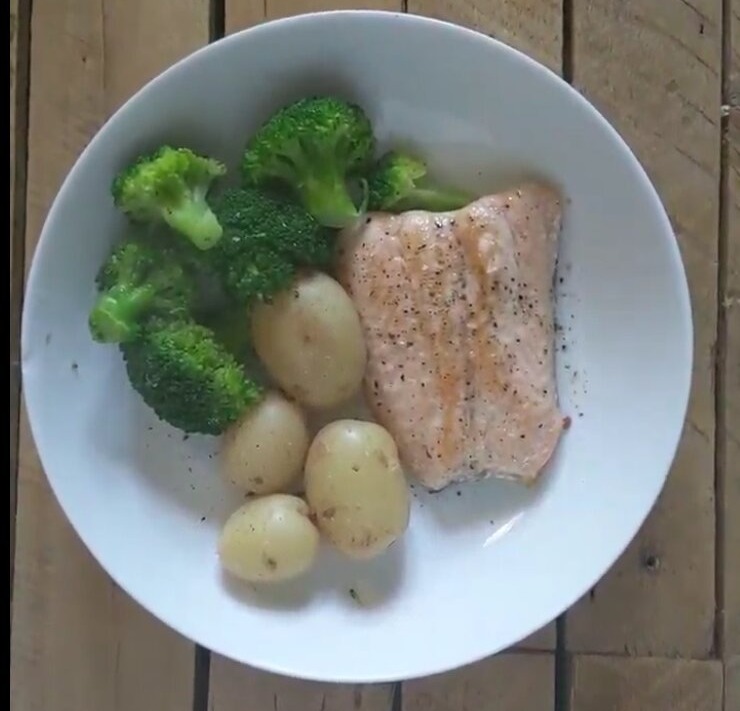 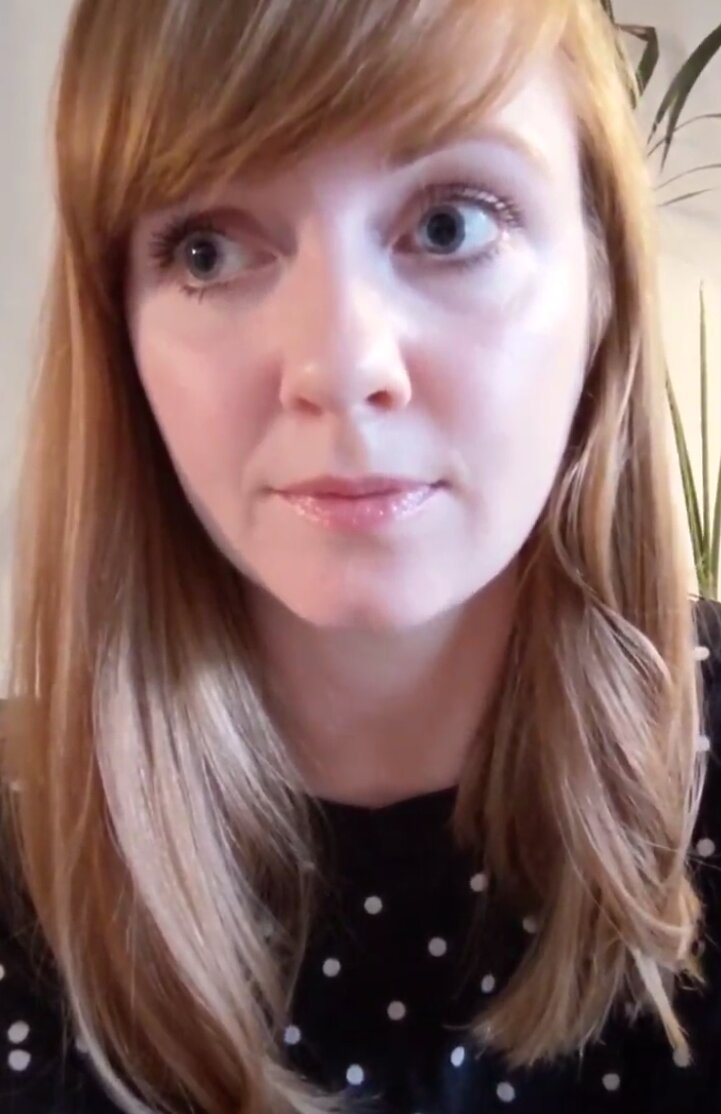 But despite doing things like buying frozen fish to keep the cost down, having the same meal multiple times and buying a whole chicken and butchering it myself, the upfront cost of the shop was still just over £40.

The food used for a week cost approximately £24 – £10 more than the week previously, and the most expensive day cost £4.50.

And while I felt better within myself, it took hours to prepare all my meals and weigh out the portion sizes (a portion of veg is 80g, and it is recommended you have no more than 150ml of fresh juice for one of your five a day).

While I was doing my best to follow the official rules, it's time most of us don’t necessarily have. 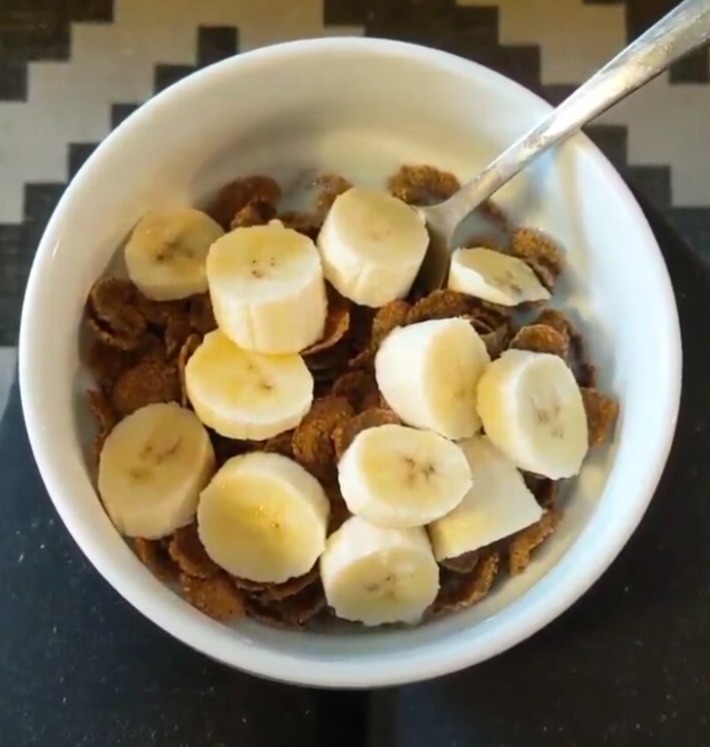 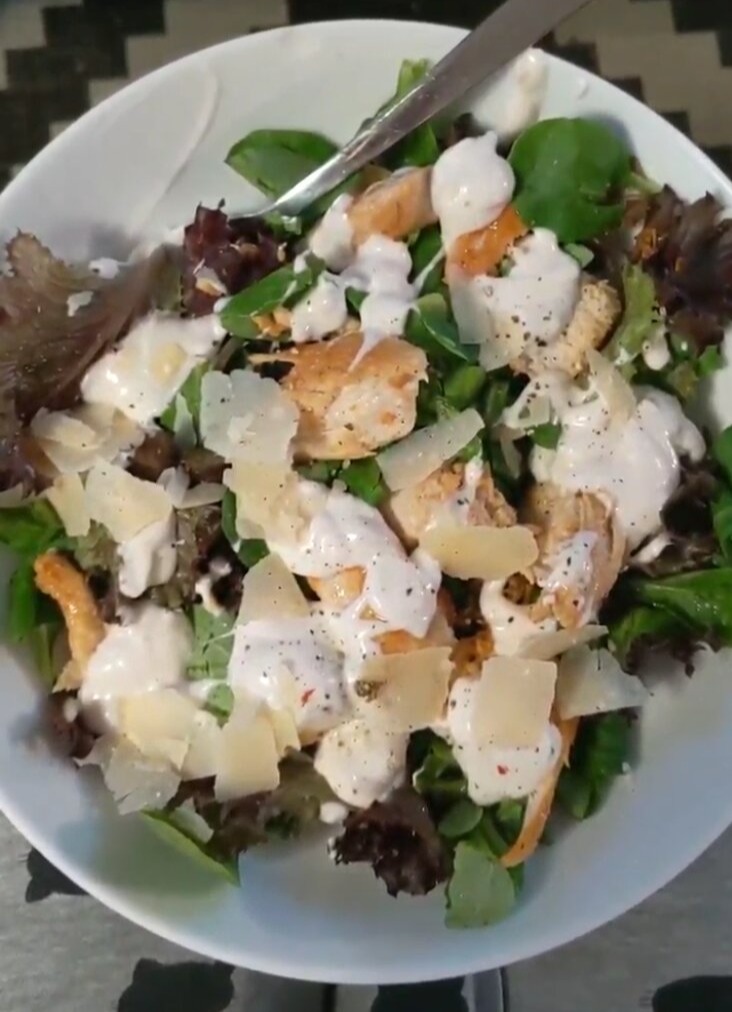 So where do we go wrong, and what can we do to try and improve our diets without breaking the bank?

Nutritionist Mark explains: “We often choose foods that are advertised as ‘good for us.’

How to improve your diet on a budget

MARK Fox, Nutritionist for The Training Room, recommends these simple tips and tricks to improve your diet on a budget:

“Food marketing is powerful and we get brainwashed to think shiny labels and cleverly written words mean it’s good for us.

“Fruit and vegetables don’t have a label on them as a rule because we know they’re good for us and don’t need marketing.

"Avoid any shiny labels that advertise how great they are for you. Usually, the benefits of eating these are so tiny (if any), they’re not worth the extra cost.”

Mark also recommends being careful of portion sizes: 1-2 palms worth of protein each meal; 1-2 fists of vegetables and fruit; 1-2 cupped hands of carbs; and 1-2 thumbs of fats. 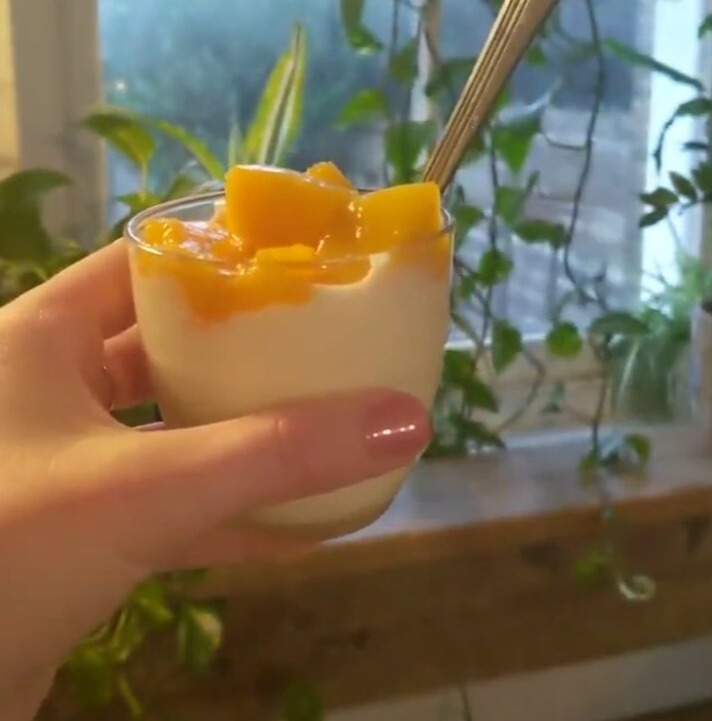 Unlike using scales for measurements, everyone's hands are in proportion to their bodies and very individual. Hand sizes also take away the need to measure every single food to ensure you have the right amount.

But while there are plenty of ‘tips and tricks’ out there designed to improve our diets, one thing is clear.

It shouldn’t be so hard – and so expensive – to have a healthy diet. And in this day and age, it’s tragic not everyone can afford such a ‘luxury’.