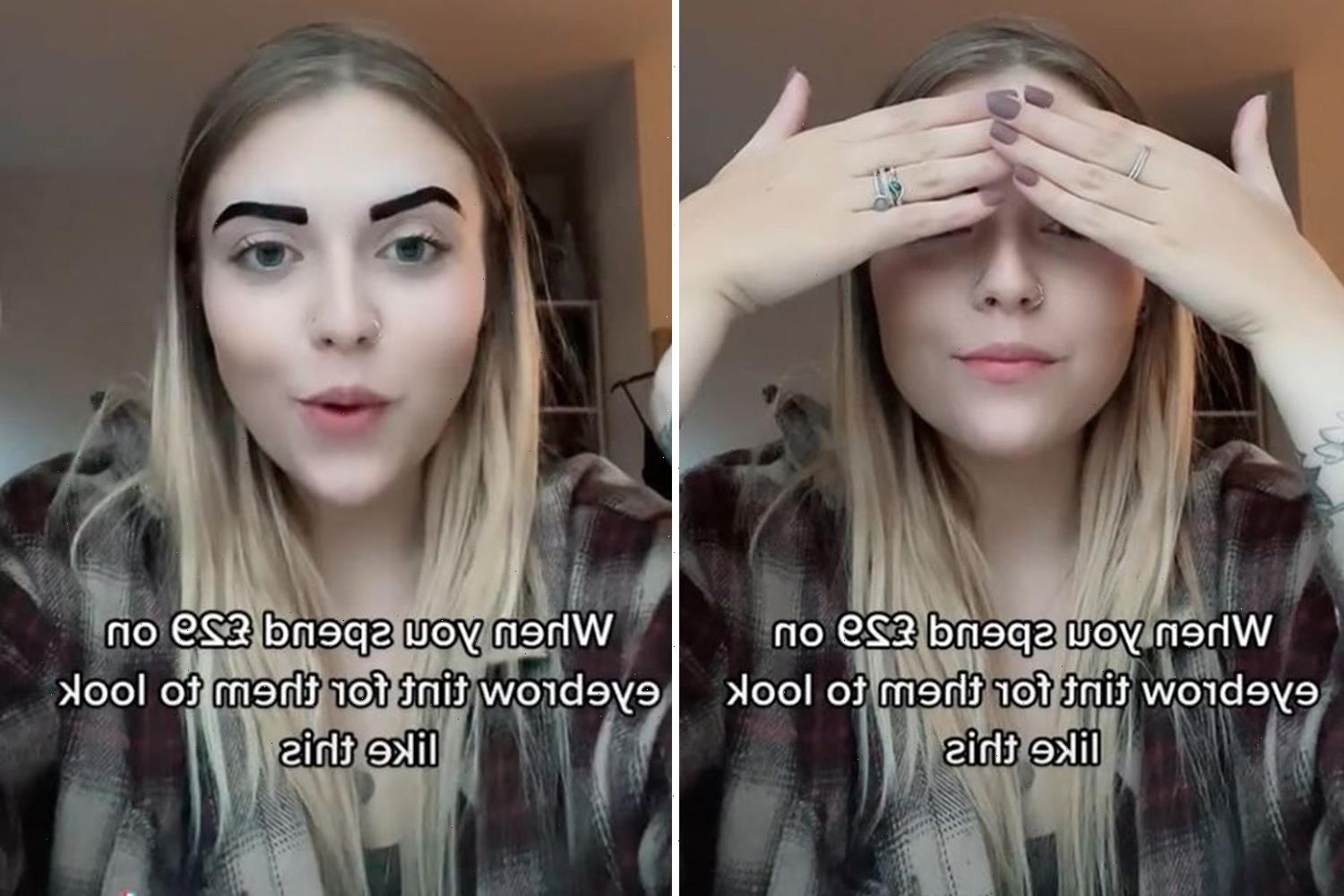 The mum-of-two, Maria, shared the horrendous journey on Tiktok, alongside the caption: ''Subtle.'' 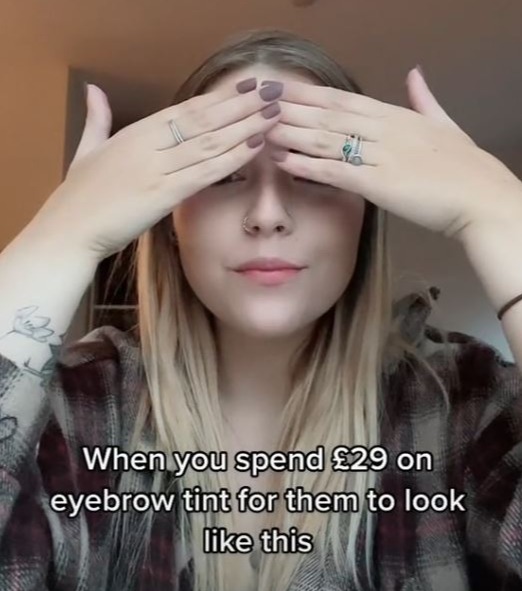 According to the story, she had paid almost £30 for eyebrow tinting but the end result was far from her expectations.

The new brows were so dark in colour, Maria even compared them to two slugs on her forehead.

Amongst the viewers, there was someone who thought the final look was so off, she might as well have drawn them on with a Sharpie.

Despite the panic, one person tried to calm her: ''I know this won’t help now but I tint my own eyebrows and they end up like this then they are supposed to wipe it off a bit later, it’s like a dye.''

There were also those who tried recommending remedies, like this one: ''Use a whitening toothpaste that has hydrogen peroxide in it , I dyed my eyebrows today and I am using the toothpaste as I type this.''

Harry slammed as ‘beyond appalling’ for ‘hurting’ Queen amid security row

''At least your nails look pretty for when you cover your eyebrows,'' someone seemed to have found a silver lining.

''I don't have any advice, so the only positive thing I can think to say genuinely is that you have a nice eyebrow shape,'' another added.

One user didn't think the situation was that bad and commented: ''I actually really like them, I think you look lovely.''

Meanwhile, a woman's been left mortified after dyeing her brows with Just For Men – it looks like POO and wouldn't come off her skin.

Plus, a doctor has had an eyebrow transplant worth £11,000 – because she was fed up of putting on makeup every morning.

Also, one woman revealed the horrendous allergic reaction she had when getting her eyebrows tinted. 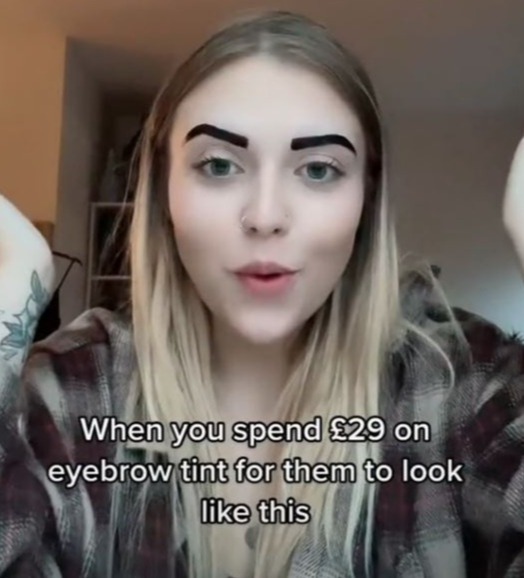