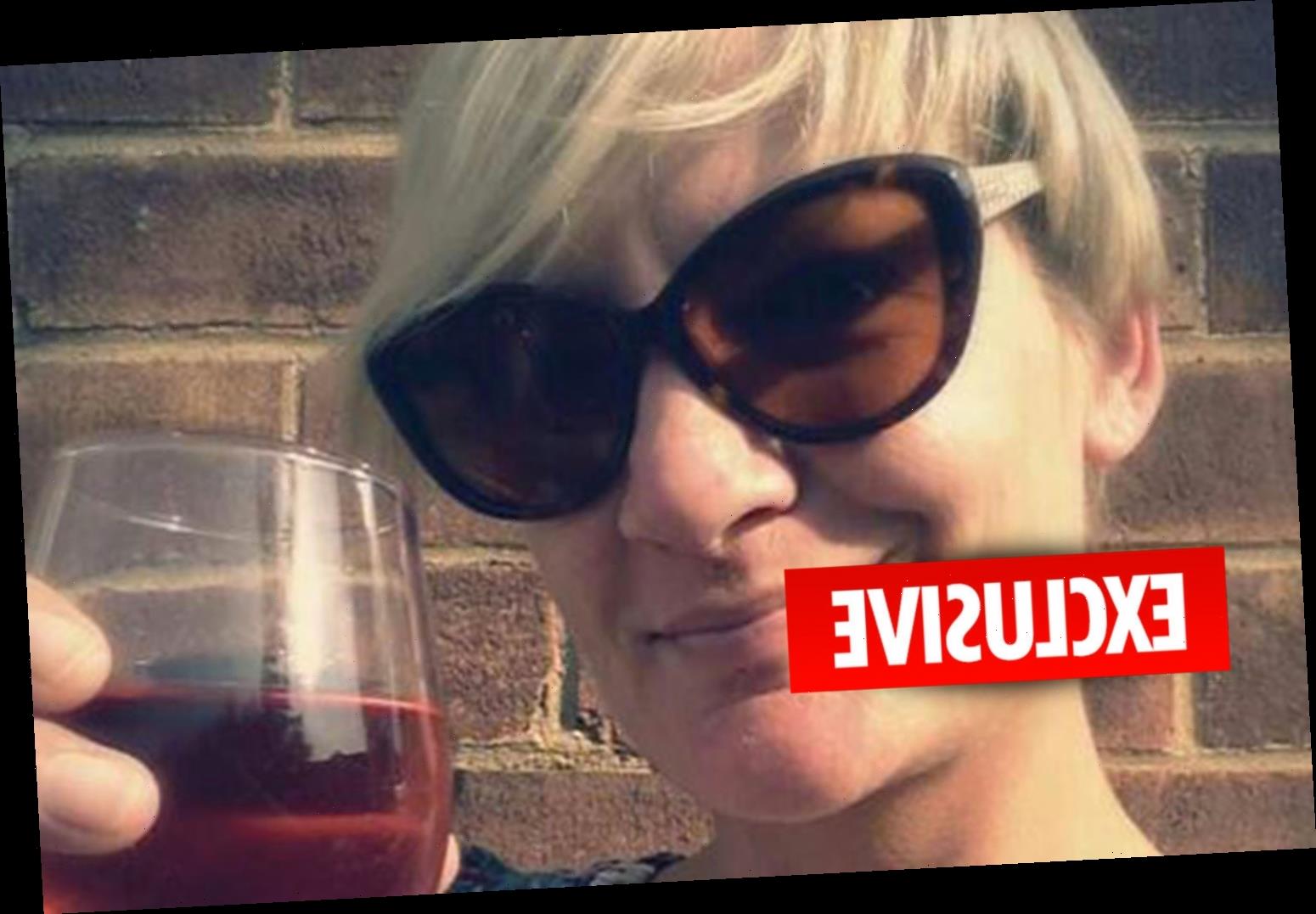 A MUM has revealed how she used to down two bottles of wine-a-night before hiding the bottles from her partner.

Jessica Roberts, 47, from Essex, started drinking at the age of 13 and was always a "party girl" but hit rock bottom with alcohol misuse disorder over Christmas 2019. 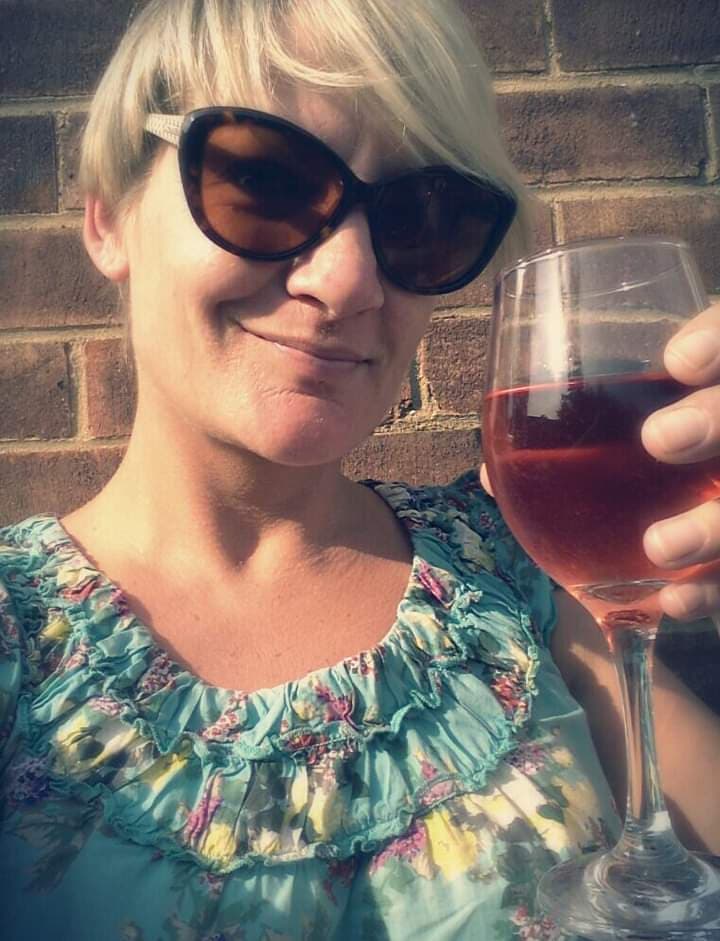 The office administrator, who has a nine-year-old daughter, admits she "ruined" the day, spending much of it in bed hungover, then choosing to down Amaretto and Coke instead of her Christmas dinner.

Finally realising she needed to quit boozing for good, Jessica turned sober on New Year's Day 2020 and hasn't touched a drop since.

Speaking to Fabulous following the one-year milestone, she says: "Last Christmas was rock bottom. My partner was ready to leave me because of my drinking.

"My life was falling apart. I had to take time off work. I thought my job was making me stressed, when actually I love my job, but I was so fuzzy I couldn't see my full potential. 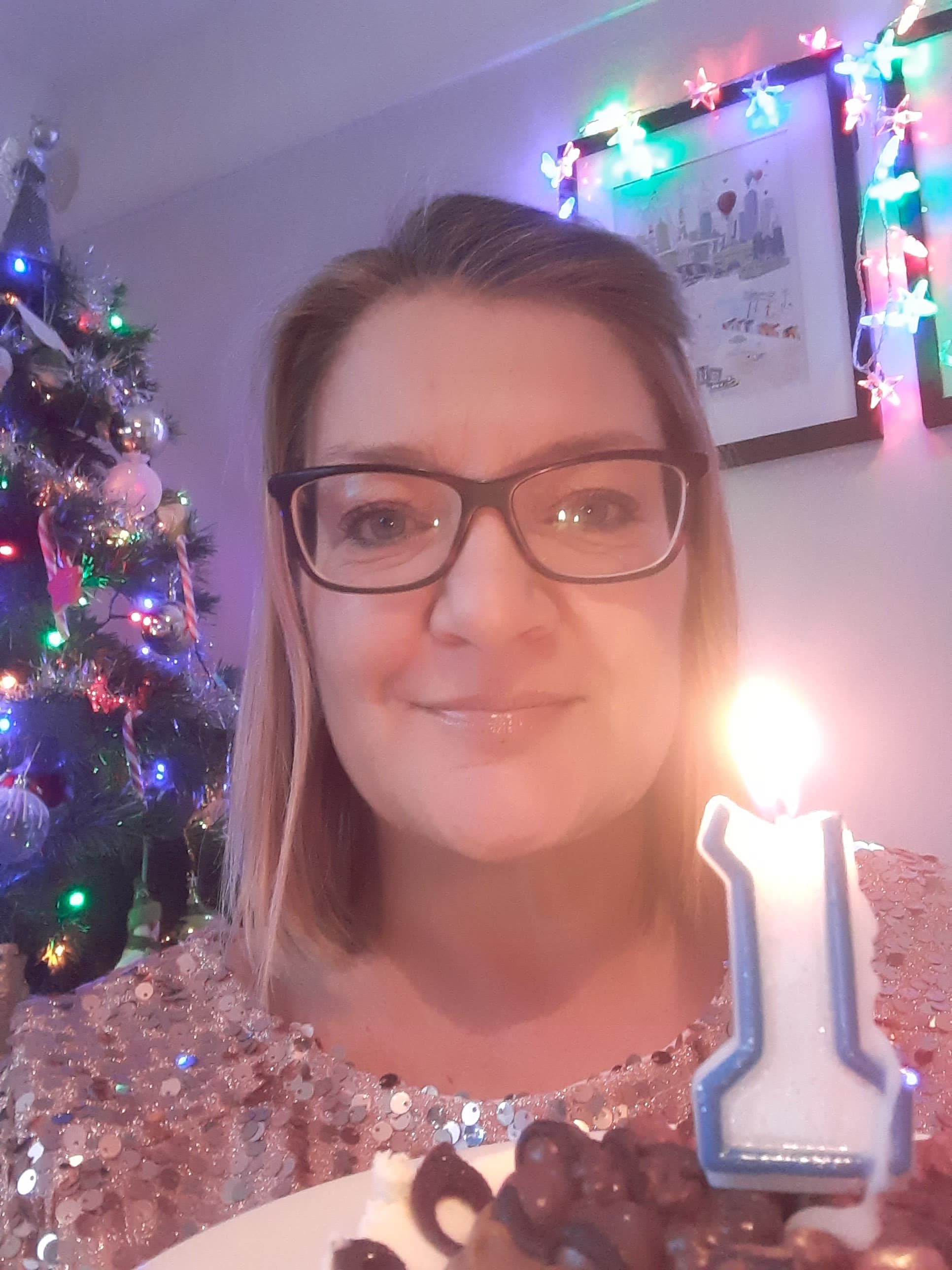 "I was diagnosed with depression and anxiety. I took six weeks off, when actually I only felt that way because I was drinking two bottles of wine-a-night.

"As soon as I stopped drinking, the anxiety disappeared."

Jessica, who says she was mentally but not physically addicted to alcohol, had her first taste for booze aged 13.

Last Christmas was rock bottom. My partner was ready to leave me because of my drinking. My life was falling apart

She said: "I started drinking when I was 13. I used to have martini, I remember because I've never been able to touch it since then.

"I was on one massive hedonistic party all around the world.

"I always had a ‘go hard or go home’ mentality. I was a party animal, excessive. I had regular blackouts and was travelling with people who were of the same philosophy.

"I had no intention to even have children because I loved partying so much, my life was all about travelling, gigs and festivals.

"One night, when I was working in London, I fell asleep on the Tube back to Essex and woke up at the end of the line in south-west London. Someone had stolen my glasses off my face because I was so drunk.

"Another time, I fell over and broke my wrist at Ministry of Sound – I didn't even realise until the next day." 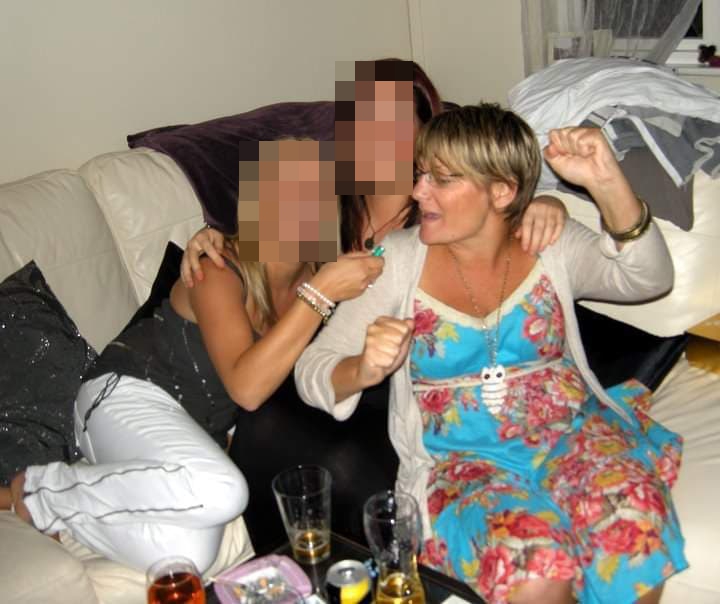 Aged 37, Jessica fell pregnant with her daughter after a brief relationship – and stopped drinking.

But she soon fell back into old habits, hitting the bottle after her daughter went to bed.

She met her partner David*, a construction worker, in the pub eight years ago. But although he does drink, he was never dependent on it like Jessica.

She says: "Once I had a drink, I couldn't stop. That's how I realised I had a problem.

I would go to Tesco after work and buy two bottles of wine. I wouldn’t share the wine with my partner, I used to drink in the kitchen because I was trying to hide how much I was having

"I would go to Tesco after work but I wouldn't buy three bottles of wine because I know I'd end up drinking them all that night.

"So I'd get two, or maybe four beers and a bottle of wine. I wouldn’t share the wine with my partner.

"I used to drink in the kitchen, I'd be cooking but I'd spend a lot longer in there than I needed to, because I was trying to hide how much I was having. 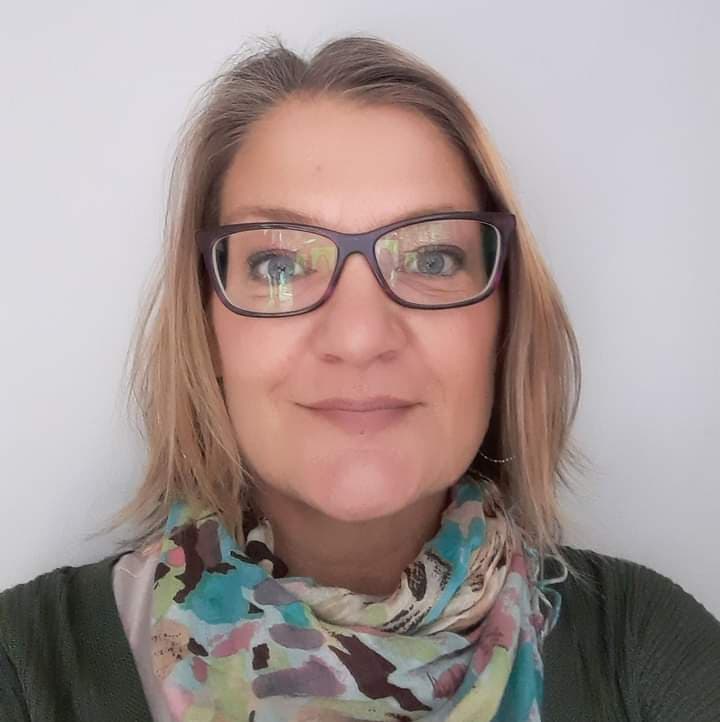 "He'd be enjoying a glass in the living room while I'd be guzzling several down.

"I would hide my bottles at the bottom of the bin, I hadn't got as far to start stashing them in shoes or anything.

"But David knew what I was doing, he wasn't stupid. He could tell I'd had a drink because I'd be stumbling around and he'd think 'well, where's the bottle?'

"He calls drunk me a 'pest', I was never violent, angry or aggressive – although sometimes I would get argumentative.

"If anything I just wanted  to eat a packet of crisps, half a block of cheese and go to bed." 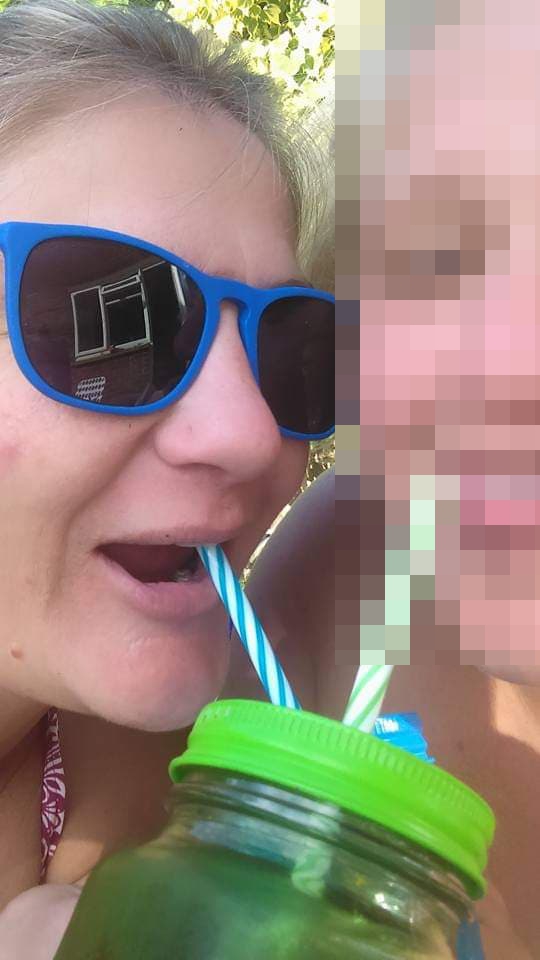 Jessica's wine habit was costing her £3,640-a-year and was impacting her work, where she was constantly hungover.

She says: "I’ve got a well paid job so the bills were still being paid, we didn’t go without.

"But when I sat down and actually worked it out, I was spending £70-a-week.

"Now I'm not overdrawn every month and I've been able to buy a new kitchen with the money I saved.

"It’s a budget one, not top of the range, but I paid for it myself out of the money I would've spent on wine, which was a huge achievement." 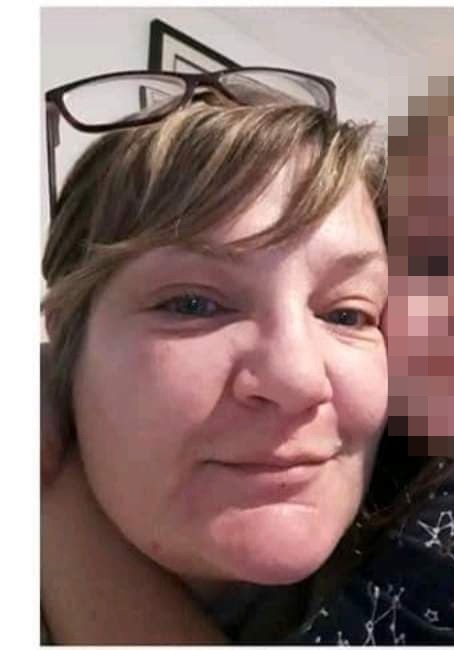 She adds: "Drinking was my reward at the end of the day, I wasn't pouring it on my cornflakes but it was still impacting my life.

"David was ready to leave, he’d absolutely had enough of my broken promises.

"Even I was getting sick of my own bulls***. Every morning, I’d tell myself ‘you won’t drink tonight, you’ll drive straight past Tesco and come home’.

"But by 3.30, I’d start thinking ‘ooh I’ve worked really hard today, I’ll get myself two bottles of wine, I won’t drink them both tonight though’. It was this game I was playing with myself.

I was spending £70-a-week on wine. Now I'm not overdrawn every month and I've been able to buy a new kitchen with the money I saved

"I’m very lucky my daughter was in bed when this was going on.

"She’d go to bed at 7pm, I’d usually have already had a couple of drinks by then but she'd be oblivious to what happened afterwards.

"Now she’s aware of everything, so I think I stopped just in the nick of time.

"Back then, I was a shadow of the person I am now.

"My life's changed, I absolutely love my job and have taken on extra responsibilities.

"My relationship's so much more solid and I'm mentally here now. Before, if I didn't have an awful hangover I was probably drinking." 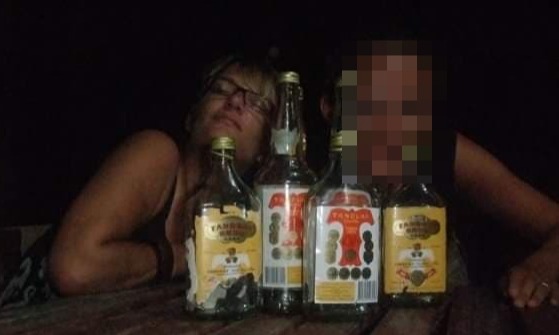 Jessica made going sober her 2020 New Year's Resolution, after a particularly bad spell at Christmas.

She says: "I had two weeks off work, so I was getting up in the morning and doing odd chores, then by lunchtime I'd be saying 'let's crack open a bottle of wine'.

"You feel like you can at Christmas, everyone's doing it, but it was really affecting my mental health and I was waking up at 4am every day with awful anxiety.

"I got pretty pissed on Christmas Eve, I managed to wrap the presents but I'd had a bottle of wine, a few large gin & tonics and Bailey's too.

"I woke up on Christmas morning feeling absolutely s***, David made some Bucks Fizz to have with a breakfast of scrambled eggs and salmon but I couldn't face eating.

"I watched my daughter open her presents and then went back to bed, feeling sick.

"All I wanted to do was feel sorry for myself, until it was time for another drink.

"I ruined the day. My daughter had a good time but the atmosphere between David and me was horrendous.

"He spent hours making this Christmas dinner, I picked at it but I just couldn’t eat it, I chose to have an Amaretto and Coke instead.

"We'd spent so much time and money organising everything but the old me didn't care.

"David later told me he'd cried as he scraped my Christmas dinner into the bin. He was really, really upset with me and confronted me on Boxing Day.

"I said ‘I know, this has got to stop’. I was feeling really low and depressed, I was still having my nightly drinks but I went cold turkey on New Year's Day." 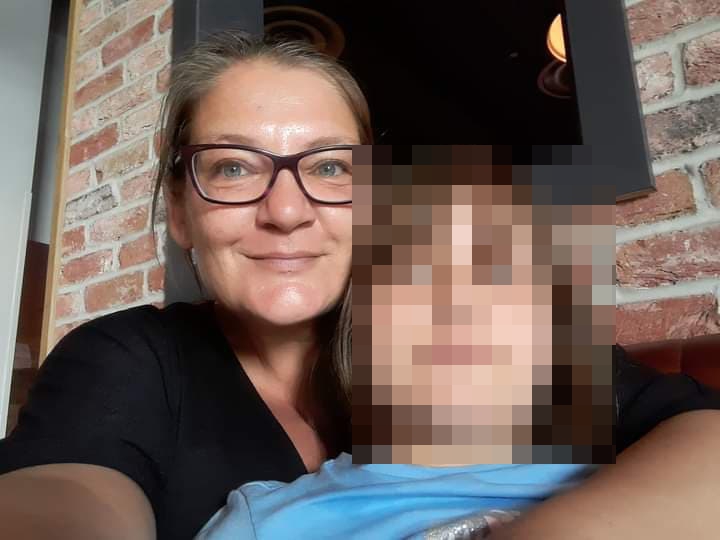 Determined to give alcohol the boot for good, Jessica went to a local AA meeting in the first week in January.

She says: "I didn’t feel it was for me, but it gave me a glimpse into my future.

"These poor buggers sitting around me had lost everything – wives, children, jobs.

"That’s the worst case scenario but it had happened to these people, so I thought ‘this could easily happen to me’.

"I’d been sober since New Year so I hadn’t had a drink in four days, I thought ‘I need to knock this on the head before I lose my home, my job, my daughter and my boyfriend’.

"That’s where it was headed, not the next day but in five years’ time."

Instead of AA, Jessica joined the Club Soda Facebook group, a support group for people trying to cut back on drinking.

She says: "I realised there were so many people like me, making the same mistakes and upsetting their families. I had found my tribe.

"I put a comment out asking ‘does anyone else live in the Essex area?’ There were four of us so I set up a WhatsApp group and we all supported each other."

Are you worried about your drinking?

The NHS advise both men and women not to regularly drink more than 14 units-a-week.

Each unit equates to half a pint of beer or a single shot. A large glass of wine (250ml) is 3 units.

Failing to remember what happened the night before, missing appointments/work because you're drunk/hungover and feeling guilty about your drinking could be signs of alcohol misuse.

If you're concerned about your drinking or someone else's, a good first step is to see your GP.

You can also call the following helplines:

Determined not to start drinking again, Jessica swapped evenings standing in the kitchen with a glass of wine for early nights and Netflix binges.

She says: "I tried to change my habits. I knew I couldn't hang about in the kitchen anymore.

"I drank soda water whenever I felt like I needed a drink, I was downing two litres a night at one point and I told myself I could eat a tub of ice cream if I wanted to, it's better than drinking two bottles of wine.

"David looked after things at home, I couldn't have done this without him, he's brilliant and congratulates me all the time.

"I found this Christmas just gone a bit difficult, but he said 'you don't give yourself enough credit for how far you've come this year'.

"Now whenever I fancy 'just one drink', I play the tape forward and remind myself where my life could have ended up.

"My boss was so supportive, I was very open with him and he helped me through it.

"I also saw my GP, who gave me acamprosate – a medication used to treat alcohol dependence – but I didn't feel like it was helping, so only took it for a week.

"And I read a tremendous book about the science behind alcohol addiction, called This Naked Mind by Annie Grace, which made me understand what alcohol was doing to my brain.

"I kept Googling ‘have I got a drinking problem?’I think once you start to ask yourself that question, you’ve pretty much answered it.

"I'm so proud to be a year sober, I'll never go back to how I was before."

*David is not his real name.