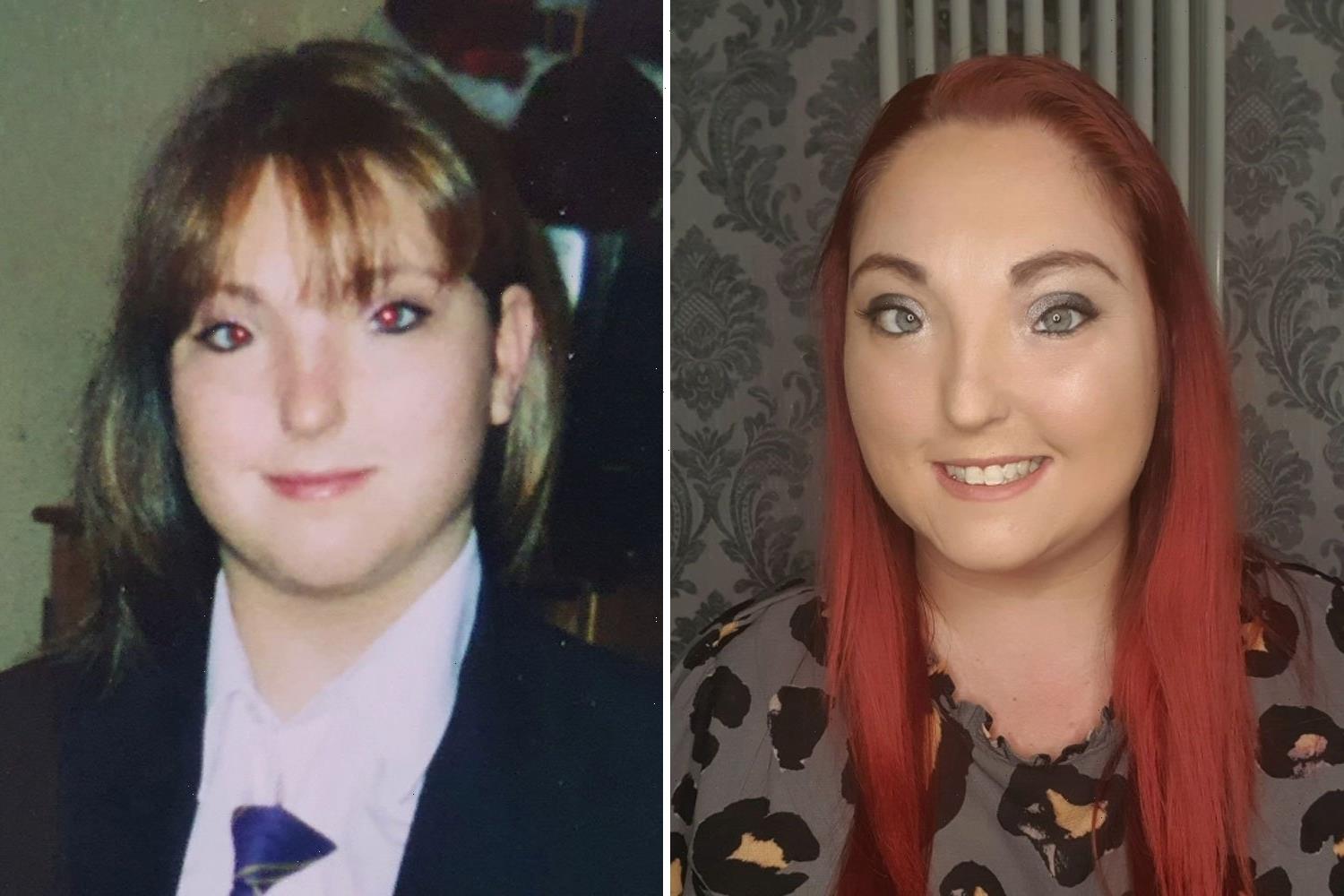 Here, the author recalls what it was like growing up with Waardenburg syndrome, a genetic condition that causes congenital hearing loss and pigmentation deficiencies. 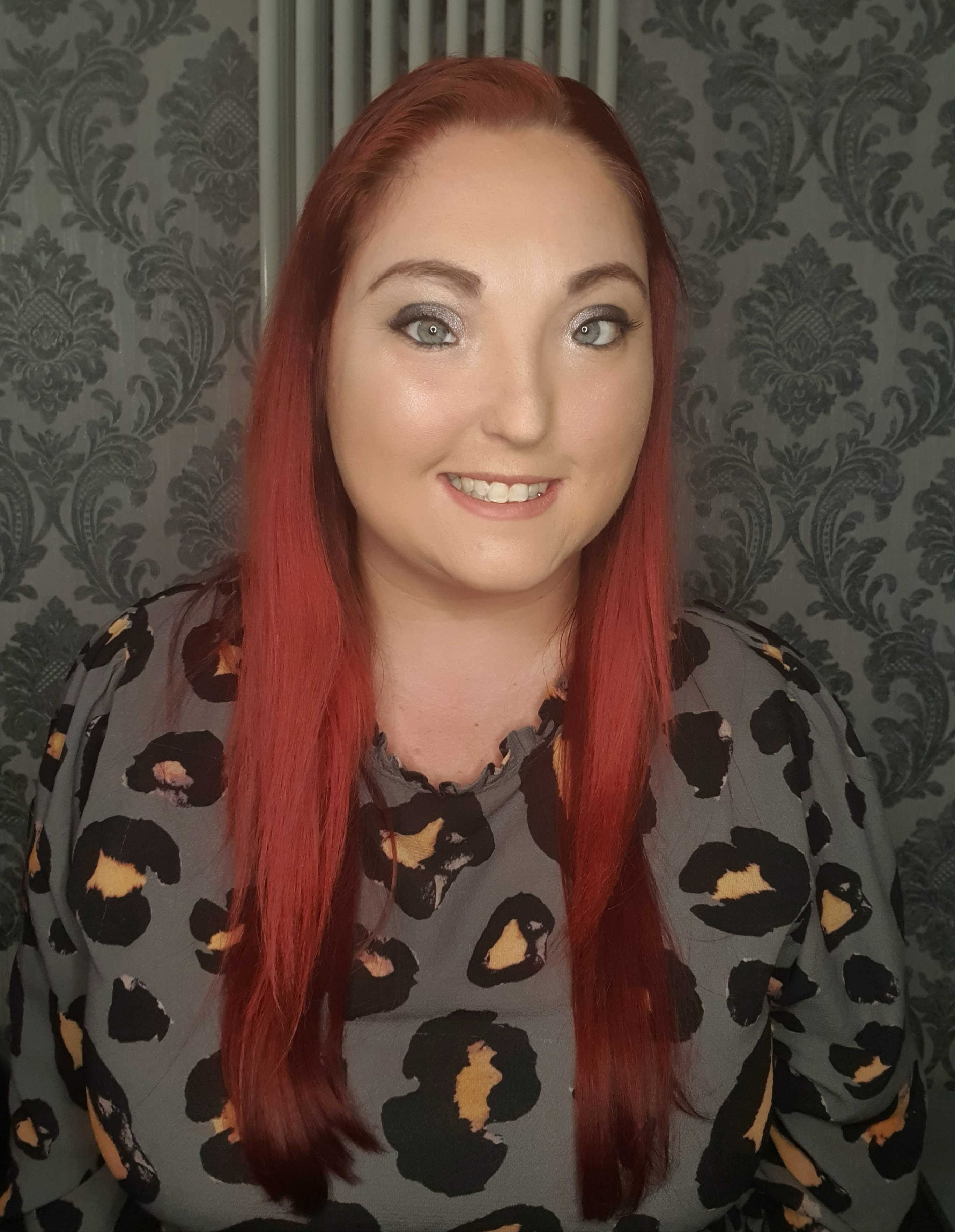 “Panic rushed through me as the bully shoved me against a wall, pointed a pair of scissors at my face and threatened to stab me.

As she called me a freak, I managed to push her off and run away. I was just 13 – but no stranger to abuse. I’d been born with the same wide-set eyes as my mum Leanne, now 48, who had also faced bullying.

I first became a target in primary school, aged nine. Being called a freak really hurt, and by the time I was 10 in 2001, I was so badly affected that my parents arranged for me to see a counsellor.

I remember seeing a tear roll down my mum’s cheek as she heard me tell this stranger that I wanted to cut out my eyes. I would have given anything not to be different.

Despite the counsellor encouraging me to be honest with teachers, I was too scared to report the bullying, so I pretended that things were OK. 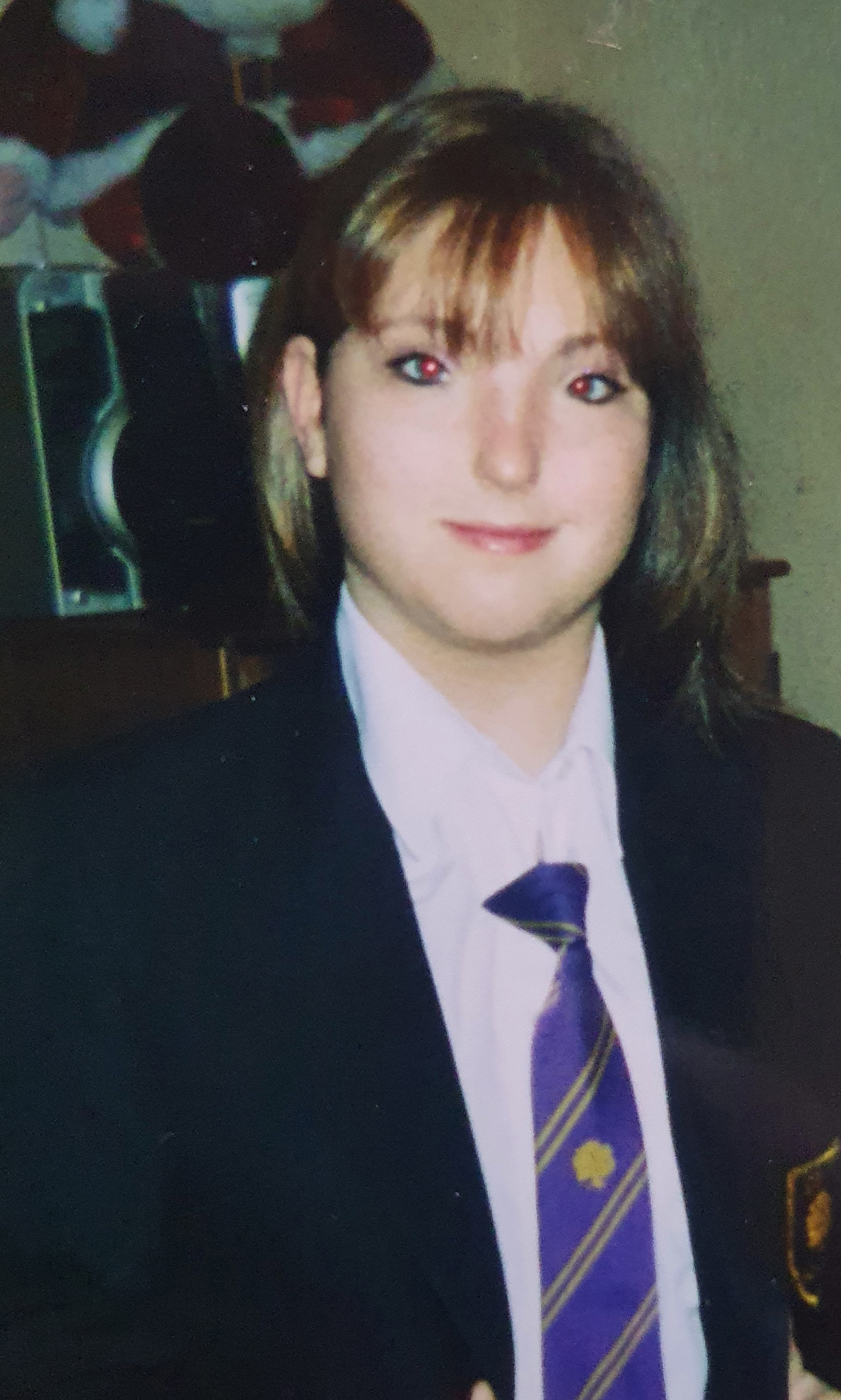 But by the time I went to secondary school in 2002, the attacks had got worse. Kids would hit me on the head and no one dared to be my friend. I was called ‘alien or ‘cat eyes’ on a daily basis, while others roared with laughter.

By the time some school kids smashed a bottle on my head as I walked through a park when I was 14, I was feeling suicidal.

My parents had meetings with teachers, where they were told that the school was taking action, but nothing changed.

My mum wrote to local MPs for help, but none came. The school gave me a flexible schedule so that I wouldn’t have to walk along the corridors at the same time as other students, but that only isolated me even more.

My parents asked if I wanted to move schools, but I didn’t see the point, as I knew I’d just get made fun of elsewhere, too. 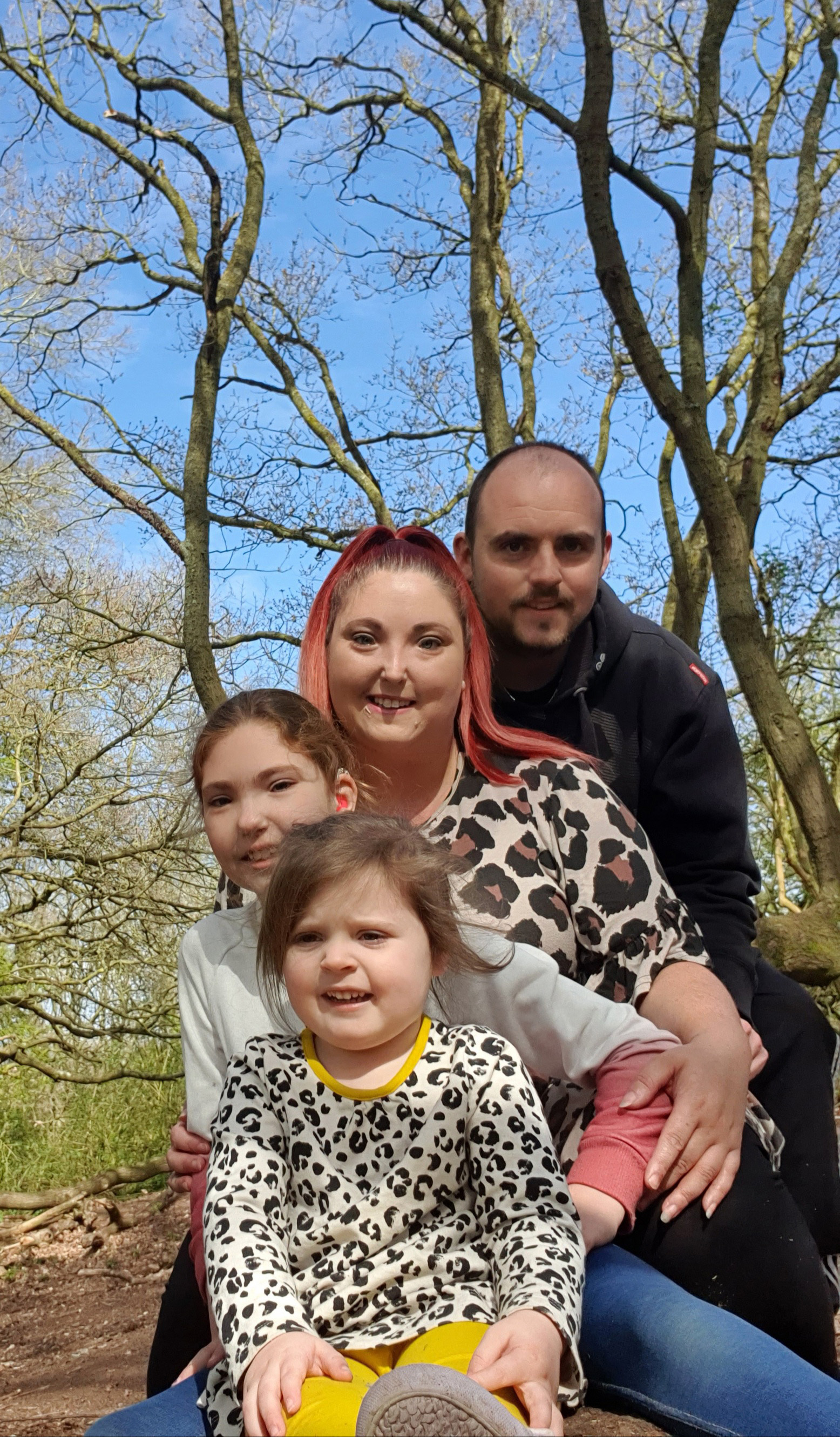 The deputy head suggested I write an anonymous letter for him to read out in front of the entire school, explaining how the bullying made me feel.

But everyone realised it was me, and afterwards I was tripped up, punched and told that I would be stabbed. After leaving school at 16, in 2007 I started college and began working part-time in a series of bar and care jobs.

Keen to be the victim no longer, I painted myself as the life and soul of the party, yet inside I despised myself.

In March 2012, I became a single mum to my daughter Lacey. She was born with the same wide-set eyes as me, and when she failed her newborn hearing test, doctors investigated.

At 18 months, she was diagnosed with a genetic condition called Waardenburg syndrome and given hearing aids. During one appointment, a specialist said to me: ‘You have the condition, too.’ 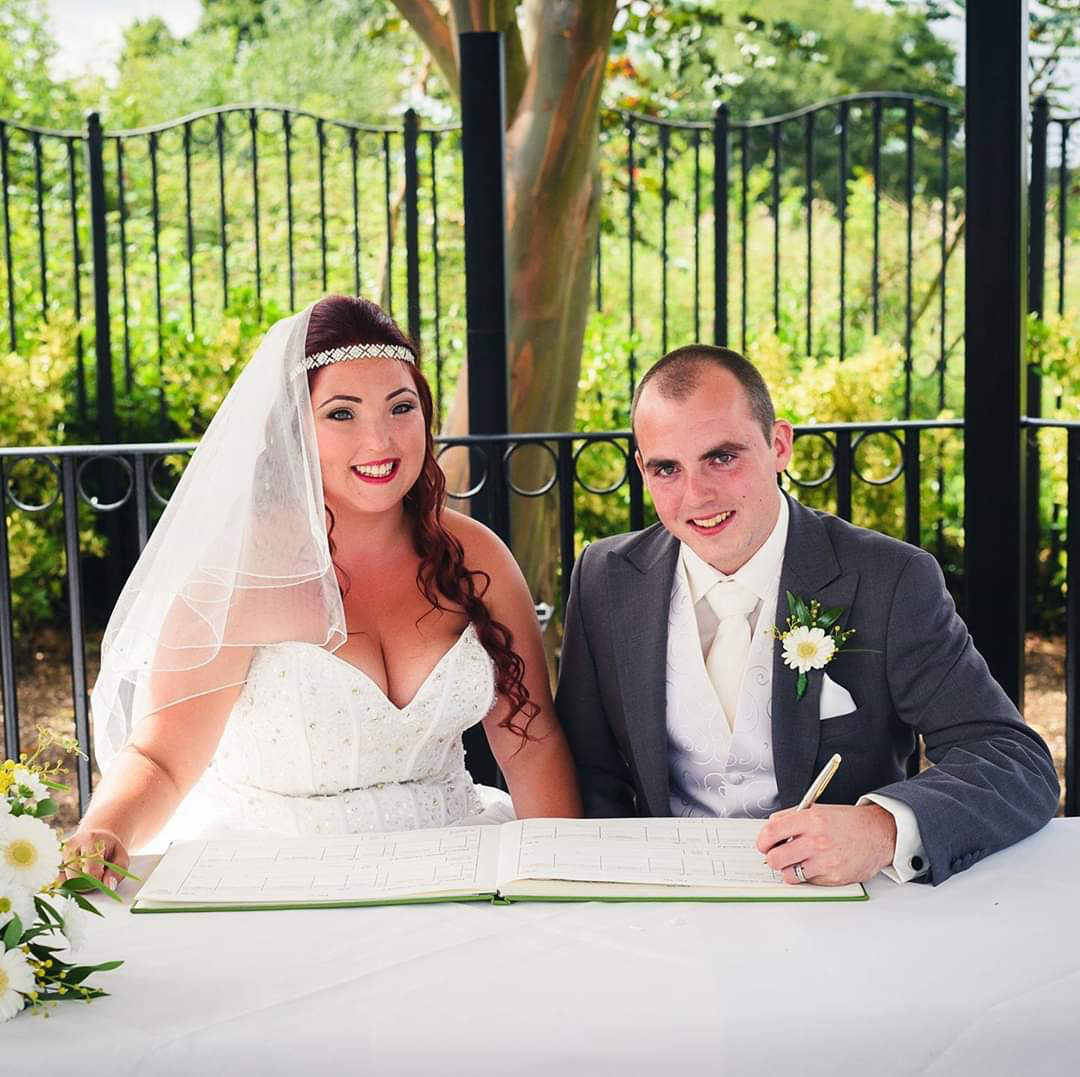 They asked if they could run tests for research, but I didn’t want to participate – I didn’t have a hearing impairment and the only characteristic I had was my eyes.

After spending my whole life telling people there was nothing wrong with me, it was unsettling to learn that I did have a medical condition.

In 2013, aged 22, I started dating Luke, a friend I’d known for years. He said I was gorgeous and I felt accepted at last.

I passed an early years education NVQ, keen to show Lacey she could do anything. Three years later, Luke and I married and I felt confident being the centre of attention.

When Lola was born in June 2017, she didn’t inherit my eyes and had no hearing issues, so we haven’t had her tested for Waardenburg. 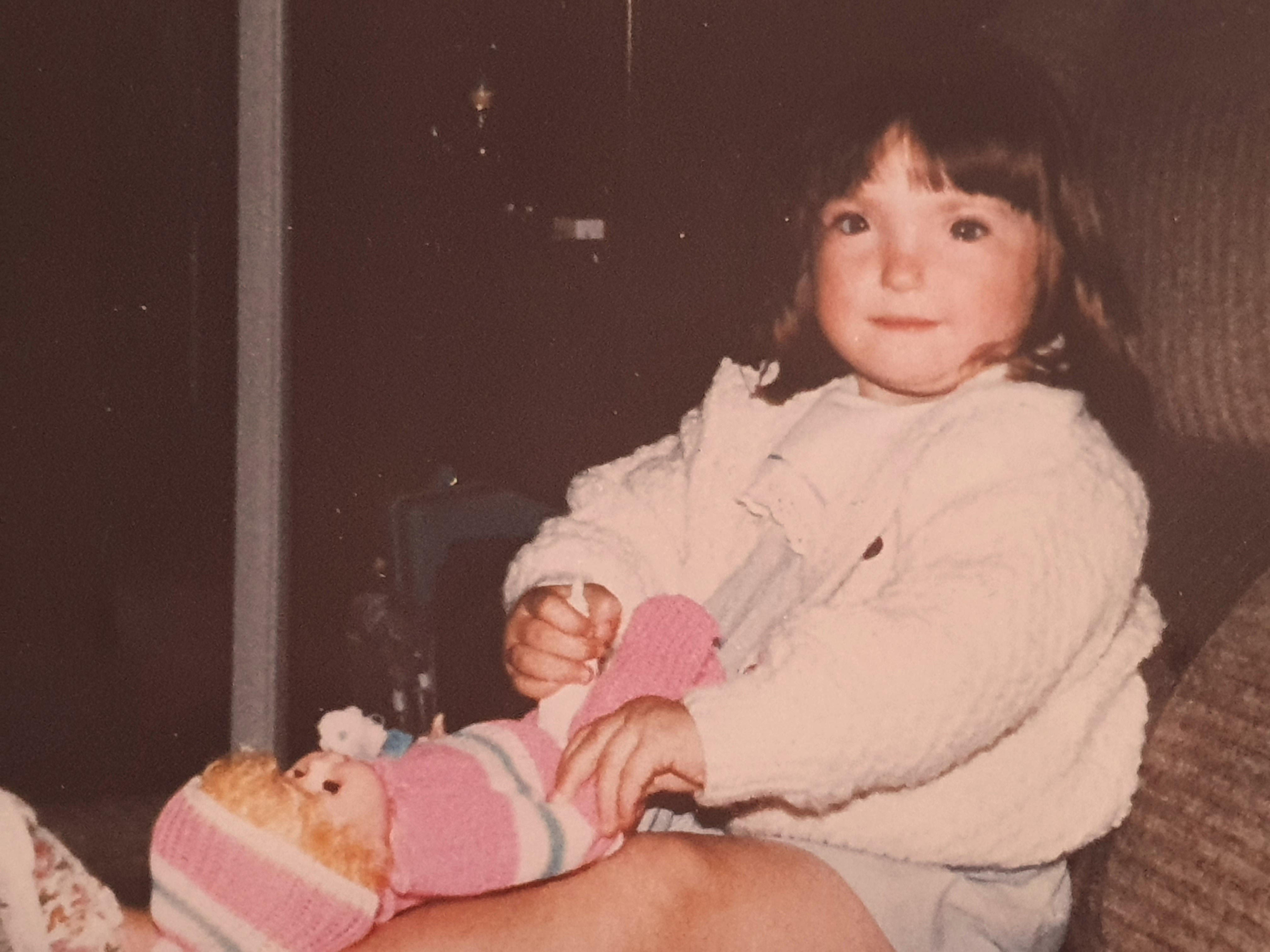 In 2019, a publisher I’d met on an online education course approached me to write a book about what I’d been through, and how when you get knocked down you can get up again.

When it came out in March this year, I was contacted by a woman who had been in the same friendship group as the kids who threw bottles at me in school.

She said she remembered seeing me crying and apologised. Hearing this really helped me start healing.

Now I’ve turned my life around – with an Amazon bestseller to boot! Though I worry that Lacey will get bullied too, I want her to see that her condition doesn’t define her.

My kids have inspired me to be brave. In turn, I’m teaching them that even if someone looks different, they don’t deserve to be second best.”