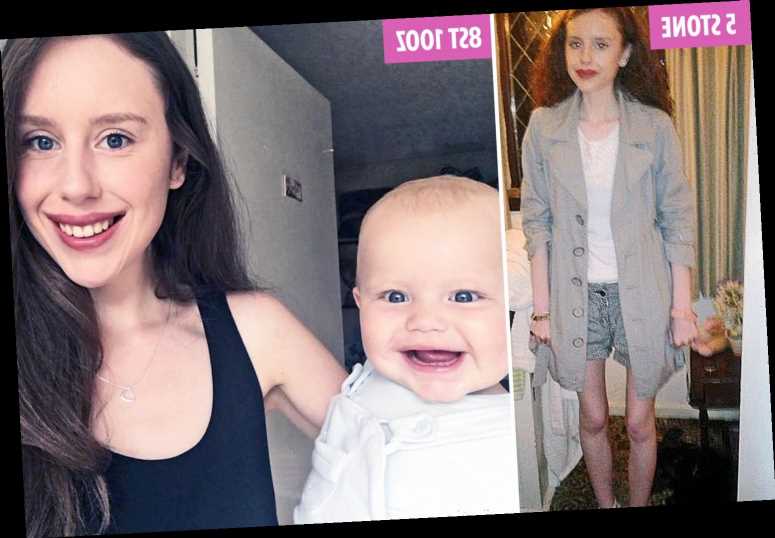 A FORMER anorexic who weighed just five stone at her smallest has revealed how her unborn son saved her life.

Mum-of-one, Amber Robinson, 25, from Walsall, West Midlands, developed anorexia when she was 17 and, at her worst, survived on just an apple a fortnight. 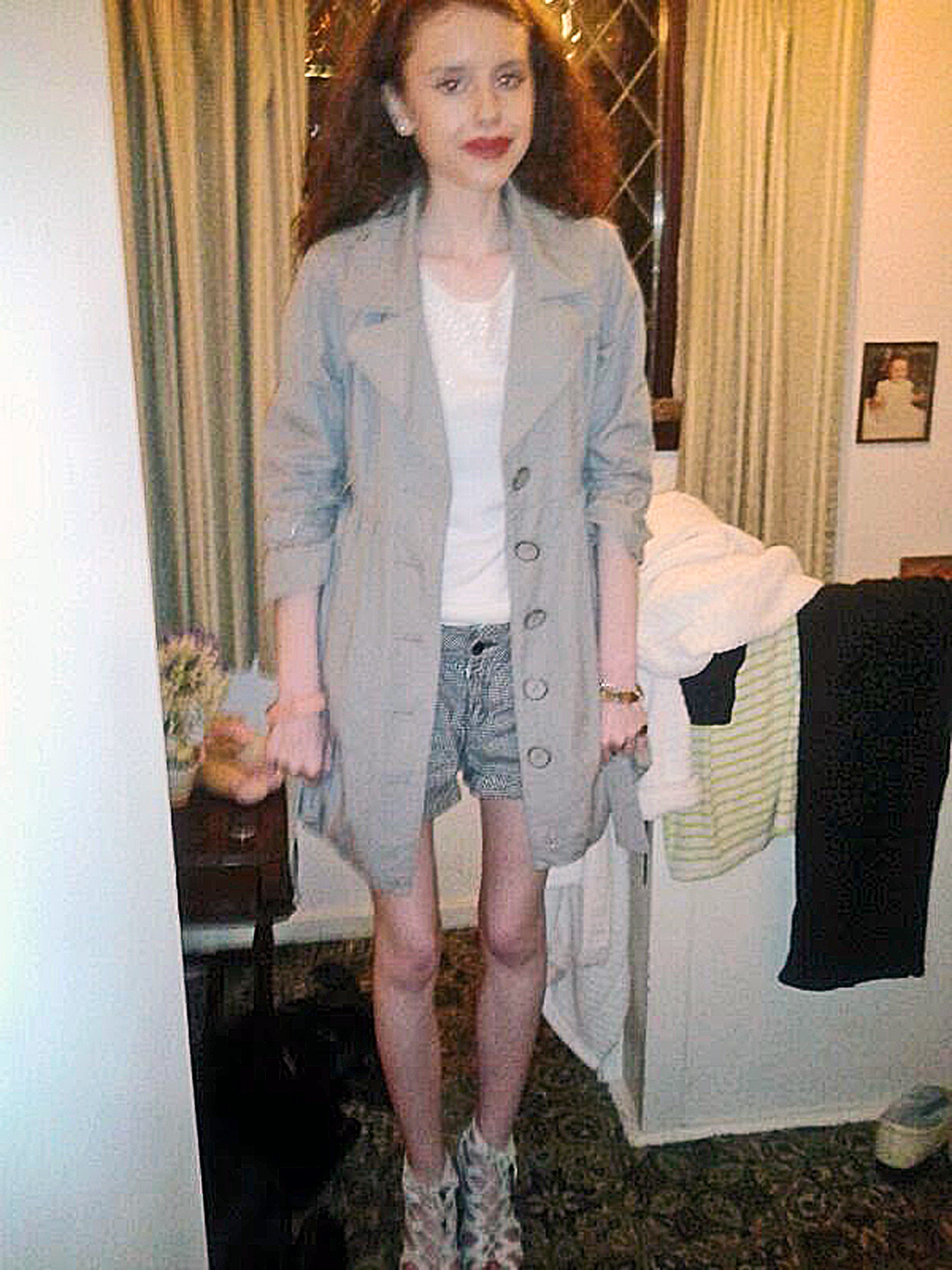 With a body mass index (BMI) of just 12 – way below the NHS healthy recommendation of 18 to 25, Amber didn’t have a period for a year, and was warned she might not be able to conceive.

For three years Amber struggled with an eating disorder.

But when she fell pregnant in April 2017, aged 22, she found the strength to recover for the sake of her baby. 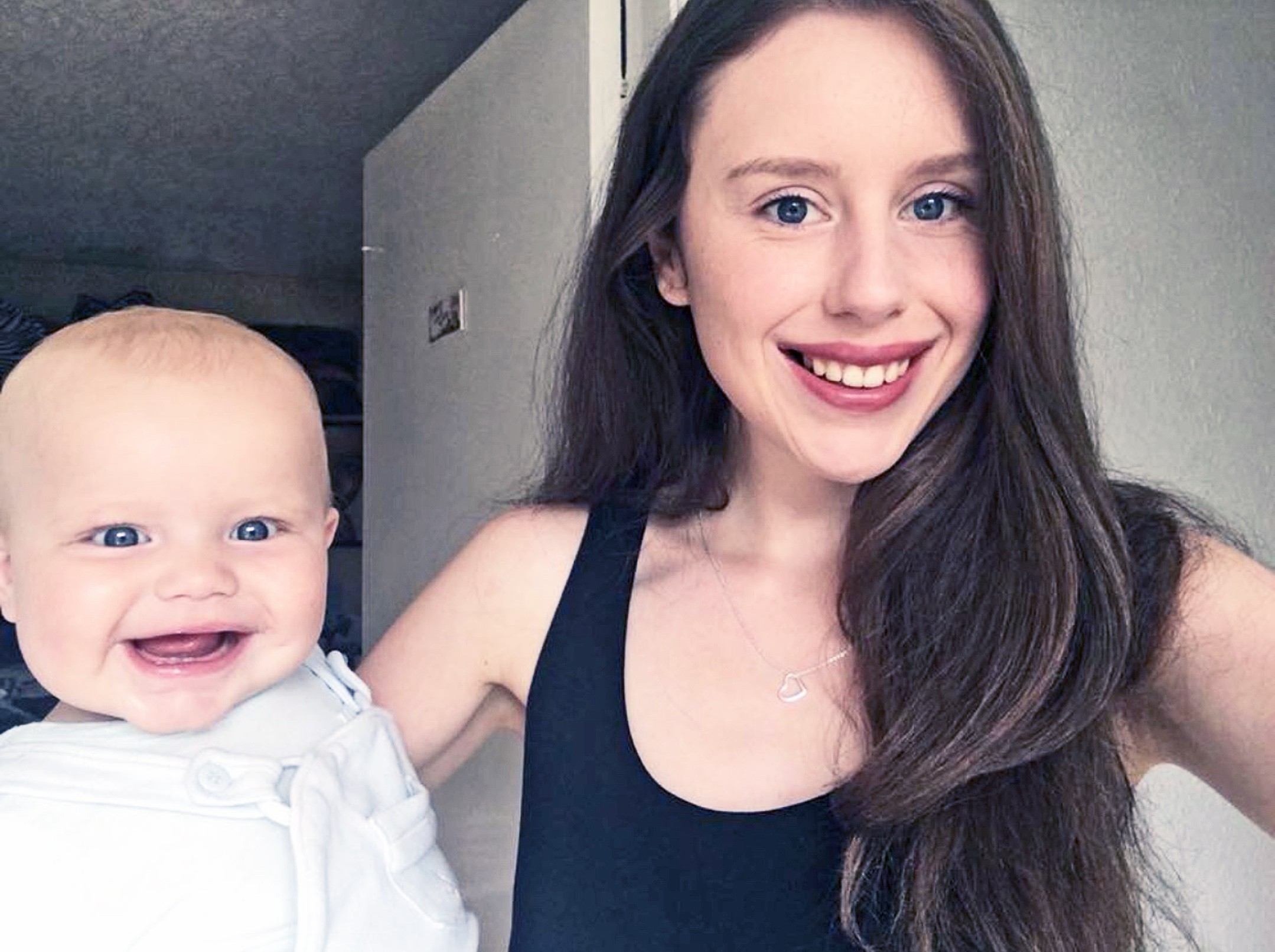 The full-time mum, says on Eating Disorder Week: “Mio was the reason I needed to recover and stay healthy.

“When I found out I was pregnant, it was the scariest moment of my life.

“I was terrified of gaining weight in my pregnancy, but I had to understand that my body was changing because of the baby and not because of what I was eating.

“He was my motivation to beat my eating disorder.”

In 2011, when Amber was 17, she stopped eating to cope with the sudden death of her two-year-old niece, Miyah.

Within two years, her weight plummeted from 9st to 6st, and soon she was surviving on just 300 calories a day.

Amber, who stands at 5ft 5in, says: “At my worst, I ate one apple a fortnight.

“I skipped meals at college and when I was at home, I hid food in tissues so my parents didn’t notice.

“When that didn’t work, I chewed food and spat it into the toilet.

“I’d always had a problem with feeling self-conscious about the way I looked, but I became obsessive about controlling my weight.

“I was very secretive and wouldn’t admit I had a problem.”

What is anorexia nervosa and what are the signs and symptoms?

Anorexia nervosa, often known as just anorexia, is a very serious mental health condition which causes the person to restrict the amount they eat.

The sufferer of the eating disorder aims to keep their body weight as low as possible by avoiding food, vomiting or exercising excessively.

The condition usually affects girls and women, however, recently it has started affecting more boys and usually it develops at around 16 or 17 years old.

Despite being less common than some other conditions, anorexia is one of the leading causes of mental health-related deaths – as a result of malnutrition or suicide.

Usually, a sufferer will go to great lengths to disguise the fact they are not eating or pretending they have eaten already.

But if you suspect someone is battling the condition there are a few signs to look out for, according to the NHS. These include:

Around 50 per cent of people with anorexia will continue to have some level of eating problems, even after treatment.

Amber says: “I told her I felt sick and I couldn’t eat anything.

“She was very supportive and pushed me to look for help.”

She was admitted to the inpatient ward at The Barberry at Queen Elizabeth Hospital in Birmingham. 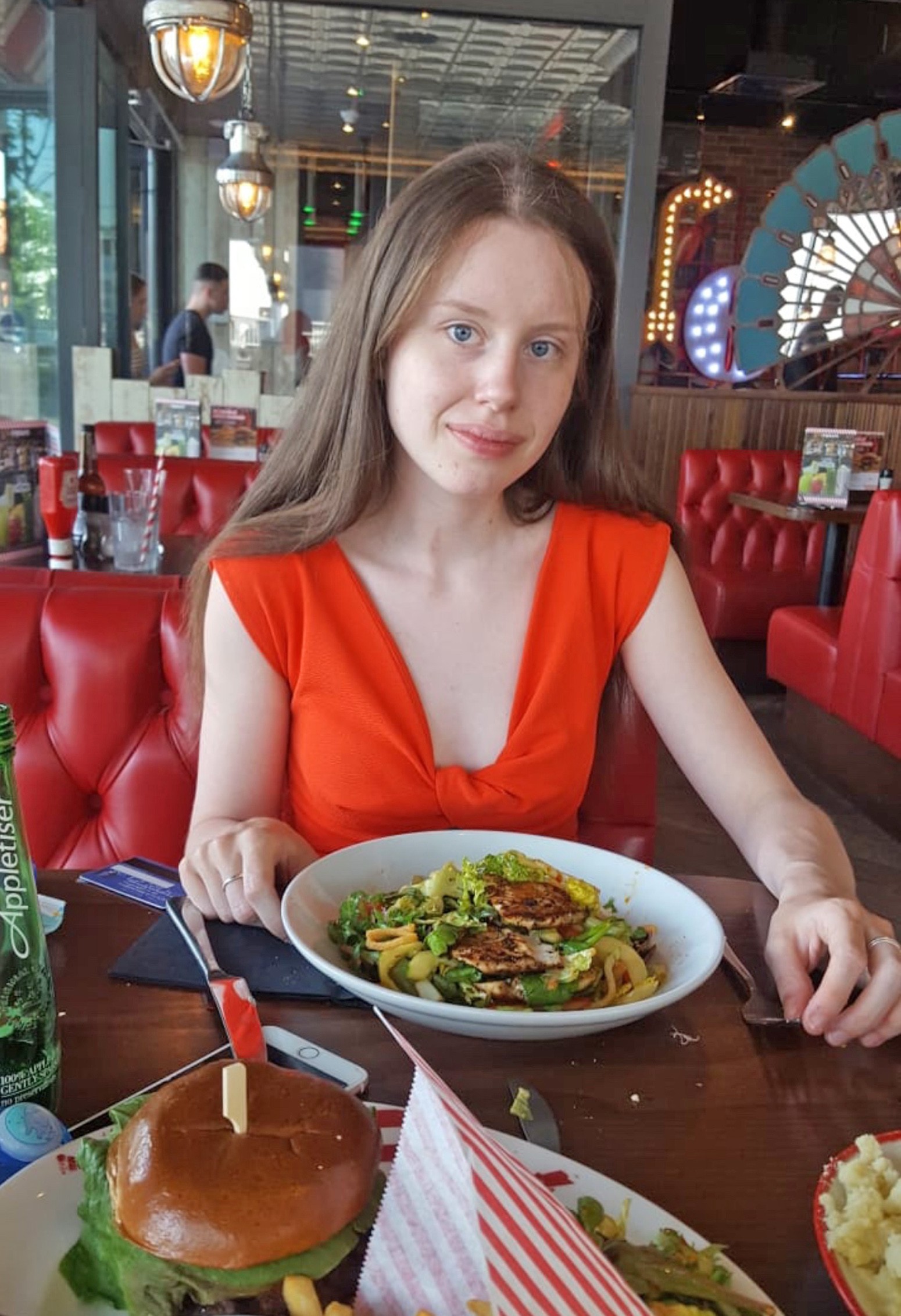 Amber says: “By this point, I wasn’t having periods anymore and felt weak and tired all the time.

“I was put on bed rest for six weeks.

“Someone watched me 24/7 and I was accompanied to the toilet and shower.

“Eventually, with counselling and a dietitian, I began to eat small meals again.”

After 6 months, she was discharged weighing 9st.

Amber says: “I gained weight but my mind hadn’t caught up."

“Back at home, I started to fall back into bad habits," she said.

At my worst, I ate one apple a fortnight.

“I started skipping meals and cutting out carbs," she continued.

In 2014, Amber was admitted to the eating disorder clinic again after losing 2 st and weighing 7st.

There, she underwent treatment for a year.

She says: "When I left I was still scared of food, but I knew how to identify anorexic thoughts.

“I stayed in outpatient services for nearly two years and met my then boyfriend in March 2017.

“But I felt myself slipping back into old habits when we argued. I ate smaller portions and began to skip meals again." 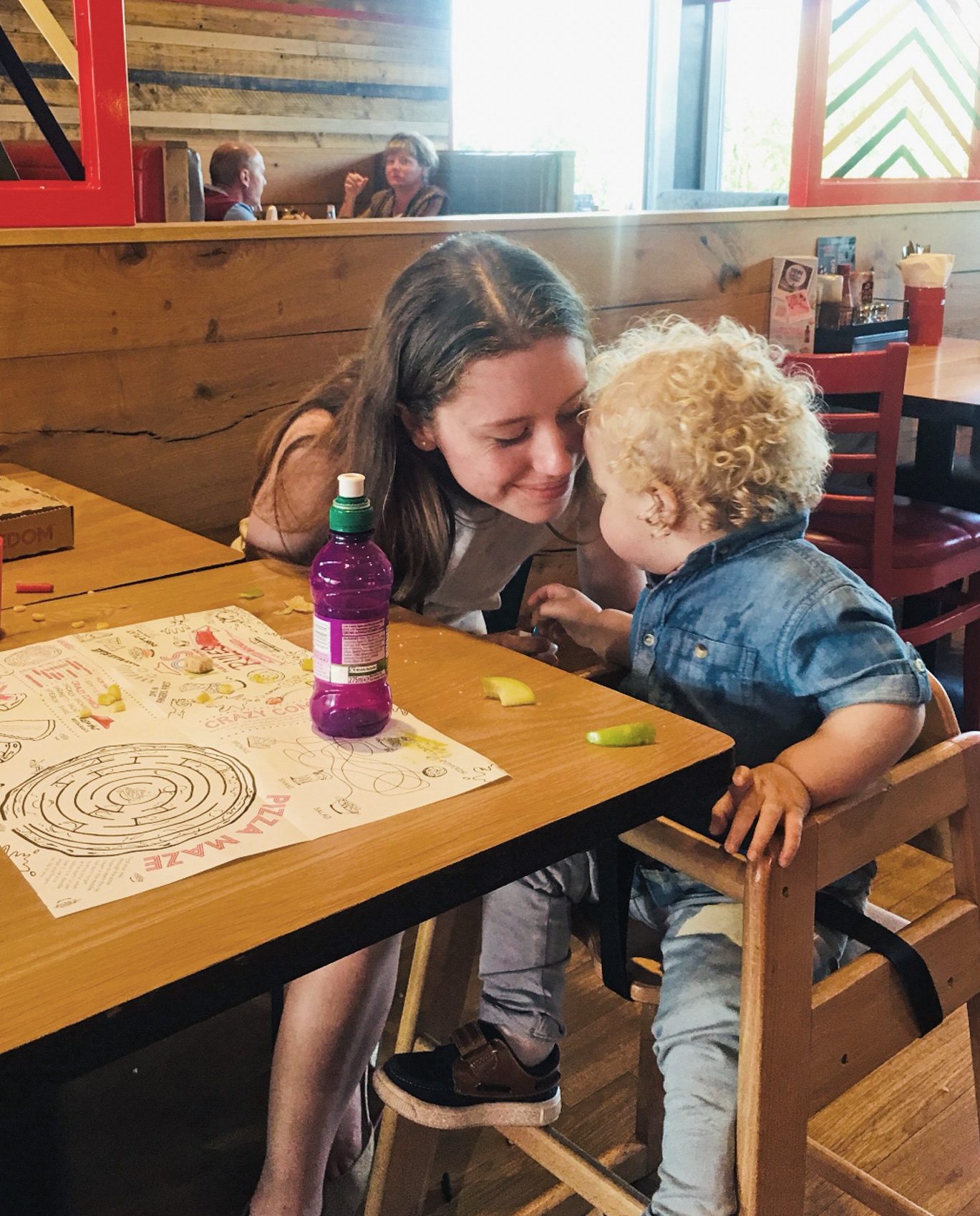 Incredibly, a month later, Amber discovered she was pregnant.

At this time she weighed 7st 10lbs.

She says: “I was shocked. I didn’t know I could conceive after losing my periods for so long .

“At first, I couldn’t bear the thought of gaining weight in my pregnancy or seeing my bump grow.

“It was really tough. But I soon understood that my body was changing because of the baby and not because of what I was eating. 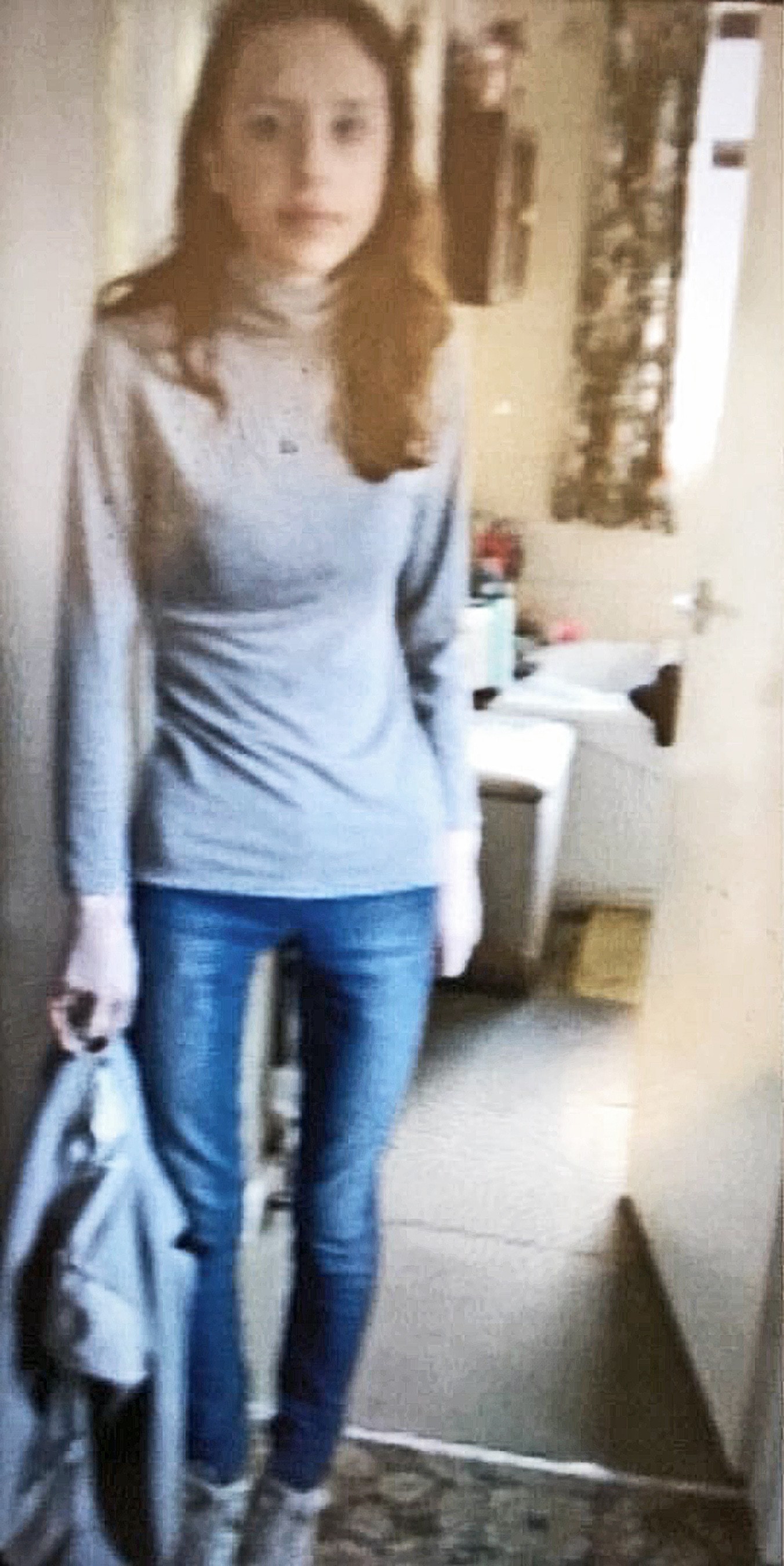 “I realised I had to get better for my baby.

“Slowly, I reintroduced bread and takeaways.

“With the help of a dietitian and psychologist during my pregnancy I gained a stone, going from a 7st 10lbs to 8st 10lbs.

“I hadn’t been 9st for years, so it was hard to get my head around.

“But I used mantras to remind myself the weight gain was just temporary and I was supporting two lives.

“At 7 months pregnant, I still fit into my size 8 clothes." 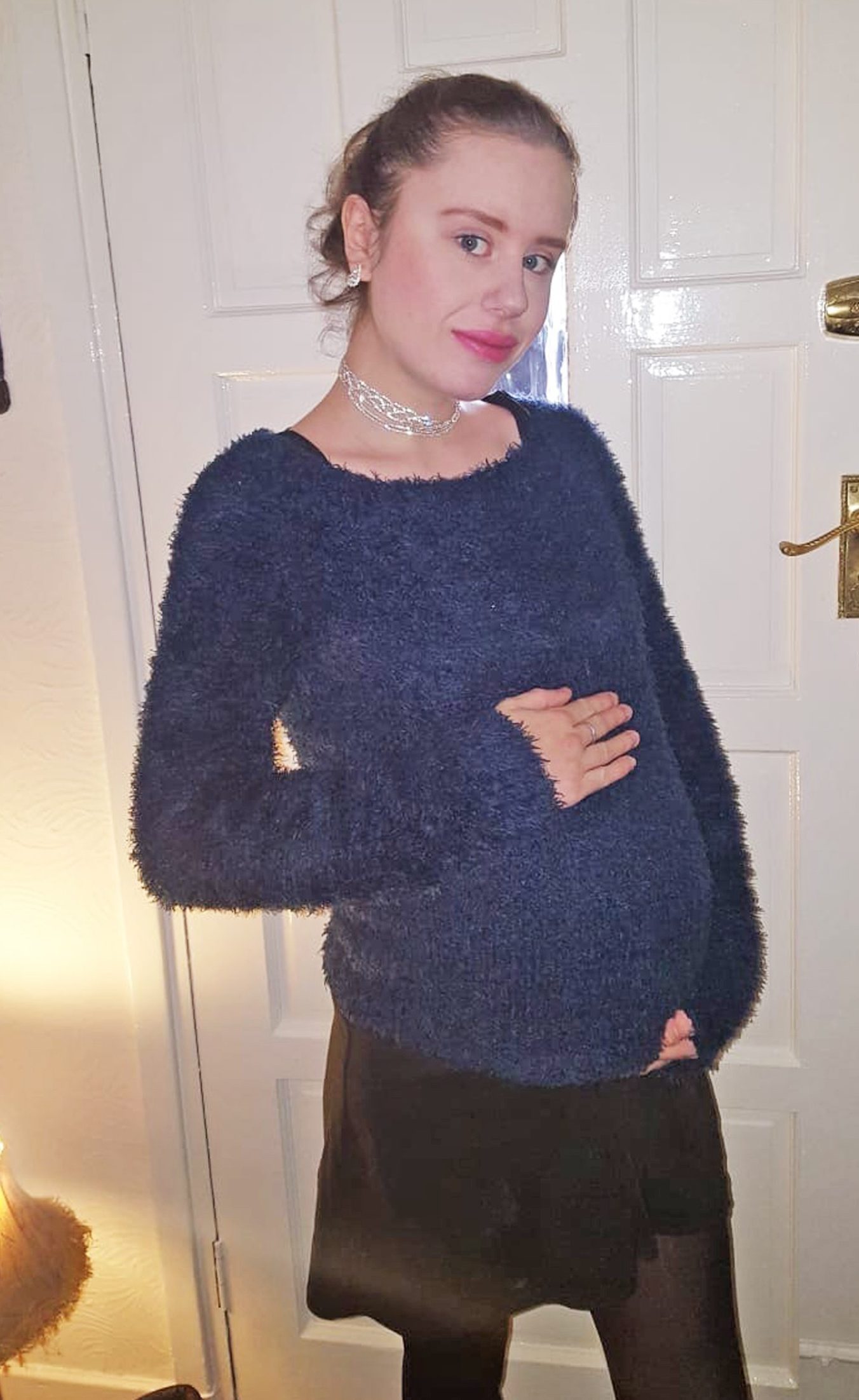 When Amber’s son, Mio was born weighing 8lbs 7oz on December 23, 2017, she already had outpatient support in place at Queen Elizabeth Hospital because she was a high risk for post-natal depression.

She says: “The doctors were worried the baby would be small, so I had to have scans every two weeks.

Afterwards, she continued to recover and credits her son for saving her life.

She adds: “Mio was the reason I needed to stay better and looking at him grow gives me the motivation to stay healthy.

“I’m thankful for him every day.”

Lola has since shared her recovery tips on a blog. Visit it here.

We previously told how a woman who developed anorexia at EIGHT, shrunk to just 4st 8oz and tried to take her own life five times was saved by her girlfriend.

And a former anorexic whose weight dropped to under five stone overcame her eating disorder to become a mum.