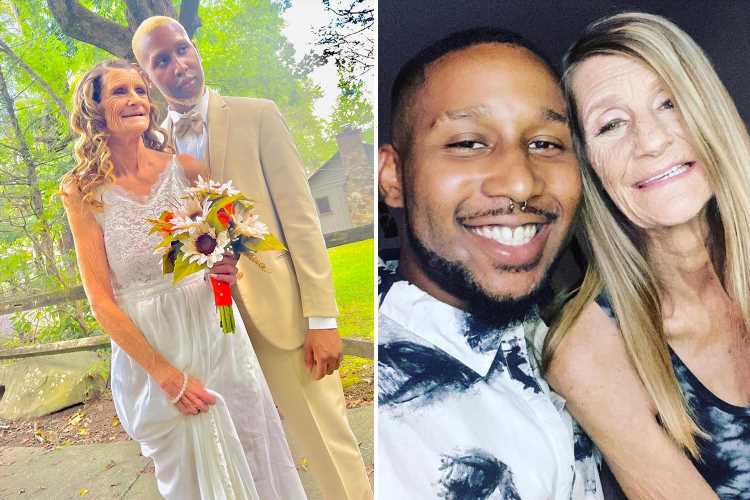 WHEN it comes to being in love, nothing should get in the way of you both and for some that even means that there is no barrier with age.

And for this couple, who have a 37 YEAR age gap between them, they have defied the haters and got married. 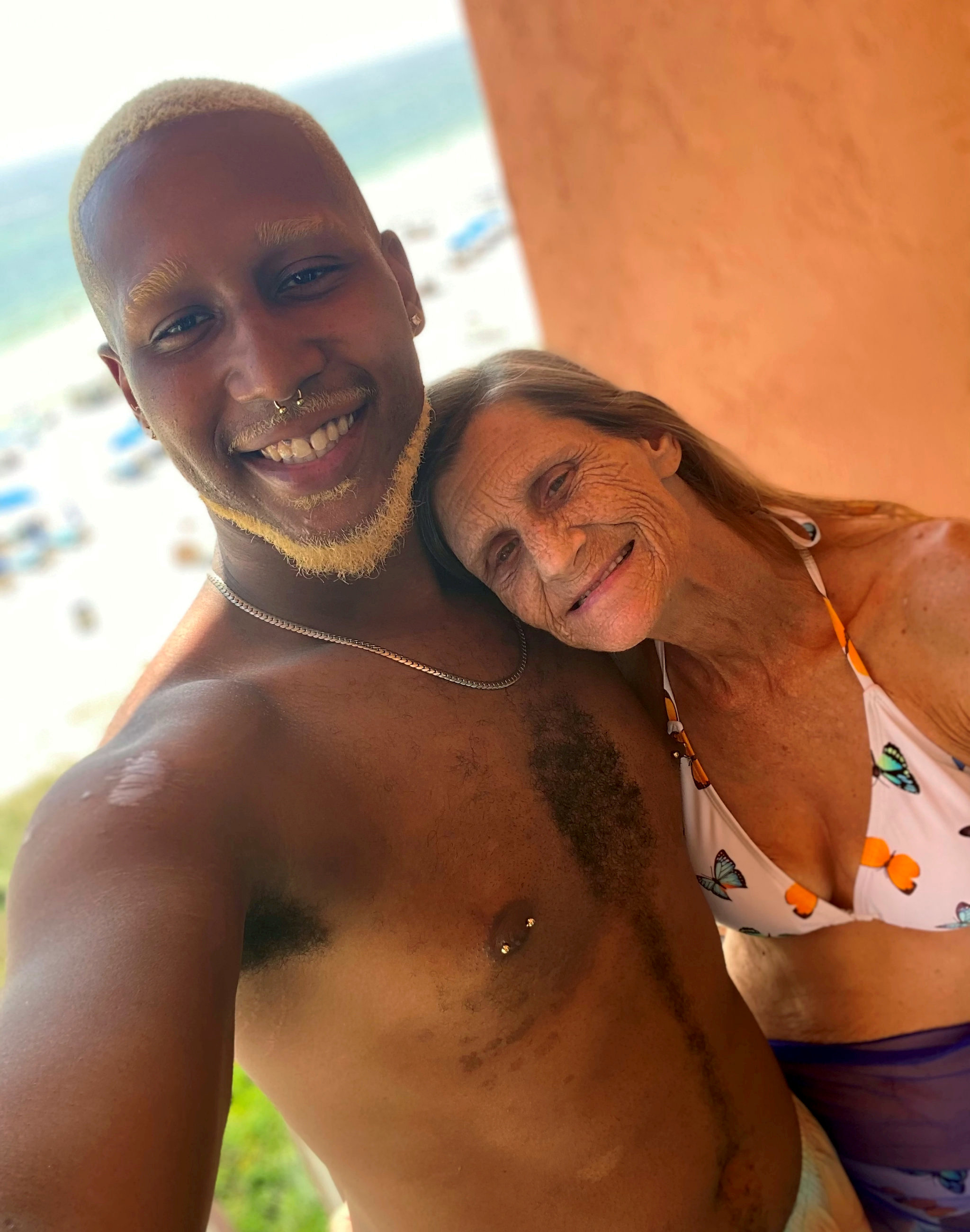 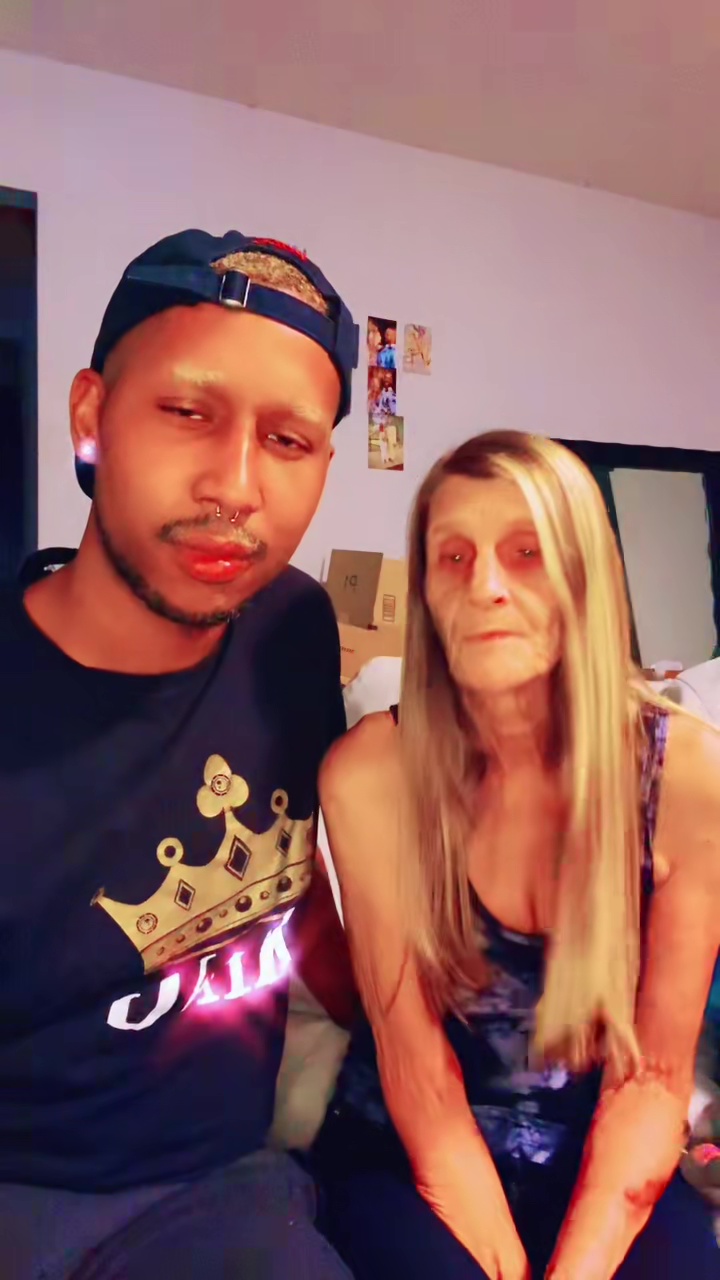 Quran, 24, and his wife, Cheryl McCain, 61, met when he was just 15, but there were no romantic feelings until last year.

The couple, who regularly post updates on their shared TikTok @ttvleolove_3backkup, has given fans an insight into their life showing them regularly kissing and dancing together.

In one of their recent videos they shared to their 413.4k followers, they filmed themselves answering regular questions they often get asked.

In subtitles across the video, it reads: “Are y'all really married. Do y’all live together. Is this real?”

To which they replied “yes” to each one, and finished the video by writing, “Mr and Mrs McCain.”

However, the happily in love pair are often targeted by trolls branding their relationship "disgusting" and shaming her "wrinkly" face.

One added: “What in the life insurance policy is going on here.”

But some others were in support of the relationship, with one writing: “Those of you who are so negative are just miserable. Let them be, it’s not your relationship and not your life.”

Despite him being younger than one of her own kids, they both say their sex life is fantastic and they have great chemistry.

It's different, it's amazing, he's very compassionate to me and I think it's because he's a younger man.

Quran said: "Even though it is an age gap we never think of it because Cheryl has a very young spirit, soul and heart.

"I think the biggest misconception is that I'm using her or waiting to be put in the will."

Cheryl added: "It's different, it's amazing, he's very compassionate to me and I think it's because he's a younger man.

"I couldn't have that with anybody else, he's very emotional and that's something I've never dealt with – they were all angry and he's emotional in a good way because he shows me he really cares."

The couple met when they worked at fast food restaurant Dairy Queen in 2012 in Rome, Georgia, USA.

Cheryl's son Chris was his manager, and she would visit his workplace to check on him or get a meal, but Quran was only 15 at the time so there was no romantic involvement.

He said: "We didn't think much of each other – she drove a baby blue Carrera and that's the only reason I noticed her!”

He eventually left his job and the pair lost contact. But November 4 last year Quran went to the convenience store where Cheryl was working as a cashier.

Quran said: "I used to see her every day, she would always be so happy, but today she was sad and I asked her what was wrong and she was crying."

Cashier Cheryl was upset she had posted a video of her dancing on her TikTok and was receiving hateful comments, and Quran helped comfort her.

They stayed in touch, and even made some videos of them dancing together which went viral and brought in 1.3 million likes.

The couple got closer and eventually their relationship blossomed into a romantic one as they “connected on a spiritual level". 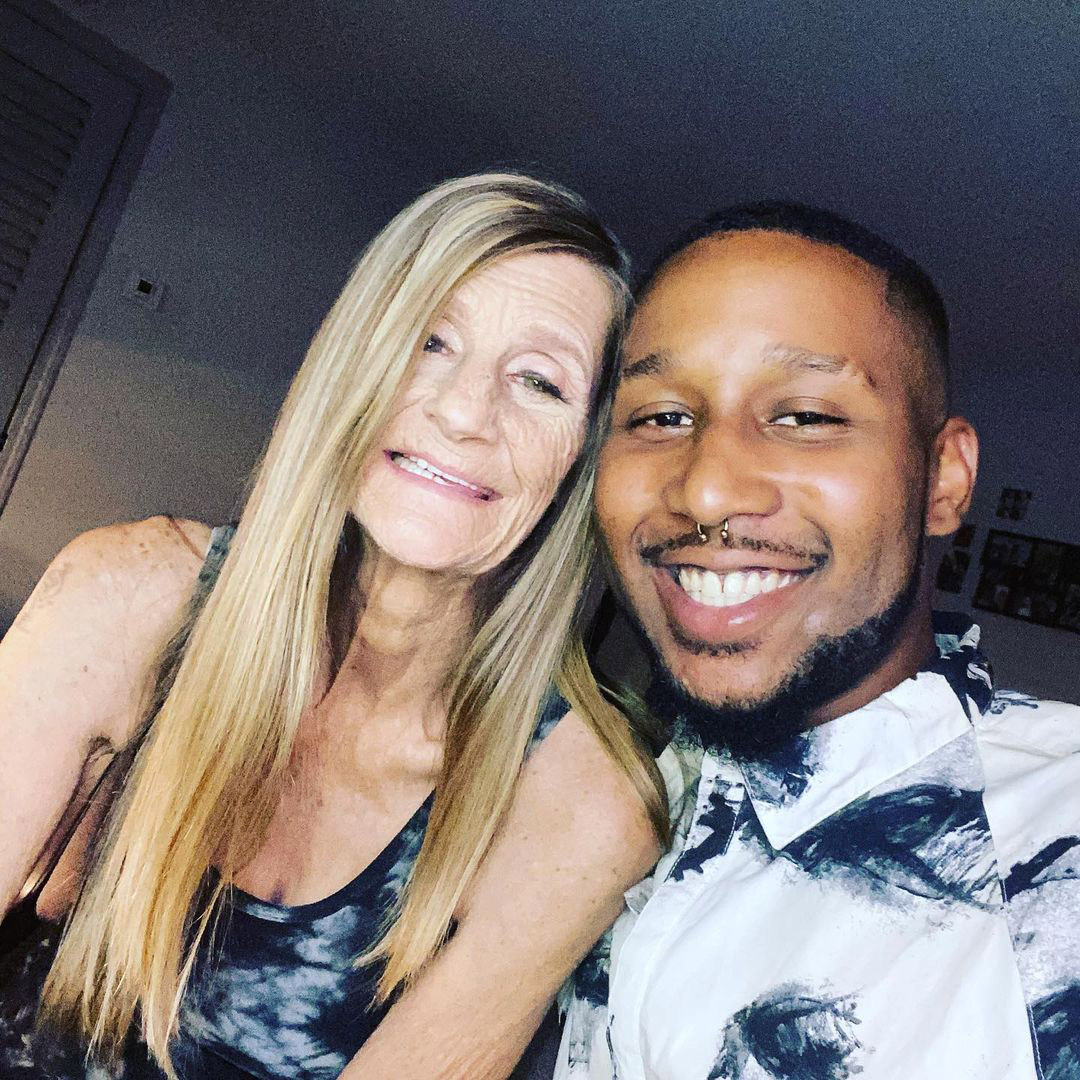 Quran continued: “No matter the situation we just have a certain vibe that connects anytime we are around each other.

"We went on a date and I told her I feel like I'm catching feelings.

"She said she had too, but just didn't think we should cross that line because friends don't always stay friends when they date."

Cheryl added: "There's just something between him and I that I never thought we would be together like this, he's just an amazing person.

"There's a different type of chemistry with him even though he's younger, we have a lot of chemistry because of the things we've been through and it pulls us closer together."

Both Quran and Cheryl describe their sex life as "amazing".

Quran said: "It gets better and better every time, it's pretty normal, it's not out of the ordinary, but to me it's amazing.

"She knows what she's doing – that's the best part!"

'She knows what she's doing'

Her youngest daughter is three years older than him at 29.

Quran said: "Nobody was accepting, everyone thought we were joking or thought it was all games.”

But Quran insisted his family were accepting as they could see how happy they were together. 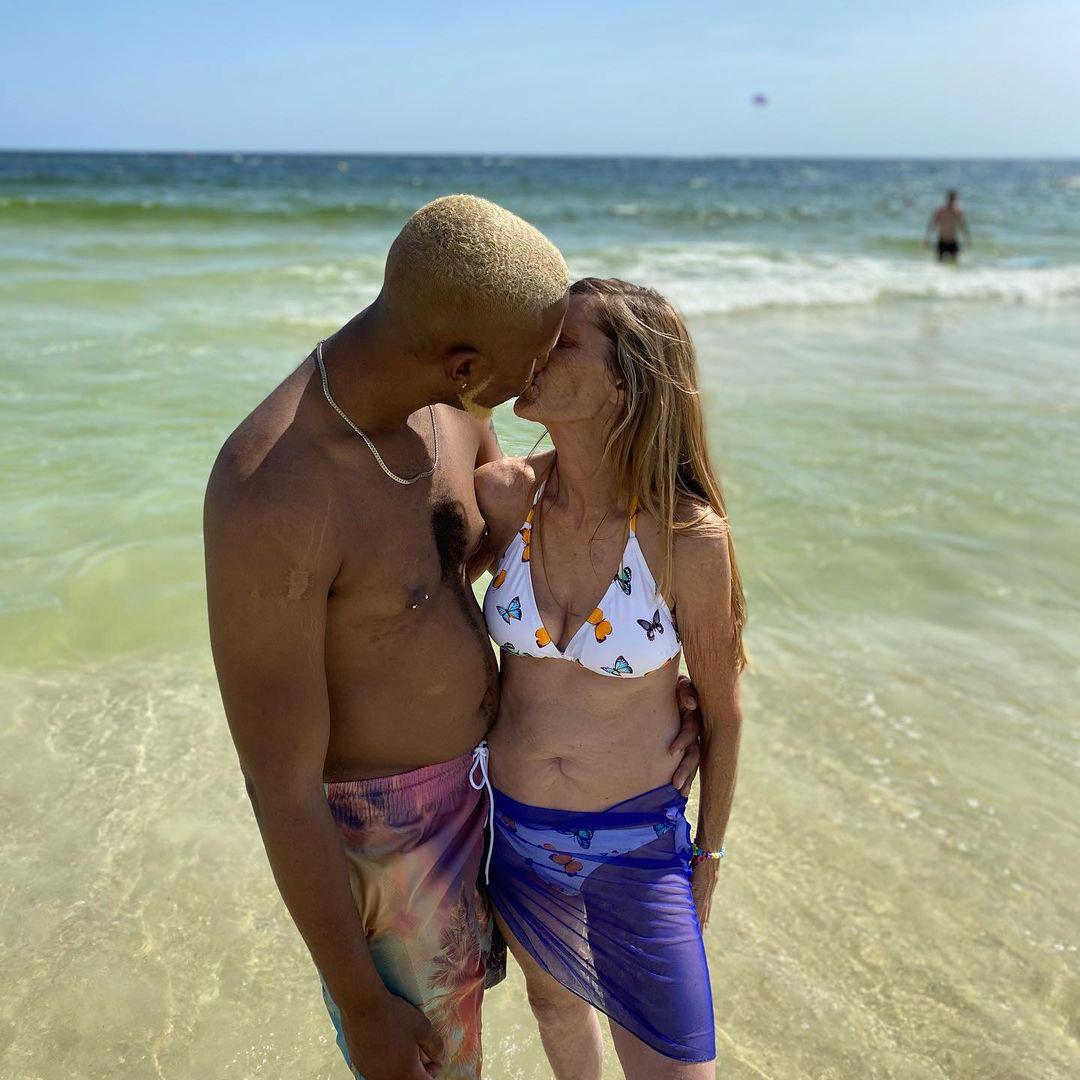 Social media was a different story – Cheryl got so much hate on her TikTok account that she was banned from the platform.

Quran said: "We had to create her two more accounts just to keep dancing, "Every day some comes for her appearance, they call her 'zombie', 'the walking dead' or 'crypt killer'.

"Hateful things like 'why did you dig her up' or 'take her back to the nursing home', the hate on that app is unreal."

Thousands of commenters refer to Cheryl as his "grandma" or say that their unusual relationship is illegal, constantly reminding them of their age gap.

'TikTok has destroyed it'

Cheryl said: "Sometimes it makes me cry because it gets so terrible.

"It also has an impact on my life, I have been building myself up for a long time and being on TikTok its destroyed all that and I'm constantly trying to pull that self esteem back up and it's very very hard."

Despite all the hate, the happy couple try to remain positive and say that their legions of fans help keep them together.

Cheryl said: "Don't look for love because it will find you, because I wasn't looking for love and it found me and it's amazing." 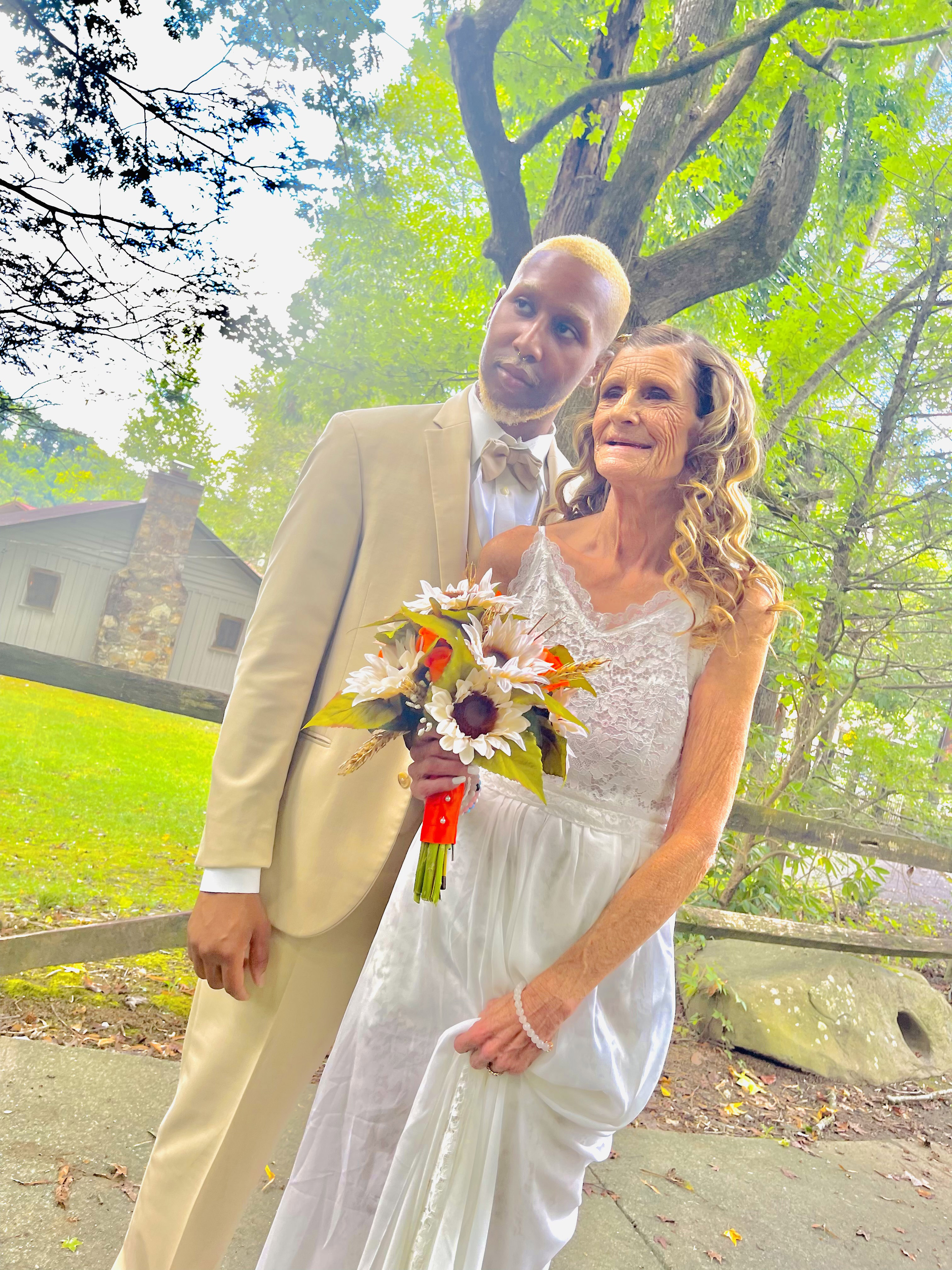 Check out the same couple in this story, where trolls say she's so wrinkly she looks like his great-gran

Plus this woman who was convinced she found ‘proof’ her boyfriend is cheating realised her awkward blunder.