BEAUTY queens are famed for their stunning looks, perfect bodies and impeccable behaviour.

But there's a lot of pressure to be that flawless, and the controversial Miss World contest – dubbed a "meat market" by protestors – has been the subject of serious scandal over the years. 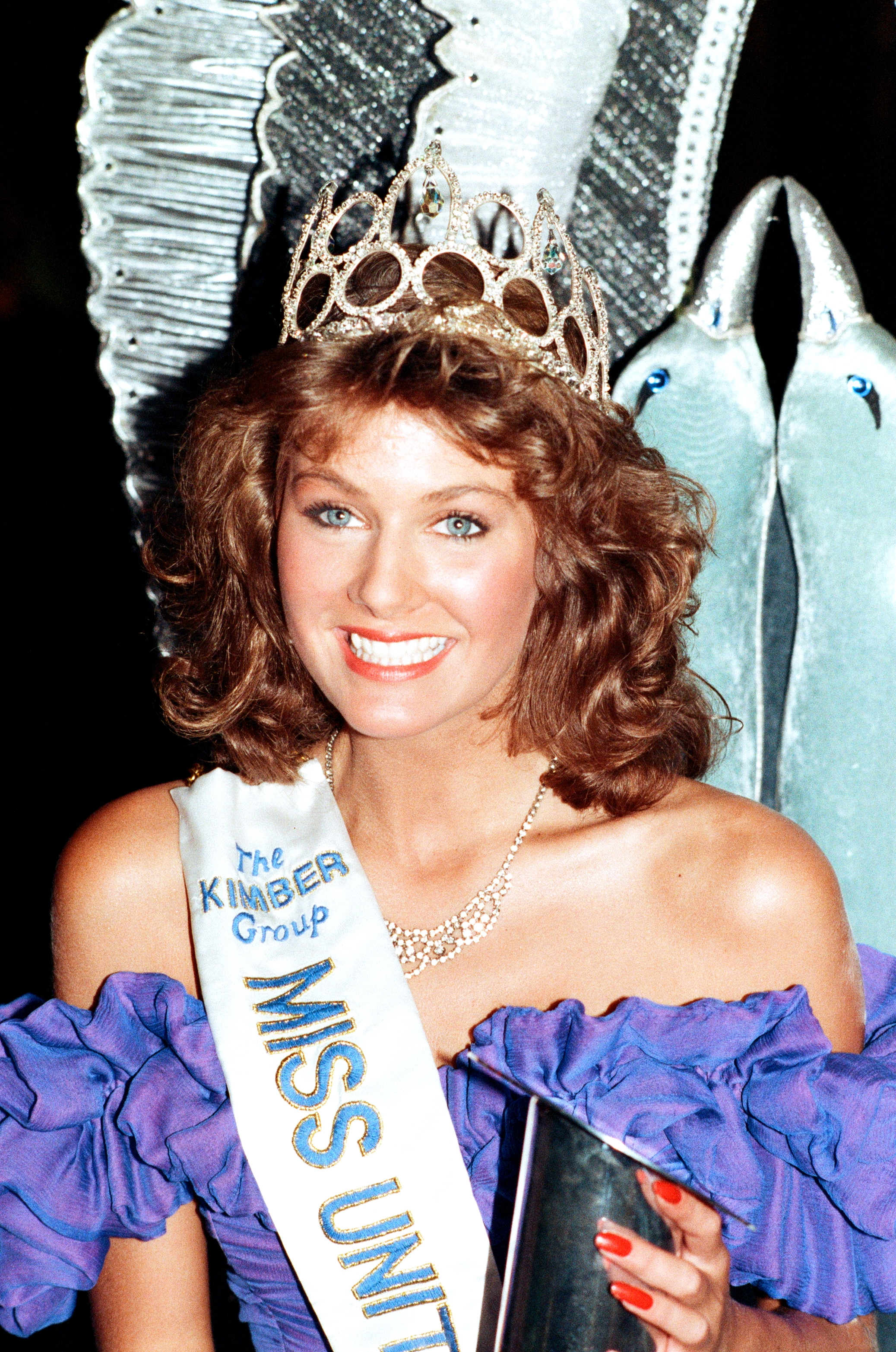 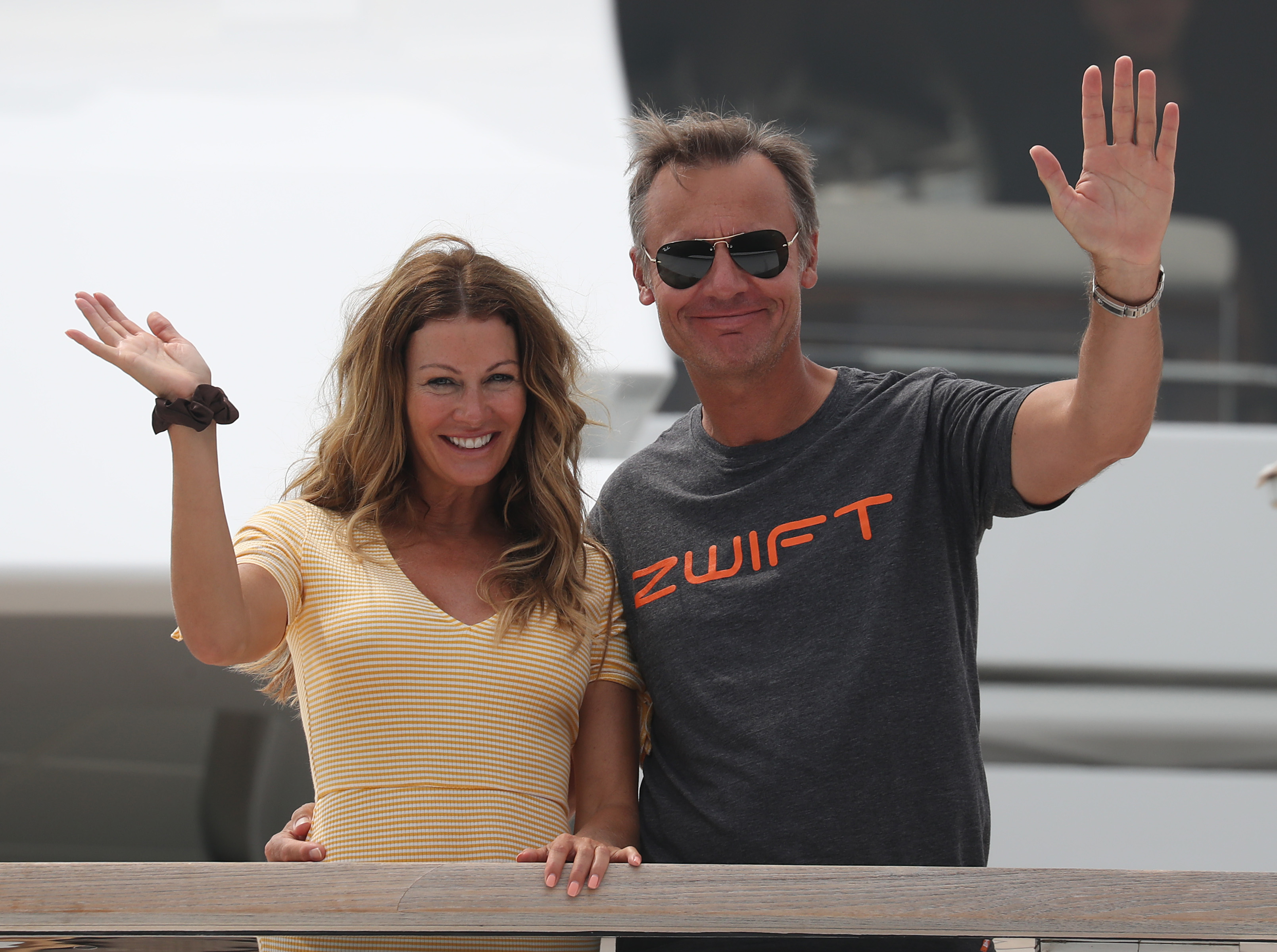 The most recent beauty queen to have been in the news is 1988 Miss UK Kirsty Bertarelli, 50, who has reportedly taken a divorce settlement of £350million after splitting with Ernesto Bertarelli after 21 years.

This would make her the country's richest divorcee – winning just short of the Queen's estimated fortune of roughly £365million.

In addition to her settlement, Kirsty – who was second runner-up in the 1988 Miss World pageant – was reportedly given a modern house by Lake Geneva in Switzerland, bought this year for £52million.

She also owns an £8million chalet in the Swiss ski resort of Gstaad.

And, while Kirsty's life is full of drama, it's got nothing on the actual beauty pageants she used to be involved in.

From saucy romps with high-profile celebs to the beauty queen who fought off a group of men with her bare knuckles –  here we look at the biggest beauty pageant scandals.

Chaos on the catwalk 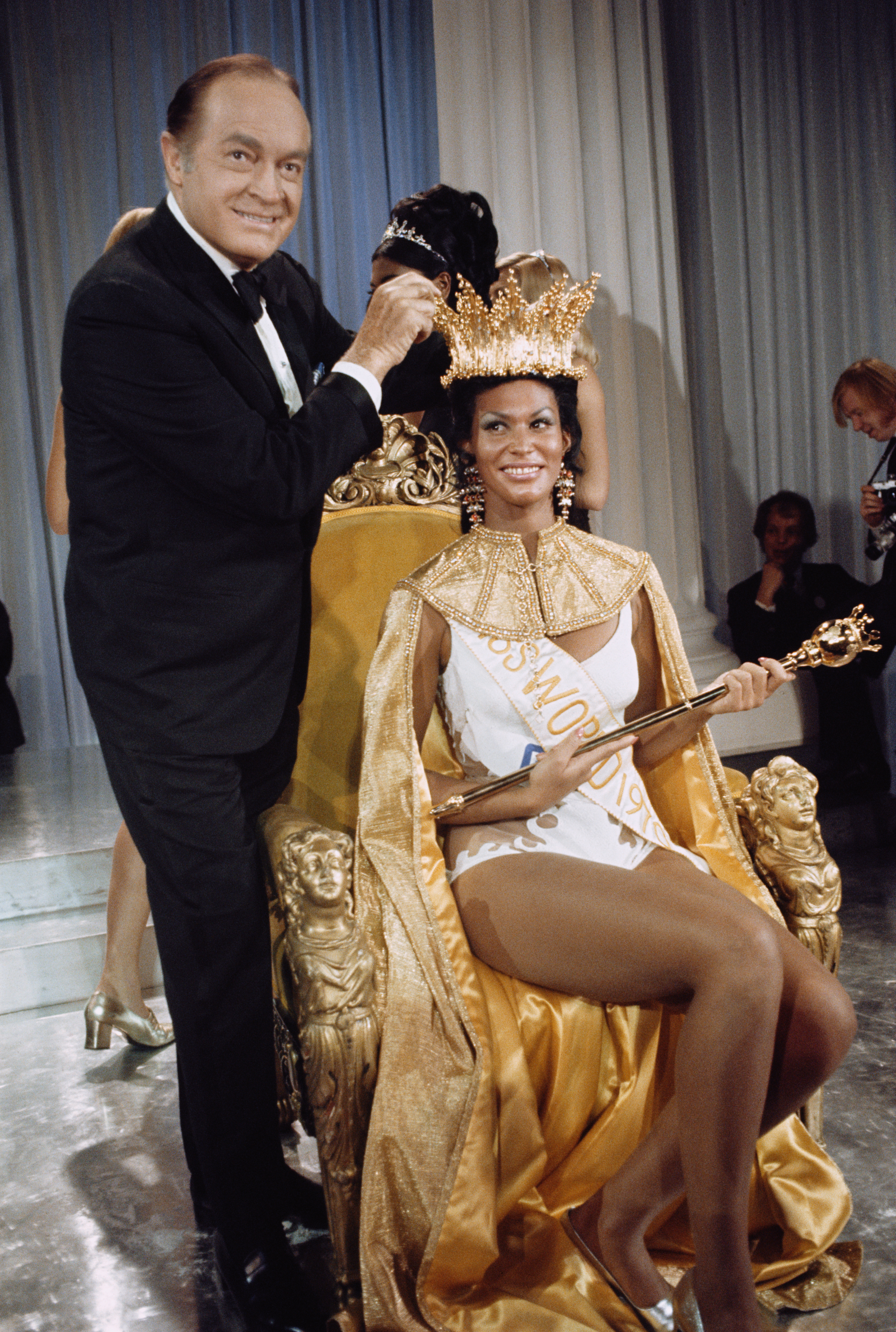 One of the biggest scandals to plague pageant history was the invasion of the 1970 Miss World contest, held at the Royal Albert Hall – which was the subject of the 2020 film Misbehaviour, starring Keira Knightley.

Hosted by US comedian Bob Hope, the show – which was being broadcast live for the BBC – descended into chaos when a women’s liberation group began throwing flour bombs, firing ink guns and hurling rotten veg on stage.

A frightened Hope was forced back on stage by the event’s organiser, Julia Morley (played by The Bodyguard’s Keeley Hawes in the film), who demanded the show must go on and a winner – Miss Grenada Jennifer Hosten – be crowned.

Reflecting on the event, Hope later admitted: “I thought they’d eat me alive.” 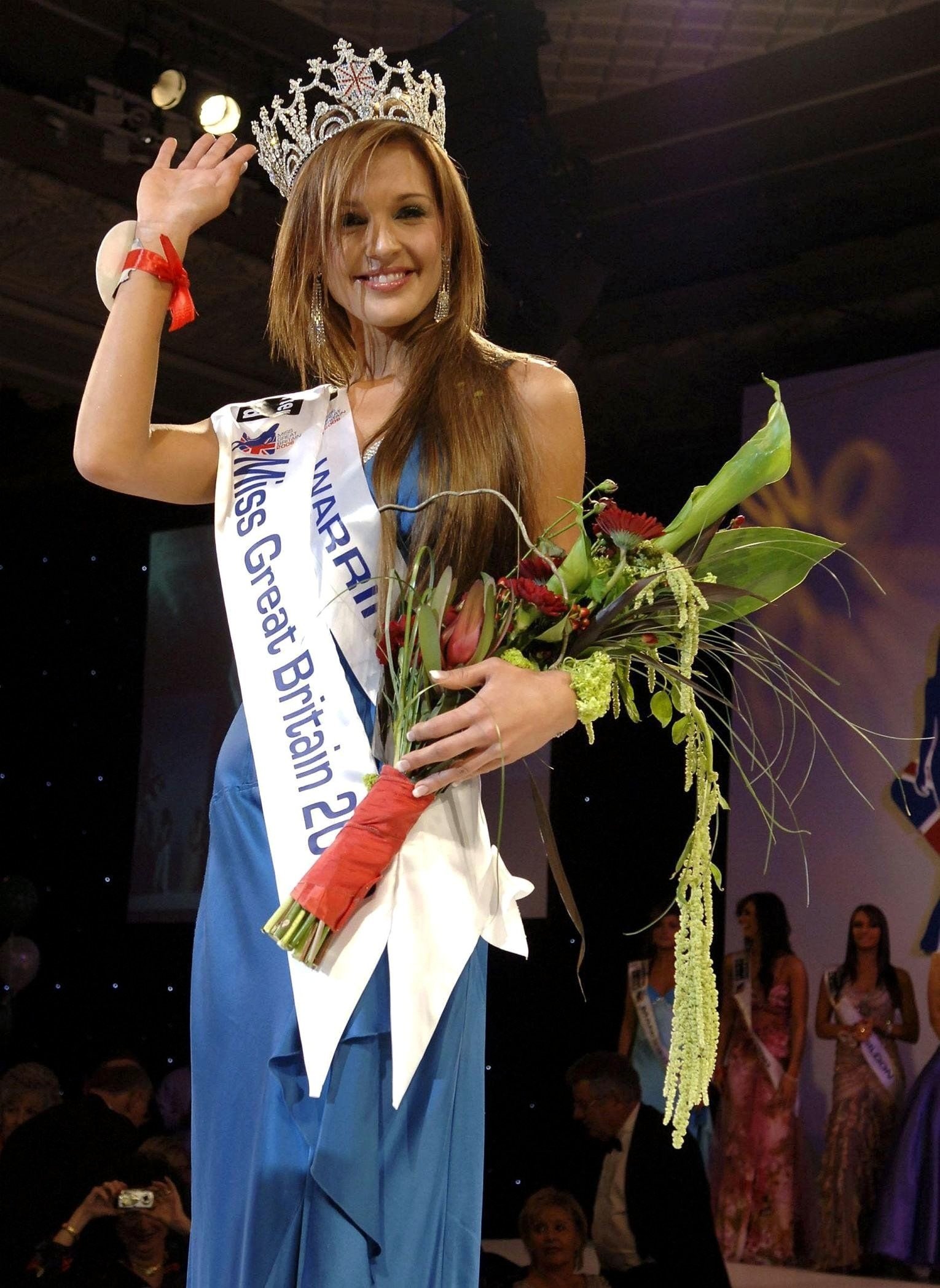 Back in 2006, reality TV star and glamour model Danielle Lloyd was sensationally stripped of her Miss Great Britain crown after her relationship with one of the judges, footballer Teddy Sheringham, was exposed.

On the night of the catwalk contest, former England footballer Teddy had been the only judge to vote for Danielle, then 22, before she later secured the public vote.

When their relationship made headlines, Danielle always maintained that their romance had started after a flirtation at the event’s after-party held in the February.

The busty beauty queen later let it slip in a magazine article that Teddy had presented her with a £7,000 pair of Jimmy Choo shoes when they were in bed together at Christmas  – two months before the pageant.

Danielle further enraged the Miss GB organisers when she posed nude for Playboy Magazine, which is strictly against Miss GB rules.

She was stripped of her title in the November, shortly after the article emerged – although it was reinstated four years later when event organisers admitted that Danielle had not been provided with the right level of guidance.

Danielle’s relationship with Teddy also ended suddenly the following year, after she was embroiled in a race row with actress Shilpa Shetty during her stint on Celebrity Big Brother.

Danielle later admitted that she had been left heartbroken and had turned to drink and drugs, calling it the "worst time of my life." 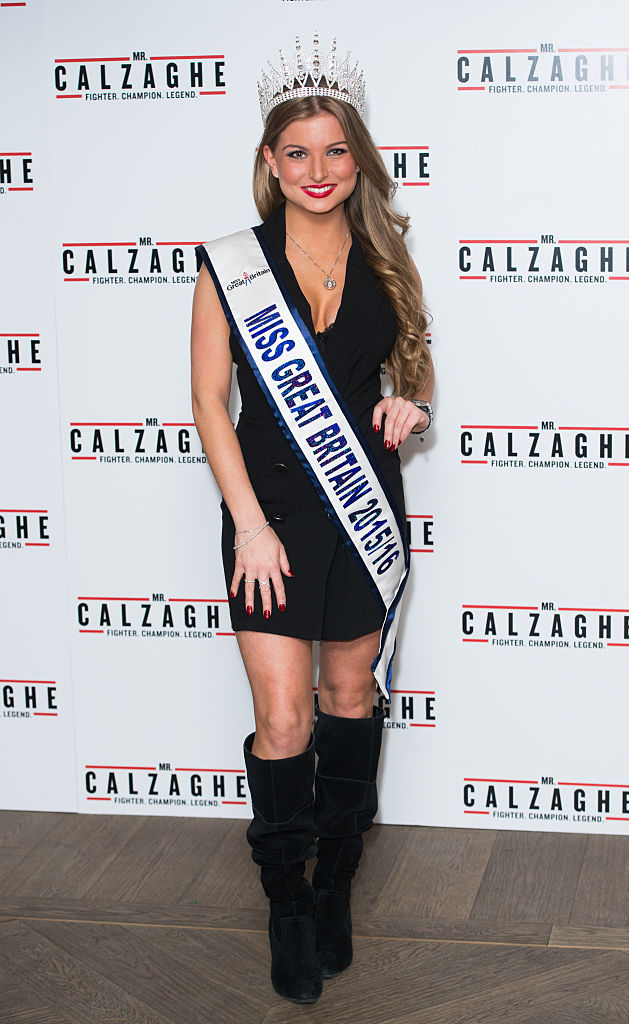 Another beauty queen to be spectacularly stripped of her title was former Love Island contestant and Miss GB, Zara Holland.

Boutique owner Zara, 24, was left in tears when she was publicly de-crowned after enjoying a steamy romp with fellow contestant Alex Bowen in the 2016 series of the popular ITV2 show.

After seeing the explicit footage – which was filmed within 24 hours of tattooed Alex entering the villa –  Miss GB organisers released an official statement, slamming Zara for not upholding the "responsibility expected of the title" and claiming she was no longer fit to be a role model for young girls.

In an emotional Beach Hut confessional following her romp with model Alex, a devastated Zara admitted she deeply regretted her actions, explaining: “That’s not really like me at all. Why couldn’t we have just gone to sleep?”

Miss Cornwall, Laura Anness, was stripped of her title TWICE back in 2010.

The beauty queen was first discovered to have lied about her age, telling organisers she was 22 – five years younger than her real age of 27.

The brunette beauty was also rumbled when a pageant organiser had to visit her home, which turned out to be in Plymouth, not in Cornwall where she held her title.

English teacher Laura later triumphed when she was crowned Miss Plymouth City, but just months later, she was again forced to stand down after admitting that she used to earn £400 a week working in a massage parlour which offered "extras" to their clients.

Stripped of crown after 48 hours 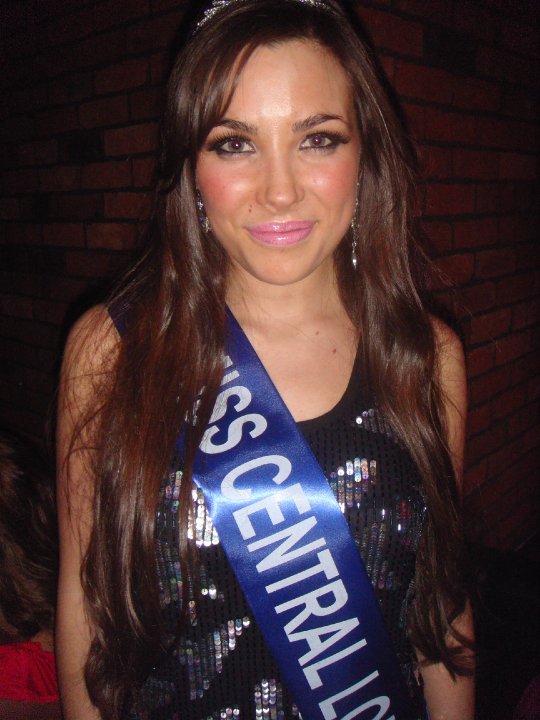 Lora Jayne Nuttall reigned as Miss Central London in her regional heat of the Miss GB contest for just 48 hours.

Her tiara was taken away in 2010 when an organiser checked Facebook and realised she had been in a ­relationship with one of the judges, ex Big Brother star Rex Newmark.

Liz Fuller said: “I logged on and learned she had dated Rex for almost a year before breaking up six months earlier. She had to go.”

Sacked for being an unmarried mum 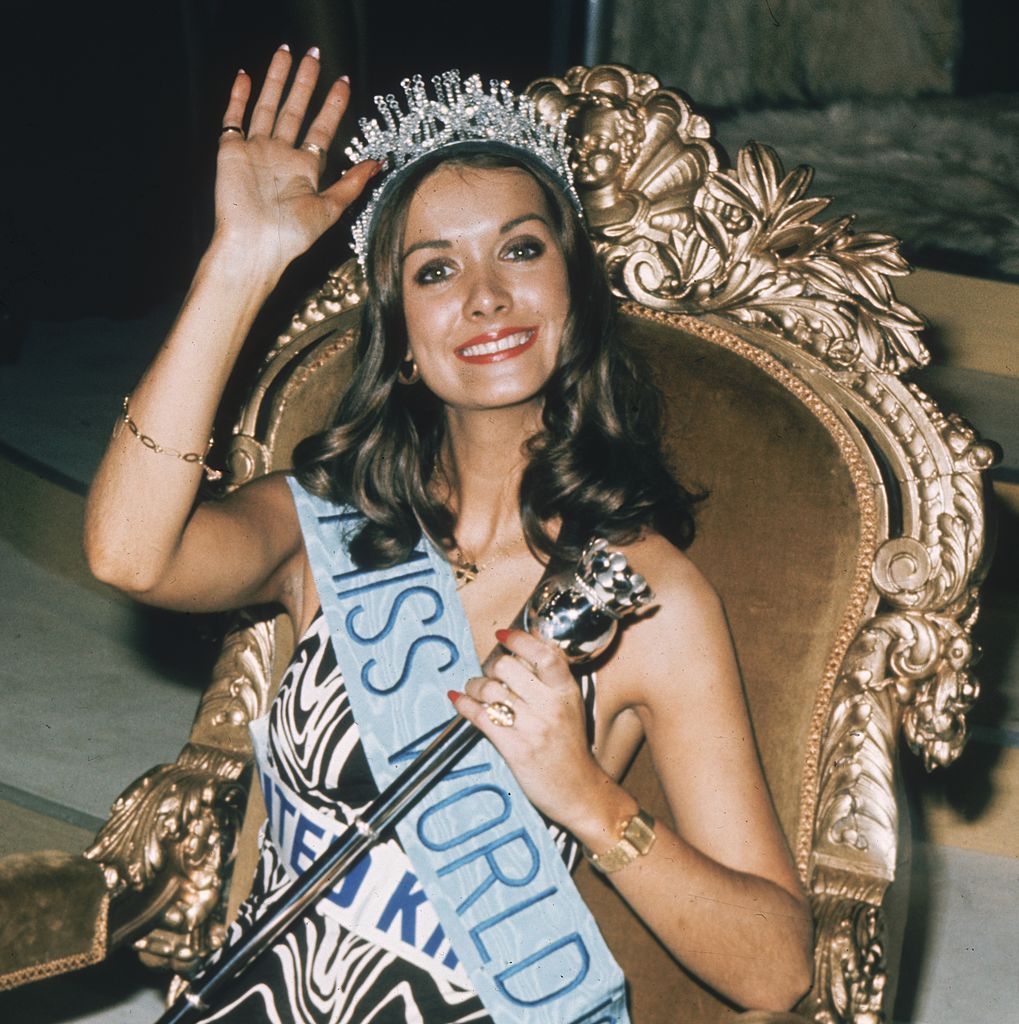 Miss World Helen Morgan was the first to sensationally quit her title, four days after being exposed as an unmarried mother  – which was against the rules at the time – following the 1974 contest.

The 22-year-old from Barry, Wales, was reportedly forced out after it was revealed she had an 18-month-old son, alongside claims – which she strongly denied – of an affair with a married man.

Helen later admitted: “It was a bit of a circus…I was exhausted and felt physically ill. When something like that happens, you’d rather go away for a while. Dig a little hole and jump into it.

“I went into the Miss World office and we all came to the conclusion that it was better if I quit.”

Like Helen, Veronika Didusenko, who won Miss Ukraine in 2018, had her crown taken away two hours later when bosses discovered she has a son.

She is now taking legal action against Miss World and has started a petition to allow mums into the competition. 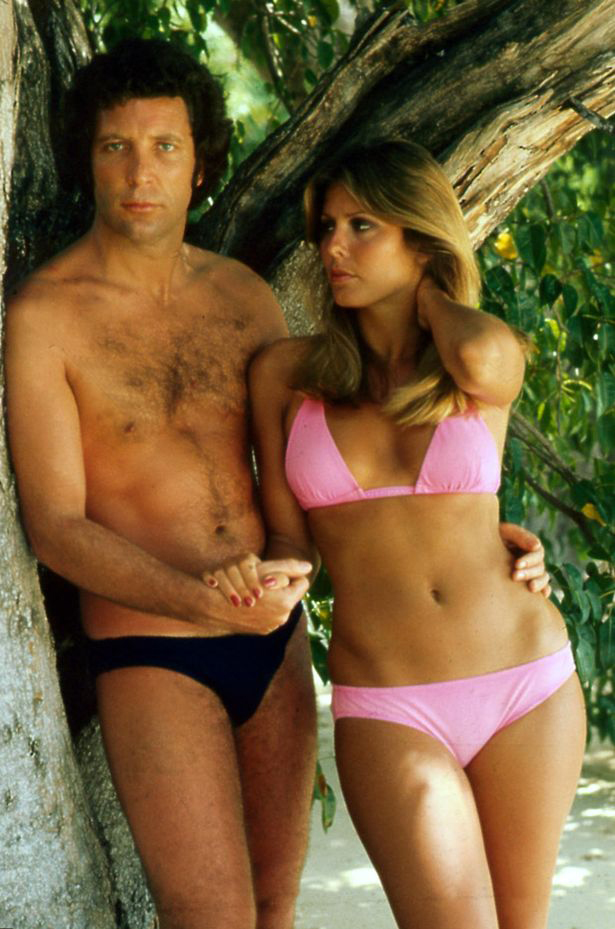 Miss World Marjorie Wallace was at the centre of the scandal that nearly broke singer Tom Jones’ marriage to his devoted wife Linda.

After being crowned Miss World in 1973, a then 19-year-old Marjorie was introduced to heartthrob Tom in his dressing room before a show at the London Palladium.

The pair later flew to Barbados together to film a TV show about Miss World – an event that would see Marjorie stripped of her title after producers spotted her snogging Tom on the beach.

At the time, Tom was married to Linda and Marjorie was engaged to racing car driver, Peter Revson, who tragically died in a car crash just two weeks after she and Tom were first spotted together.

The affair continued with Tom admitting to friends: “This one could really get to me”.

It wasn’t exactly a meeting of minds. It was a collision of bodies.

But when their affair was exposed and his marriage to Linda placed in jeopardy, Tom ditched his Miss World to return to the love of his life, childhood sweetheart Linda.

Marjorie was left heartbroken and unable to cope with the split, taking an overdose of sleeping pills that saw her fall into a coma.

Marjorie also dated footballing legend George Best, who later revealed: “She wanted me because I was George Best and I wanted her because she was Miss World. It wasn’t exactly a meeting of minds. It was a collision of bodies.” 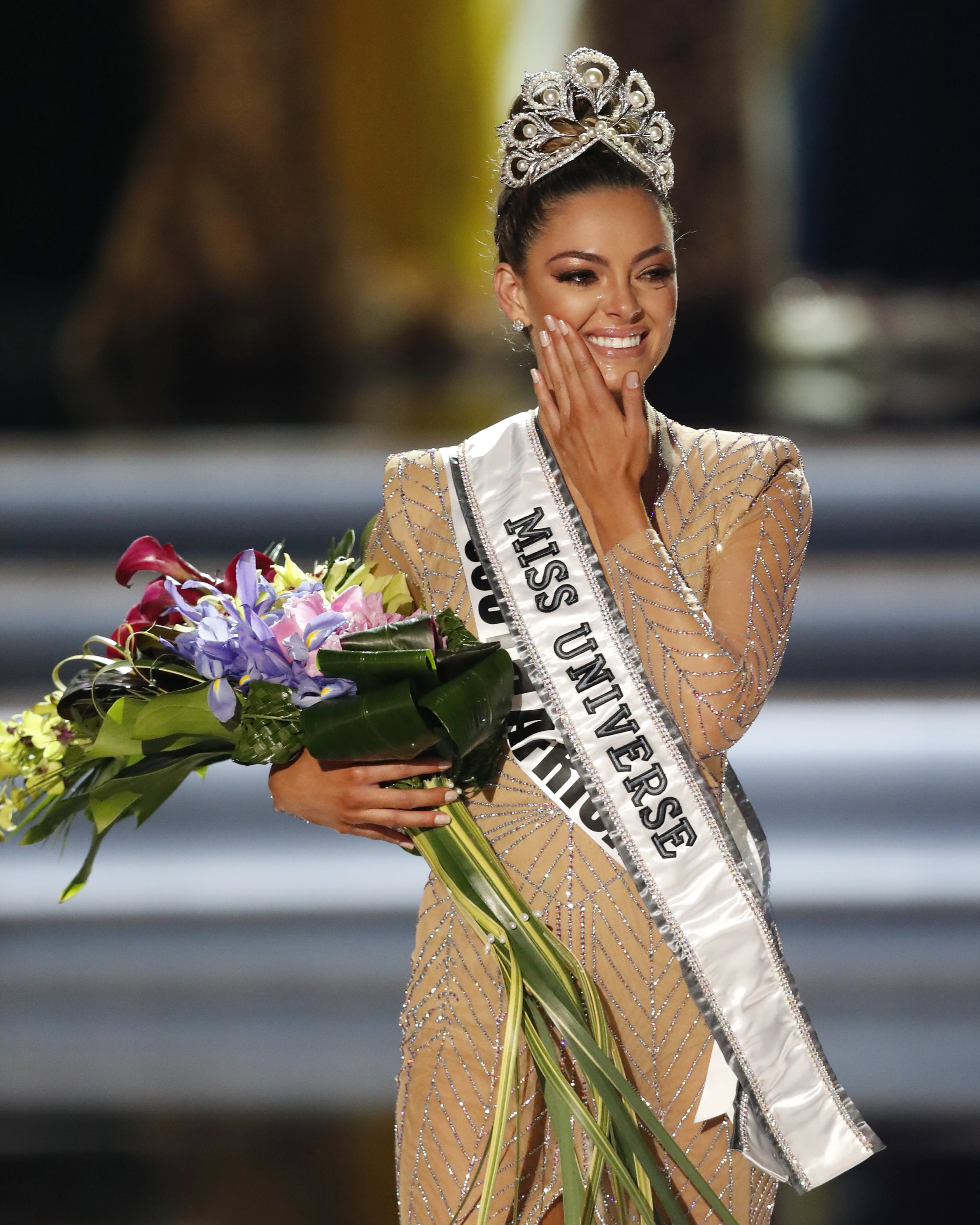 Miss Universe Demi-Leigh Nel-Peters dispelled the myth that pageant queens are just pretty faces when she fought of a gang of men as they attempted to kidnap her in Johannesburg – just one month after she was crowned Miss South Africa.

The brave beauty was driving in broad daylight when a group of men carjacked her at a red light. She instantly got out of the car and but they tried to force her back in.

“I said to myself I’d rather be shot here than kidnapped and never seen again. The second destination will never be better than the first. So I punched him in his throat and ran away,” Demi-Leigh, then 22, recalled of her terrifying ordeal.

Following the attack in 2017, just months before she was crowned Miss Universe, Demi-Leigh started to teach self-defence classes to help women protect themselves. 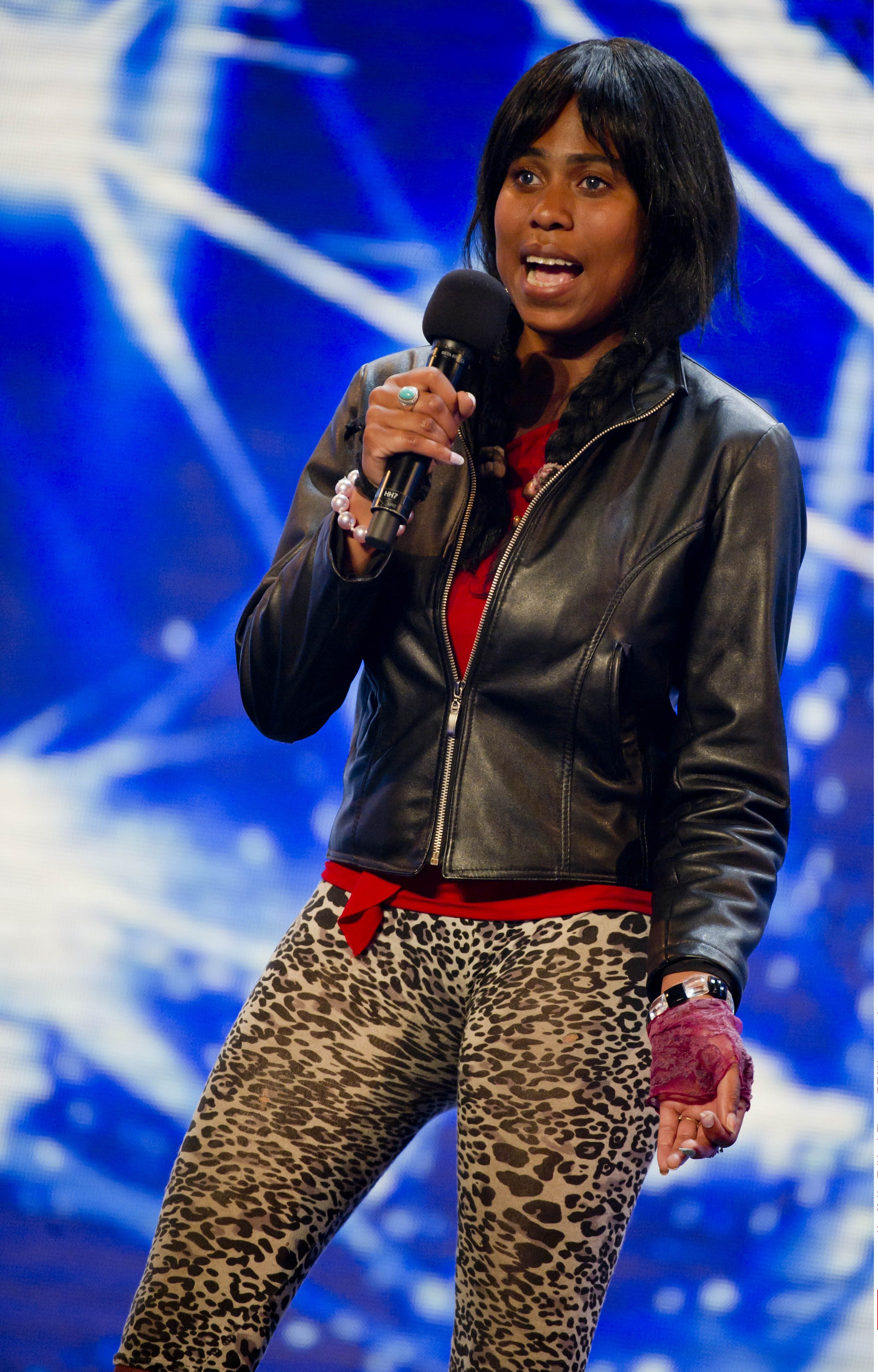 Wannabe Shirlena Johnson was competing in Miss GB heats in 2010 when she got the boot after being rumbled for lying about her age.

The Londoner had claimed to be 28, but then bosses saw her ­audition for the X Factor announcing: “Hello Simon, my name  is Shirlena Johnson and  I’m  30.”

She was also axed from The X Factor over fears for her mental health. 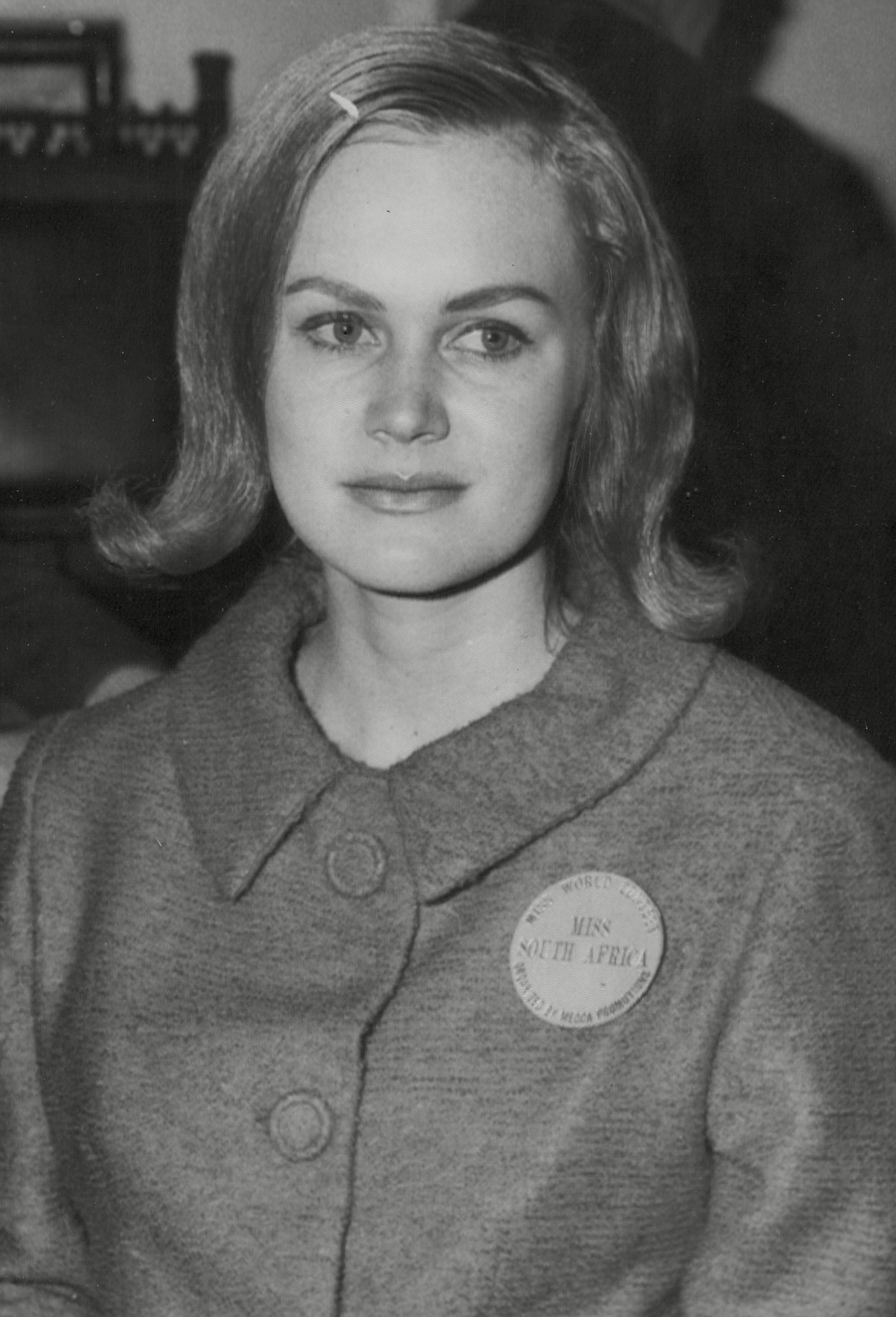 Sadly, Demi-Leigh is not the only Miss South Africa to have fallen victim to attempted kidnapping.

In 1966, a group of nine students from Cambridge University tried to kidnap Johanna Carter, hoping to ransom her to raise money for charity.

Luckily their plan failed when a member of Johanna’s security fended them off with an umbrella.

Being a beauty queen really is stressful!