A WOMAN explained she didn't like the silver and topaz engagement ring her boyfriend picked out for her as she was hoping for something "more special".

The woman explained that her partner had shown her the ring before proposing, but it just wasn't to her tastes and she was worried the materials wouldn't last very long. 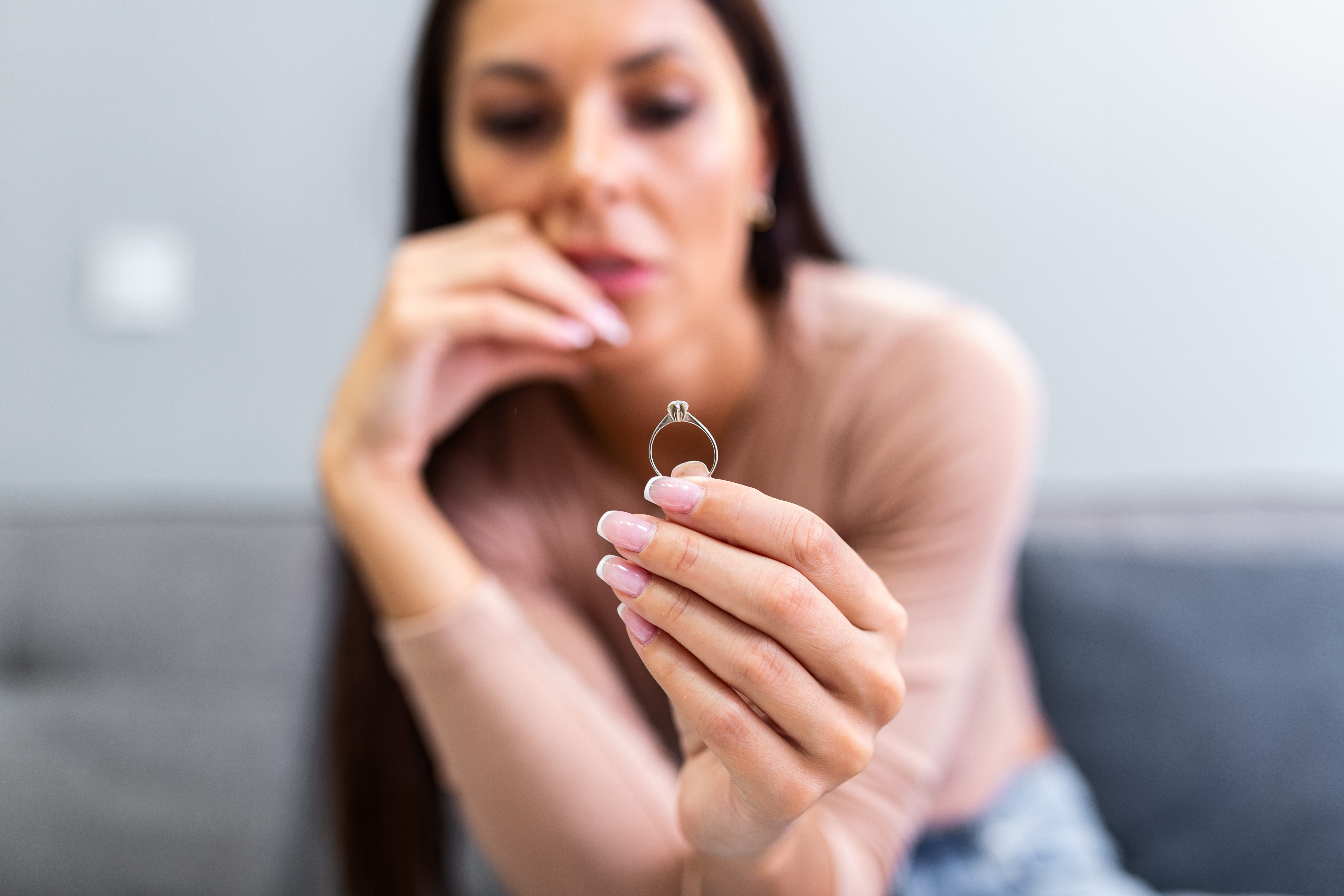 The disappointed bride-to-be, who makes and selling jewellery, took to Mumsnet to explain the situation.

She said: "[My partner] showed me the ring he’s gonna get, and it’s nice, but it’s not my idea of an engagement ring – it’s silver and topaz.

"Now this is NOT about the money – I do not expect the ‘month’s salary’ cos that’s diamond company propaganda.

"But I do love jewellery (I make and sell it) and engagement rings tend to be be a bit more special, and last a long time (topaz is brittle; silver dents easily).

"I don’t even mind if we don’t get married for years, but the ring is important to me.

"I don’t know if he knows what engagement rings more usually are, and I don’t think he’s trying to be cheap, and it’s a sweet ring.

"I love that he’s picked it himself too.

"Do I tell myself to get a grip, princess, or do I gently say, that’s lovely but I wonder if we could choose something together?"

Plenty of fellow Mumsnet users were quick to jump in and offer advice.

One said: "Just be honest (though gentle) with him!

"If you are going to marry him you must be able to have a frank conversation with him.

"He probably showed you the ring because he wants genuine feedback.

"Considering you know all about jewellery, you absolutely must share your opinion!!"

Another agreed: "Tell him – good communication is a key part of any serious relationship.

"This is a ring you will wear for the rest of your life (hopefully), so you want it to be a piece of jewellery you like."

A third said: "Definitely speak up now. Really presumptuous to choose something for you that you might wear daily for the rest of your life.

"I think be honest, say 'It's a lovely ring but I can't see myself wearing it every day', maybe describe your concerns about longevity, and give him more of an idea of what you do want?"

In other news, this man proposed with SIX different engagement rings so his bride-to-be could choose… but was he "setting the bar too high"?

Plus an "ungrateful" bride-to-be was slammed for saying she HATED her engagement ring after her fiance proposed with a family heirloom.

And this is what your marriage proposal says about your relationship, according to Dr Pam Spurr.