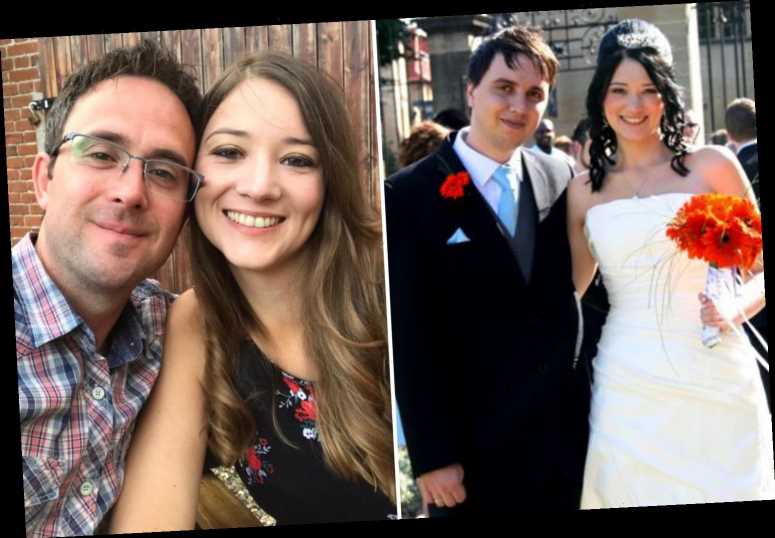 WHEN Rachel Bartholomew became a widow suddenly at 26 – she ruled out ever finding happiness again.

She'd lost the love of her life after her husband David died from brain cancer – just one year after they'd tied the knot. 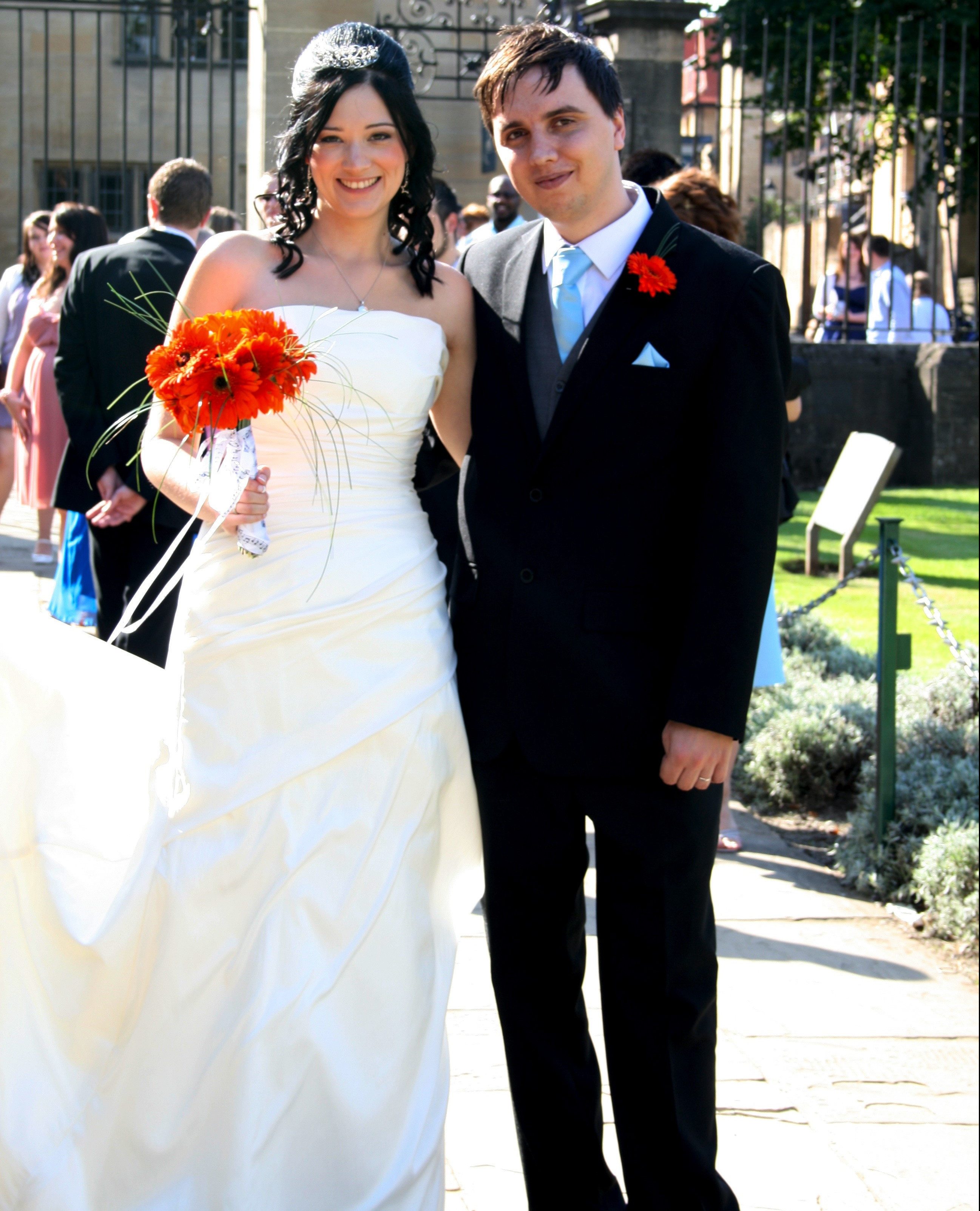 However, after eight years mourning his loss, Rachel, 34, a student services manager from Nottingham, has finally found love again.

Her new partner Christopher Coldbeck, 40, is tenderly helping Rachel to navigate her grief and have the courage to embrace a future with him at her side.

Allowing Christopher into her heart is bitter-sweet as part of her will always grieve for David and the future that was snuffed out when he was diagnosed with a terminal brain tumour just three months after their wedding.

Now Rachel is sharing her story through The Brain Tumour Charity to raise awareness as she wants to help save people her heartache and give them hope of finding happiness again. 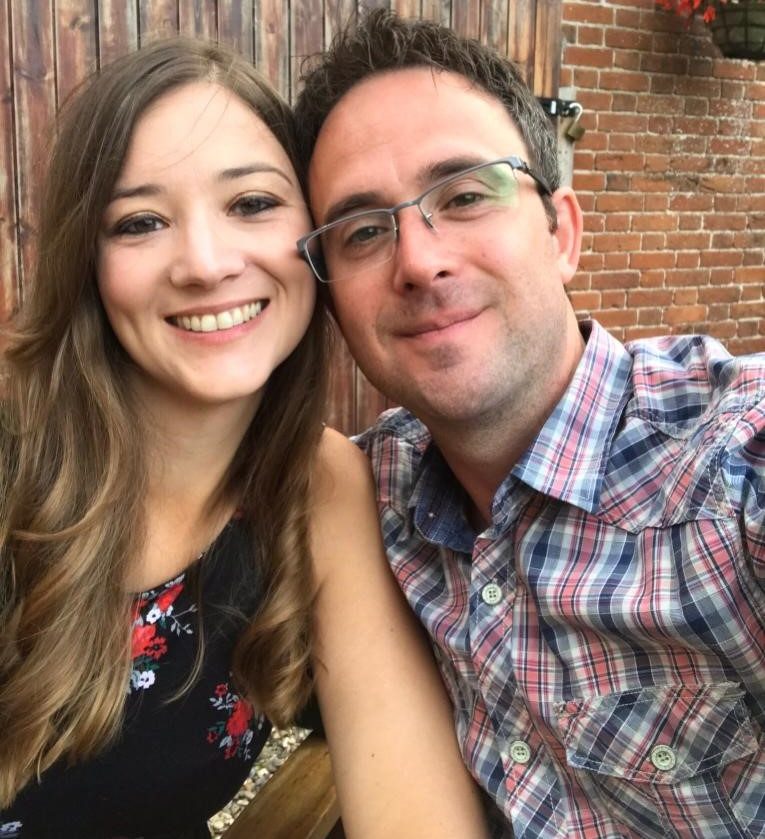 Rachel’s nightmare started at the beginning of December 2010, when David’s eye sight deteriorated.

“It was like something was blocking his vision at the top right of both his eyes,” said Rachel.

“He went for an eye test at an optician’s who said there was nothing physically wrong with his eyes and referred him to the eye hospital, who said that it was likely to be nerve related.

“They managed to squeeze us in for a CT scan at the end of the day.

“We were told said the scan had revealed ‘an anomaly’ in David’s brain and he was referred for an MRI scan as soon as possible.”

Then one night a week before that Christmas, David had a seizure, which woke Rachel up and she called 999 for an ambulance. 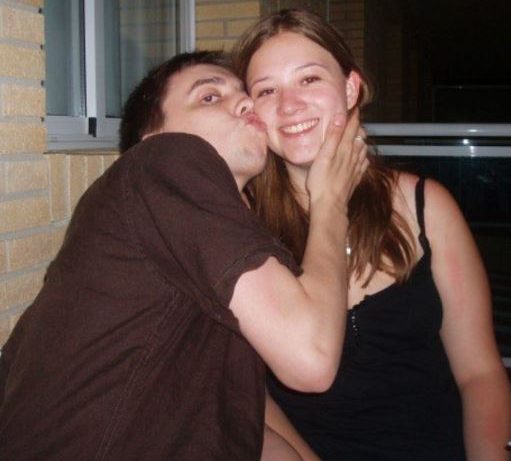 David was put on steroids to relieve the pressure on his brain. He had an MRI scan on Christmas Eve and they had to wait until two weeks after Christmas for the results, when doctors confirmed he had a brain tumour.

Three days later, David had a four-hour biopsy, which confirmed he had a grade 4 glioblastoma – a highly aggressive brain cancer – which has an average prognosis of 12-18 months.

“I couldn’t take it in,” said Rachel.

I knew it was terminal, but I wanted to focus all my energy on him

“Thoughts spun round and round in my head. ‘What does that mean for us? What about our plans? Our future?’

“We weren’t told his prognosis and I didn’t ask – I didn’t want to know.

“Looking back, I was in denial.

“Deep down, though, we both knew our plans to travel and have children was never going to happen.”

“I knew it was terminal, but I wanted to focus all my energy on him and being there for him,” Rachel added. 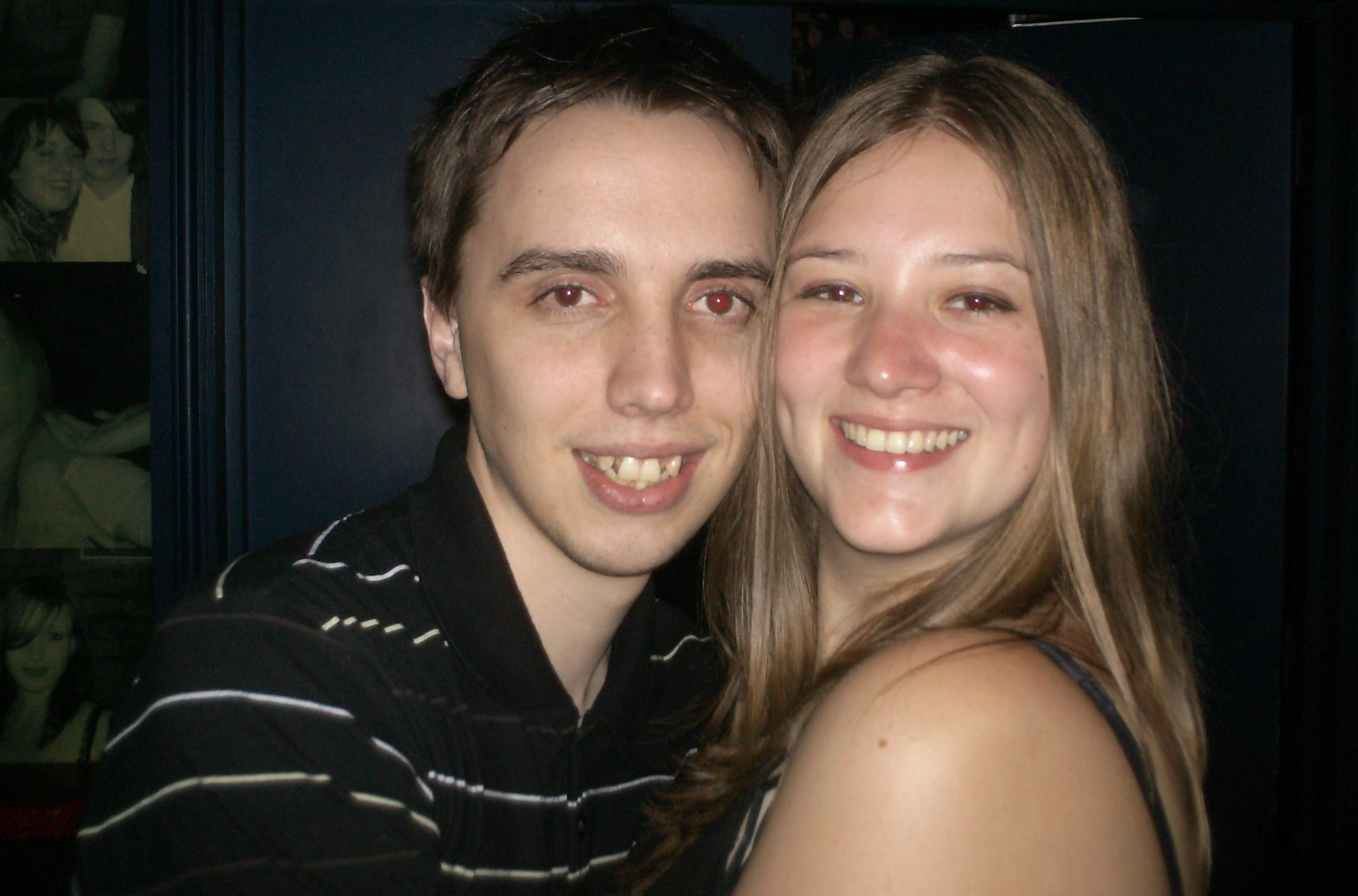 David’s tumour was inoperable due to its position.

He had radiotherapy every day at the Churchill Hospital cancer centre in Oxford for six weeks, travelling from their home in Banbury.

He was also put on Temozolomide chemotherapy tablets and kept on steroids.

‘”Radiotherapy left him exhausted and his eye sight was getting worse,” said Rachel.

“His speech was also affected. He knew what the words were in his mind but just couldn’t say them, which really frustrated him. 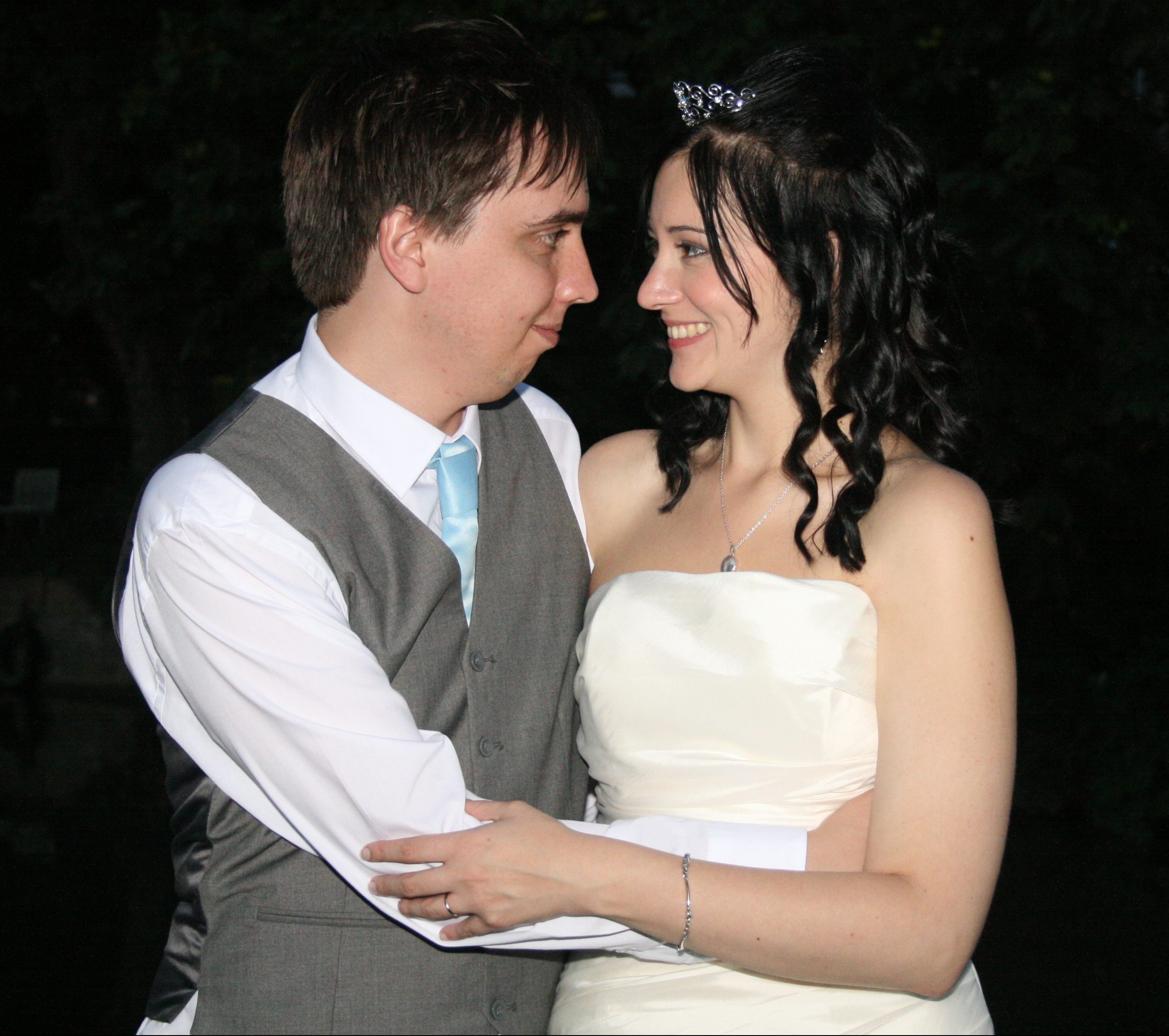 “He was a keen musician and missed being able to play with his band – it felt like he was losing his identity piece by piece.

“The steroids made him put on about four stone, which made him feel very bloated and uncomfortable.

“It affected his confidence, but I did my best to reassure him I still loved him.”

Over the following months, David’s condition got progressively worse.

I did my best to reassure him I still loved him

Longing to feel like carefree newlyweds again – if only for a few days – they planned a weekend away to Stratford-upon-Avon to celebrate their first wedding anniversary in September 2011.

“We were really looking forward to it, but as soon as we got to the hotel, David had two seizures, “said Rachel.

“I called an ambulance and he had two more seizures on the way to hospital.”

David was in hospital for ten days with breathing problems and an infection. 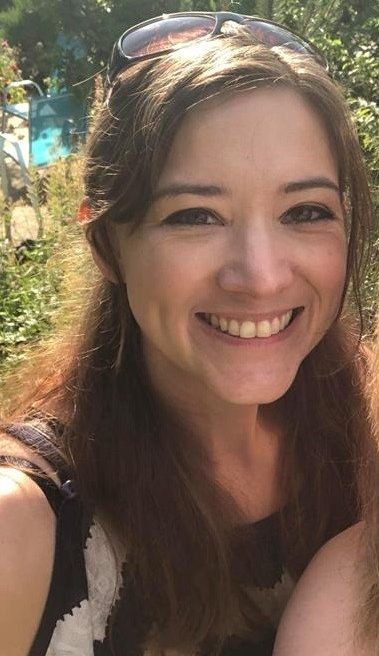 Back at home, his condition deteriorated rapidly and he went into a hospice in October 2011.

“Towards the end, he just wanted it to be the two of us,” said Rachel.

“He didn’t want to see anyone else.”

“Less than a year before, it had been our wedding day – how was I now a widow?” 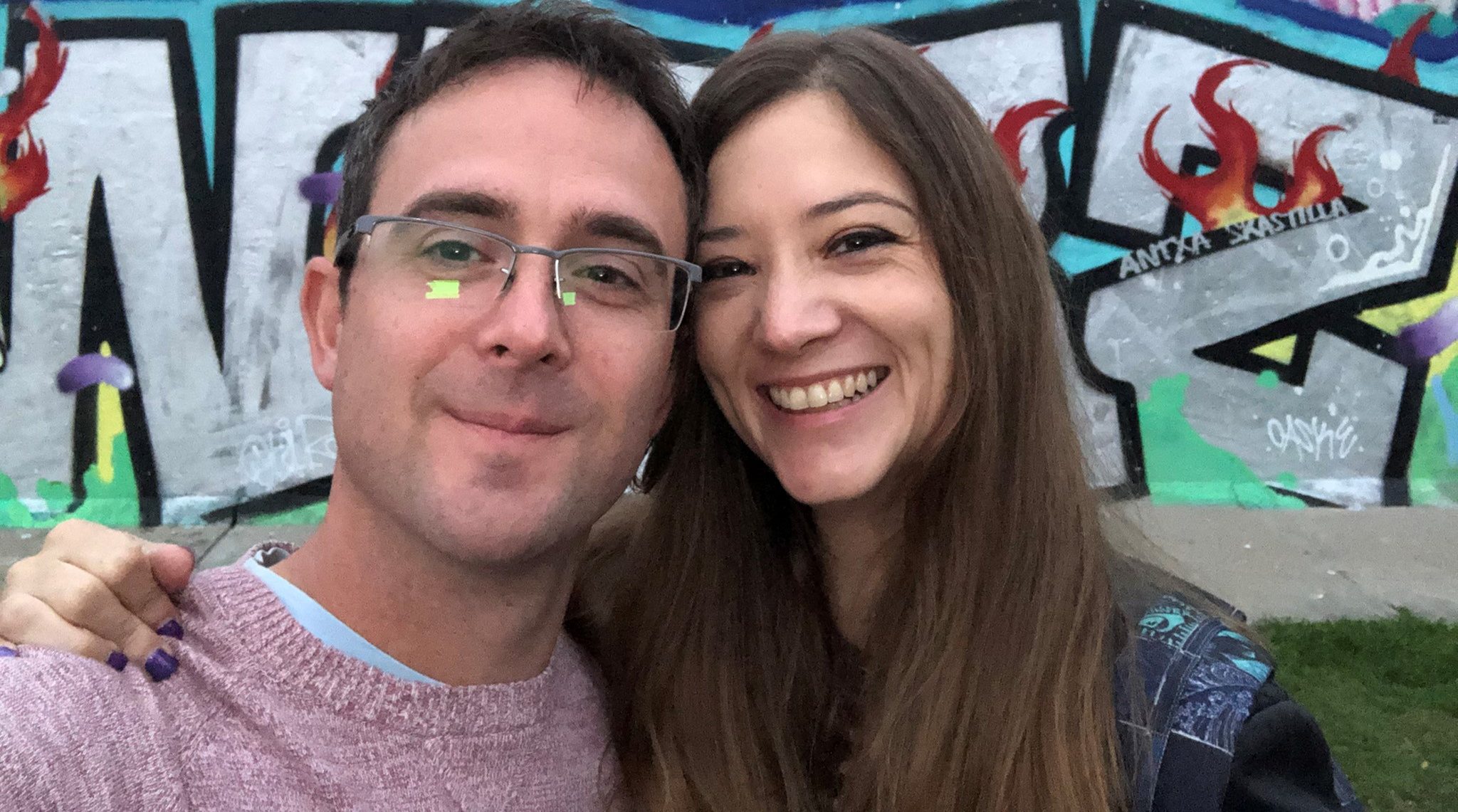 After David’s death, everything hit the young widow and she had six months unpaid leave to travel – compelled to see everything she’d planned with David.

“While David was ill, I solely focused on him,” said Rachel.

‘I didn’t stop to think how I was doing, so I struggled after his death as everything we’d been through hit me – and I was grieving for him and the life we should have had together."

Eight years after David's death Rachel started going on dates – but many of them fizzled out s they felt "threatened" as Rachel was still grieving for David. 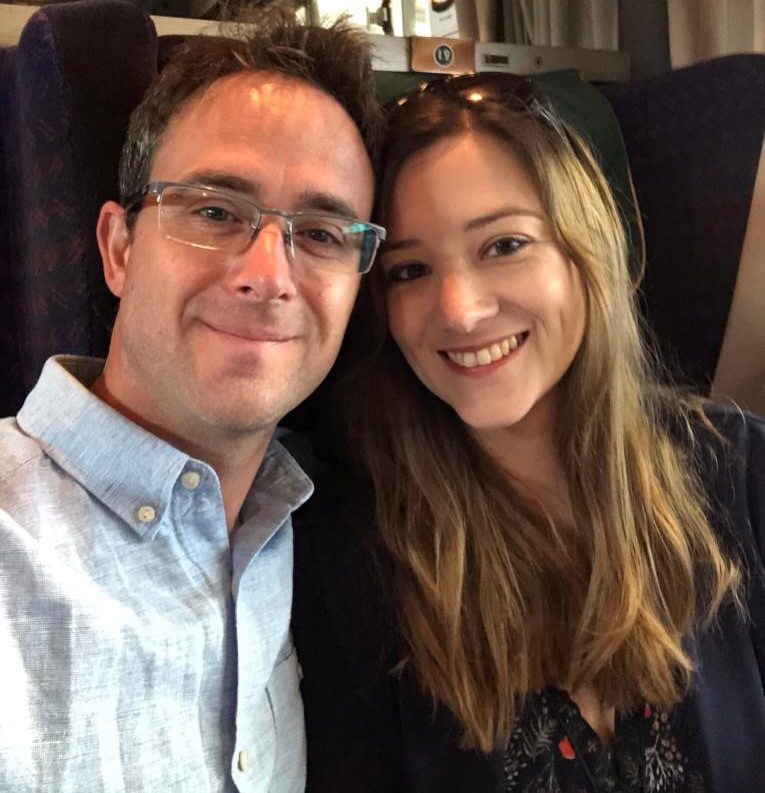 What is a glioblastoma?

Glioblastomas are the most common high grade (cancerous) primary brain tumour in adults but they can also occur, rarely, in children.

However, with about 3 to 4 new cases of glioblastoma diagnosed each year per 100,000 people in the UK, glioblastoma is still classed as a rare cancer.
Glioblastoma primarily affects adults between 45 and 75 years old and it is slightly more common in men than in women.

Glioblastomas belong to a group of brain tumours known as gliomas, as they grow from a type of brain cell called a glial cell.

Glioblastoma is the more common name for a type of brain tumour called a grade 4 astrocytoma.

Glioblastoma are 'diffuse', meaning they have threadlike tendrils that extend into other parts of the brain. They are fast growing and likely to spread. You may also hear them called glioblastoma multiforme, GBM or GBM4.

There are different types of glioblastoma:

But college lecturer Christopher was different.

"Right from the beginning, I knew Christopher was special as he instinctively understood my feelings for David and why he’ll always be a major part of my life," said Rachel.

The pair met online and spoke quite a few times before they met up after Rachel's friends encouraged her join a dating app.

Rachel said: "Right away, I said, ‘I have to tell you something about me’ then explained that my husband had died seven years before, and that I was still grieving for him.

"Christopher was so accepting and didn’t immediately have the opinion which people are often quick to form that I should have ‘got over it’ by now." 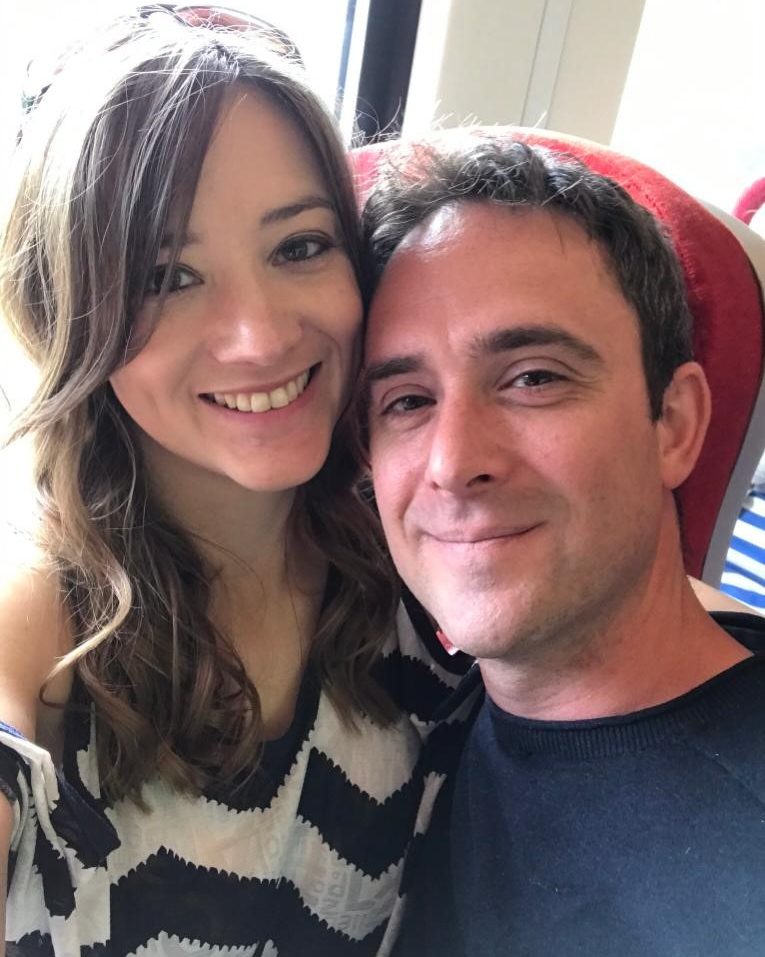 They went on a walk in Nottingham’s Wollaton Park for their first date in August 2018 and their romance slowly blossomed.

"Part of me can’t help still feeling guilty that I’ve met someone else," said Rachel.

"Christopher’s friend had lost his wife very young so he was patient and understanding with me as he’d seen the impact on others close to him."

Christopher helped Rachel to train for the 100km Sahara Trek which she did in February 2019, raising over £3,200 for The Brain Tumour Charity – although she hates sand.

“It was one of the biggest challenges I’ve ever faced,” said Rachel.

“But thinking of David gave me strength and inspired me every step of the way.”

“Gradually I told him more about David and the feelings I’m still trying to process,” said Rachel.

“I’m slowly working through my guilt and Christopher encourages me to open up to him – nothing’s taboo. 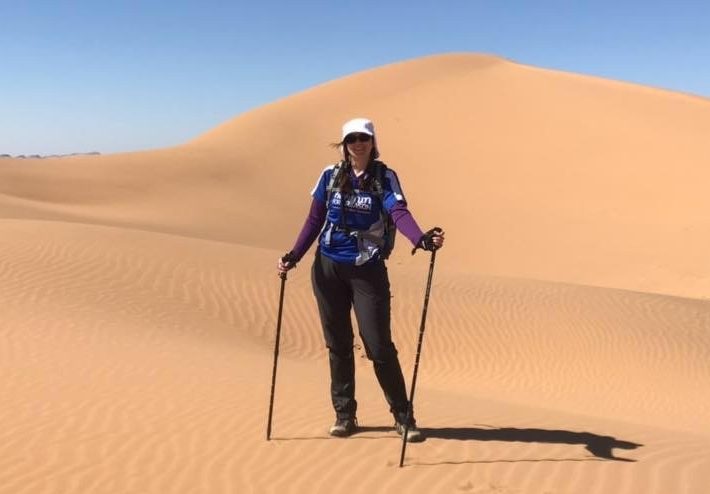 “He’s encouraged me to continue to deal with my grief and has also brought laughter back into my life – he’s the support I’ve needed for years and I’m very lucky to have him.

“We love travelling, walking and cooking together and our cats – we have four between us.

“It’s a tribute to the person Christopher is that, after the depth of love I shared with David, I have allowed myself to love someone else.

“David’s family have been really supportive about our relationship, too.”

Although Rachel and David – who met in her final year at university – never discussed her having another partner – she knows she’d have his blessing. 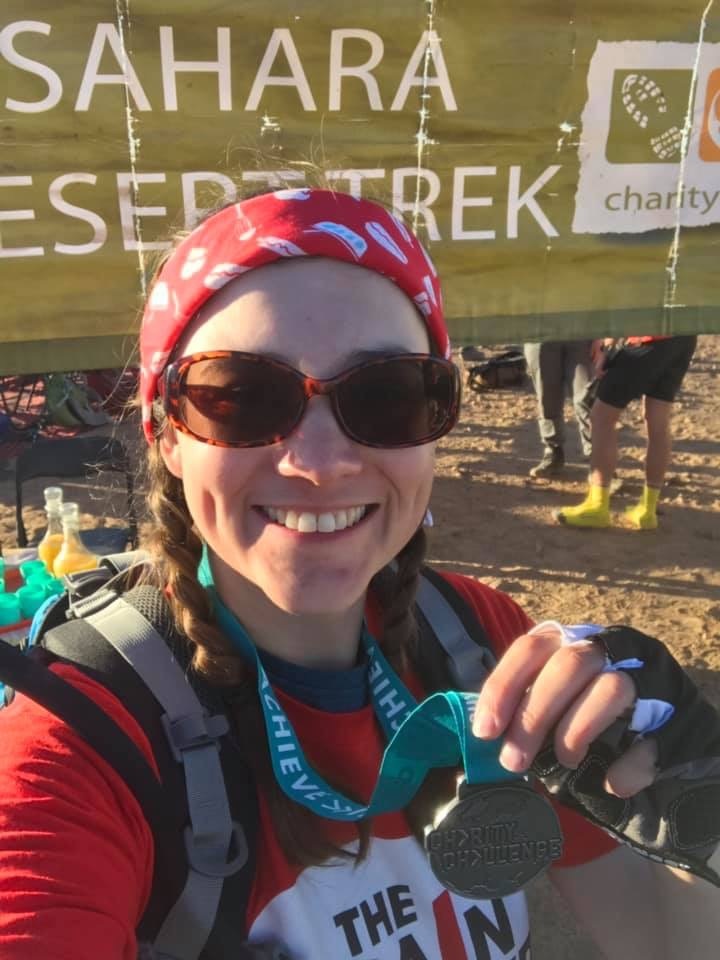 “He wouldn’t have wanted me to be alone,” she said.

“David always supported me and I know he’d want me to be happy – and I’d feel the same if it was the other way round.”

Poignantly, Rachel and Christopher have decided not to have a baby – as she had spoken to David about freezing his sperm but left it too late.

“We’ve spoken about it and already decided not to have a family," Rachel said.

“Christopher already has a teenage son and for me it’s something I wanted with David and I can’t replicate that." 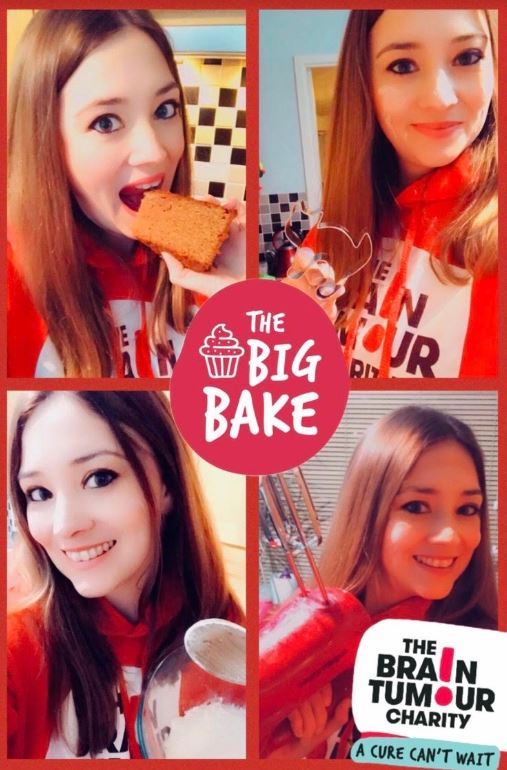 Now Rachel is taking part in The Brain Tumour Charity’s Big Bake with mini bakes throughout the week March 9-13 at the University of Nottingham, where she works.

“I want to help raise money for research and awareness to help save other people’s lives being devastated by brain tumours as David’s legacy,” she said.

And she treasures her time with Chris in the knowledge David would be happy for her.

“Chris and I haven’t moved in together yet as we are taking things gradually but we are very happy together,” said Rachel. 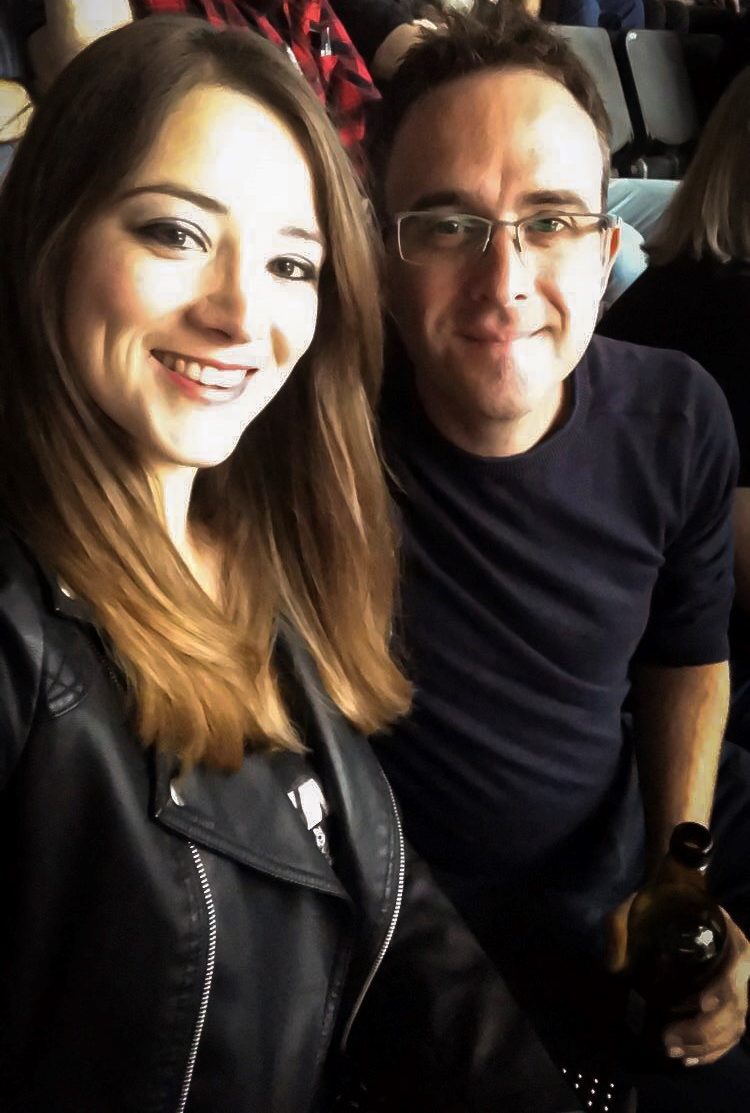 “I’m so fortunate that Chris understands that I love him and that David will always be in my heart – he’s made me feel calm again.

“And I feel very blessed to have had two amazing men in my life who are both so caring and have encouraged me to grow and be the best I can be,”

Sarah Lindsell, The Brain Tumour Charity’s chief executive, said: “Our hearts go out to Rachel for losing her husband at such a young age to this brutal disease – brain tumours are the biggest cancer killer of our children and under-40s in the UK.

“We are so glad for her she has found happiness again and wish her and Chris all the best for their future.

“And we are very grateful to her for taking on The Sahara Trek and supporting The Big Bake this year to raise vital funds for research.

“We receive no government funding and rely on our wonderful fundraisers like Rachel, donations and gifts in wills to help us move nearer the goals in our research strategy, A Cure Can’t Wait, of doubling survival within ten years and halving the harm brain tumours have on quality of life.”