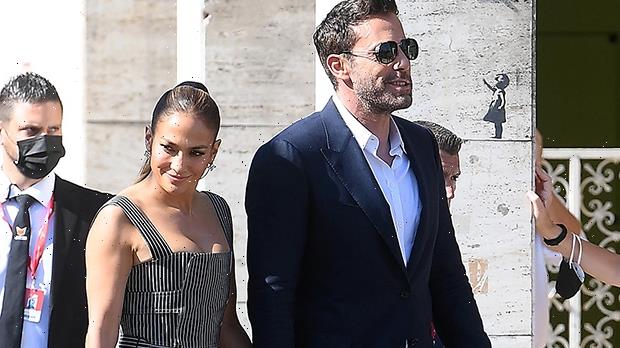 While continuing their PDA tour in Italy, Ben Affleck and Jennifer Lopez headed to the Venice Film Festival on Sept. 10.

Jennifer Lopez and Ben Affleck attended the star-studded Venice Film Festival on Sept. 10. The lovebirds were photographed leaving the festival and getting on a boat to head back to their hotel afterward. They held hands and looked seriously stunning together. Jennifer wore a black and white striped dress, while Ben was handsome in a suit and sunglasses. Seriously, do these two even age?! 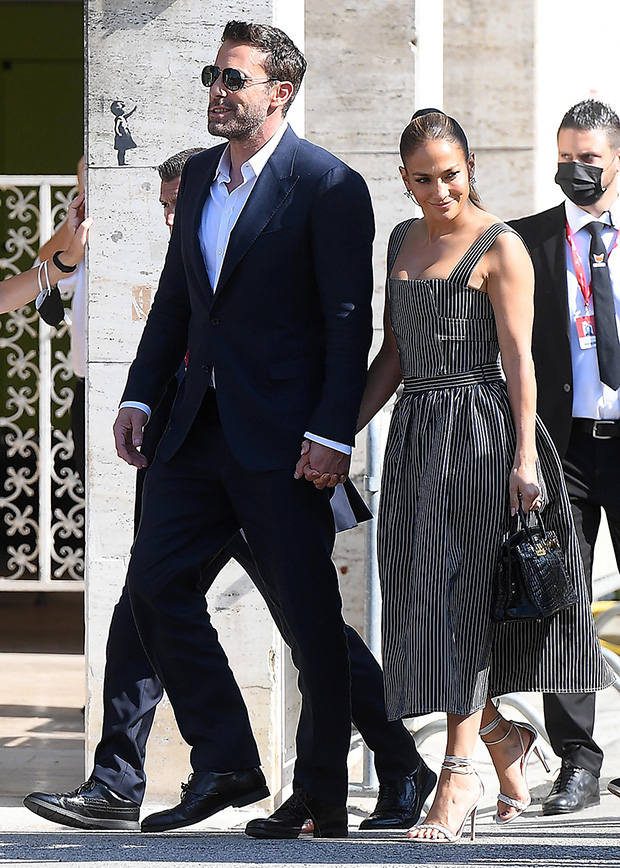 Ben was in town to promote his upcoming movie The Last Duel, where he stars alongside longtime pal and collaborator, Matt Damon. Matt and Ben actually posed for photos together at an event for the movie earlier in the day. While Jen did not take any official photos at the event, she was clearly on-hand to support her man on the important day.

J.Lo and Ben arrived in Venice one day prior to their appearance at the Venice Film Festival. They were once again caught holding hands as they walked onto a boat in the city. Jennifer looked absolutely stunning in a lacy white dress, and the two couldn’t keep their eyes (or hands) off each other as they boarded their water transportation. 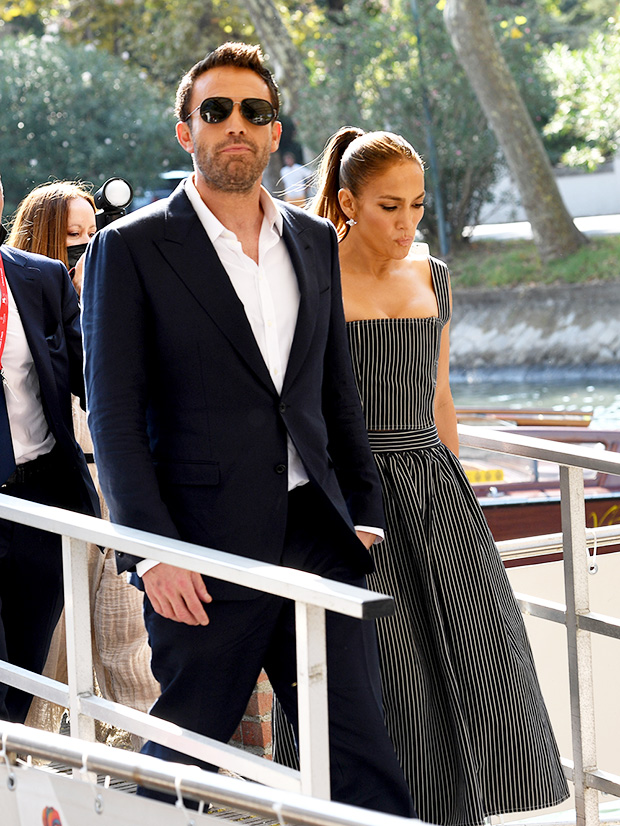 This is Ben and Jen’s second trip to Europe since rekindling their romance back in April. In July, they traveled to St. Tropez, Monte Carlo, Portofino and more during a excursion for Jen’s 52nd birthday. They were photographed making out on a boat and displaying their love all over various cities throughout the romantic getaway.

Ben and Jennifer first met on the set of their movie, Gigli, in the early 2000s. They started dating in 2002, and wound up getting engaged at the end of that year. Although they had a wedding set for Sept. 2003, they called off the nuptials just days before due to overwhelming paparazzi attention. The romance lasted four more months before they broke up in Jan. 2004. 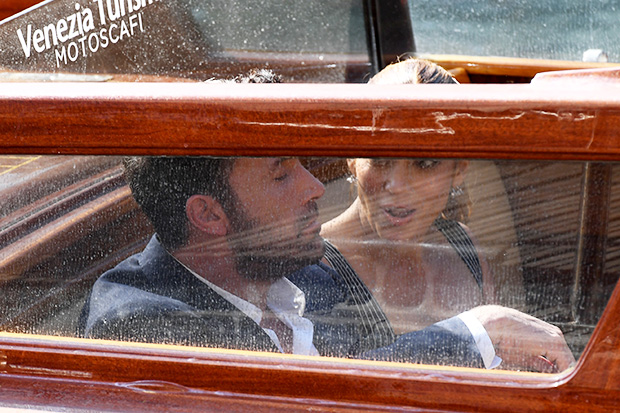 However, they remained on amicable terms, and when they were both single again in the spring of 2021, they rekindled their relationship. Since then, they’ve basically been inseparable, and they’ve even introduced each other to their kids — Jen shares twins with Marc Anthony, while Ben has three children with Jennifer Garner. Fans are now waiting to see if these lovebirds will pop up at the Met Gala in NYC on Monday, Sept. 13!