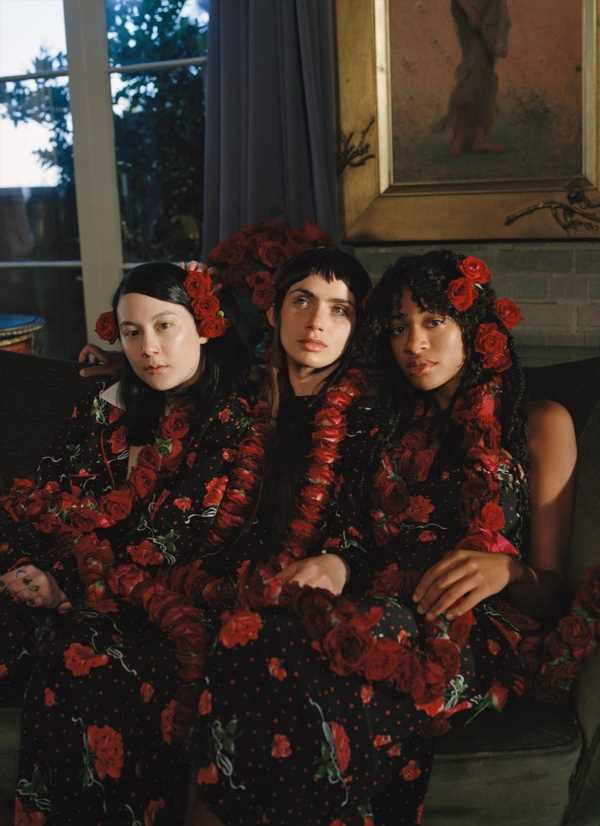 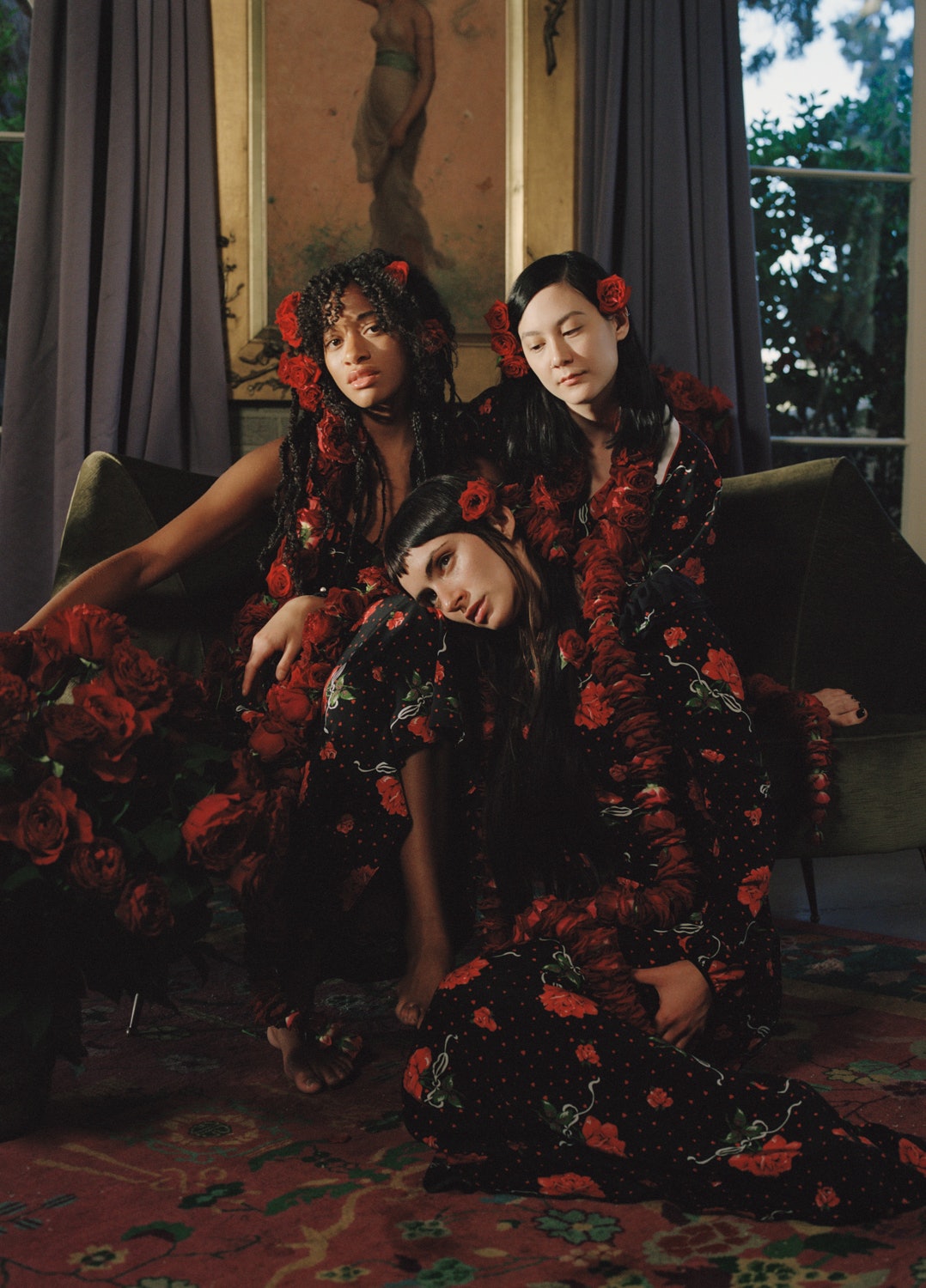 For her very first live performance on network television in March, the musician Japanese Breakfast, née Michelle Zauner, wore a candy-colored sequined Rodarte two-piece set with dramatic puffed sleeves. Zauner chose the look for her appearance on The Tonight Show Starring Jimmy Fallon while promoting her latest album, Jubilee—and Rodarte designers Kate and Laura Mulleavy took note of the musician’s decision. Three months later, Japanese Breakfast is now one of four collaborators starring in the campaign for Rodarte’s inaugural pre-fall collection, alongside Kilo Kish, Zoe Bleu Arquette, and Grace Piehl. The offerings, which consist of suit-like polka-dot wrap dresses and bomber jackets with embroidered floral details, will be available on Rodarte’s website and in stores this week.

The images shot by Daria Kobayashi Ritch evoke the label’s romantic codes. Kish, Arquette, and Zauner wear roses—a key source for this season’s inspiration—in their hair, while Piehl is photographed inside a rococo mansion.

“We wanted to work with a group of people that would bring their personal style to the collection,” Kate and Laura Mulleavy told W via e-mail. “We felt that each unique mind would allow for a wearer to understand the clothing in a new way.”

Rodarte is known to tap its extensive network of friends-of-the-brand for its lookbooks and runway shows. Kirsten Dunst frequently wears the label on red carpets (and chose Rodarte to announce her second pregnancy in W’s Directors Issue this year). Previous campaigns have included Margaret Qualley, Haim, Maya Erskine, and Alicia Silverstone.

And in fact, one of Zauner’s first memories of Rodarte was seeing Joanna Newsom—yet another friend of Kate and Laura—at a performance at the Museo de Barrio in New York in a dress by the brand. “As she was tuning her harp, someone asked who she was wearing and she very proudly and coyly replied ‘Rodarte,’” Zauner said in an e-mail. “It was such a sweet moment. She obviously looked amazing, and just is amazing, but this dress seemed to really contribute to making her feel that way, which is an incredible power fashion can have.”