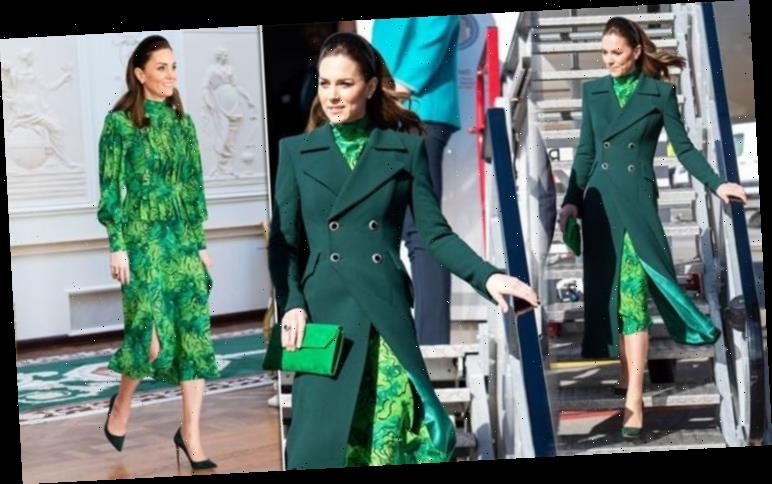 Kate Middleton and Prince William touched down in Dublin, Ireland. Both wore green to pay homage to the country, known as the Emerald Isle. However, Kate’s entirely green outfit attracted some mirth.

A green and black 80s inspired print covered the dress, which Kate paired with all green accessories.

Her coat was a double-breasted trench coat in a deep forest green colour from a favourite brand of Kate’s, Catherine Walker.

READ MORE: Kate Middleton dazzles in £1,595 emerald dress for second outfit of the day in Ireland 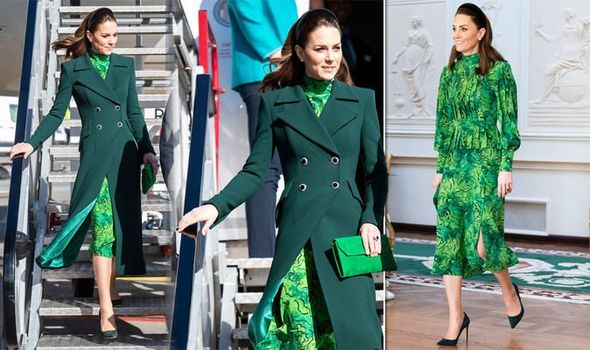 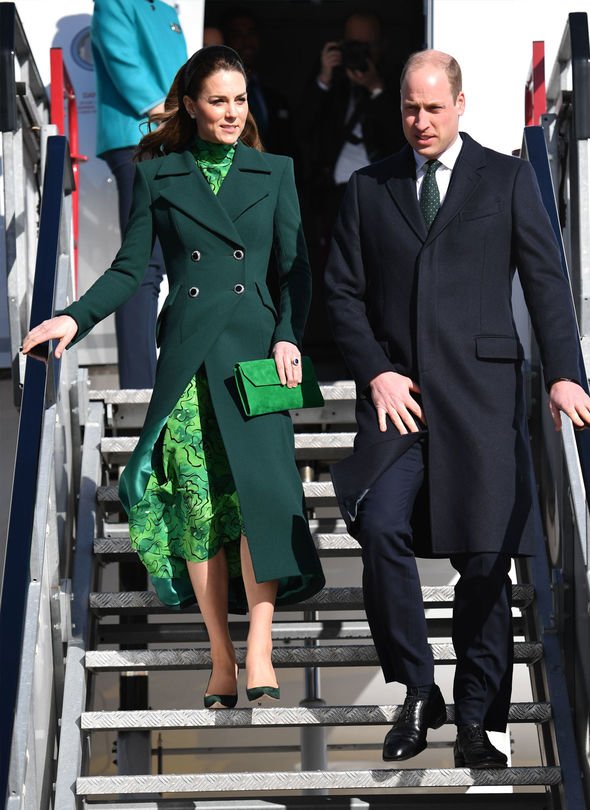 One Twitter user joked: “Kate Middleton is so humble she put in a shift with the cabin crew on her flight over.”

They were making a comparison to the Aer Lingus flight attendant uniform, which has always been traditionally green.

Aer Lingus is the flag carrier airline of Ireland, and Kate and William travelled on the country on the airline.

Recent versions of the uniform for women include a jacket with a large button at the top and a neck scarf.

The Twitter user was not the only one who made the connection.

Another said: “I genuinely thought the same thing.”

“First thing I thought when I saw the pic!” another wrote. 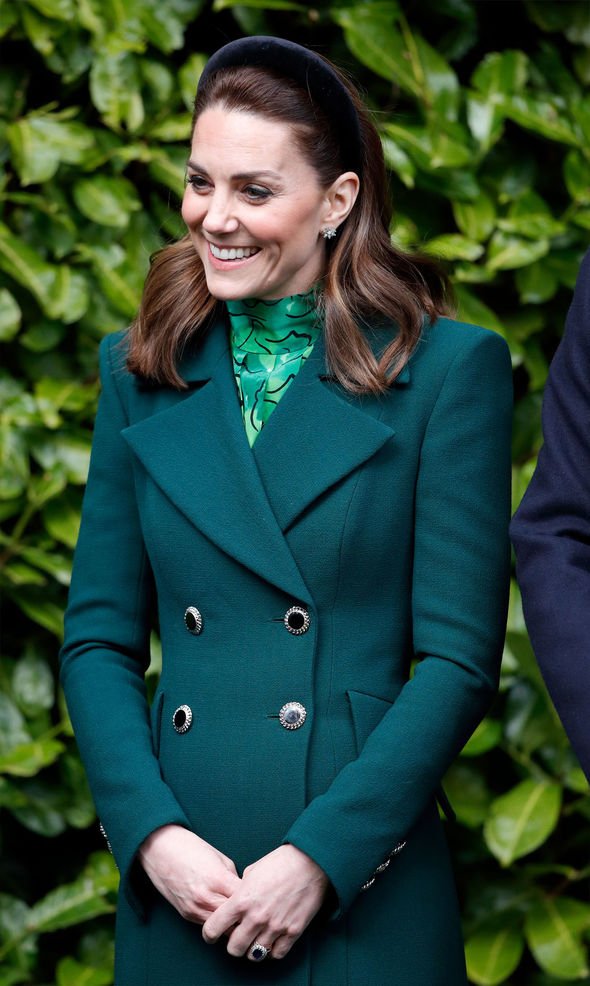 This wasn’t the only green outfit Kate wore on her first day in the country.

The Duchess of Cambridge wore a green dress for an evening event with husband William.

She wore a Victorian-inspired glitzy dress which had a high neck and long sleeves.

The piece has been reported to be the ‘Falconetti’ dress from The Vampire’s Wife, £1,595. 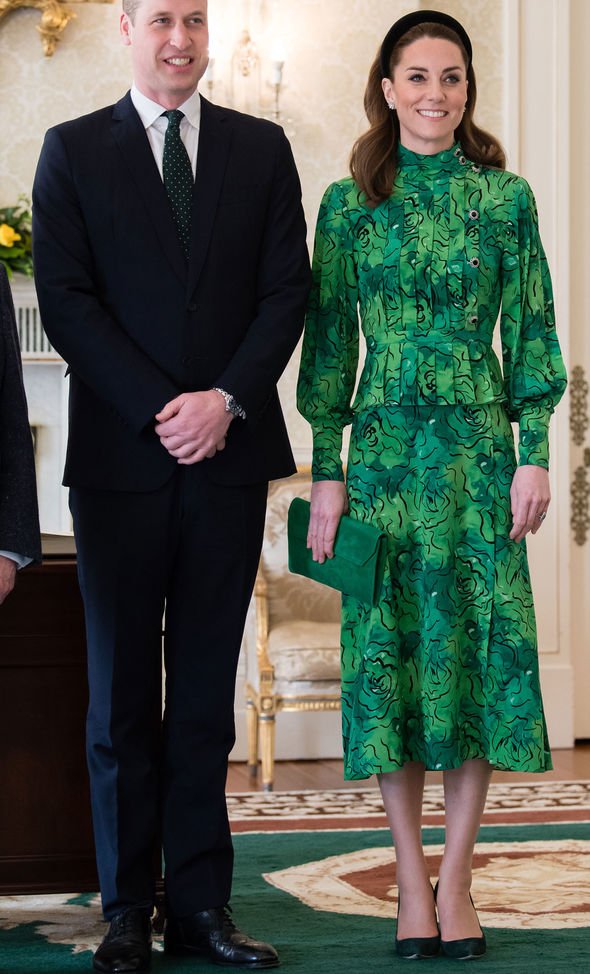 Today, however, Kate Middleton departed from her green theme with a white coat.

Eagle-eyed fans may have noticed the coat is a throwback from 12 years ago.

Kate wore the Reiss Olivia coat in white for her 26th birthday at Kitts nightclub in London.