The Commonwealth Games were declared open last night as a slew of famous faces attended the ceremony in Birmingham, including Prince Charles, Camilla Parker Bowles, and Sophie Wessex. For the occasion, Sophie wore a shimmering green dress, while Camilla donned a navy blue jumpsuit. Today, Sophie turned heads again in a patterned dress.

Sophie and Edward arrived at the Commonwealth Games today to watch the gymnastics and the Rugby Sevens.

The rugby match was held at Coventry Stadium, and Princess Anne and Sir Timothy Lawrence were also in the crowd.

Sophie opted for the perfect summer outfit as she was greeted by Games veterans before entering the gymnastics arena.

She donned a printed dress by Peter Pilotto, which she has worn on several occasions in the past.

The dress is a marine blue and covered in a floral and leaf print.

It has short sleeves and a cinched-in waist, before billowing slightly into mid-length pleated skirt.

Now sold out, the dress retailed for £795 when Sophie bought it a few years ago.

The Duchess completed her outfit with a brown leather handbag and a pair of brown espadrilles.

In this way, Sophie imitated the Duchess of Cambridge as Kate too is a fan of espadrilles.

The shoe is the perfect summer accompaniment to any outfit.

Sophie’s espadrilles are by British heritage brand Penelope Chilvers – a designer famous for her shoe designs.

The shoes are designed in Britain but made in Spain – the home of the iconic espadrille.

Kate has a similar pair of espadrille wedges, but in a grey colour and from Monsoon.

Both Duchesses have been wearing their espadrilles for years, and they perhaps have the late Princess of Wales to thank for.

Diana was seen in a pair of bright pink espadrille wedges in 1981, combining them with a pair of yellow denim dungarees. 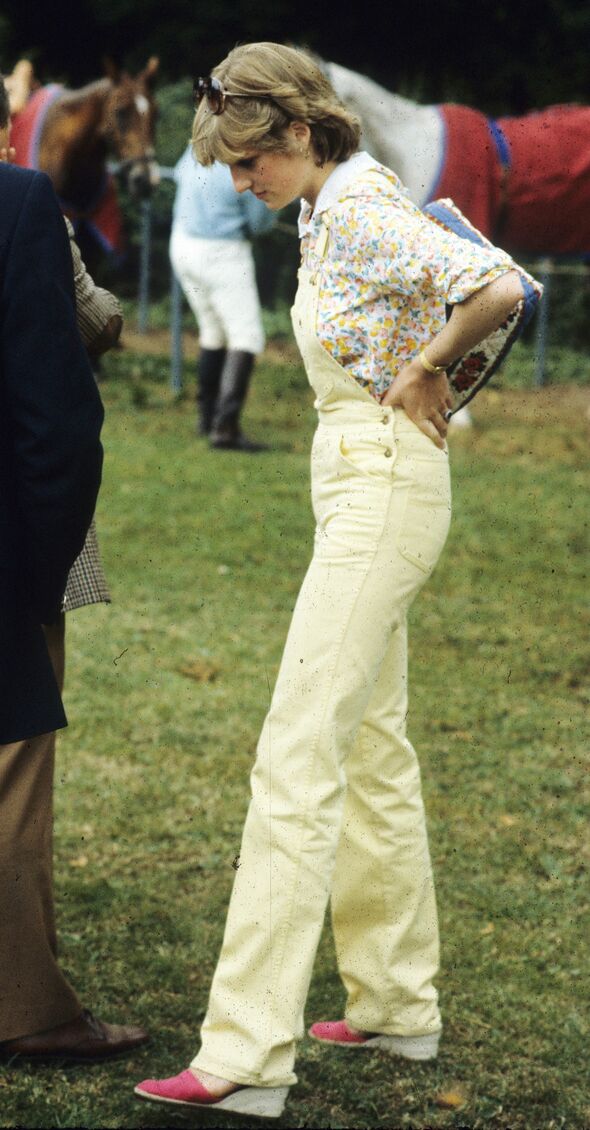 It was a daring look, marking the first of many of Diana’s quirky and unique style moments.

“As with so many trends, where Diana went the world followed,” fashion expert Samantha Harman told Express.co.uk.

“She is probably the first example of a royal wearing espadrilles in public.”

Today, Queen Letizia of Spain owns multiple pairs of espadrilles too – often wearing them up or down, depending on the occasion.

Royal fans were quick to take to social media this afternoon to express their opinions on Sophie’s look.