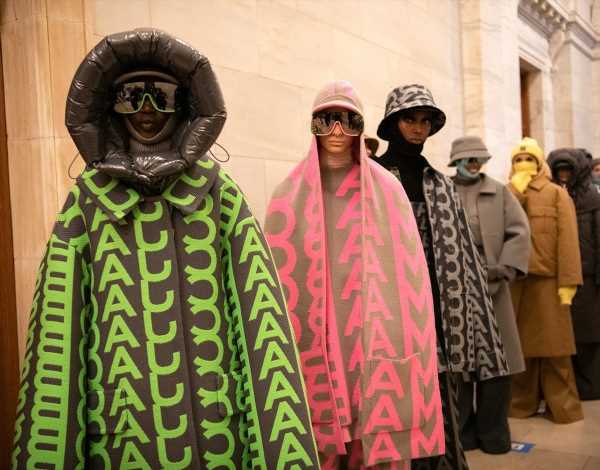 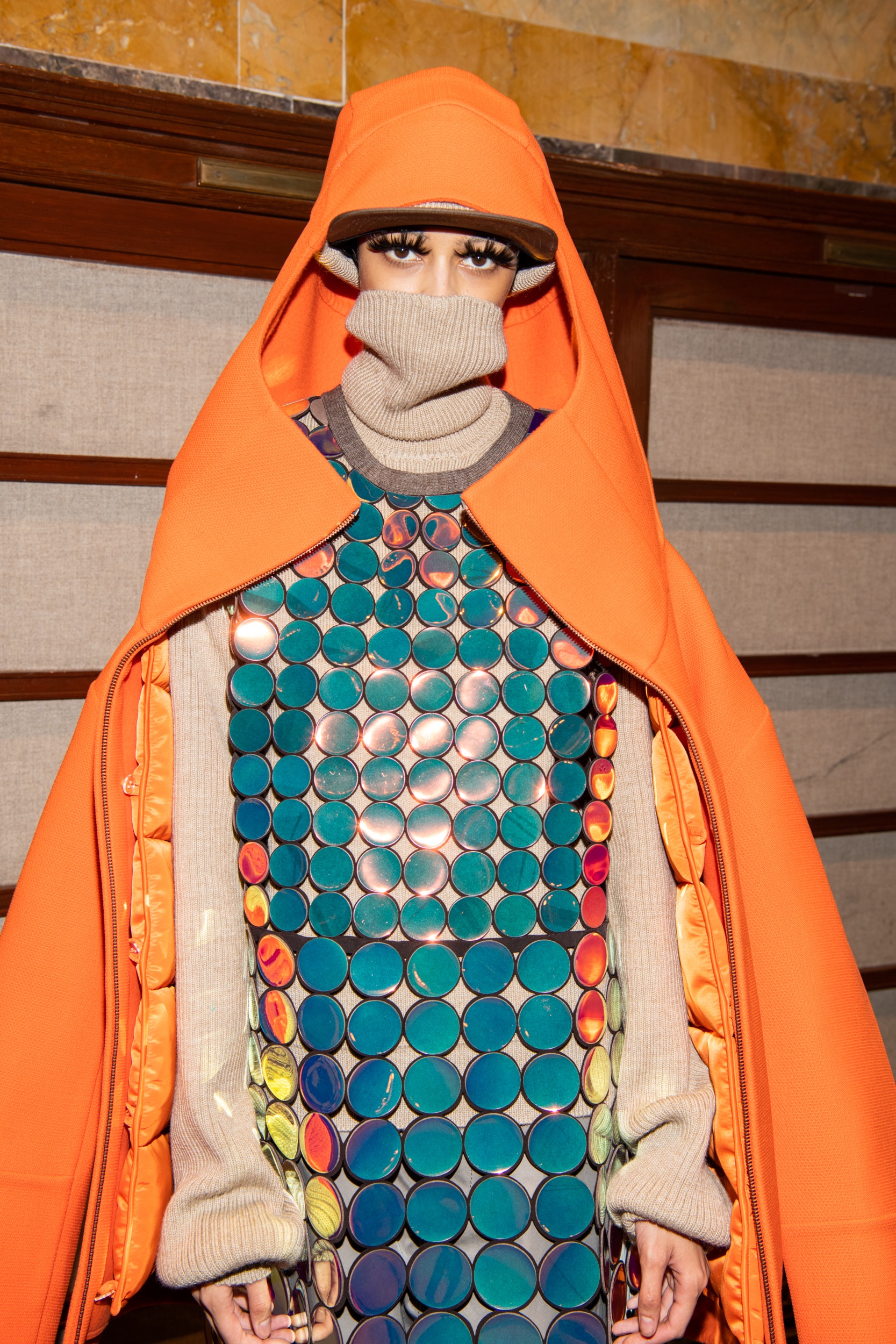 For years now, Marc Jacobs has marked the grand finale of New York Fashion Week with the final slot on the official calendar. Of course, things have changed over the course of the past year—making the designer’s IRL comeback more major than ever. (And that’s saying something, given how his last show, in February of 2020, casually featured Miley Cyrus amongst the models.) On Monday night, at the New York Public Library’s Fifth Avenue main branch, the designer staged New York’s first full-fledged major fashion show in over a year; as the New York Times’s Vanessa Friedman noted, it was even non-socially distanced—complete with hugs and kisses.

Many models did, however, wear face coverings, in the form of puffer snoods that stretched down their shoulders, not to mention giant puffer hoods—underneath of which they wore long, exaggerated lashes. As for the rest of the collection, it’s no surprise that Jacobs has recently been posting the work of Courrèges’s new artistic director, Nicolas de Felice. Things started out with a series of flared, baggy pants and oversized coats—a number of which trailed on the marble floor. But by the end of the show, models—all of whom wore towering-yet-wearable platforms—started to bare more skin. While still mostly covered up, a number of those in elbow-length evening gloves had entirely exposed backs. One male model was even shirtless.

“On the journey back to doing what we love most, in the wake of immeasurable loss, loneliness, fear, anxiety, and uncertainty, I am reminded of why creativity is so vital to our existence,” he wrote in the show notes. “To life.” And while many of those tuning in on Instagram Live complained that with all the covering-up, they couldn’t tell which among the cast was Gigi Hadid. (Not to mention Kaia Gerber, Anok Yai, and Selena Forrest.) Those IRL, on the other hand, overwhelmingly expressed the sentiment of the show’s title: “Happiness.” Below, see the full show—condensed into less than 10 minutes.