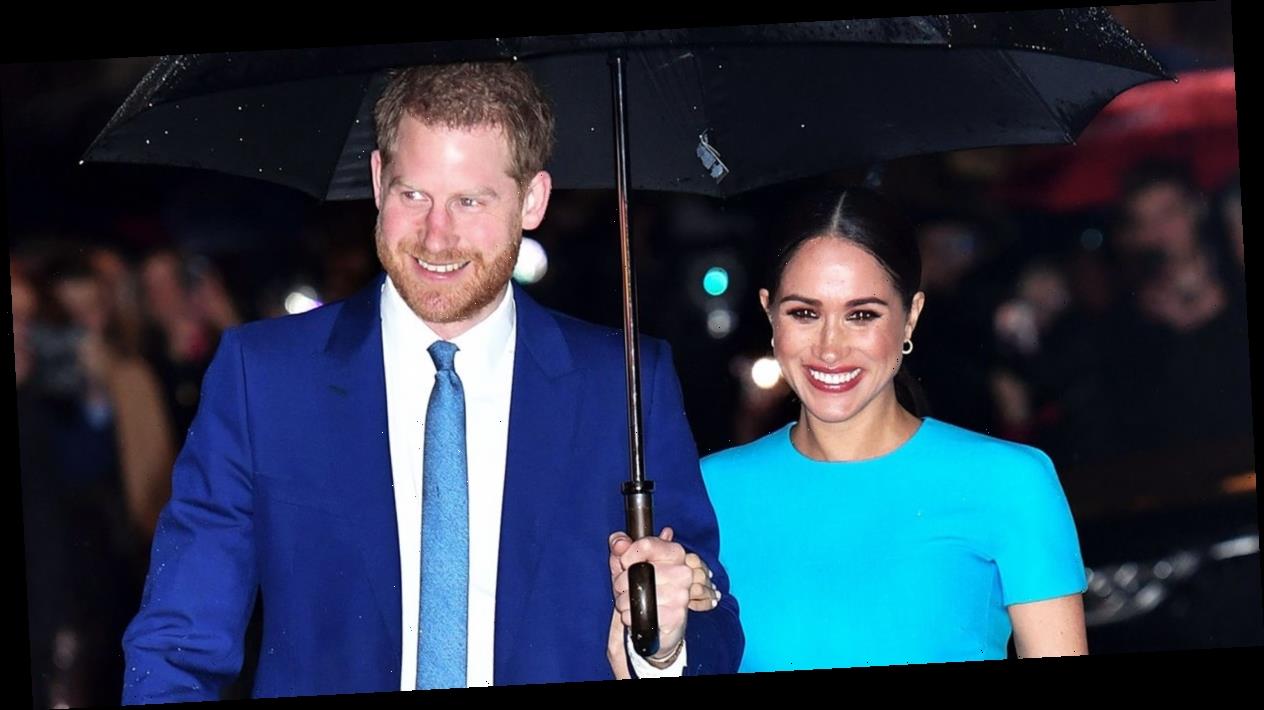 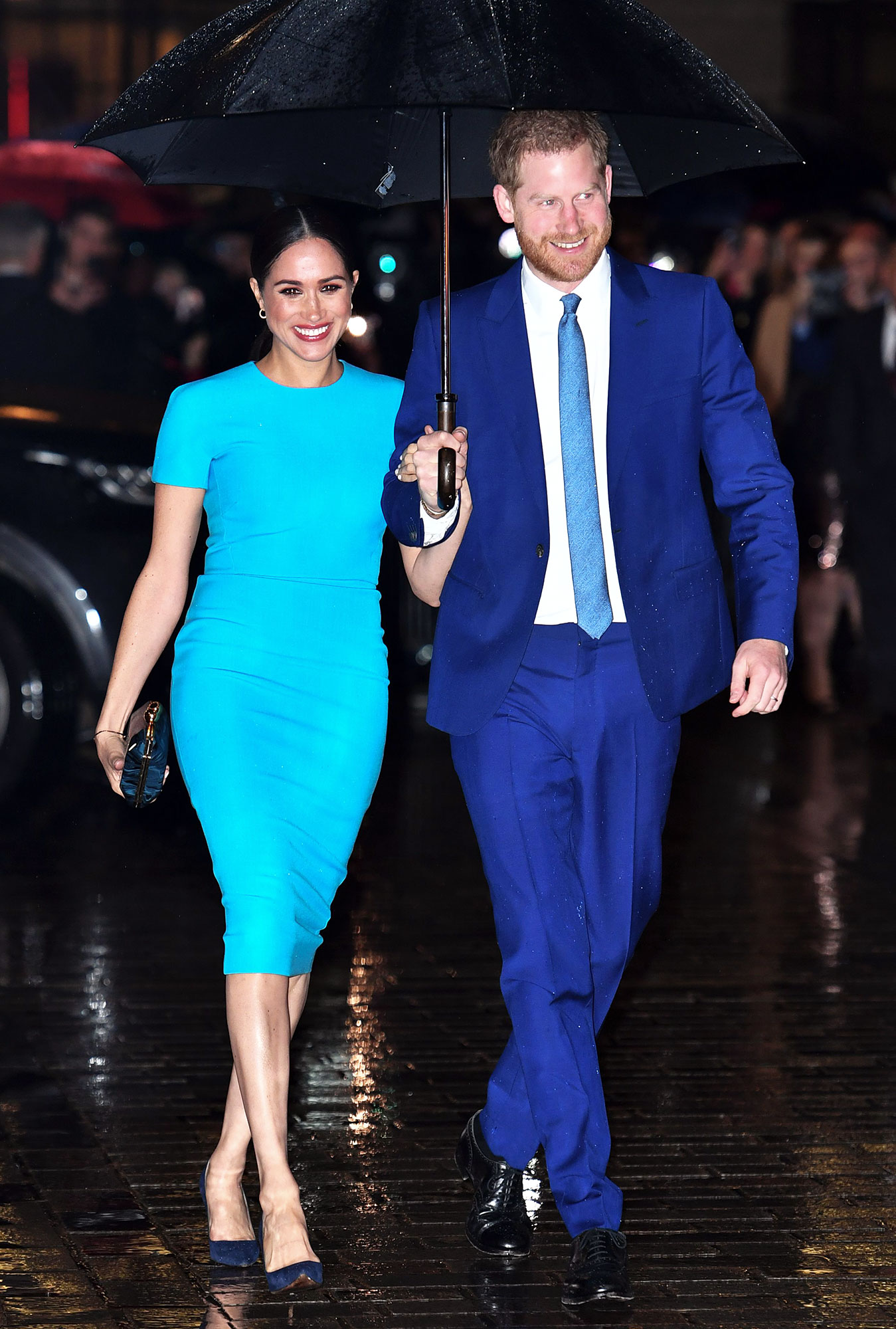 They’re back, baby! On Thursday, March 5, Meghan Markle and Prince Harry made their first public appearance in London since their royal exit in January. Naturally, such an occasion called for a special pair of $800 shoes from the new mom — yes, even in the middle of a rainstorm.

The former Suits star and her husband were all smiles as they began their day at the Goring Hotel in London. Markle exited her home-away-from-home wearing a stylish wrap coat paired with $800 black Aquazzura heels. To complete the ensemble, she carried a small handbag while she ducked under an umbrella to keep her fabulous blowout intact.

Looking just as sophisticated as his wife, Prince Harry donned a blue suit with a white shirt underneath. Sadly, baby Archie was nowhere in sight, but our guess is that he’s looking as adorable as ever in Canada.

The Most Extravagant Royal Engagement Rings in History

Later than evening, Markle and Prince Harry were photographed as they arrived in style to the annual Endeavour Fund Awards at the Mansion House. Markle looked radiant in a form-fitting blue dress, styled with navy Manolo Blahnik BB pumps and a matching clutch. She wore her hair in a low ponytail for an overall look that was the definition of sophisticated-chic.

Proving the pair will forever be couple #goals, the 35-year-old father matched Markle’s accessories, wearing a dark blue suit and a light blue tie. The two shared an umbrella to walk into the event, grinning from ear to ear.

In January, the world-famous couple announced that they were stepping down from their senior royal duties and moving to Canada with their ten-month-old son Archie.

“We have chosen to make a transition this year in starting to carve out a progressive new role within this institution,” Markle and Prince William wrote in a joint Instagram statement on January 8.

“We intend to step back as ‘senior’ members of the Royal Family and work to become financially independent, while continuing to fully support Her Majesty The Queen. It is with your encouragement, particularly over the last few years, that we feel prepared to make this adjustment.”

Listen on Spotify to Get Tressed With Us to get the details of every hair love affair in Hollywood, from the hits and misses on the red carpet to your favorite celebrities’ street style ‘dos (and don’ts!)