A MUM has been accused of ‘raising an assassin’ after taking her four-year-old daughter hunting. 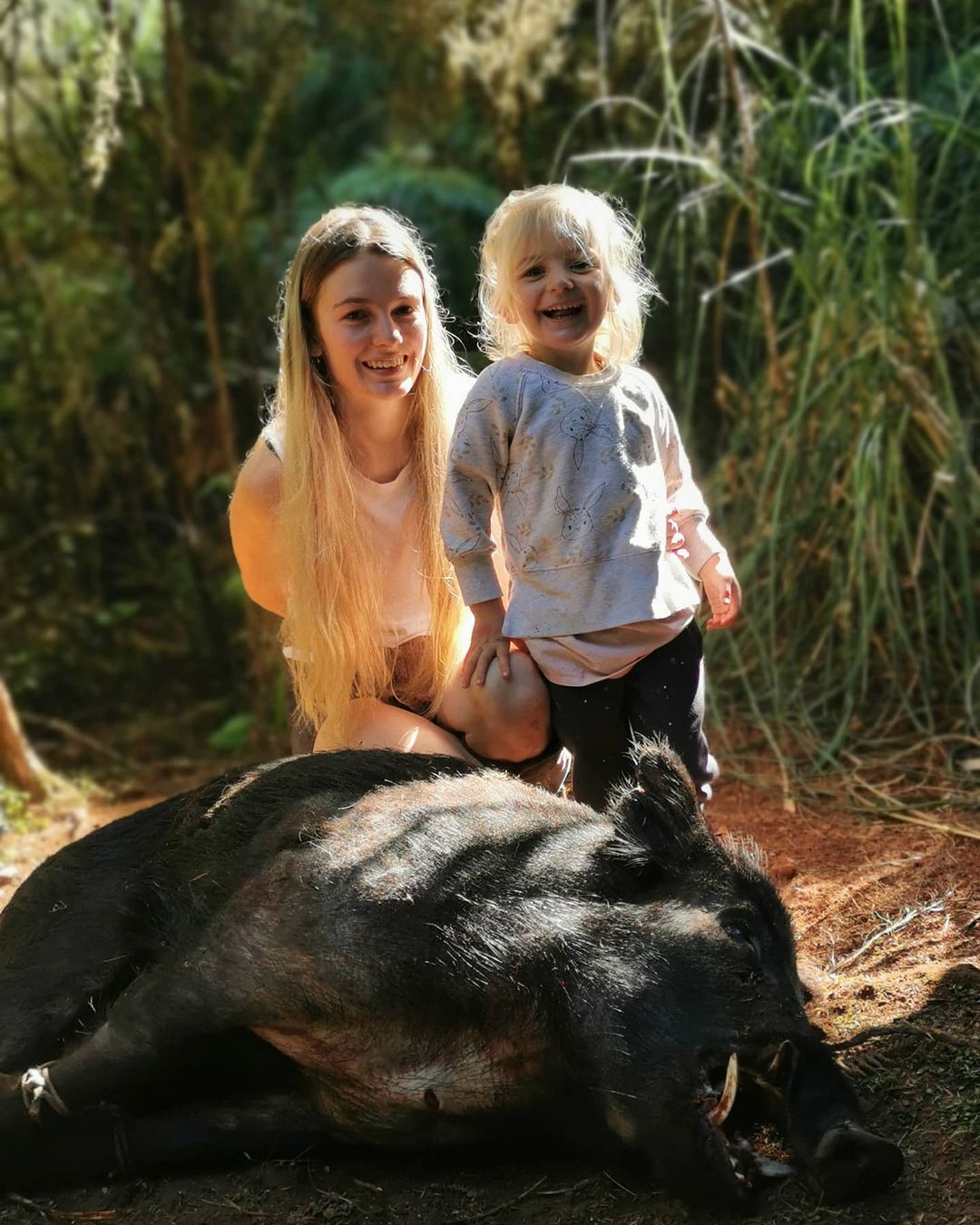 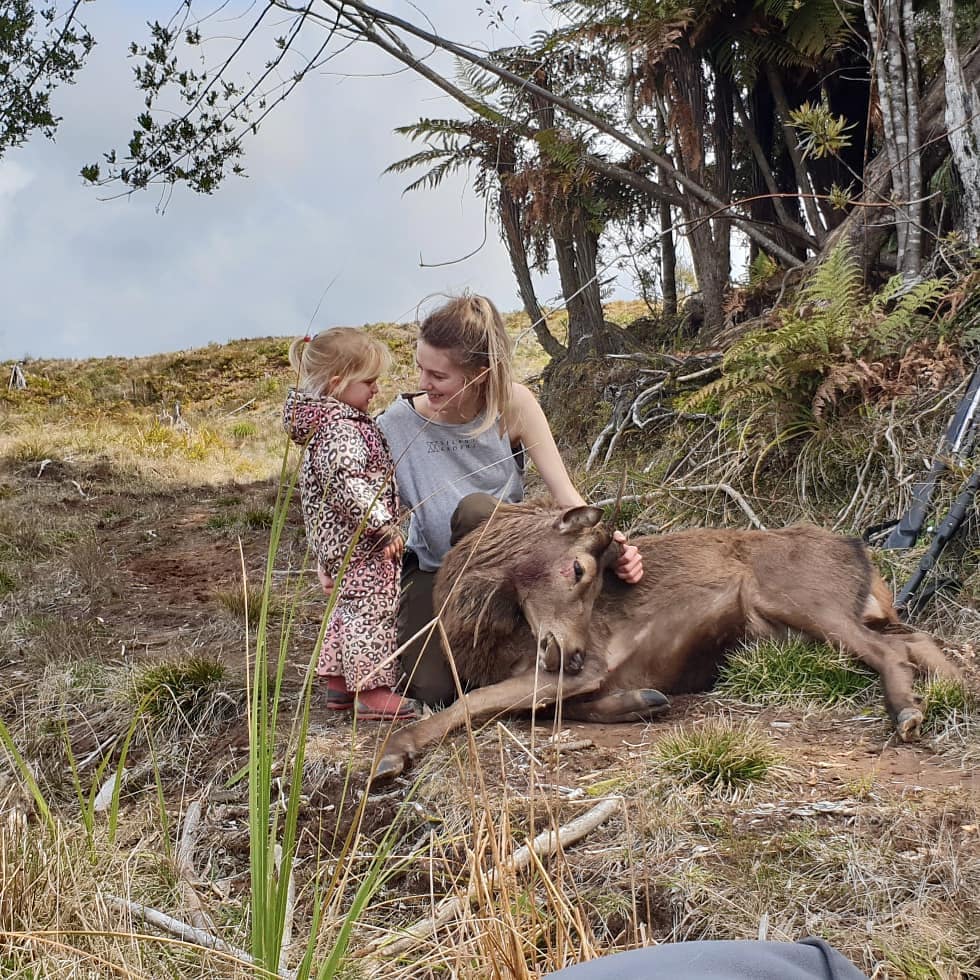 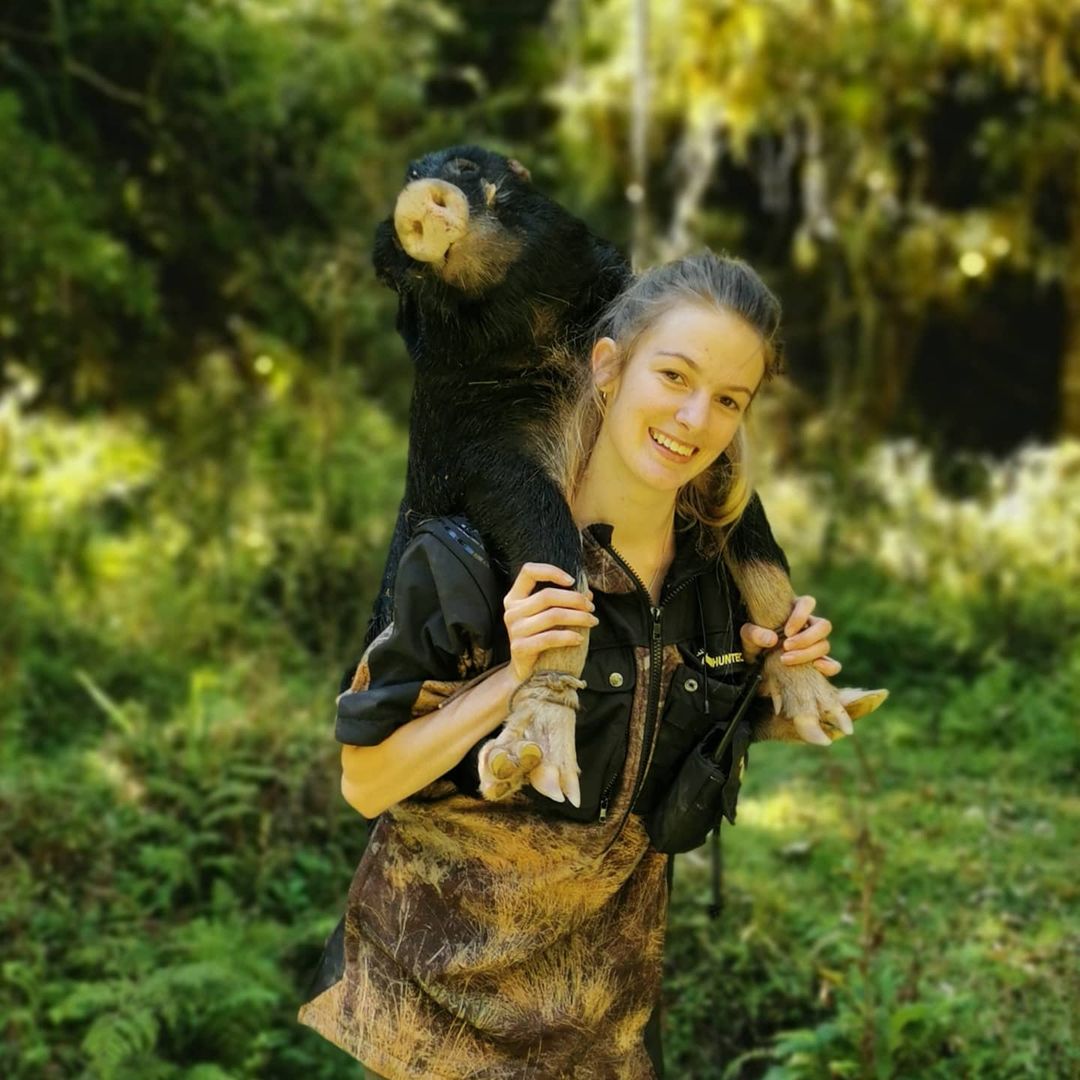 After weeks of non-stop asking, stepdad Brendan, 40, began taking Jesica along with him on his weekly hunts.

This soon became a routine and soon after, Jesica began hunting alongside her grandfather Ray Crake, 70, as well.

She explains: “I began hunting at the age of four. It all began with my stepdad going out shooting, so I begged to come along. I would get so upset if I fell asleep before he went out,” Jesica said.

“It soon became an every weekend thing because I loved it. It wasn't only putting meat on the table for us but for so many others around us.

“Most mornings begin early in the morning just as daybreaks. It's always cold, but the air is so fresh. We get up to a hot cuppa, let the dogs out, and load up into our Utes. Once we get to where we're hunting, we put tracking gear on the dogs and search for sign of the pigs.

“I love the feeling the bush gives me. Every time I head into the hills with my dogs, it resets my mental health, all my worries, stress and brain fog lifts.

“Hearing the birds and really just wandering through the bush in our country is so beautiful. We don't do it just to kill animals, we do it to feed families, exercise and also reset ourselves.”

Jesica is also careful to share her catches with others.

She says: “As each animal has a lot of meat and we hunt regularly, we always have plenty in our own freezer so the majority of our meat is given to families that can't afford meat or people who don't hunt as a lot of people love wild meat as it's organic and one-hundred per cent free-range with no chemicals or anything artificial.

“One problem I always face when hunting is due to being so petite. It makes it a lot harder to be able to handle bigger pigs safely as well as carry them.

“I fractured my spine and sprained my hip when I was about twelve from carrying a pig and falling. I wasn't meant to hunt again but there's no way I wanted to stop so I didn't.”

Now, Jesica is passing her passion along to her daughter Lyla, 4, who loves to accompany Jesica on shooting trips – taking on deer, magpies, possums, and rabbits.

The mum says: “I used to carry her around in a pack through the bush and around the hills. She's now four years old and although pig hunting isn't her favourite thing to do at the moment because the amount of walking required is a little too much for her little legs, she absolutely loves to go out shooting.

“I love that we get to teach and show her where her meat that we have for dinner really comes from.

“Knowing that when she grows, she’ll know how to respectfully use our wildlife as a food source to feed herself and others around her is a very proud feeling.”

Jesica began sharing her hunts to Instagram and whilst many supported her content and commended her for being a role model to the younger generations, others weren’t so convinced calling Jesica a ‘murderer’ or telling her to ‘bathe in your own mother’s blood.’

Some have even told Jesica she’s raising Lyla to be a ‘murderer’ or ‘assassin.’

Jesica says: “I started my Instagram to store pictures away from my personal Instagram as a lot of my friends weren't into hunting. Before no time, I started getting a heap of followers.

“People have said how much it inspires them to see my pictures out hunting, how awesome it is to see a female hunter so passionate, and how great of a role model I am not only to my daughter, but to the younger generations.

“I have also received numerous death threats telling me to kill myself in as many different ways as they can or telling me I'm a murderer and things like ‘you should bathe in your own mother's blood and see if that makes you sick.’

“I received hundreds and hundreds of hateful comments and messages about my daughter, telling me she's going to be a murderer or an assassin when she's older and that I’ve messed her up for life and this is not how to raise a child.

“It's bizarre the way people think they can judge and talk to others in this way just because of our lifestyle and because we choose to source our free-range meat organically instead of eating meat from an animal that's been caged its entire life and is pumped full of hormones and other chemicals to make it grow faster and abnormally.

“I found the best way to respond was by not responding at all. I was taught this way of life and couldn't be more thankful for it, no hateful comments are going to change that.

Jesica has started teaching other children how to hunt who might not ordinarily have access to such outdoor activities.

She hopes to educate others on the benefits of organic meat whilst teaching them how to respect nature.

“I take out a heap of kids that don't get the opportunity to hunt and plan on doing so as much as I can,” she adds.

“I believe it's all about teaching the next generation so there will always be the right knowledge passed down over the years.

“We all have our own ways of living – no two of us are the same. Some vegan, some vegetarian, some who get their meat from the supermarket, and then there's us who like to source our own meat organically.

“Just because we have our own beliefs, there's no reason to criticise others for the way they live their own lives.” 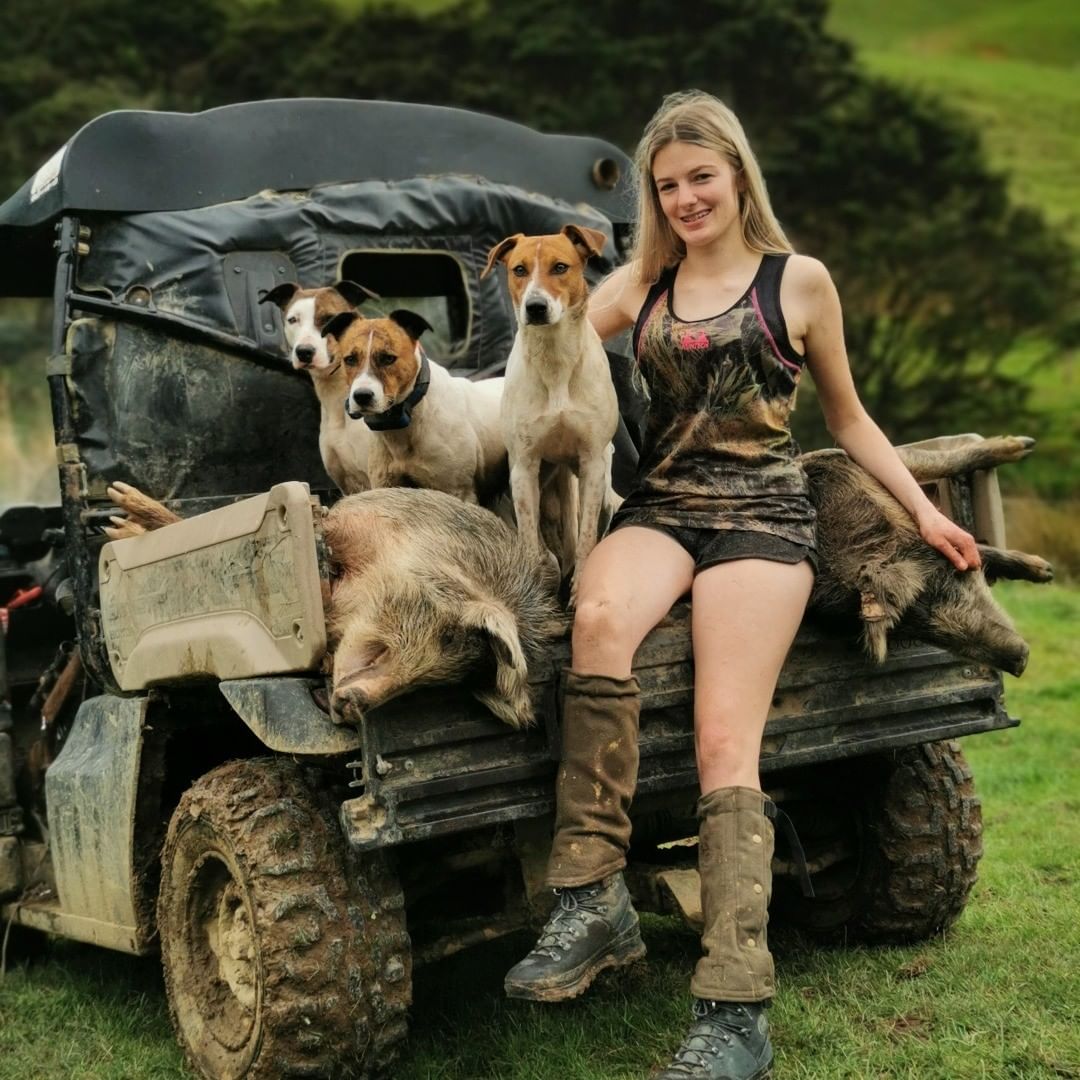 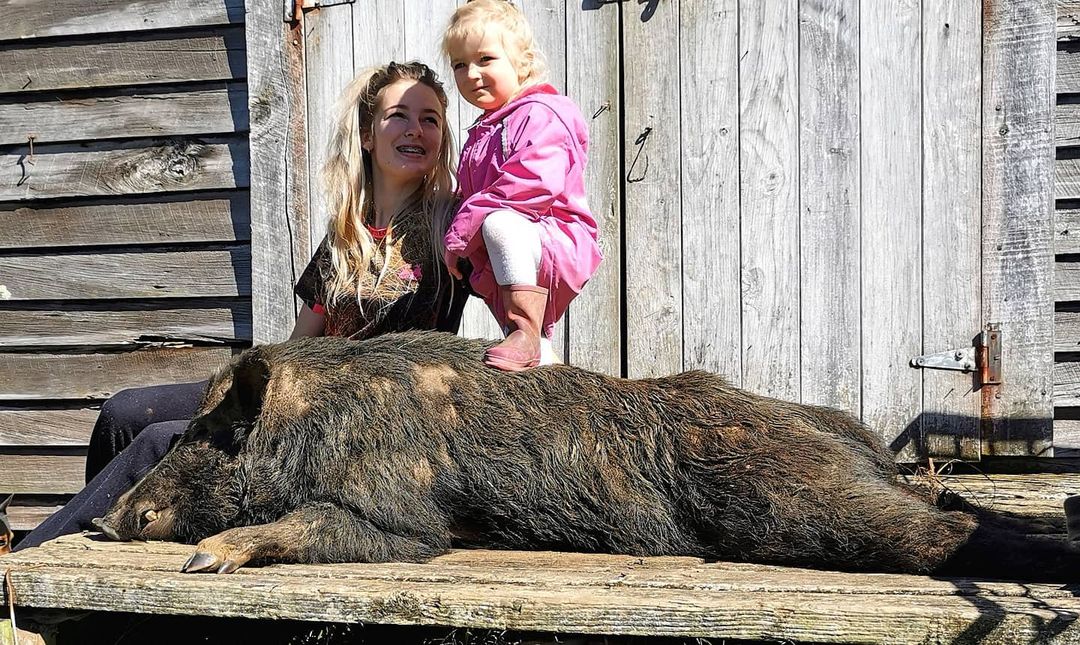