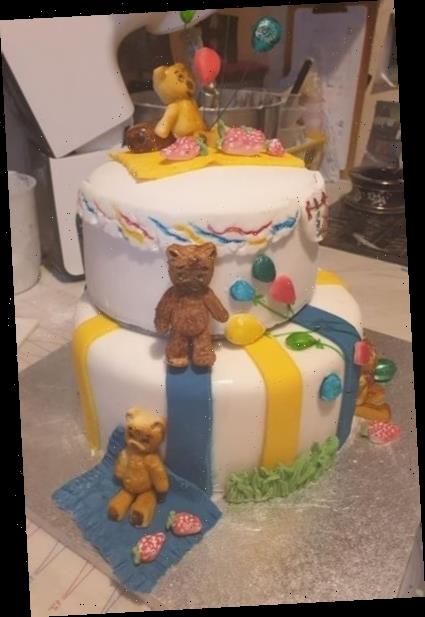 WHEN you pay £45 for a birthday cake, you expect it to be pretty impressive.

However, one mum was left shocked when her friend, who she had commissioned, not only created a "wonky" sponge but asked her to pay £70 instead for it.

In a post on Mumsnet titled 'What would you pay for this?', the anonymous woman explained how she had asked her pal to make the cake decorated in icing with teddies having a picnic and holding balloons.

They had originally agreed a price of £45, but the baker had increased the fee to £70 after underestimating how much it would cost to make.

To make matters worse, the cake hadn't been finished off as neatly as the poster would have liked.

She shared pictures of the finished result from a variety of angles – and the icing appeared to have been applied less than professionally.

The woman's query sparked debate on the site, with some claiming they'd refuse to pay anything, while others suggested £45 was reasonable.

One person wrote: "If you want honest answers then no, I wouldn't pay for that.

"The board is uncovered. The finishing is rough. It is very sweet but it's not of a professional standard to expect payment.

"The decoration needs to be tightened and neatened up."

Another commented: "She says £70 for ingredients and her time, but that's not really how it works.

"Amateur bakers cannot charge loads more than professionals because it takes them longer to make a cake.

"You don't pay per hour for someone to make a cake (or you just say it'll take you three hours, make it in two and bag the profit)."

The board is uncovered. The finishing is rough. It is very sweet but it's not of a professional standard to expect payment.

A third shared: "Nothing. It's a fab home made effort and I'd be really impressed if I saw it at a kid's party and knew a parent had made it but it's not professional enough to pay for I don't think."

And fourth added: "I think if you agreed £45 then that is all she can expect. I do think some people are underestimating both the cost of ingredients and the amount of time this will have taken her."

In other food news, we told you how a mum became a millionaire by keeping her grocery bill down to £25 a week.

And a cash-savvy woman reveals she cooks for 74p per portion to save extra cash for luxury holidays.