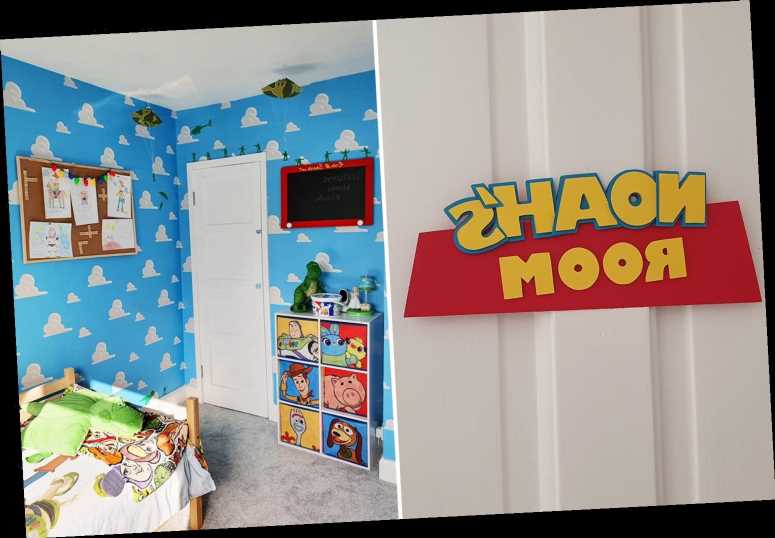 A Disney-obsessed mum has shared the result of her son's bedroom renovation after completely transforming the 18-month-old's room into a Toy Story themed haven – and other mums love the idea so much they want to do the same for their kids.

The crafty mum and her husband spent weeks on the new room which features a wall-mounted Etch-A-Sketch, hand-made letter blocks, Andy's room wallpaper, and every toy ever featured in the iconic Disney classic. 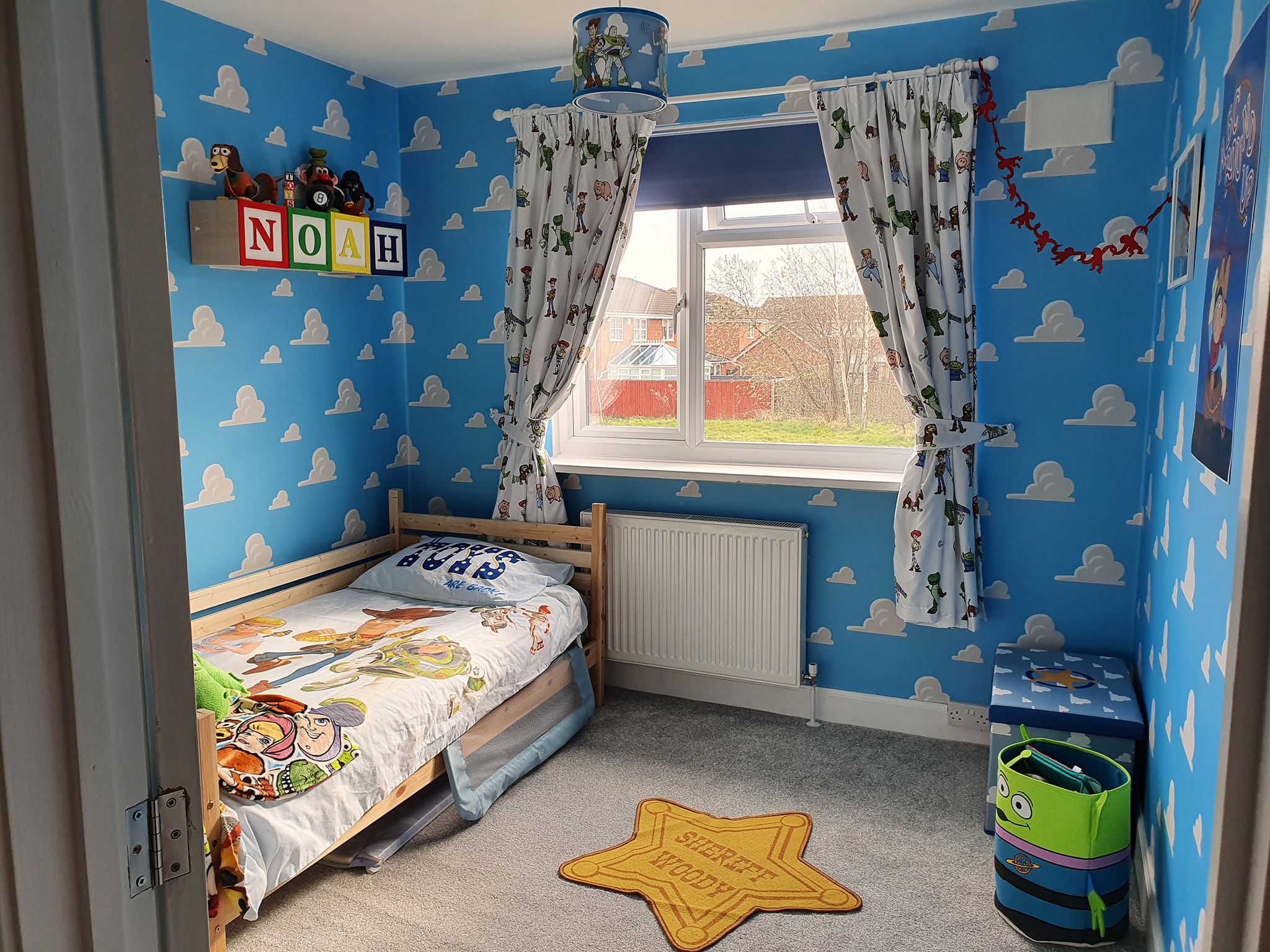 Taking to Facebook, the chuffed mum-of two shared a selection of photos in the DIY On A Budget Official group which proved popular with the other group members racking up over 10,000 likes and comments.

Pleased with her efforts, the crafty mum claimed that neither her or her husband had prior decorating or renovation experience, but admitted to making and designing many of the room features themselves.

The letter blocks used to spell out her son's name "NOAH" on the wall proved to be a popular addition with many asking where they could be purchased.

But the Disney-obsessed mum revealed the blocks were hand-made using plywood from B&Q and MDF letters from eBay before painting them in in bold colours. 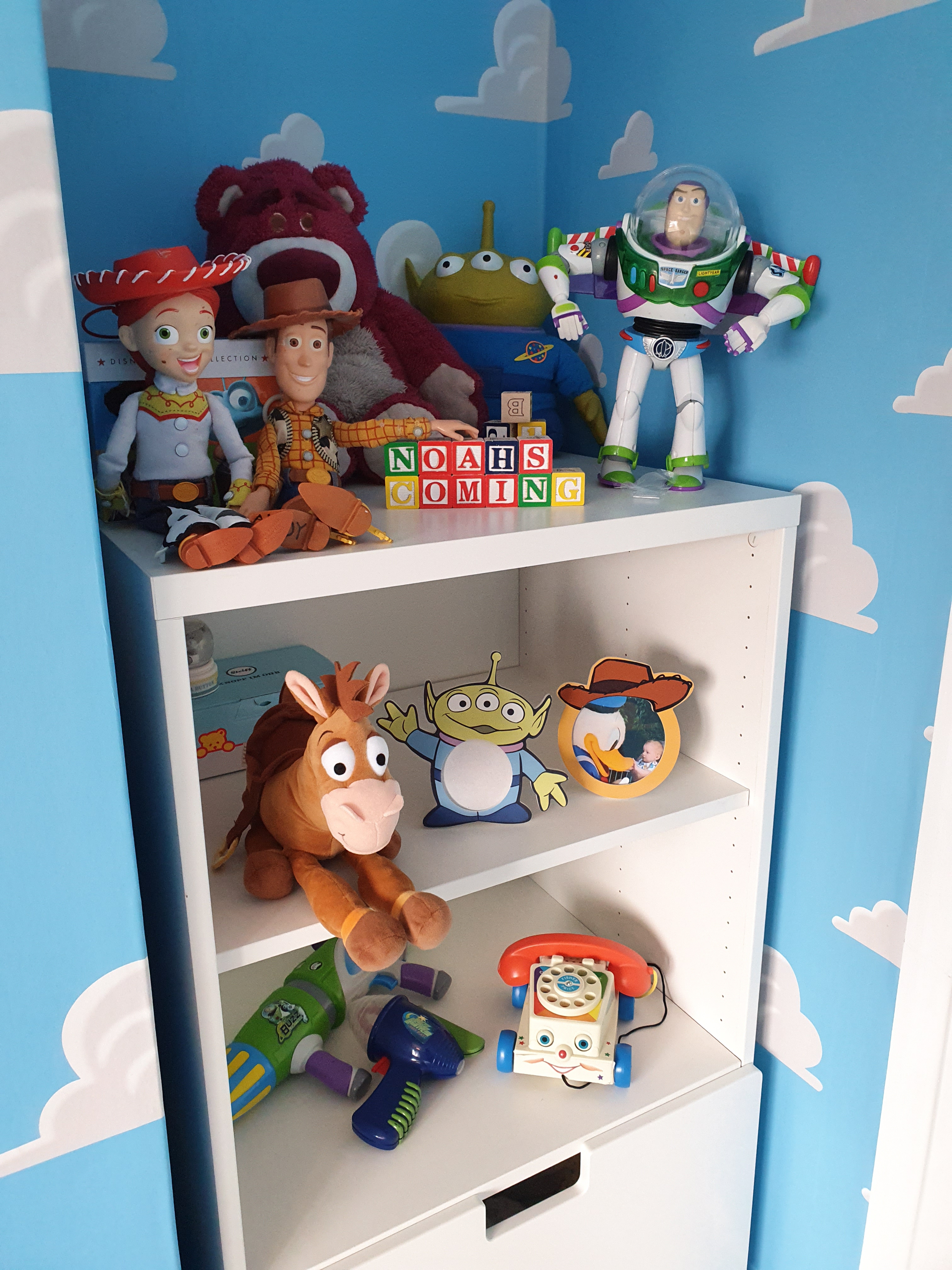 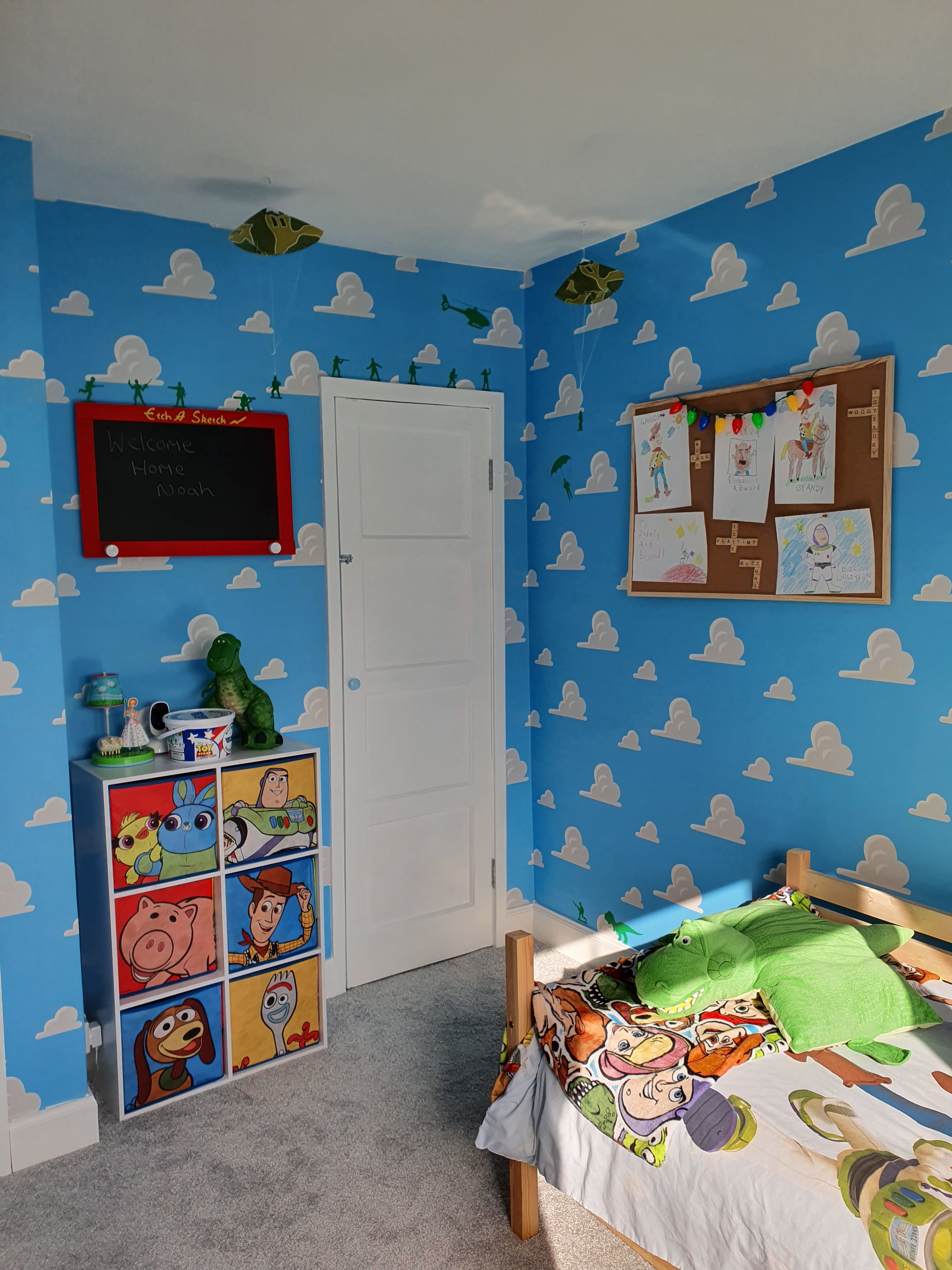 In response to one inquiry, the mum jokingly said: "We made them, plywood, mdf letters, paint, cuts, bruises and patience," with may claiming their own kids would love the crafty idea.

Speaking of the hand drawn artworks pinned to a wall-mounted cork-board, the mum revealed that her eldest son thought of the sweet gesture after seeing them circulating online.

But rather than printing them out, the eldest of the two boys insisted on drawing them for his little brother.

The mum revealed: " My eldest drew them, he copied the original from the movie in Andy's room, we could [have] printed them out but I thought it would be a nice touch and gets him involved," and others seemed to agree. 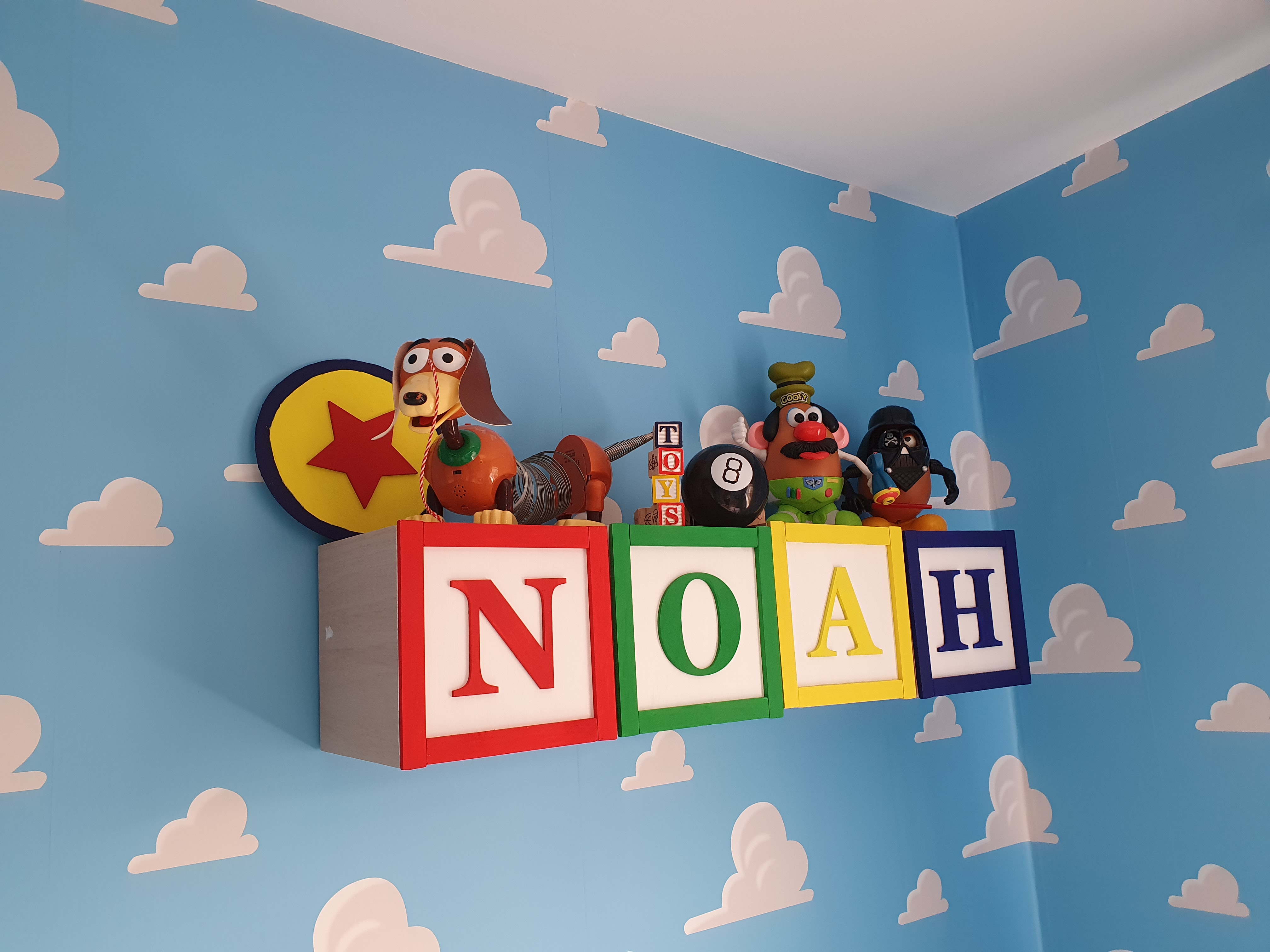 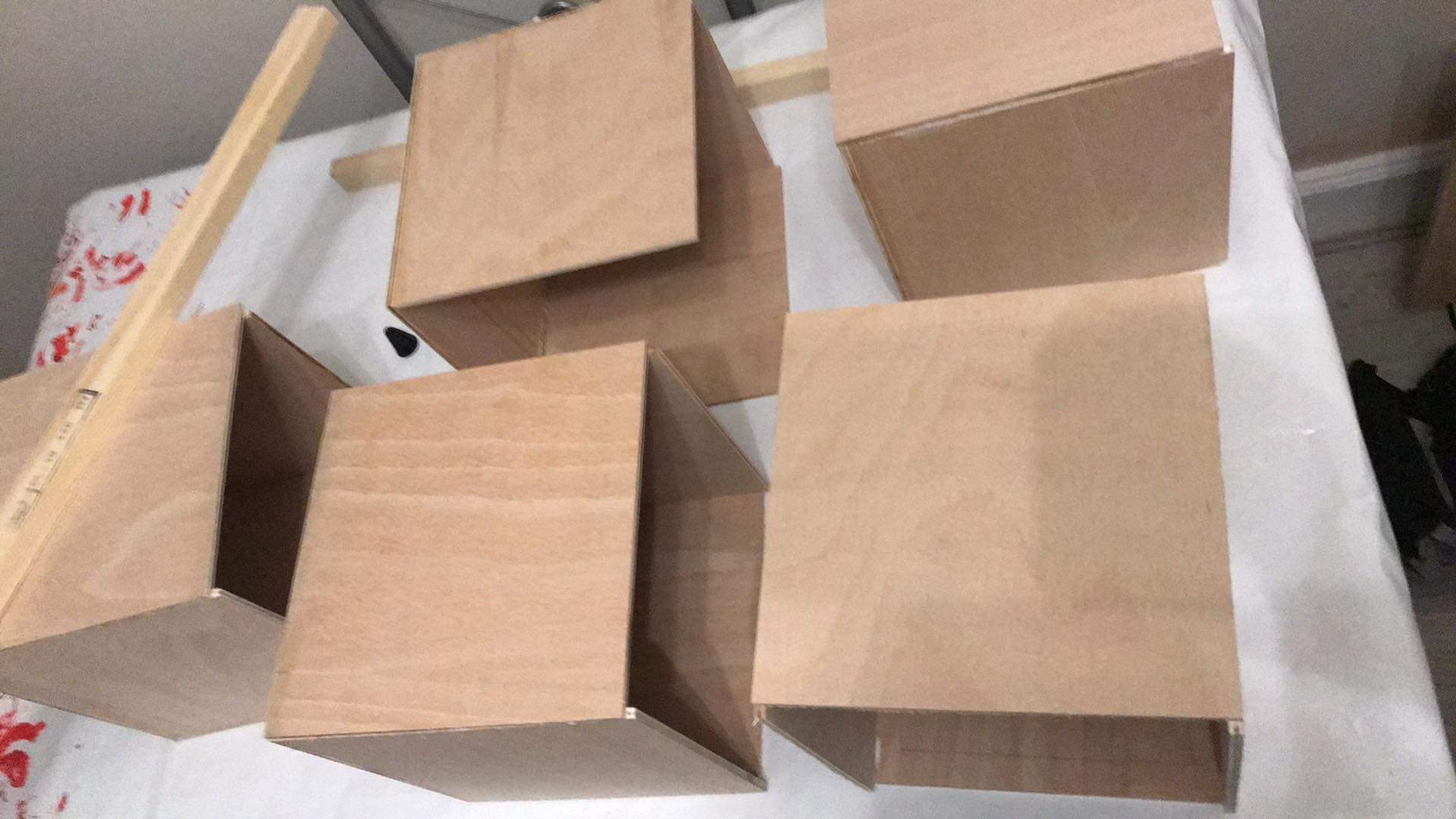 After being inundated with requests and queries about details of the room, the mum later shared where she'd purchased many of the items – which included stores Argos, Dunelm, eBay, and Etsy.

Before continuing: "Scrabble letters on the wall are plywood with vinyl scrabble prints from eBay and bed sheets and rug, Next."

She also revealed  the" Round Up" poster was downloaded from Etsy and taken to her local print shop to turn the image into a poster. 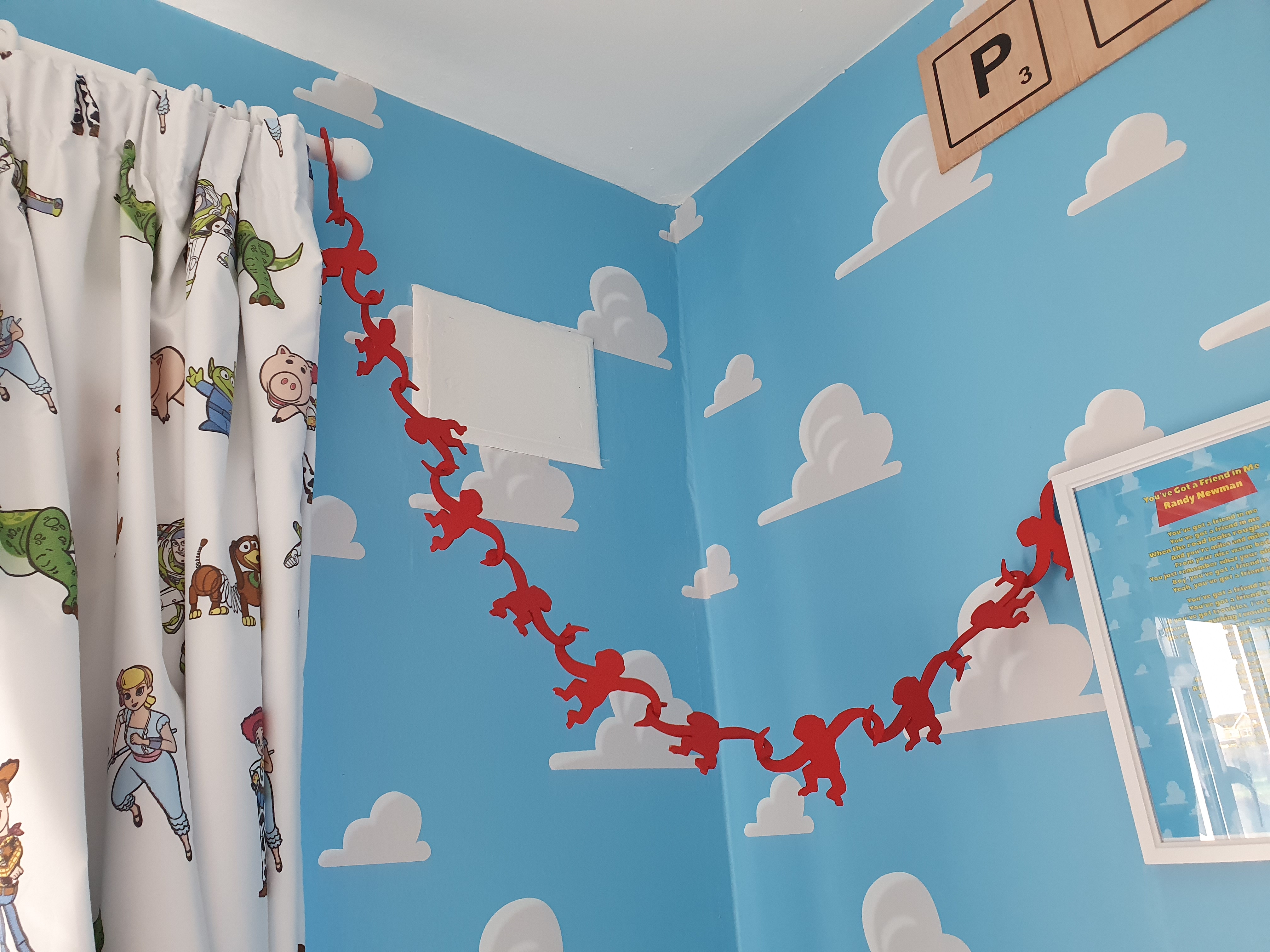 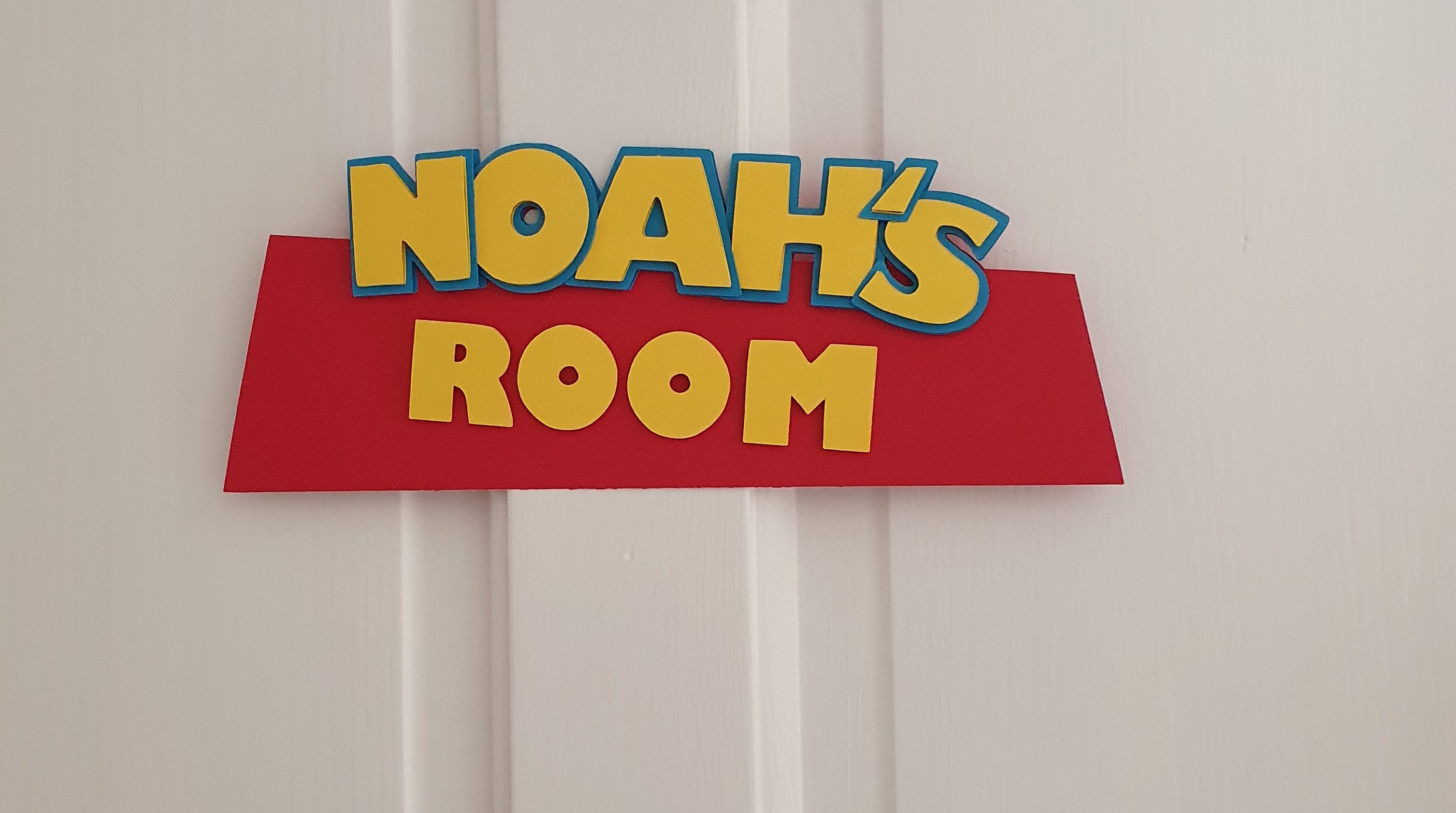 And after a failed attempt of making her own, the woman admitted to ordering the personalised door sign from Etsy.

In regards to all the original Toy story figurines, the mum said they previously belonged to her eldest boy, but had them packed away for her youngest when he was old enough to enjoy them.

Many group members were quick to praise the mum's handy work, with many using words such as "wow", "amazing" and "awesome" to describe the the transformed bedroom.

One person wrote: "This is absolutely amazing! My favourite post ever!! "

While another wrote: "I’m going to be doing a toy story room for my son one the house is built! Some great inspo. Thank you!"

And a third said: "Omg best toy story room ever"

In more home renovation stories, we shared how this thrifty mum was gets quoted £200 for rainbow wallpaper for her daughter’s room but sorts it herself for a tenner.

And one mum shares homemade ‘Kinder Egg’ hack using toys her kids already own – and is labelled a ‘queen’ for the crafty move.

Meanwhile, a children’s book explaining how babies are made goes viral for its bizarre explanation of sexual positions