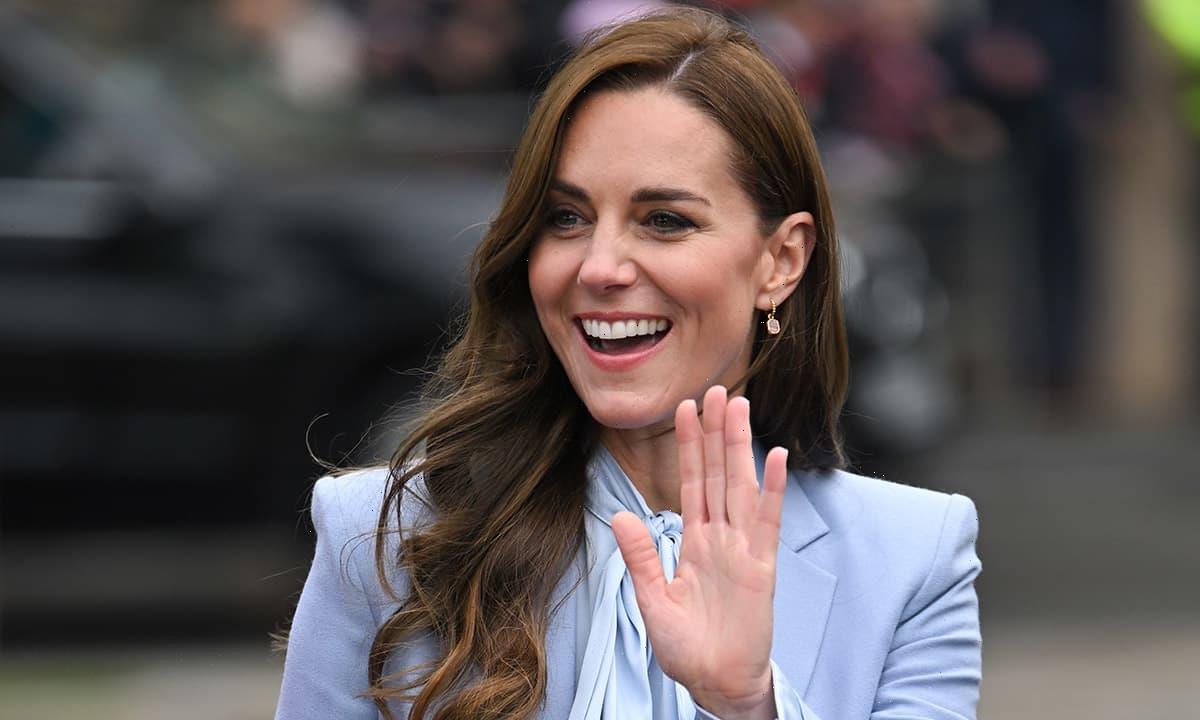 The Princess of Wales was caught on camera interacting with a young royal fan, and she went out of her way to make the little one feel included, leaving onlookers praising her.

The video clip was shared by royal fan account, @hrhcatherineprincessofwalesuk, showing Princess Kate bending down to speak to a little girl during an official engagement.

WATCH: Princess Kate gets the giggles thanks to Prince William

“Notice how she immediately drops down to the child’s level and looks them straight in the eye…,” penned one, and: “She dropped so fast and gave that little one her undivided attention. Bless her,” agreed another.

A post shared by HRH The Princess of Wales FAN🤍 (@hrhcatherineprincessofwalesuk)

Princess Kate gets on with children so well

Princess Diana was very well known for her amazing rapport with children, and it seems the new Princess of Wales has the magic touch too.

In the sweet clip, the youngster appeared to show the royal a bottle of shampoo, which the Princess then sniffed and encouraged the child to do so too.

As well as taking the time to greet children, the Princess is often taken aback by babies during her royal engagements, stopping for a little cuddle when she can.

During a visit to the maternity unit at Royal Surrey County Hospital, Prince William’s wife held a tiny newborn baby.

The royal spoke to mother Sylvia Novak, who welcomed her daughter Bianca six weeks prematurely, and the Hungarian mum asked if the Princess would like to hold her child.

The Princess gets very broody when meeting new babies

Kate promptly replied: “Am I allowed to?” and then a member of staff helped the mum pass the baby to the Princess.

“She’s very sweet,” remarked Kate as she gazed at the bundle of joy. So cute!

The Princess has made no secret of the fact that she is very broody and has even said that William makes comment when she works with young children, hinting that she’ll want another one soon.