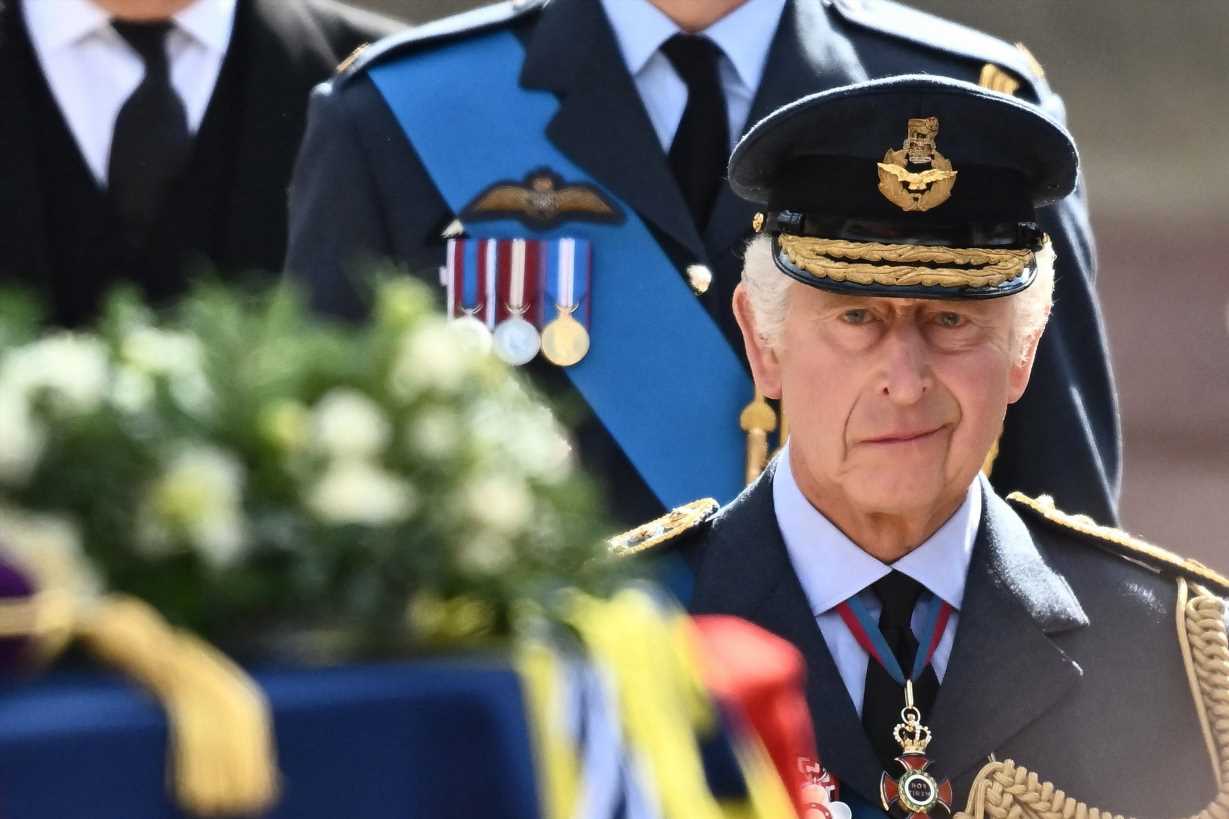 ROYAL fans were united in their grief as they turned out in their thousands to witness the sombre procession of the Queen’s coffin this afternoon.

However, while the majority of mourners were focused on saying their final farewell to Her Majesty, some were accused of a ‘disrespectful’ gesture. 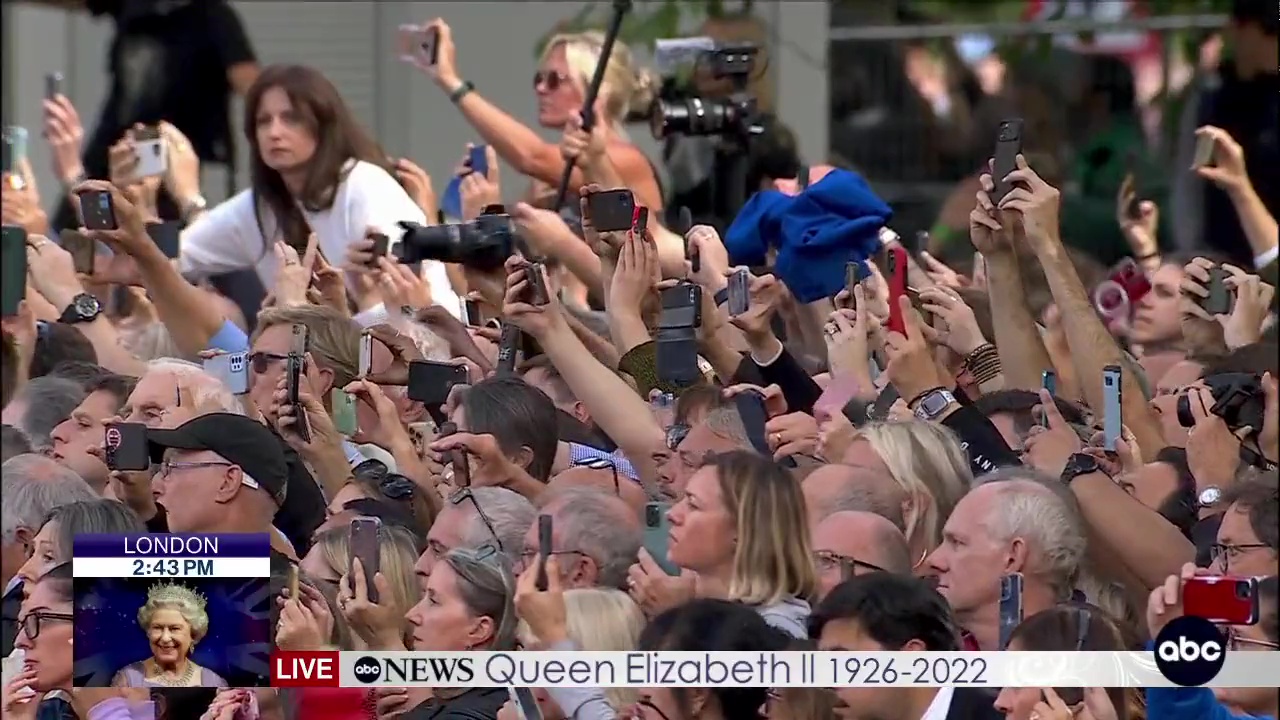 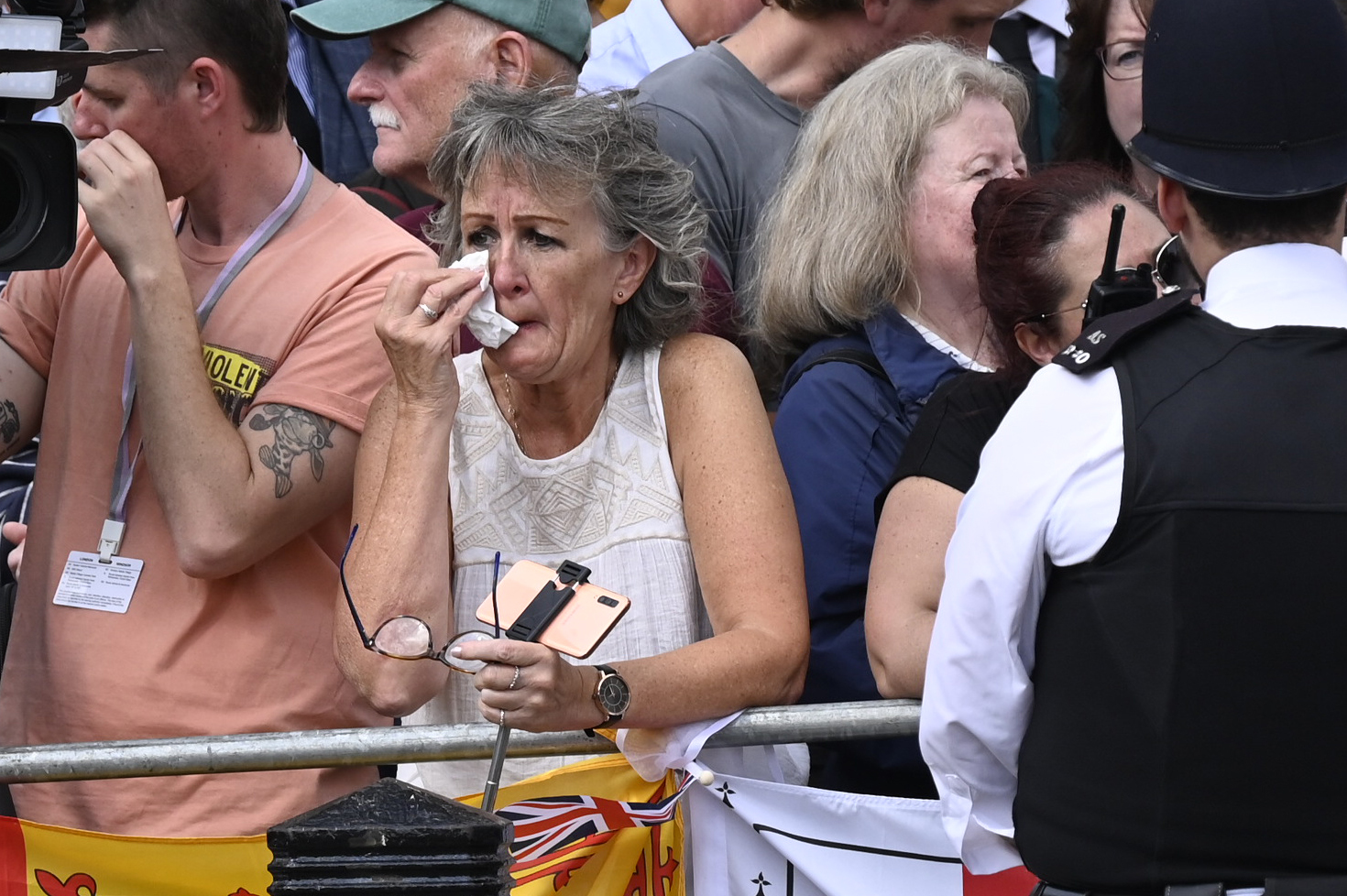 Spectators lined the streets of the Mall as King Charles and his family made the journey from Buckingham Palace to Westminster Hall where the Queen will lie in state.

And among the tearful faces that filled the crowds today were hundreds of camera phones used to film the procession, a gesture that many felt was poor taste.

Taking to Twitter one disapproving fan wrote: “Currently watching the procession of Her Majesty the Queen as they move her to Westminster Hall, and am honestly disgusted by all the people with their phones and cameras pointed, not a single person watching or living it.

“Shame. My thoughts go out to the King, must be a hard day.”

on The Death of The Queen 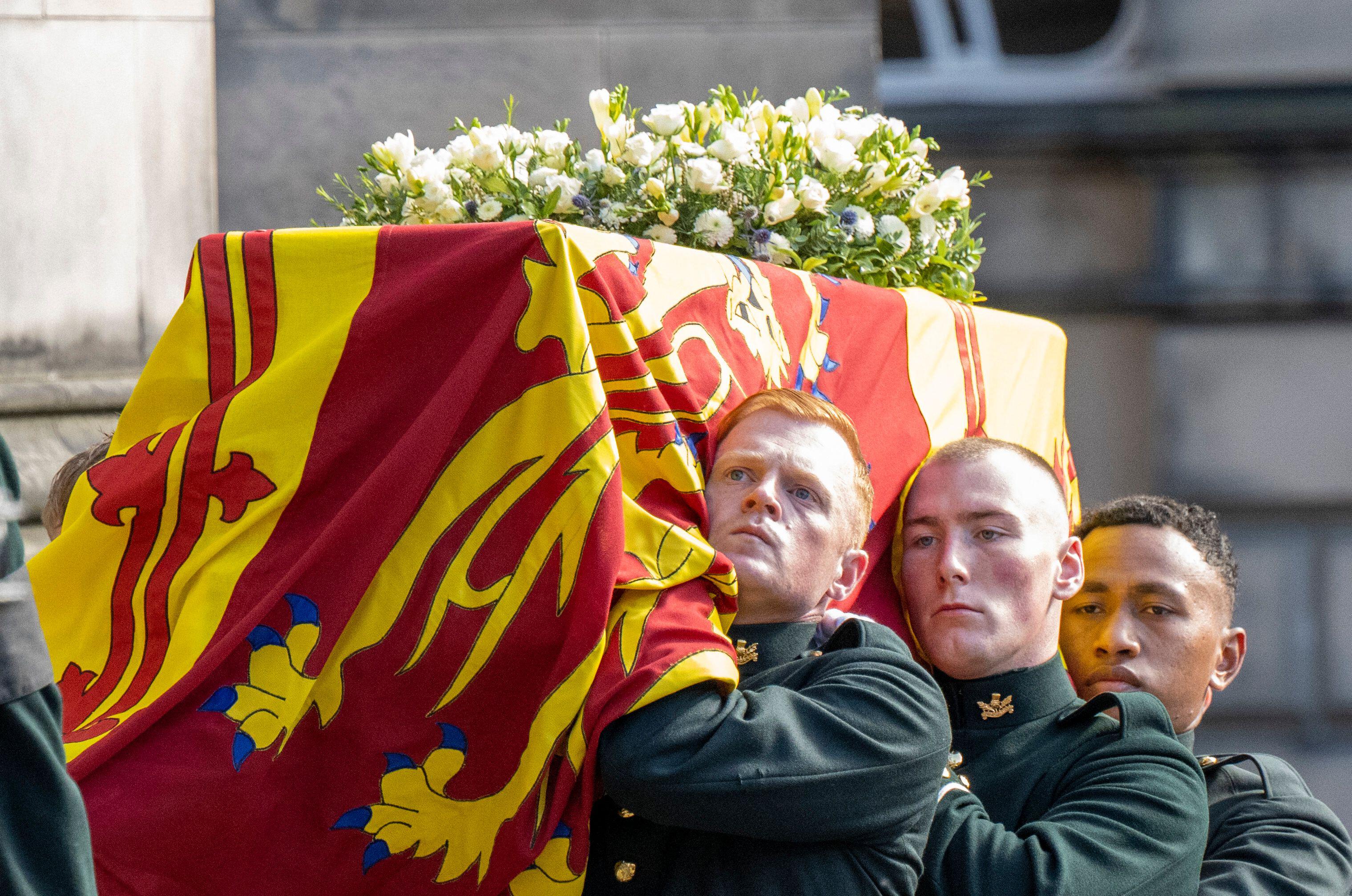 Agreeing, another added: “So sad to see so many people in the crowds lining the procession route videoing and taking photos rather than doing what I thought they where there for, to pay respects to our great Queen.”

“If you're attending the Queen's Procession, mourn respectively. Put your phone away,” complained a third.

Another pointed out that this would not be appropriate behaviour at any other mourning process.

“I find it so weird people are taking photos and video of the procession of the queen's coffin. you wouldn't whip your phone out at any other funeral would you? I just find it weird,” they wrote.

A hush has fallen among the tens of thousands of mourners who have gathered in the capital to pay their respects to Her Majesty.

The silence is punctuated only by a single gun round sounding each minute along with a Big Ben toll to honour the Queen.

Even flights from Heathrow have been grounded to allow for ultimate quiet on the 38-minute journey.

The Band of the Scots Guards and the Band of the Grenadier Guards are also playing funeral marches throughout the procession on muffled drums.

King Charles is joined by Her Majesty's other children, Princess Anne, Prince Andrew and Prince Edward in a poignant display of respect.

His sons Prince William and Prince Harry are standing side-by-side as they support each other on the heartbreaking procession.

THE nation is in mourning after beloved Queen Elizabeth dies aged 96 – here is all you need to know about Her Majesty’s glorious life and what’s next.

The Queen's grandson Peter Phillips, who previously stood between the brothers at Prince Philip's funeral, is instead standing on Harry's left to allow them to walk together.

Harry is wearing a morning suit rather than a military uniform like his family as he is no longer a working royal.

Anne's husband Vice Admiral Sir Tim Laurence has also joined the procession, as well as the Duke of Gloucester and the Earl of Snowdon.

The Queen Consort, Kate Middleton, Sophie Wessex and Meghan Markle are all following by car.

Her Majesty's coffin is draped with the Royal Standard with the Imperial State Crown placed on a velvet cushion.

A floral wreath includes white roses, dahlias and a foliage from the gardens at Balmoral and Windsor.

The Queen is being carried on a gun carriage of The King’s Troop Royal Horse Artillery and is flanked by 1st Battalion Grenadier Guards.

Once at Westminster, a 20 minute service will take place led by the Archbishop of Canterbury.

The doors of Westminster Hall will then open at 5pm allowing mourners to pass the Queen's coffin as she lies in state.