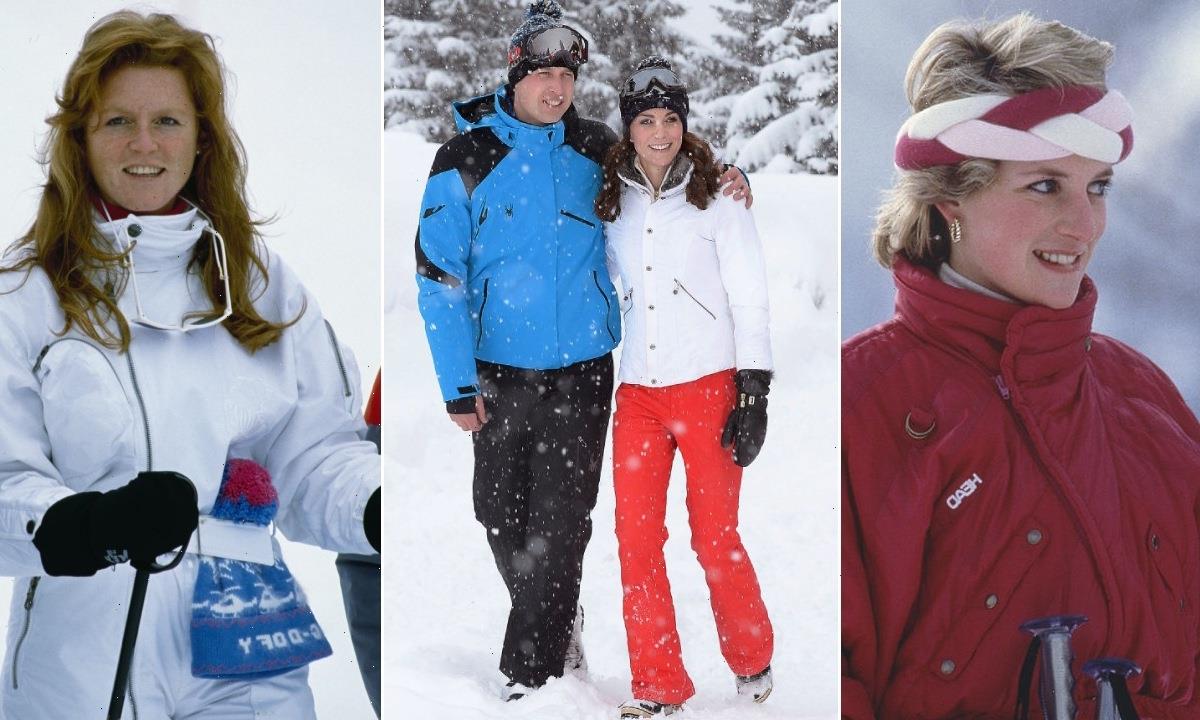 If there’s anyone that truly gets the meaning of ‘alpine chic’, it’s the royals. Every year, the world’s most famous families pack their finest salopettes and head to the likes of Klosters, Lech and Verbier to hit the slopes in style on their skiing holidays.

Traditionally a hobby for the elite, skiing is a firm favourite with the likes of Prince William and Duchess Kate, while Sarah, Duchess of York and her daughters Princess Eugenie and Princess Beatrice are also big fans. Meanwhile, many European royals including King Felipe VI and Queen Letizia of Spain love the sport – just check them out on the slopes!

Prince Charles, Princess Diana, The Duchess and Duke Of York

Way back in 1987, Prince Charles, Princess Diana, The Duke and Duchess Of York all holidayed together in the ultra exclusive resort of Klosters. Prince William and Harry, only being five and three respectively, were probably being kept away from the snow indoors and Princess Beatrice and Eugenie were yet to be born.

A charming photograph of Prince Charles and his sons Prince William and Prince Harry during the Royal Family’s ski break in, yes you guessed it, Klosters in 2005.

Looking gloriously ’90s, Prince Charles and his eldest son stopped for photographers during their trip to Klosters in 1994.

The Duke and Duchess of Cambridge

The first documented skiing holiday of Prince William and then-girlfriend Kate Middleton saw them using a T-bar drag lift whilst in Klosters in 2008. Three years later, the pair would tie the knot.

RELATED: This is what happened when I drank Kate Middleton’s green ‘pond water’ smoothie for a month

The Duchess of York, Princess Beatrice and Princess Eugenie

The Duchess of York strikes a pose with her girls, Princesses Beatrice and Eugenie, on their skiing holiday to Verbier. We’re loving the sunnies.

The Yorks were also seen skiing in Verbier back in 2007 – here’s Princess Beatrice and her mother Sarah looking super happy as they head to the slopes!

We love this shot of Princess Eugenie rocking a neon look during another visit to Verbier in 2011.

Princess Diana‘s ski attire was always on-point as proven during her trip to Lech in 1994. We would totally wear that red puffer now.

Diana loved to have fun with her skiing wardrobe! Her braided hairband wouldn't look out of place on our favourite royals today, either.

Isn’t this picture of Prince William helping his baby cousin, Princess Beatrice, with the collar of her ski suit just the sweetest? The four cousins were snapped during an official photocall during a family holiday to Klosters in 1995.

The Duke and Duchess of Cambridge, Prince George and Prince Charlotte

This has to be our favourite royal skiing moment ever! The family cuddled up for this adorable photo on the slopes.

Promoting the clearly excellent skiing conditions in Spain, Queen Letizia of Spain, Princess Leonor, Princess Sofia and King Felipe VI were snapped enjoying a short skiing break in Jaca in 2017. The conditions would give France and Switzerland a run for their money…

King Willem-Alexander and Queen Maxima of the Netherlands

The Dutch Queen opted to wear head-to-toe purple for her holiday in Lech, Austria, in 2018.