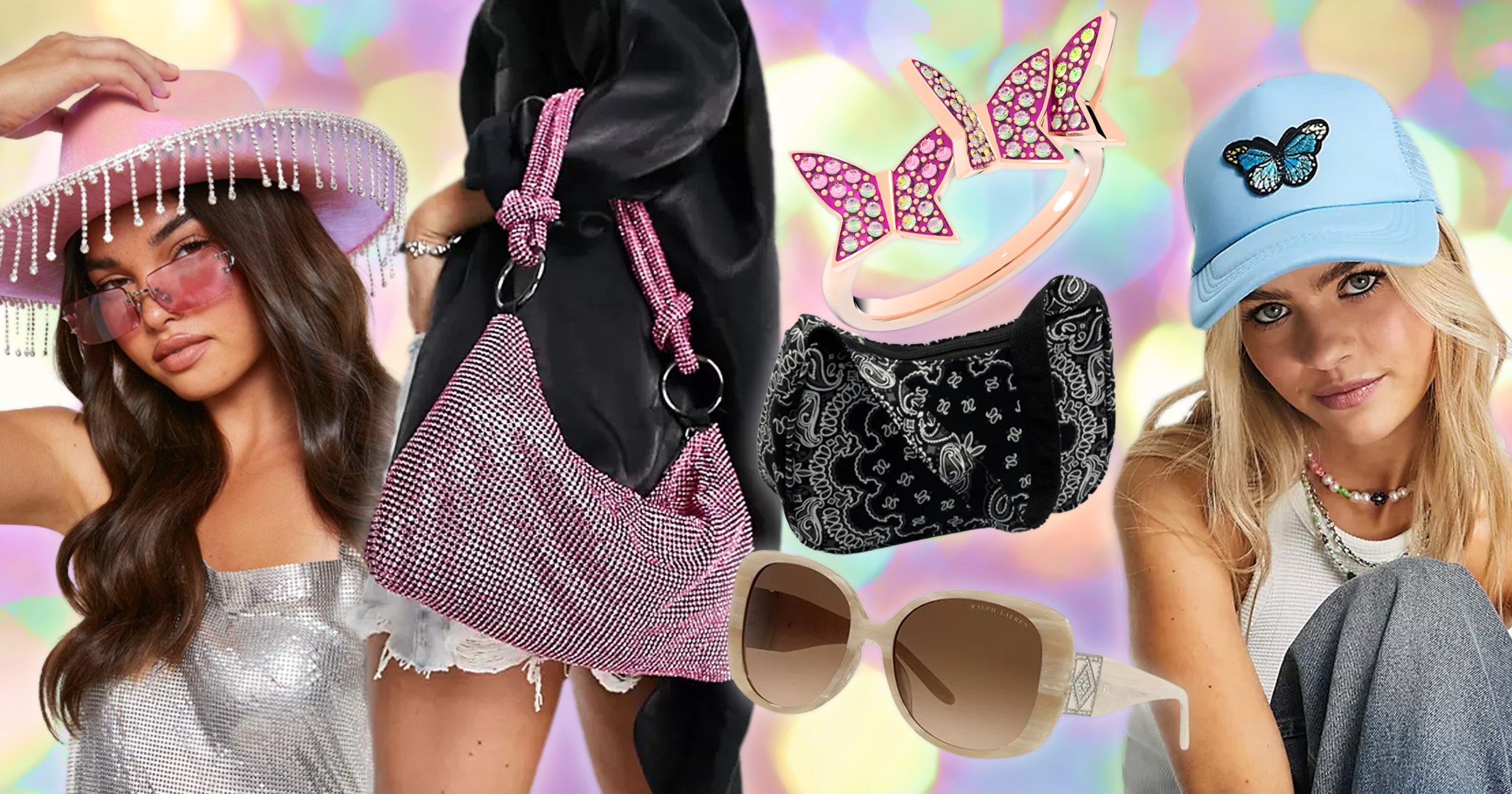 The theme of this year’s Met Gala was Gilded America, with guests asked to wear outfits representing the country’s Gilded Age of excess in the late 1800s.

But that’s not the only era to be defined by its overindulgence and extravagance.

‘McBling’ was first coined by Evan Collins of the Y2K Aesthetic Institute, defining a specific offshoot of the time’s style.

In a Twitter thread, Evan explained: ‘This term is sometimes used interchangeably with Y2K, though in terms of stylistic qualities they’re almost diametrically opposed.

‘McBling emerged in reaction against the prevailing design atmosphere of the 90s, which was typically restrained and minimalist.’

Towards the end of the century, this bend towards a pared-back look shifted, with the fashion landscape becoming more experimental and bold.