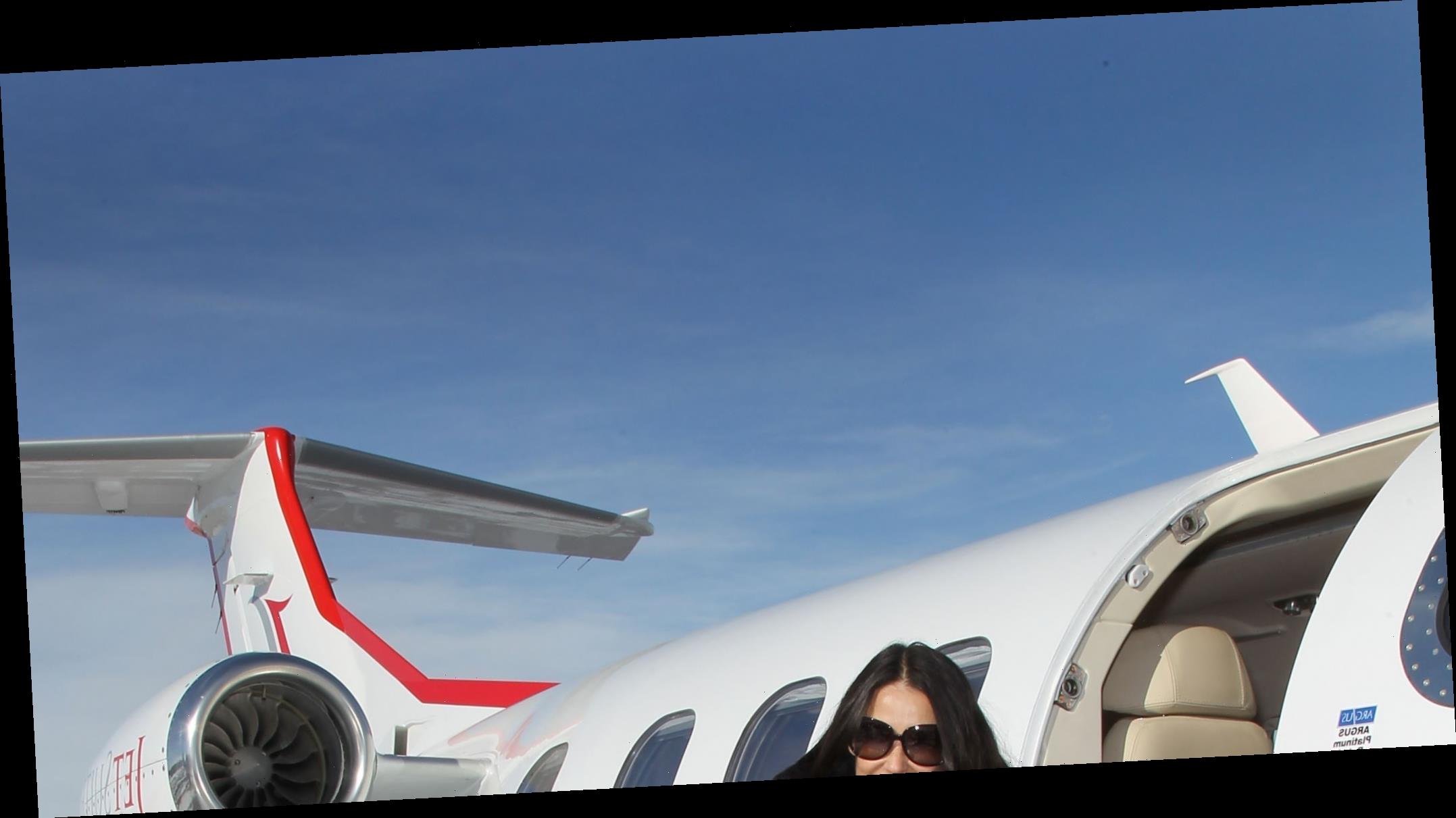 In need of some winter fashion inspiration? Look no further than the Sundance Film Festival, which has consistently served up great snowbird style year after year. Wonderwall.com is taking a look back at some of our favorite winter looks from the stars at this famous film fest, starting with Demi Moore. The actress looked impeccably chic stepping off a private plane in 2011 in his layered-up all-black look. From the fur-trimmed boots to the oversized scarf to that killer coat, we loved her Sundance-ready look! Keep reading for more winter star Sundance style…

Sundance is the perfect place for a sweater dress! Diana Agron took that note to heart in 2017, opting for this sweet navy blue Prada number that she paired with black tights and heels at the “Novitiate” premiere.

RELATED: Fashion hits and misses for celebs born in January

Does it get much chicer than a Chanel tuxedo? Keira Knightley proved at the 2018 film fest that it probably doesn’t. The actress arrived in this ensemble from the fashion house — which included a bow tie — and rocked her hair slicked back and a bold red lip for a killer look at the Sundance premiere of “Colette.”

Dakota Fanning donned this darling Adam Selman minidress to the Sundance premiere of her series “The Alienist” in 2018. We loved the turtleneck styled under the black-and-blue checkered minidress, which also included the illusion of a belt tied around her waist. She styled it smartly with tights and over-the-knee boots.

Mindy Kaling kept things cute in a checkered tan-and-black ensemble at the “Late Night” premiere at Sundance in 2019. The star sported a matching combo of a high-necked dress and coat, completing her look with simple, classic pointy-toe pumps.

We bet Kerry Washington stayed nice and warm in this long white puffy coat! The actress stepped out during the 2020 Sundance Film Festival wearing this cozy, cozy coat and rocked a white turtleneck, jeans and white boots underneath.

When Taylor Swift attended Sundance in 2019 for the premiere of her documentary “Miss Americana,” she rocked this killer matching jumpsuit and coat combo by Carmen March and completed the look with matching plaid heels. The rich pattern was perfect for the cool climate.

Sundance is the perfect place to experiment with tights, and Emma Roberts exemplified that at the 2019 Sundance Film Festival. She attended the “Paradise Hills” premiere in Prada — a blue coat and baby blue minidress with green embellishments — and added gray tights and boots to complete the sharp fashion statement.

Cute and casual! Lily Collins attended the premiere of “To The Bone” at Sundance back in 2017 in a striped black-and-white turtleneck sweater, skinny jeans and cute gray lace-up boots that looked perfect for snowy weather.

Gabrielle Union embraced winter whites in 2016, attending the Sundance premiere of “The Birth of a Nation” in this cool-hued look. The pale gray turtleneck  matched perfectly with her suede jacket, and she kept things crisp and white on the bottom in funky trousers with the illusion of a skirt layer resting on top.

Eiza Gonzalez also looked great in a snowy white look at Sundance. She donned this sweet lace Jonathan Simkhai frock, which featured tiers of frilly lace and paired perfectly with those burgundy boots, at the film festival’s premiere of “Paradise Hills” in 2019.

The black fur stole, the tights, the ruffled miniskirt… We loved Chloe Sevigny’s 2003 Sundance Film Festival look. The star was on hand to attend the premiere of “Party Monster.”

Sienna Miller wowed in Etro in 2020, wearing this sweet pale blue knotted frock underneath a pale pink cardigan and completing her look with brown boots.

In 2019, Lupita Nyong’o arrived at the “Little Monsters” Sundance premiere in style. The star donned this slinky Alex Perry velvet number with tights underneath and pointy-toe heels to complete the look.

Back at the film fest in 2009, Paris Hilton covered up in plenty of leather — from a miniskirt to a jacket to boots — and then topped off her Sundance look with a black beanie featuring a kitten’s face.

Laura Dern embraced the colder weather by rocking a black dress underneath a tan oversized coat and finishing off her Sundance-ready getup with Burberry boots. She wore this look to the premiere of “The Discovery” in 2017.

Julianne Moore sported a black Alexander McQueen suit to the Sundance premiere of “After the Wedding” in 2019. We loved the puff sleeve detail of her jacket and the way she finished her look with those silver-toed boots.

Elle Fanning also embraced a chic pantsuit in 2017. The stylish star arrived at the Sundance premiere of “Sidney Hall” in this black Lanvin suit with a white blouse underneath and a waterfall tie around her neck. She finished things off with a slicked-back updo and pointy-toe satin pumps.

Kate Beckinsale looked stunning back at the film festival in 2016 at the “Love and Friendship” premiere. The star sported a spaghetti-strapped asymmetrical white blouse with high-waisted, wide-legged black trousers for a sharp look.

Jemima Kirke kept things cool in 2017 at the Sundance premiere of “The Little Hours.” The actress arrived in a floral frock topped with a dramatic black fur coat and then finished her look with chunky black boots.

We adored Riley Keough’s velvet Louis Vuitton minidress at Sundance in 2019. The star sported the long-sleeved frock — which featured a multicolored striped detail on the pleated skirt — with tights and boots for the premiere of “The Lodge.”

Obsessed! Chloe Sevigny took the opportunity to rock a long-sleeved dress back in 2017. At the “Golden Exits” Sundance premiere, the stylish actress arrived wearing a printed long-sleeved, knee-length number in a bold shimmering orange-and-black print. She paired the fun frock with tights, boots and a chic black bag.

Natasha Lyonne kept things cool with a white blouse featuring an undone tie, black skinny jeans and white boots all topped off with a rugged leather jacket resting on her shoulders. The actress rocked the look at the Sundance premiere of “Yoga Hosers” in 2016. 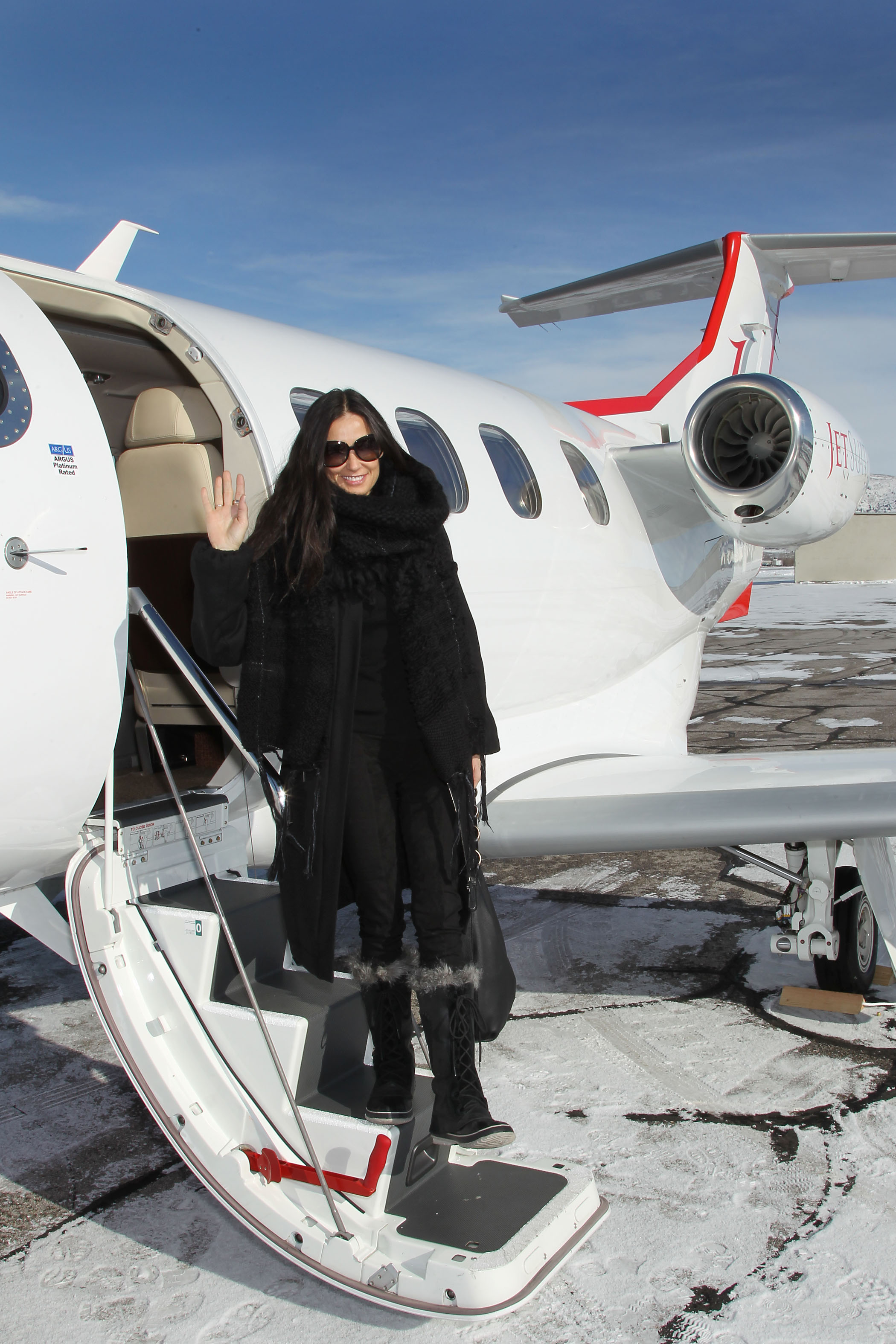 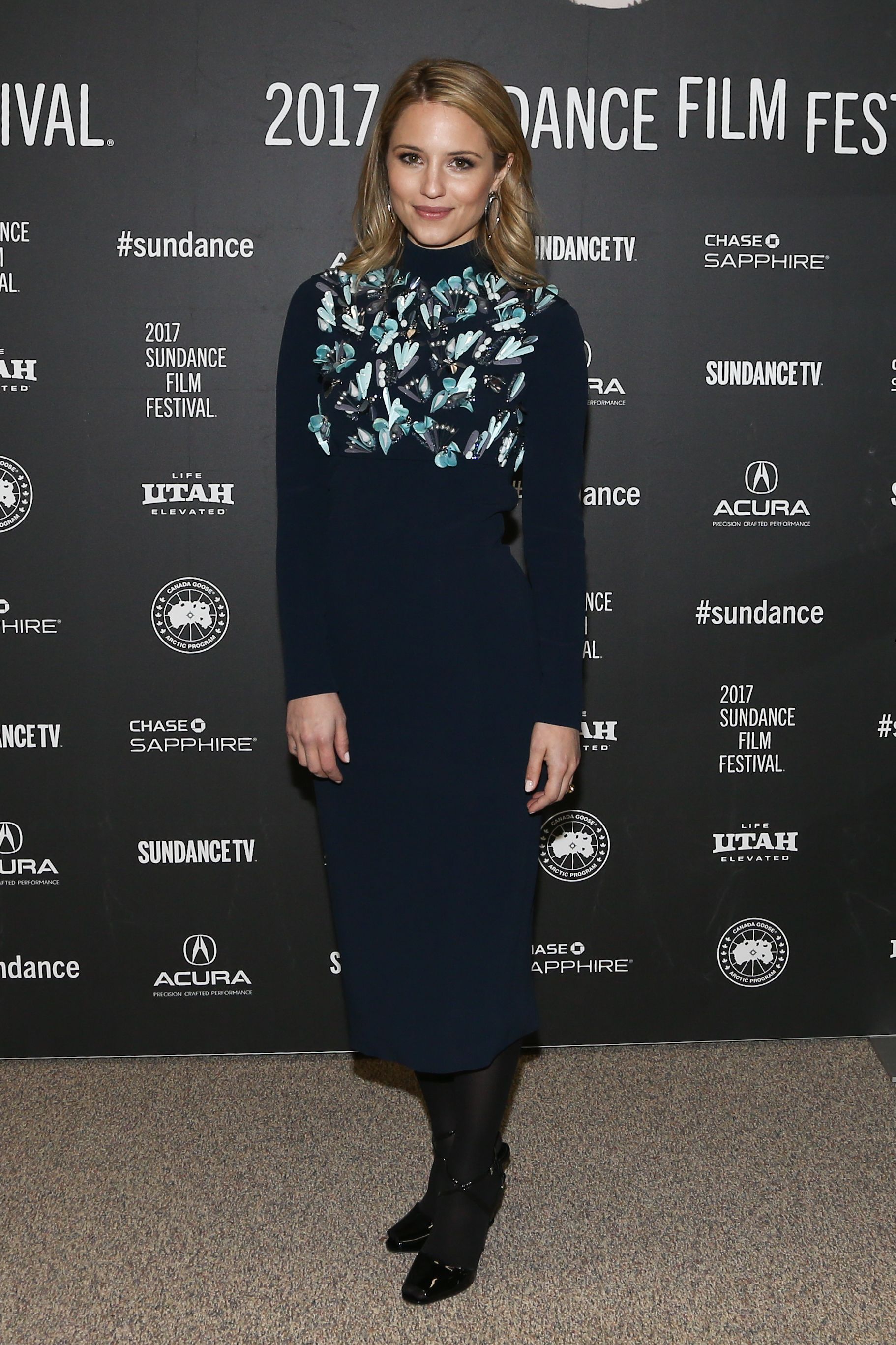 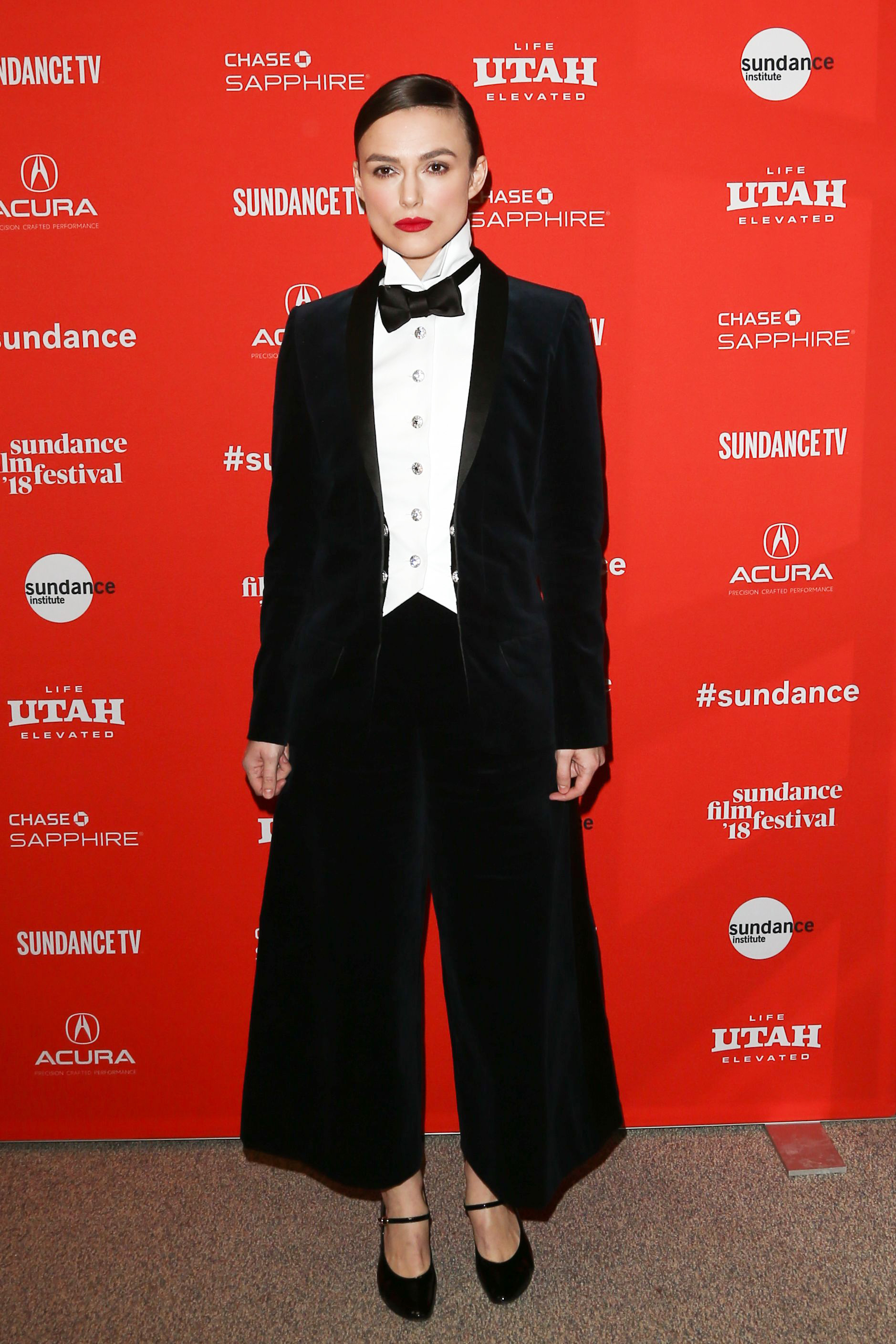 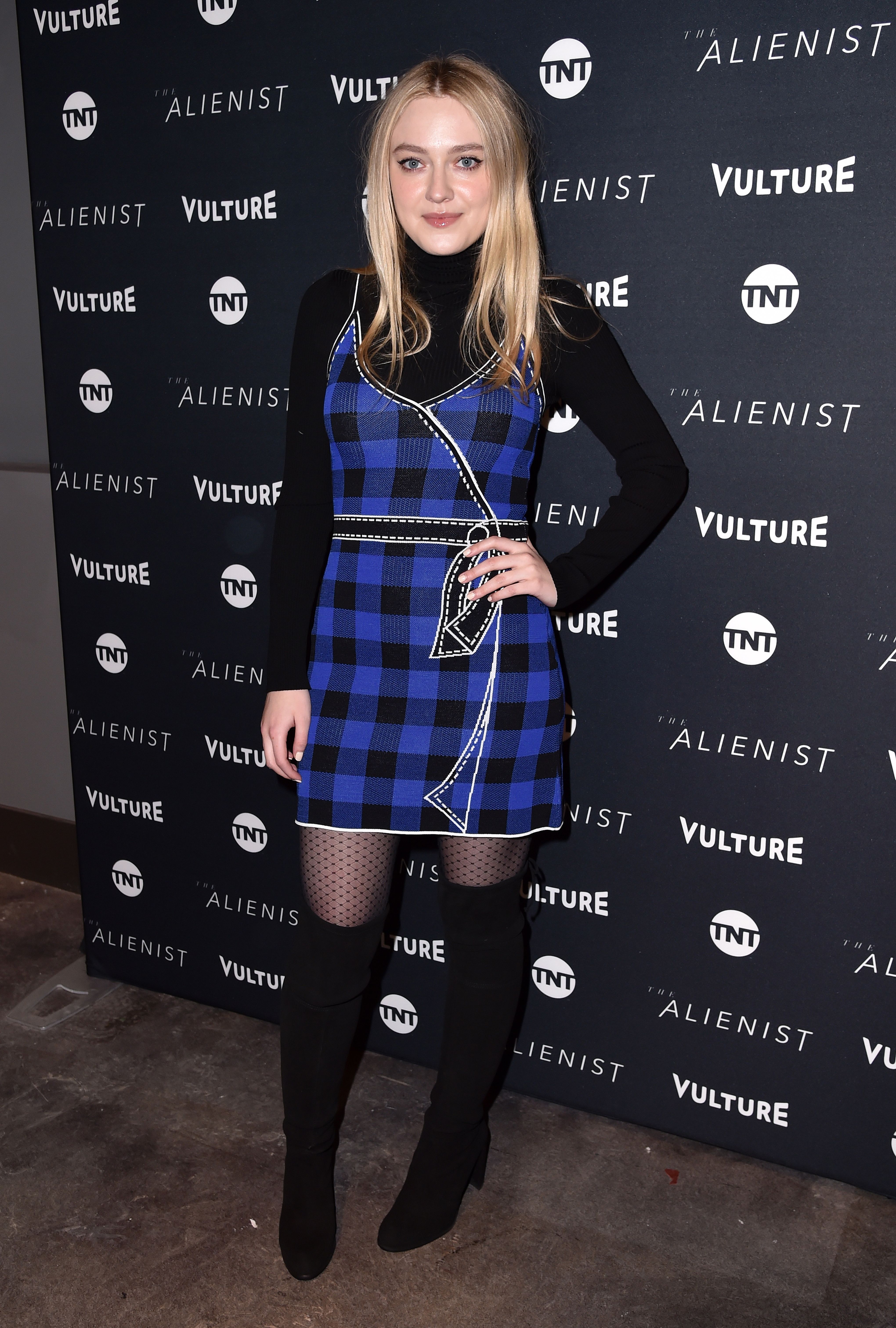 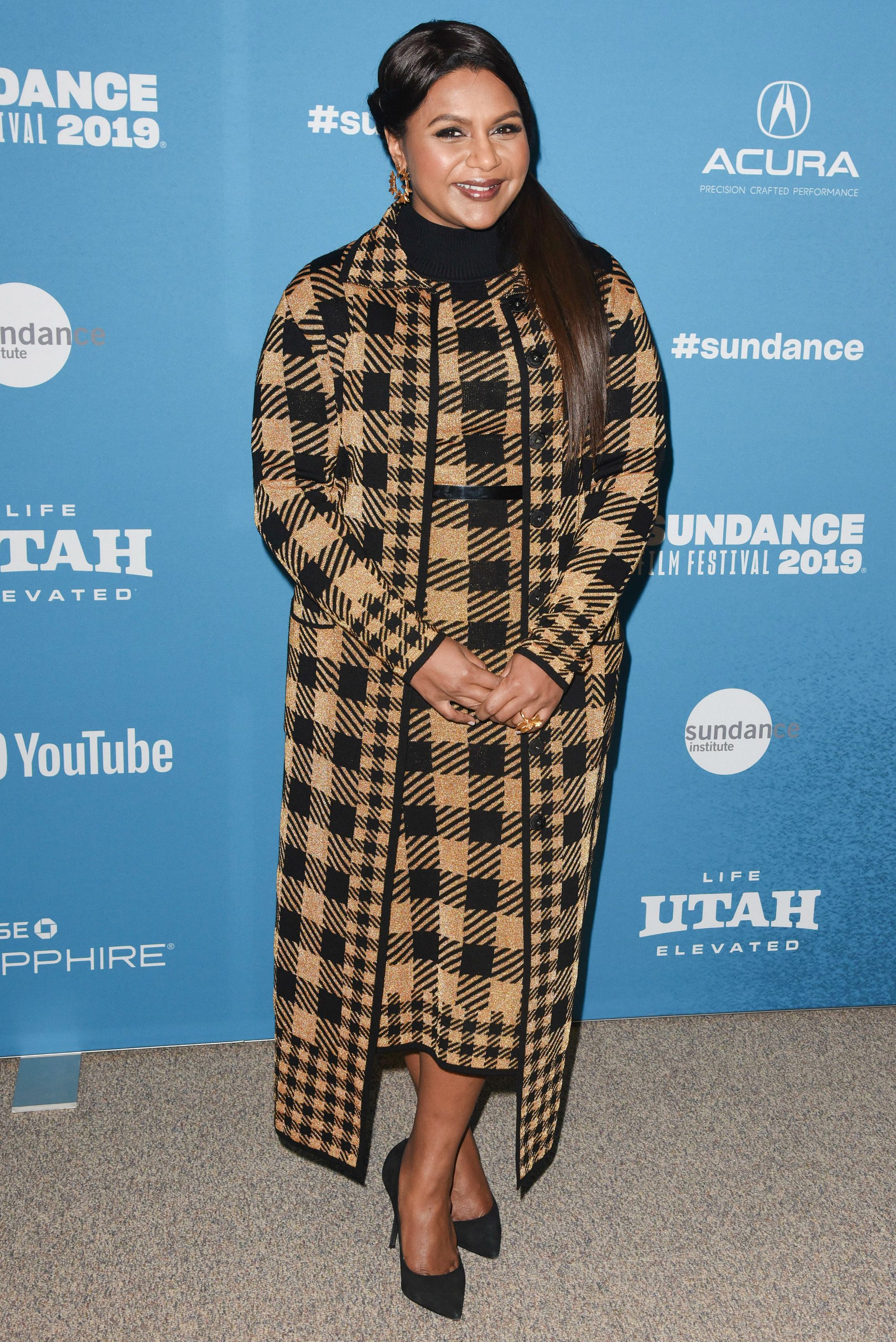 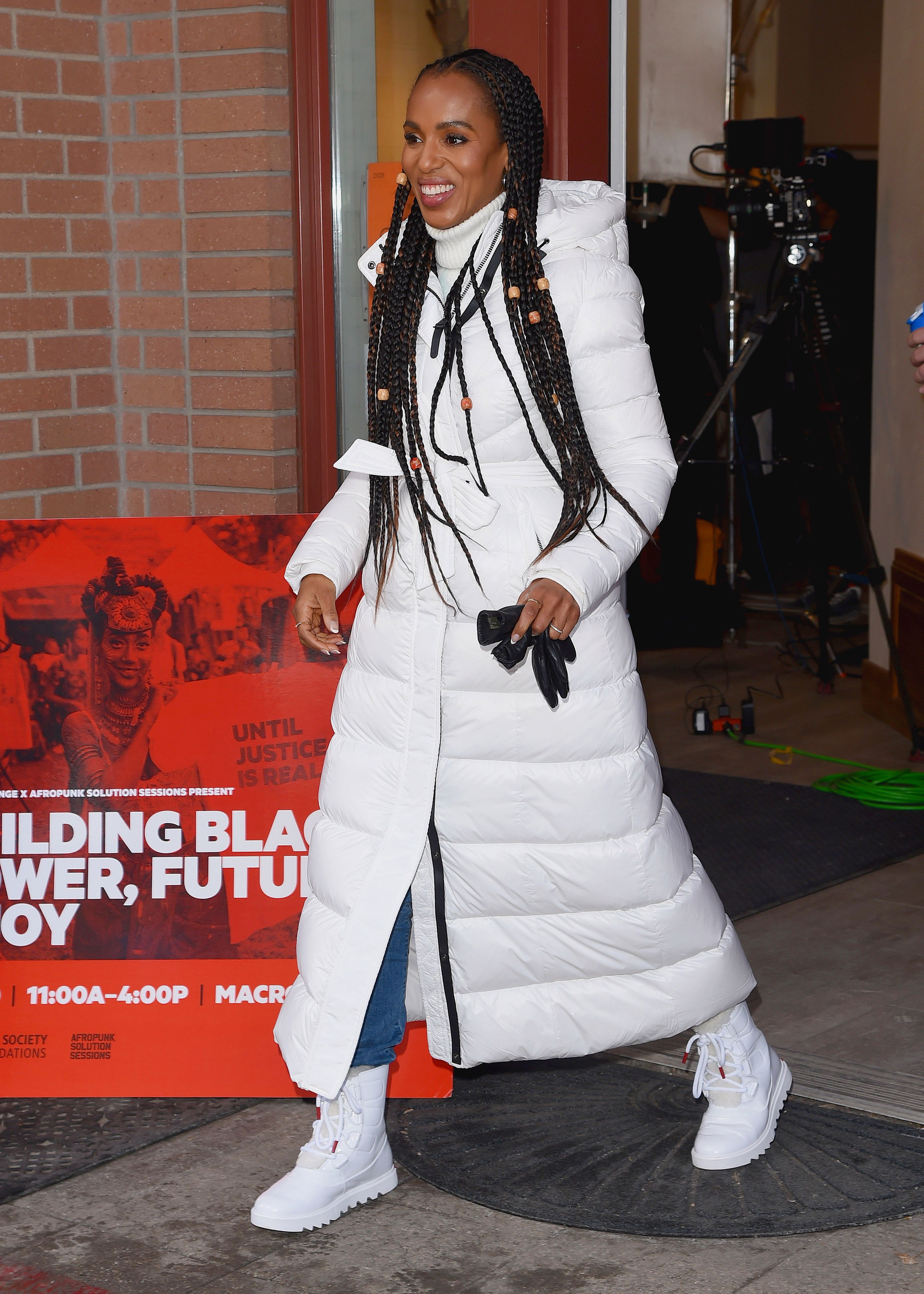 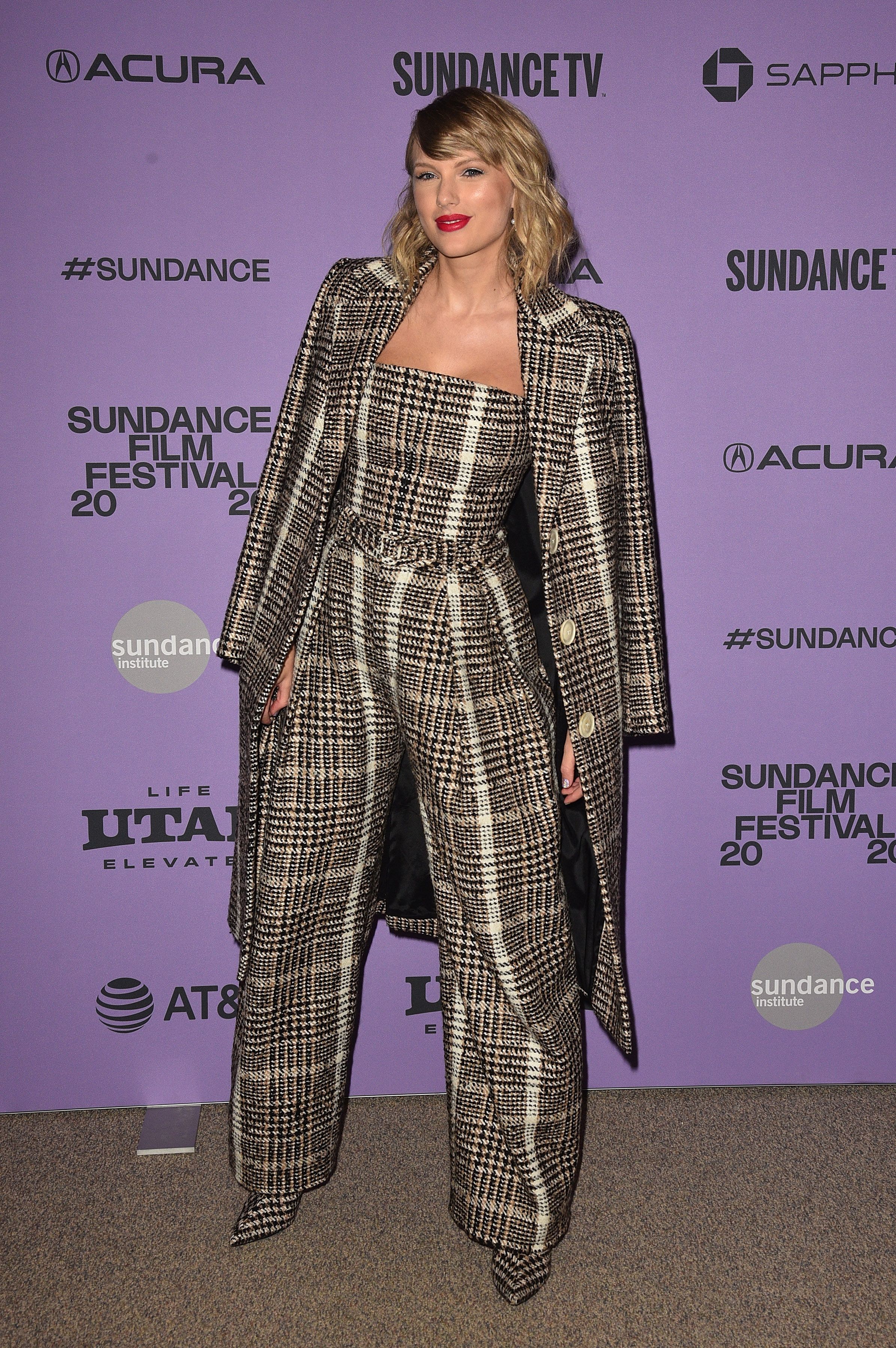 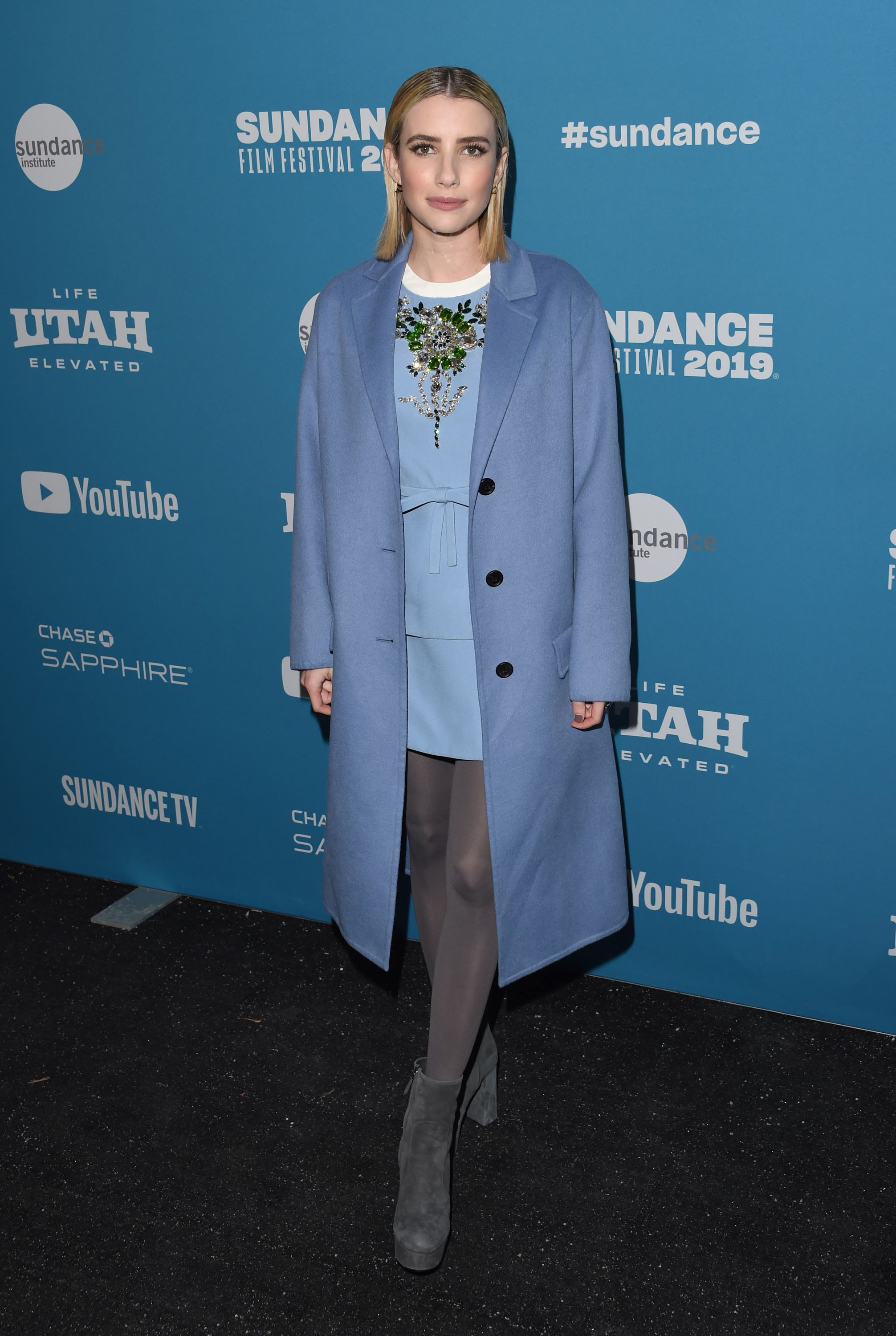 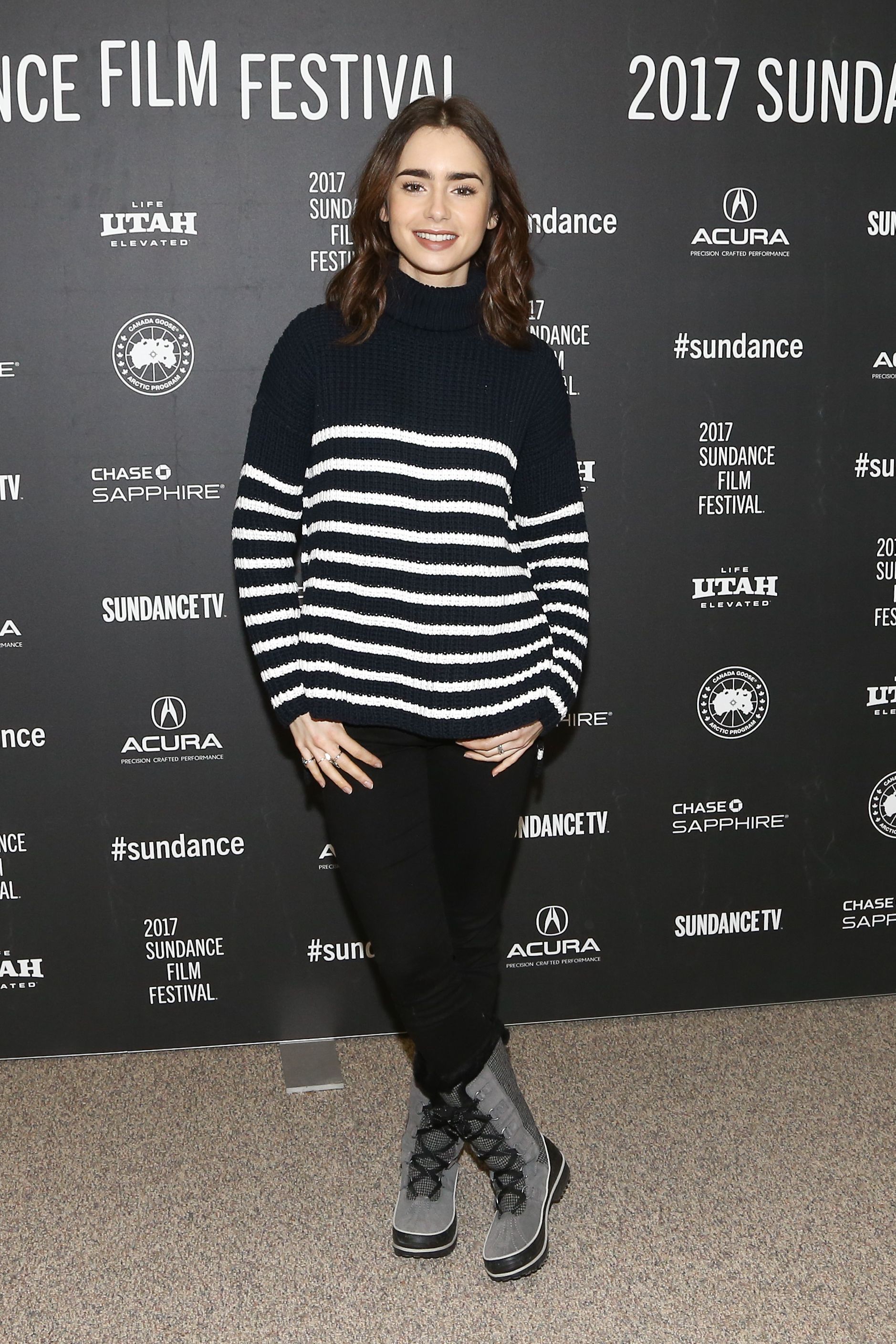 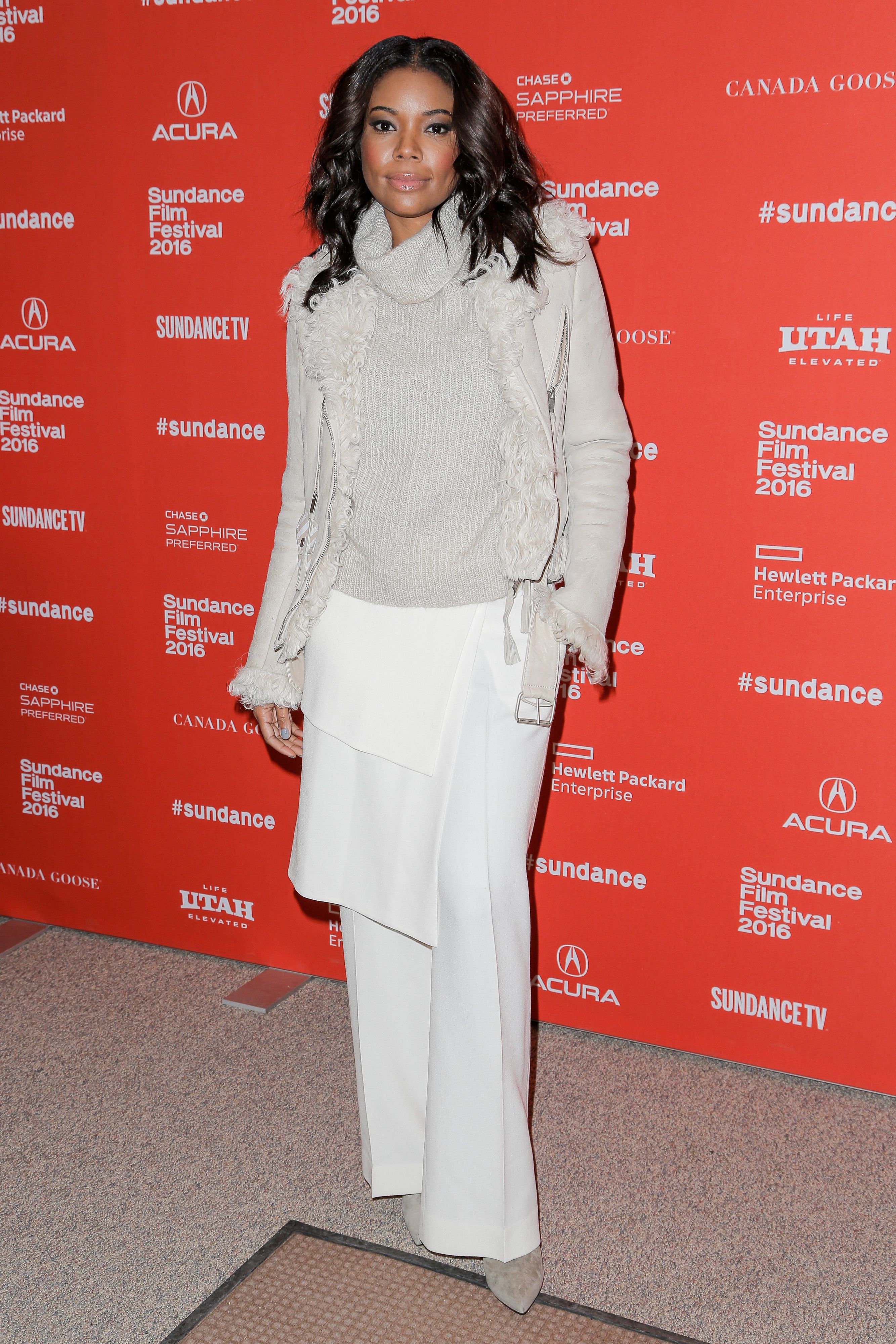 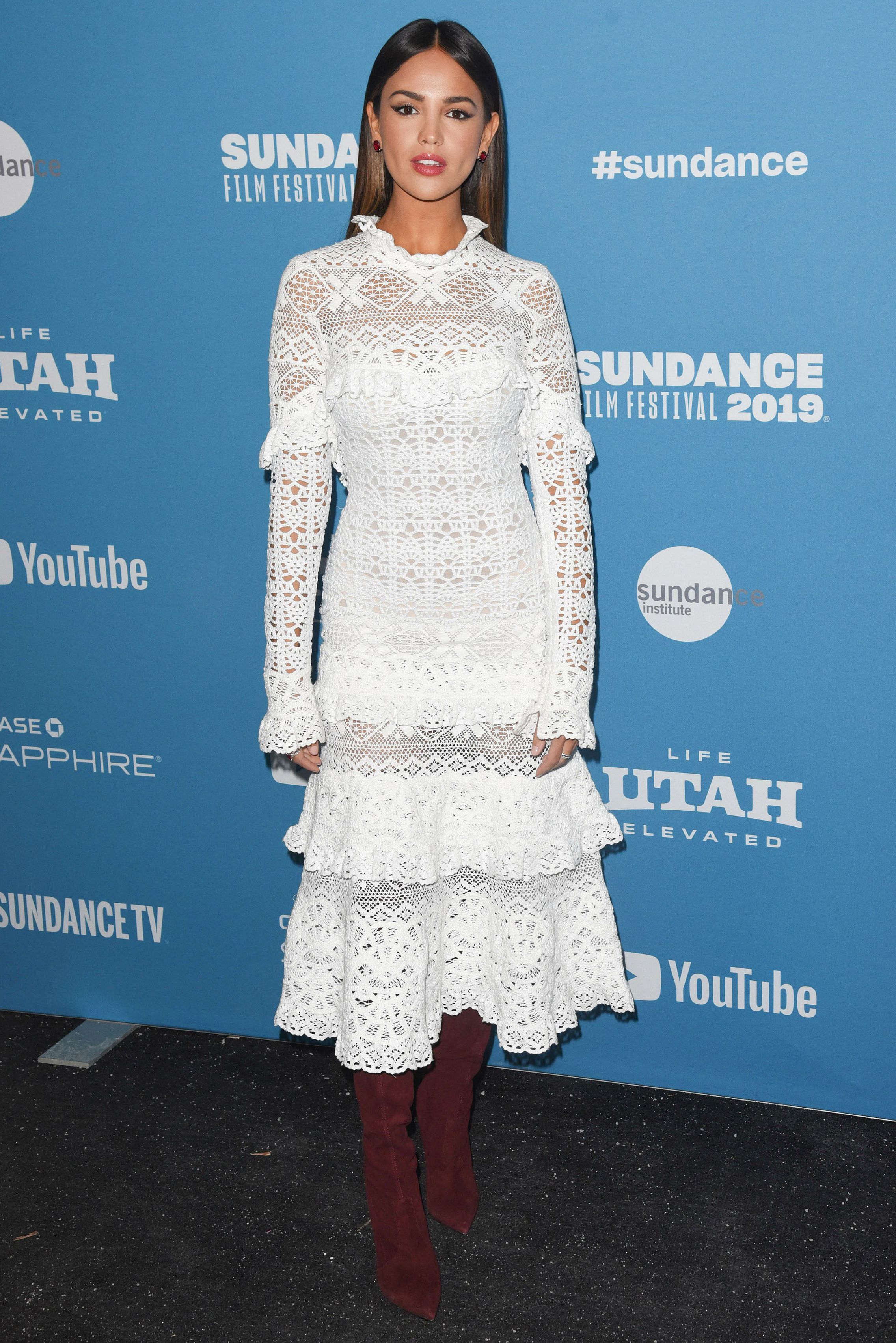 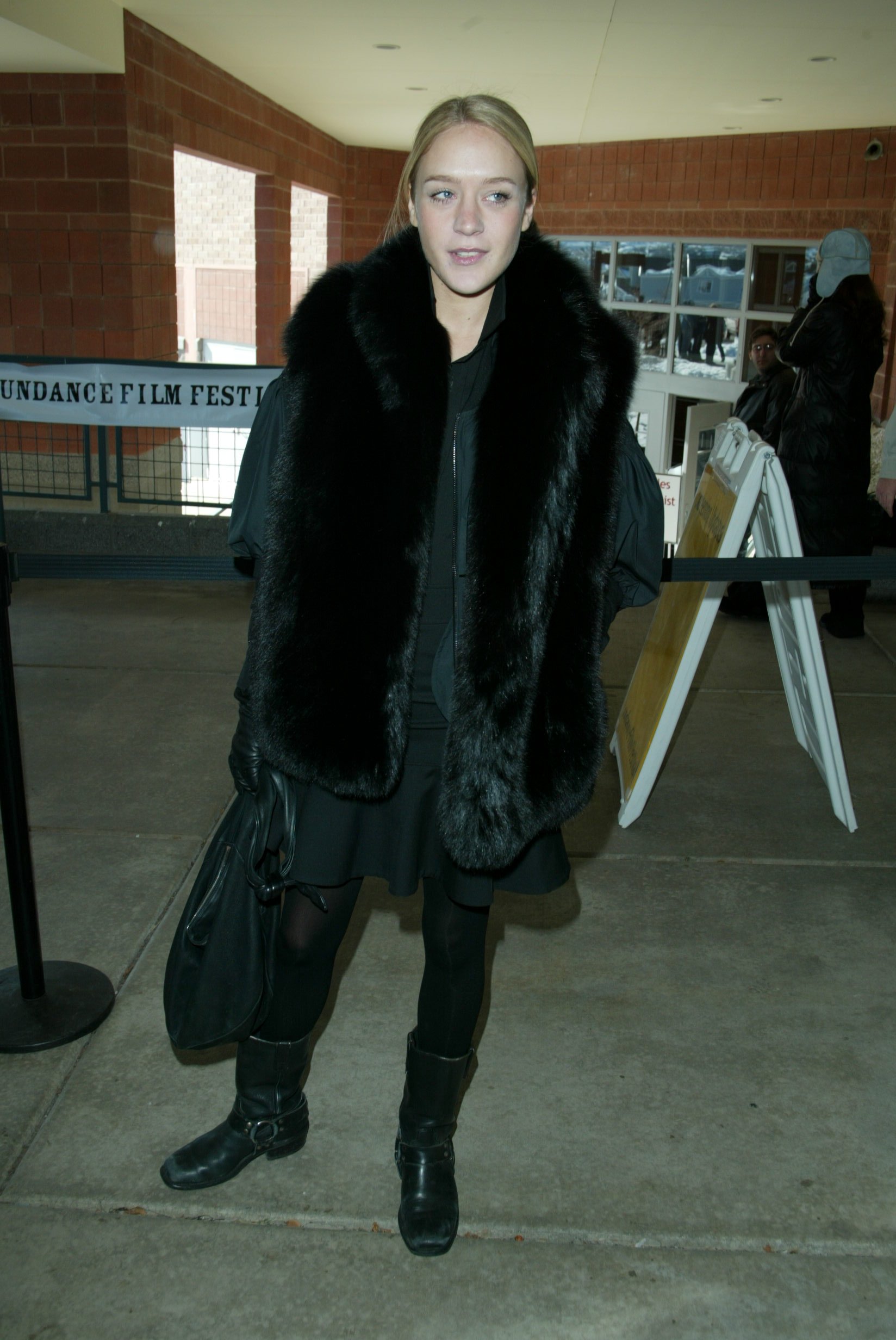 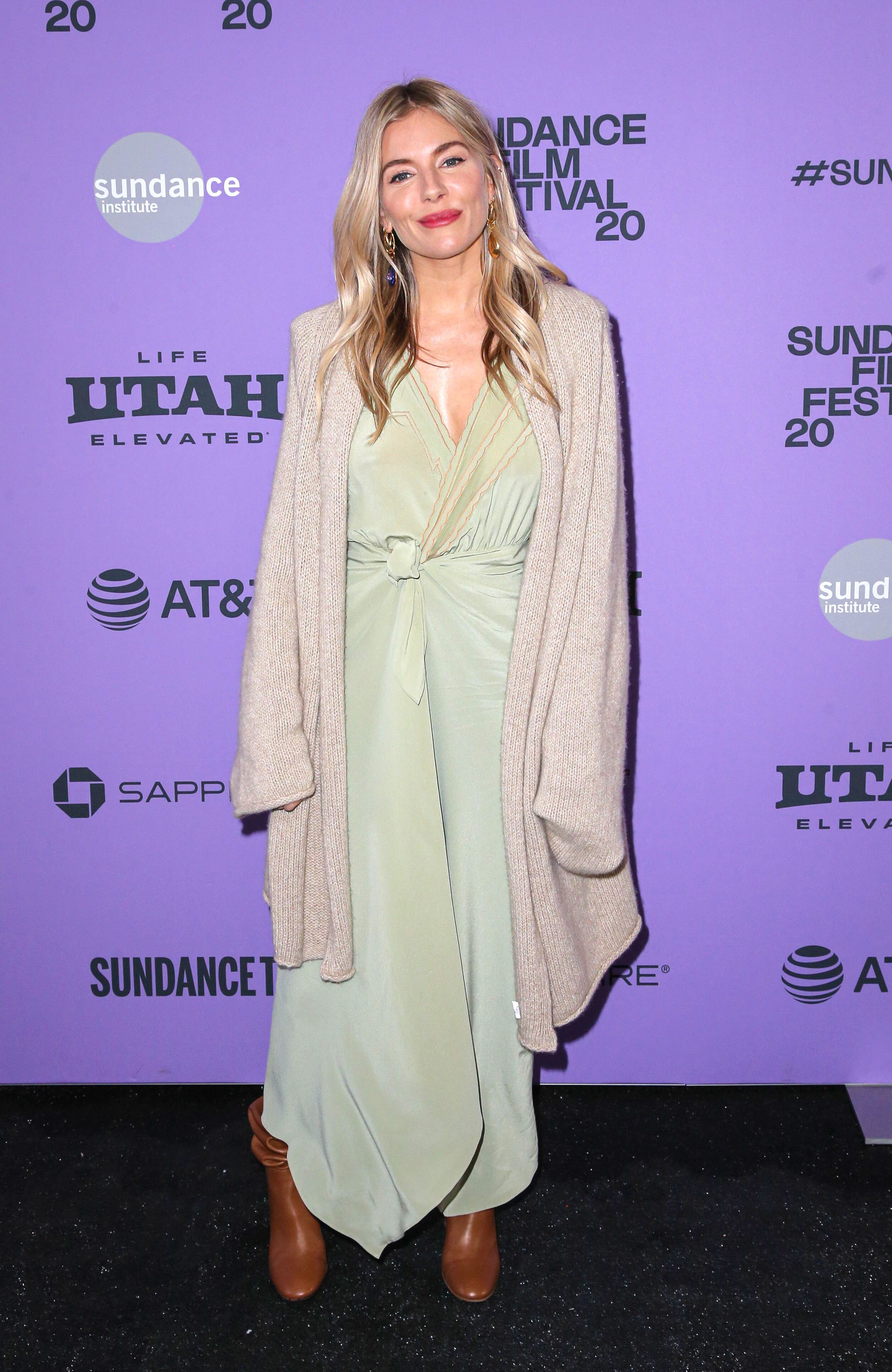 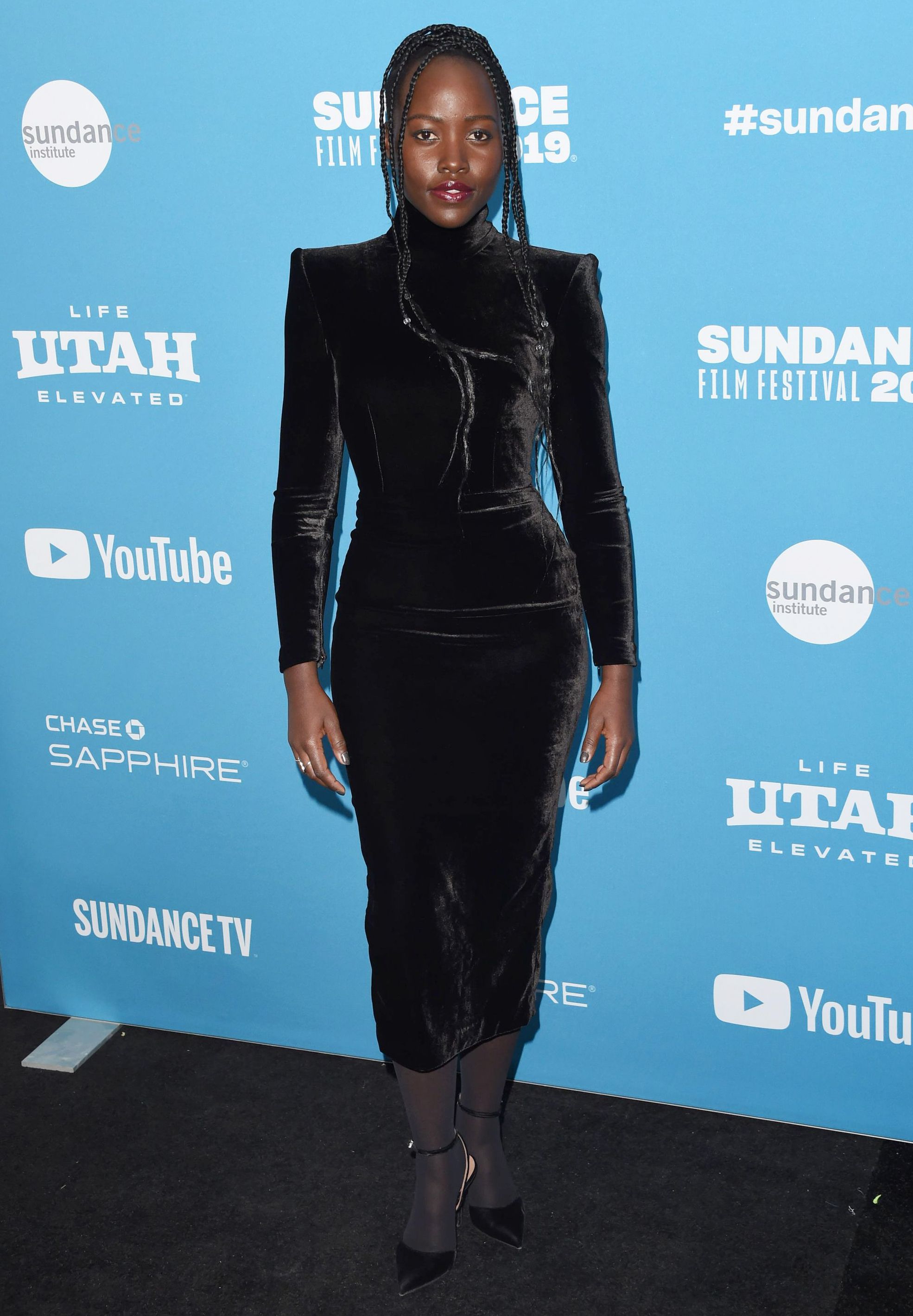 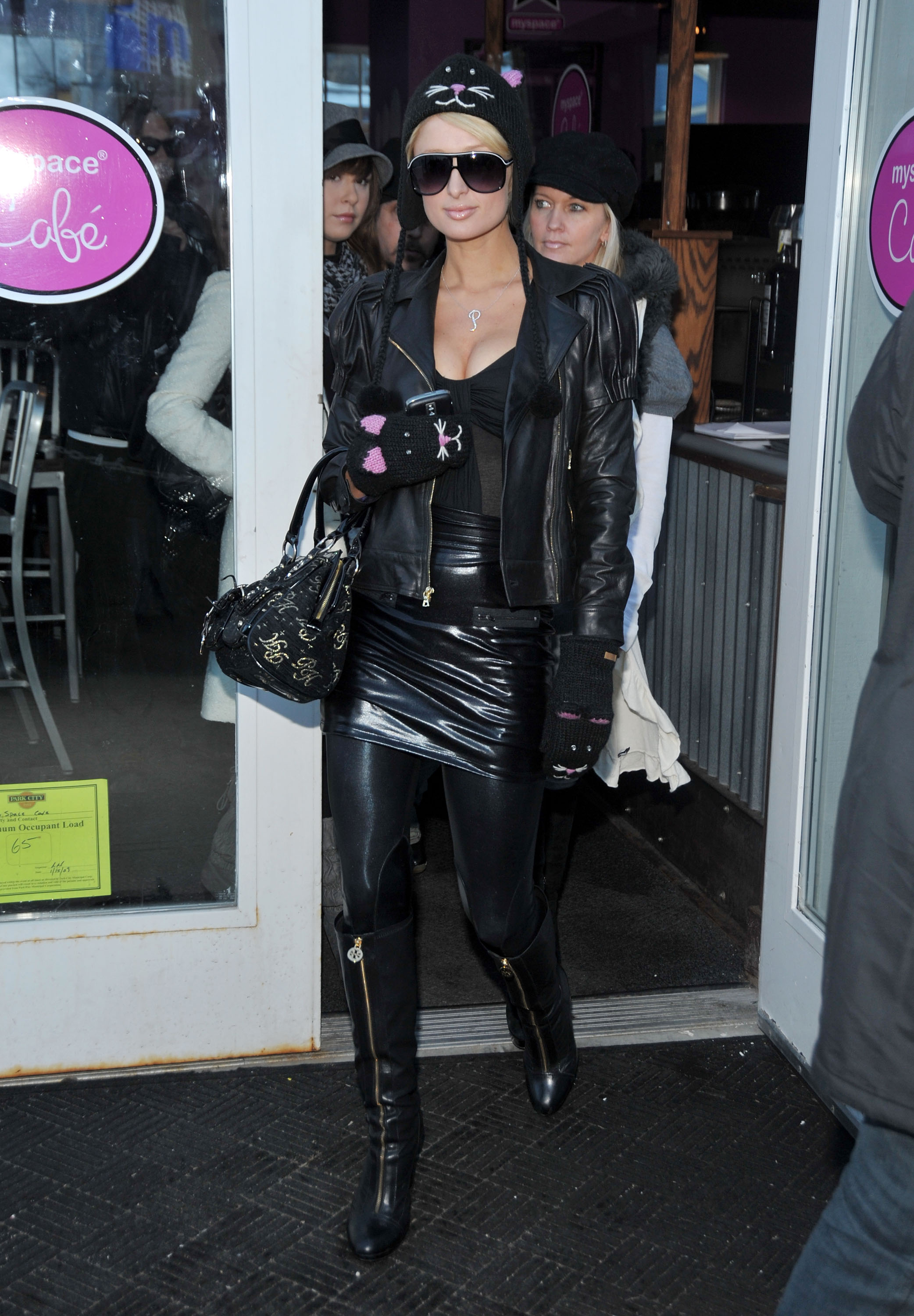 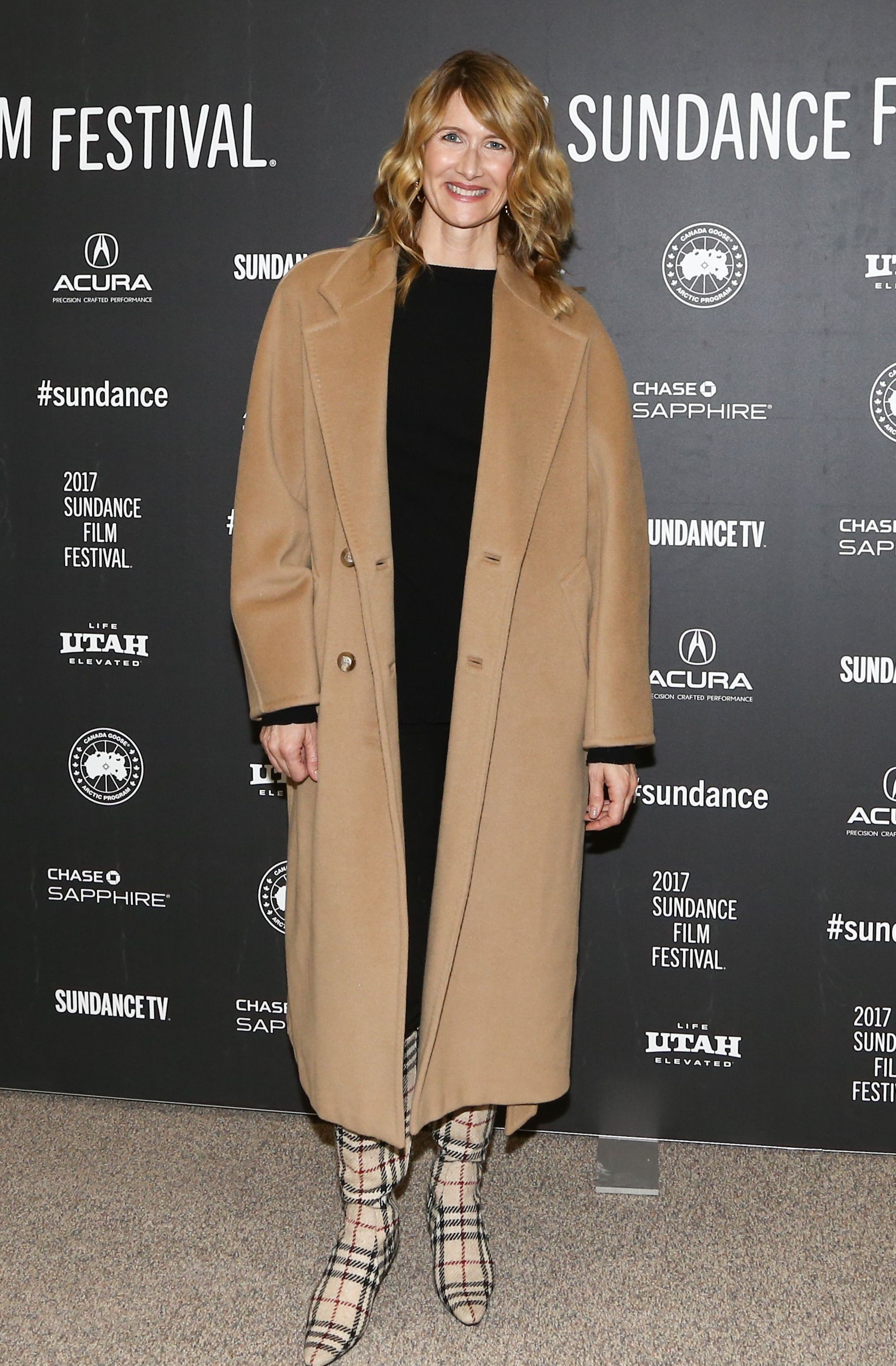 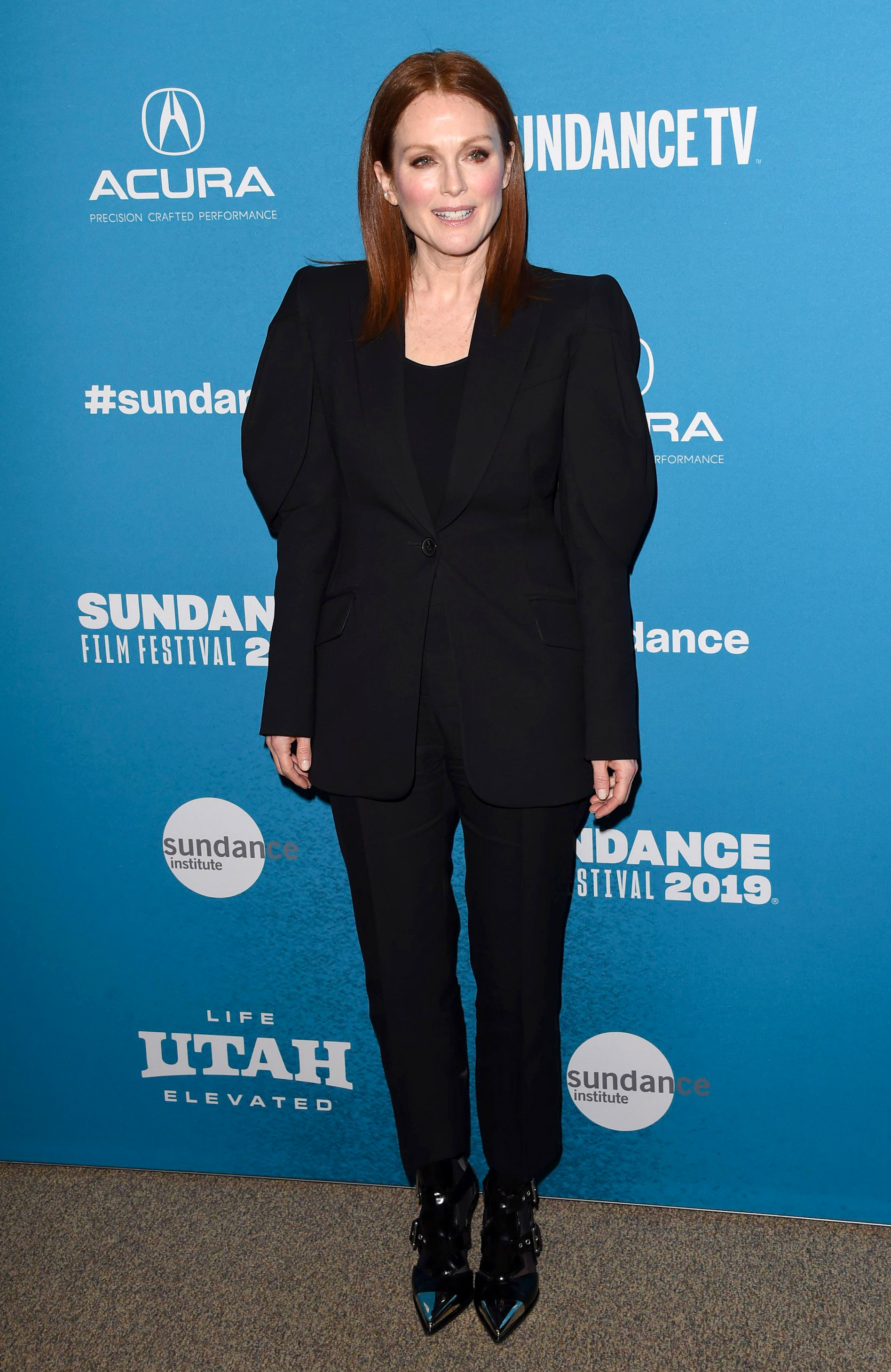 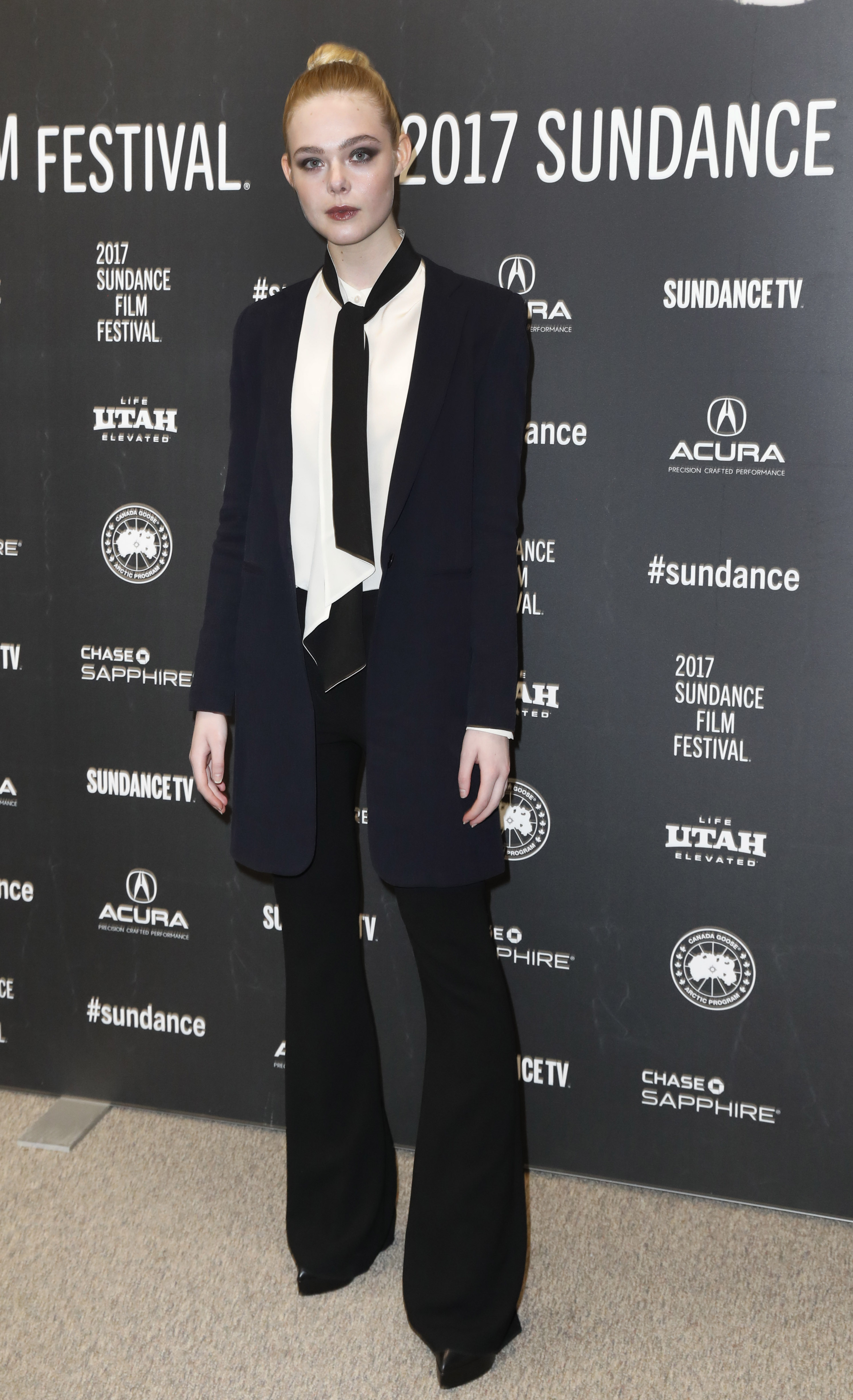 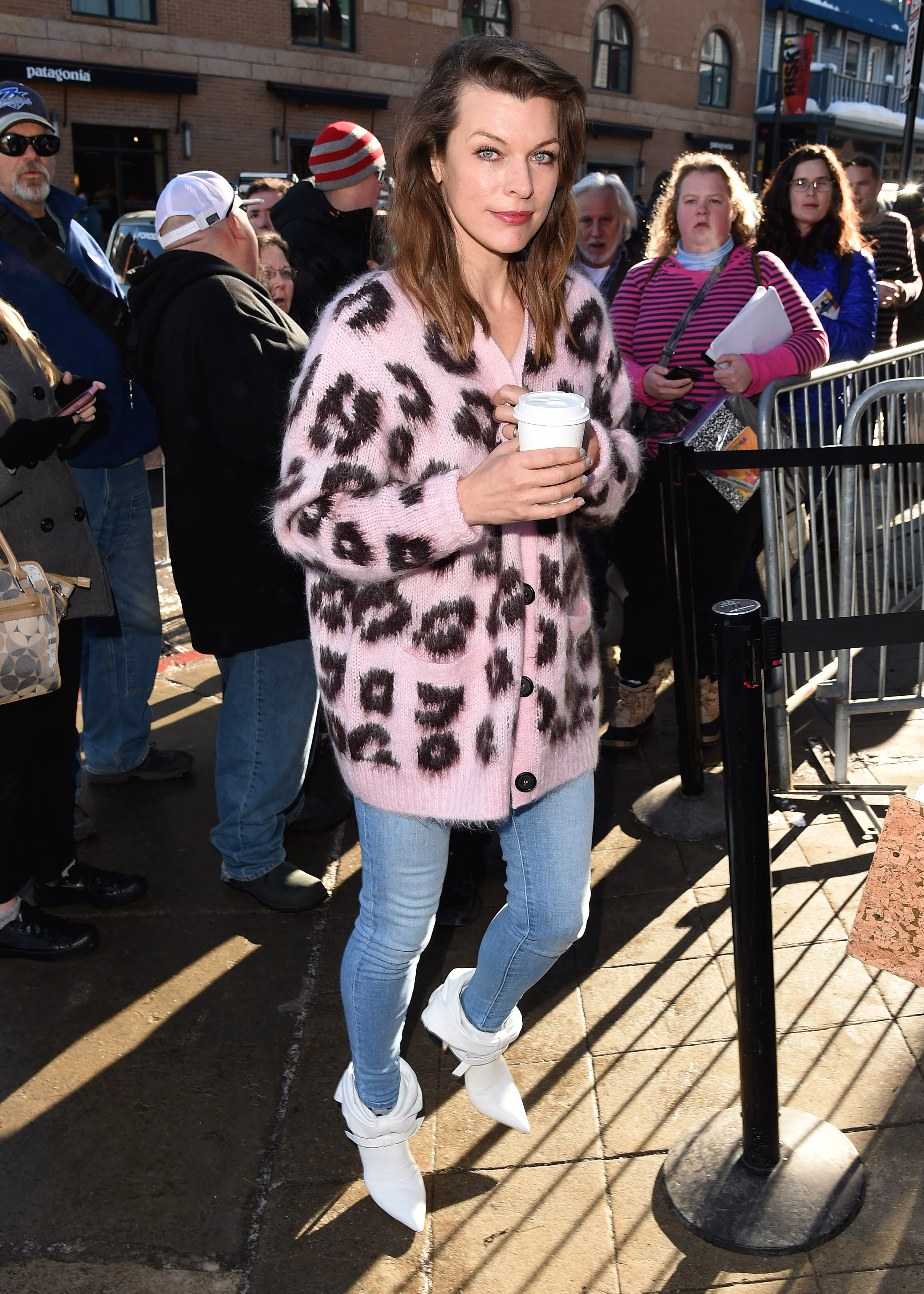 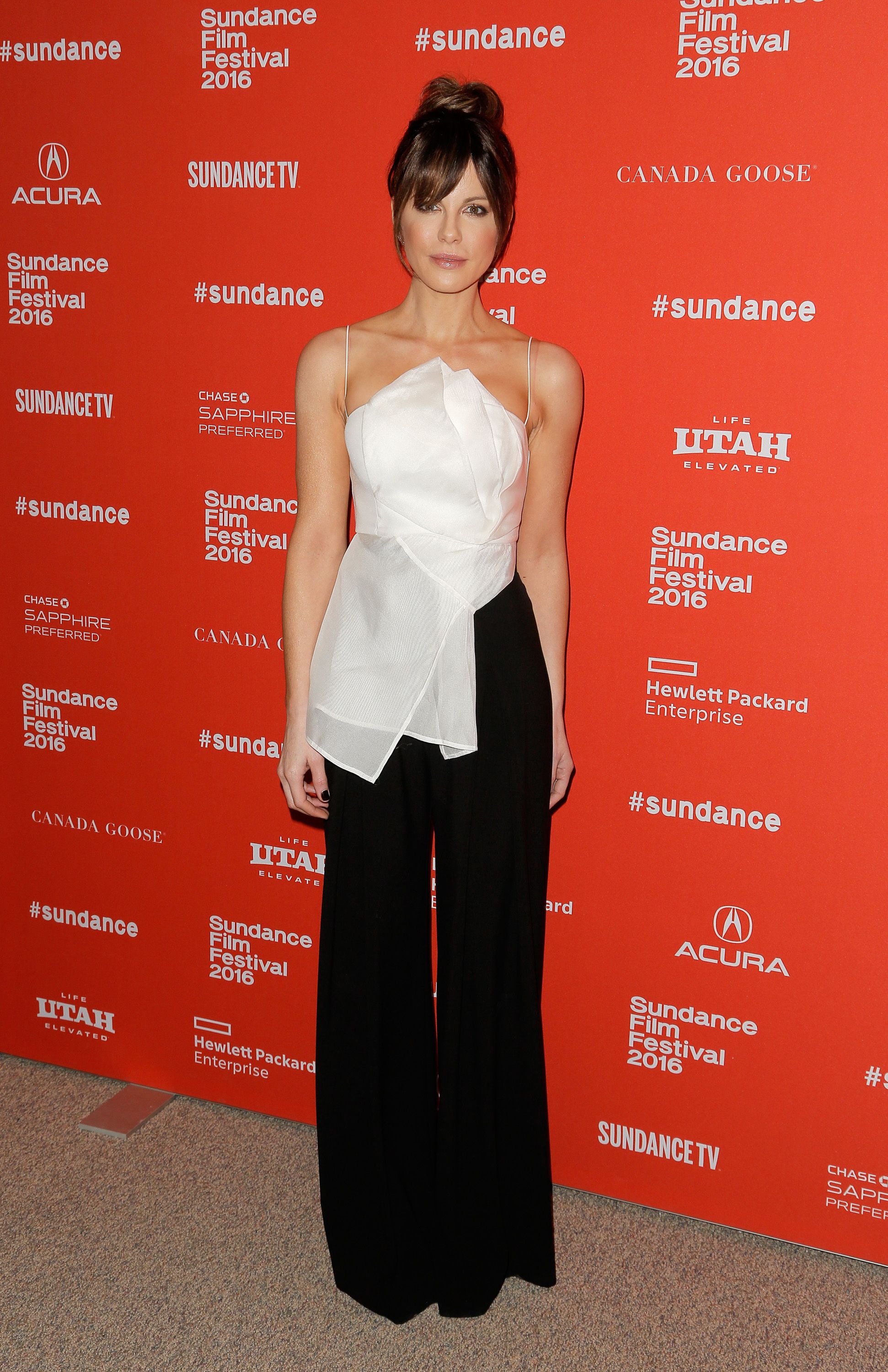 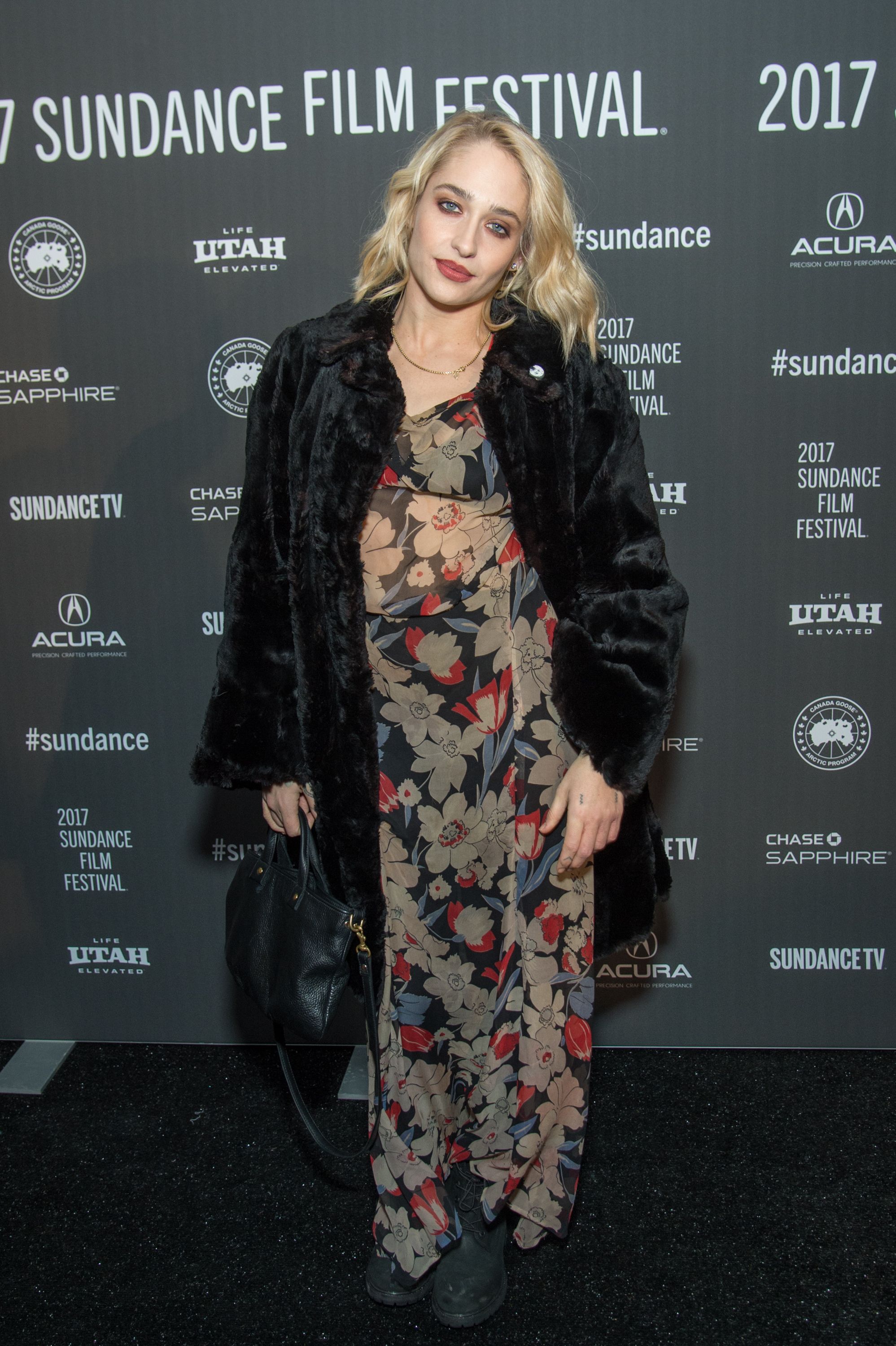 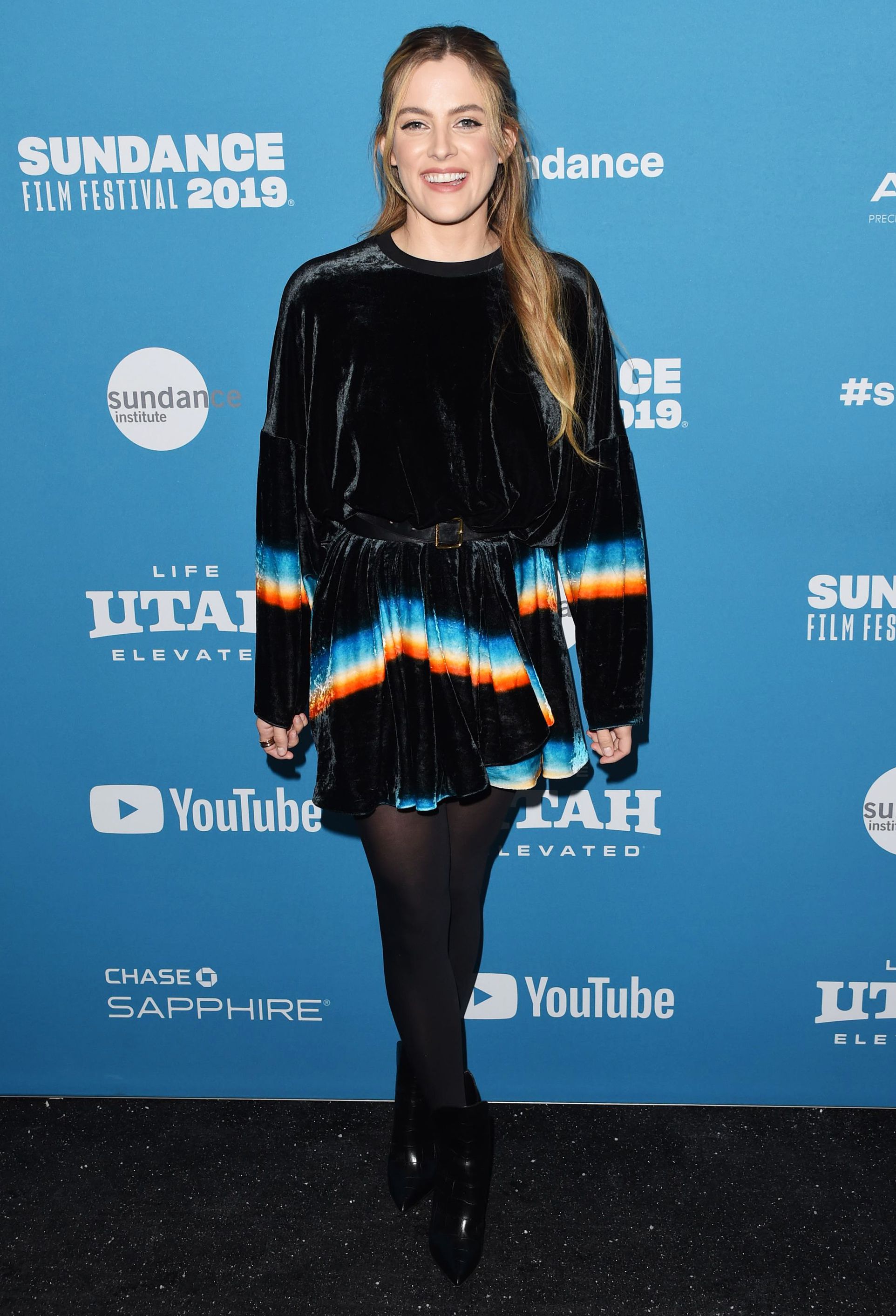 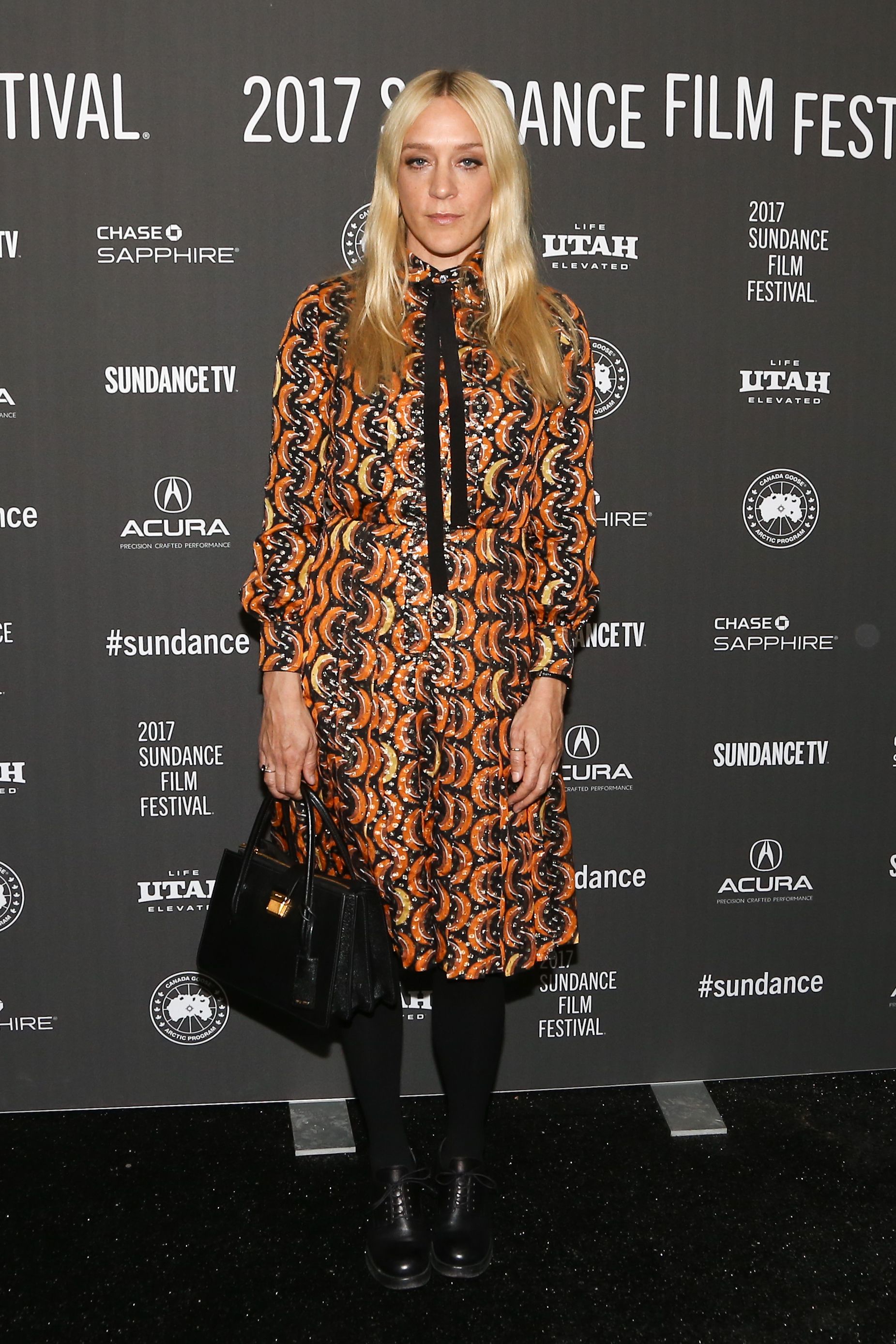 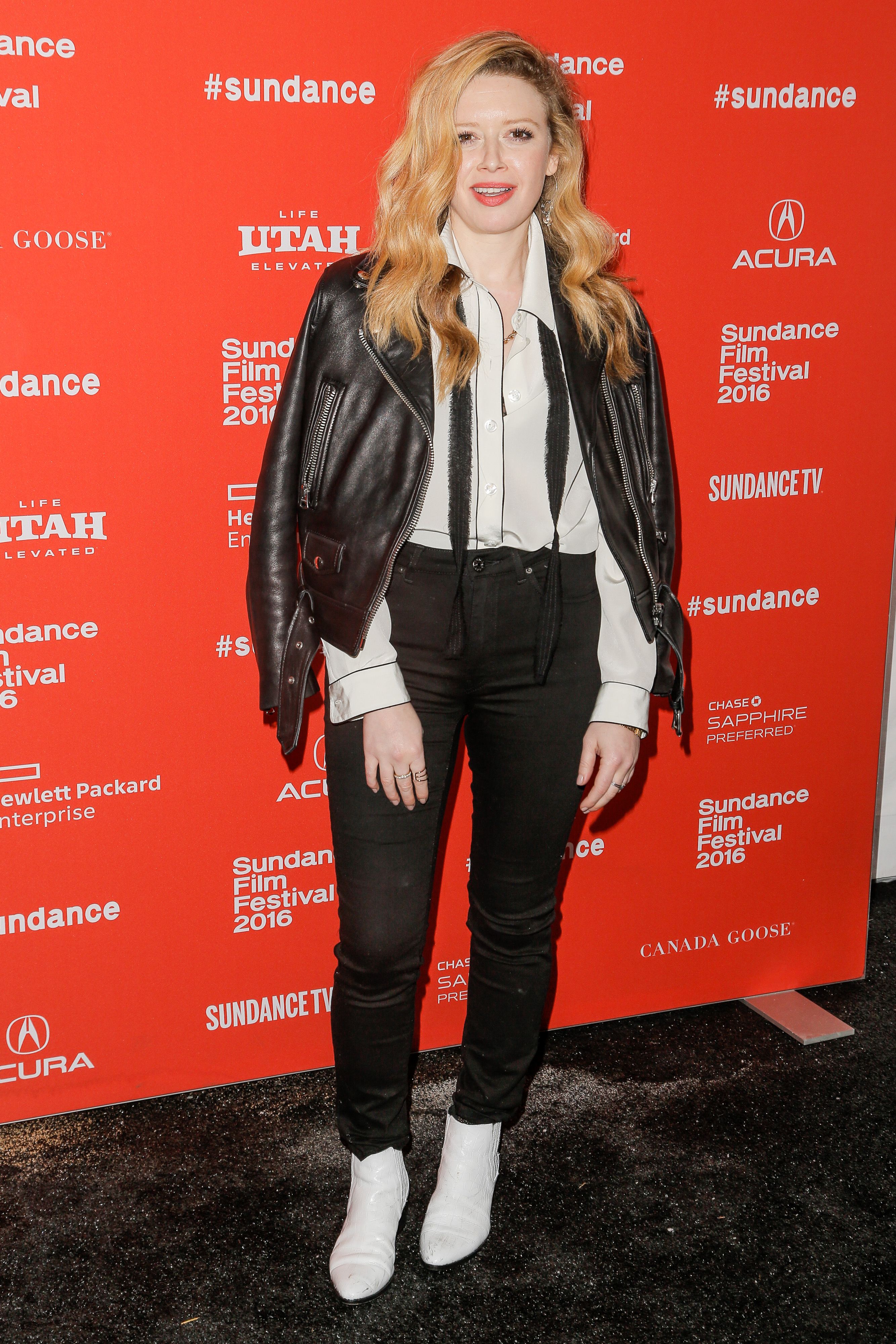 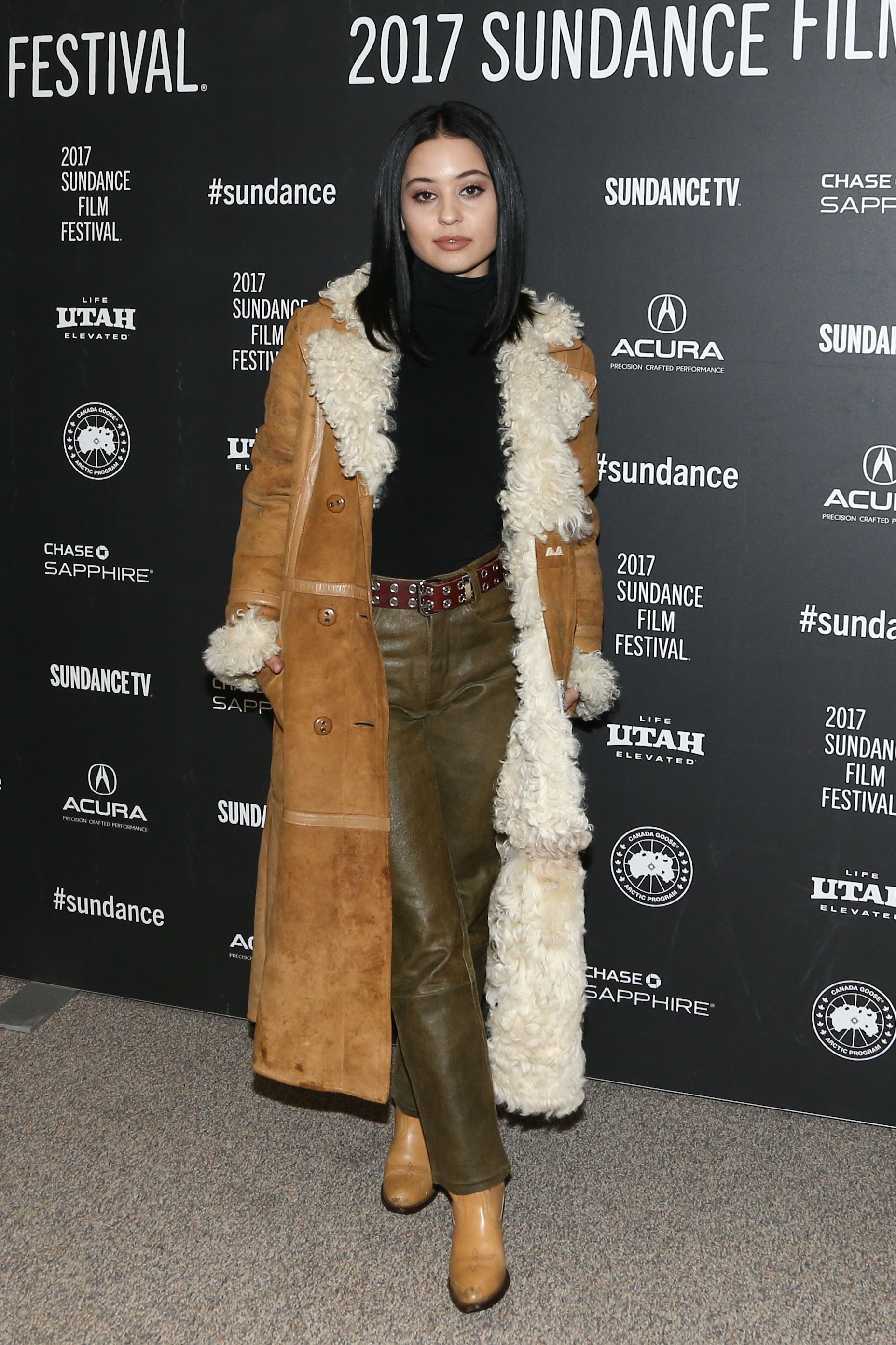 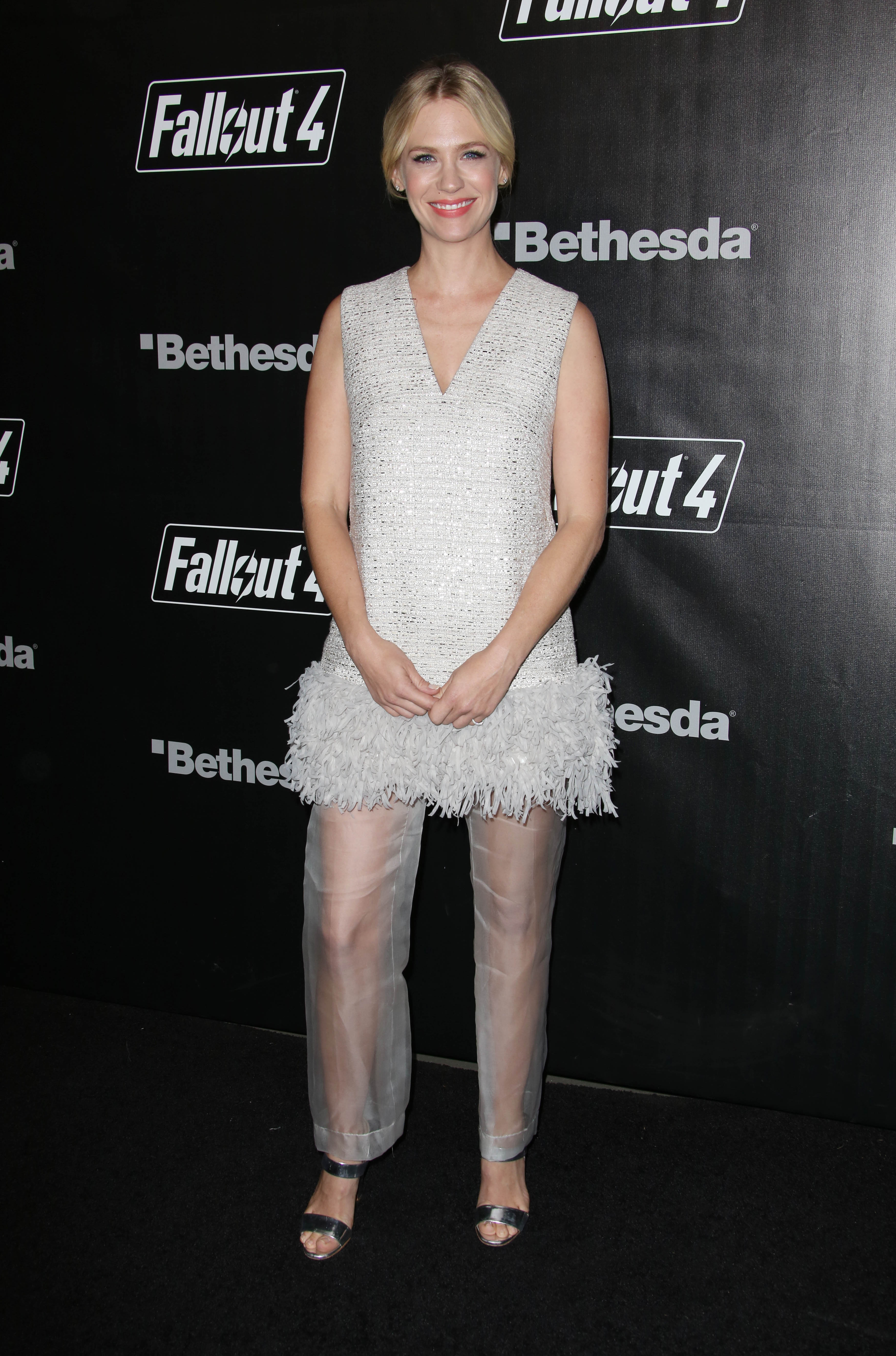