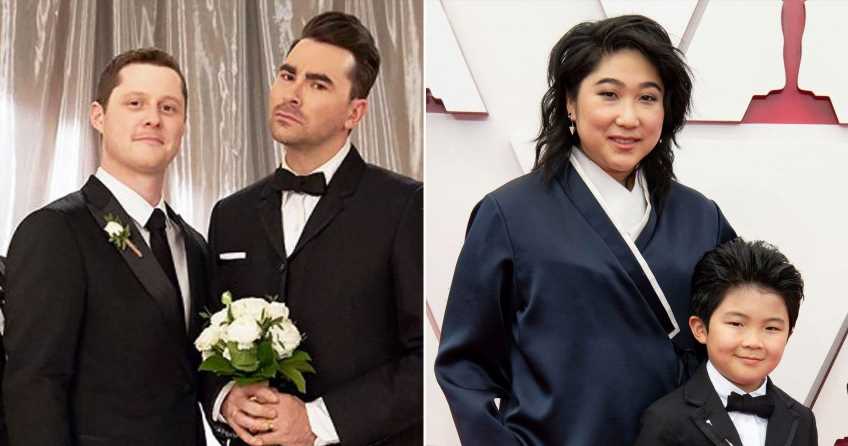 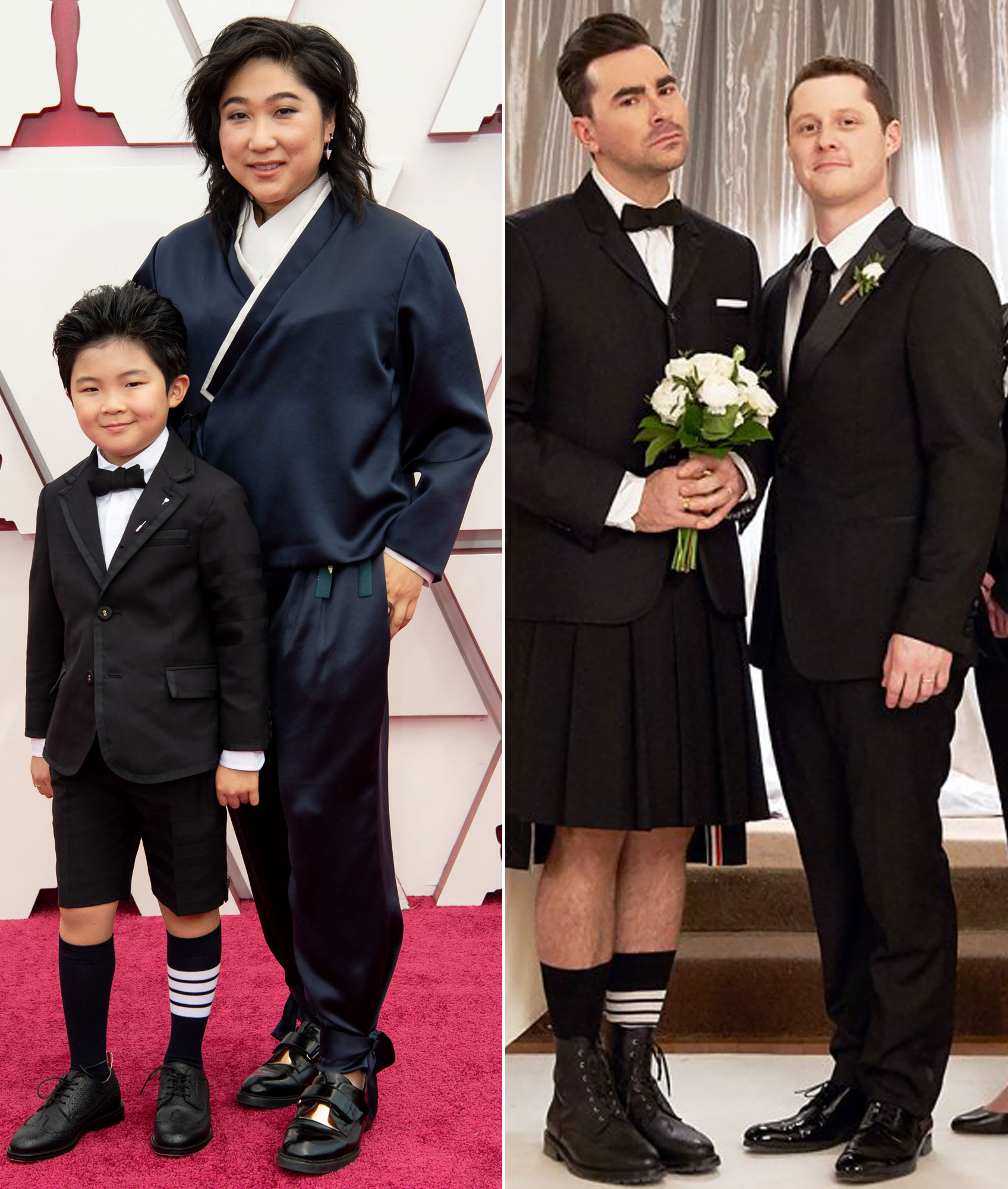 Twinning is winning! David Rose (who is played by Dan Levy) may not be an expert at folding cheese, but if there’s one thing the fictional character knowns, it’s fashion! As such, it’s no surprise that budding style icon Alan Kim channeled one of Rose’s most memorable outfits for the 2021 Oscars.

See What the Stars Wore to the Oscars Red Carpet

When the 9-year-old Minari actor hit the red carpet on Sunday, April 25, he looked absolutely adorable and incredibly chic in a Thom Browne short suit, complete with a white undershirt, bow tie and black high socks.

Even though he made a statement all on his own, fans were quick to point out that the young actor’s outfit bared a striking resemblance to the suit Rose wore on his wedding day, which took place during season 6, episode 14.

And OMG, the fans have a point. Sure, Rose switched out the shorts for his iconic kilt and he definitely has a smirk that no one else could recreate, but the Thom Browne numbers are nearly identical.

Seriously, there couldn’t be a cuter comparison — even their high socks are the same! Plus, this means that Kim has Rose’s style stamp of approval.

Many took to Twitter to share their Schitt’s Creek-shattering revelations, posting side-by-side pictures of Kim walking his dog, Cream, before the Academy Awards and David at his wedding.

“Um Alan Kim looks like a tiny David Rose and his character’s name in Minari is David,” one fan writes. Coincidence? We think not! Another chimes in, nothing that “Alan Kim is the one and only person who can pull off a David Rose inspired look!”

The 10 Hottest Hunks at the Oscars

Aside from rocking a designer getup, Kim had a good ole time at the awards show — offering up some stellar poses and one liners.

During E!’s Live from the Red Carpet, the young star told host Giuliana Rancic how he celebrated his birthday, which took place days before the Academy Awards.

He mentioned that he had a “really good” day, even though he “mostly stayed inside.” Presents were off the charts though, as Kim raked in some pretty cool gifts.

“I got a FitBit for kids, a new bike obviously, a new iPad mini 5 — and that was really cool,” he told Rancic.

Aside from his on-air interview, Kim also posed for a few red carpet photos with Minari producer Christina Oh. He was every bit a heartthrob-in-the-making, placing his thumb and pointer finger on his chin as he struck a soft smile for the camera.

Kim has had a pretty successful awards season, taking home the Critics’ Choice Award for best young actor for his performance as David in Minari.