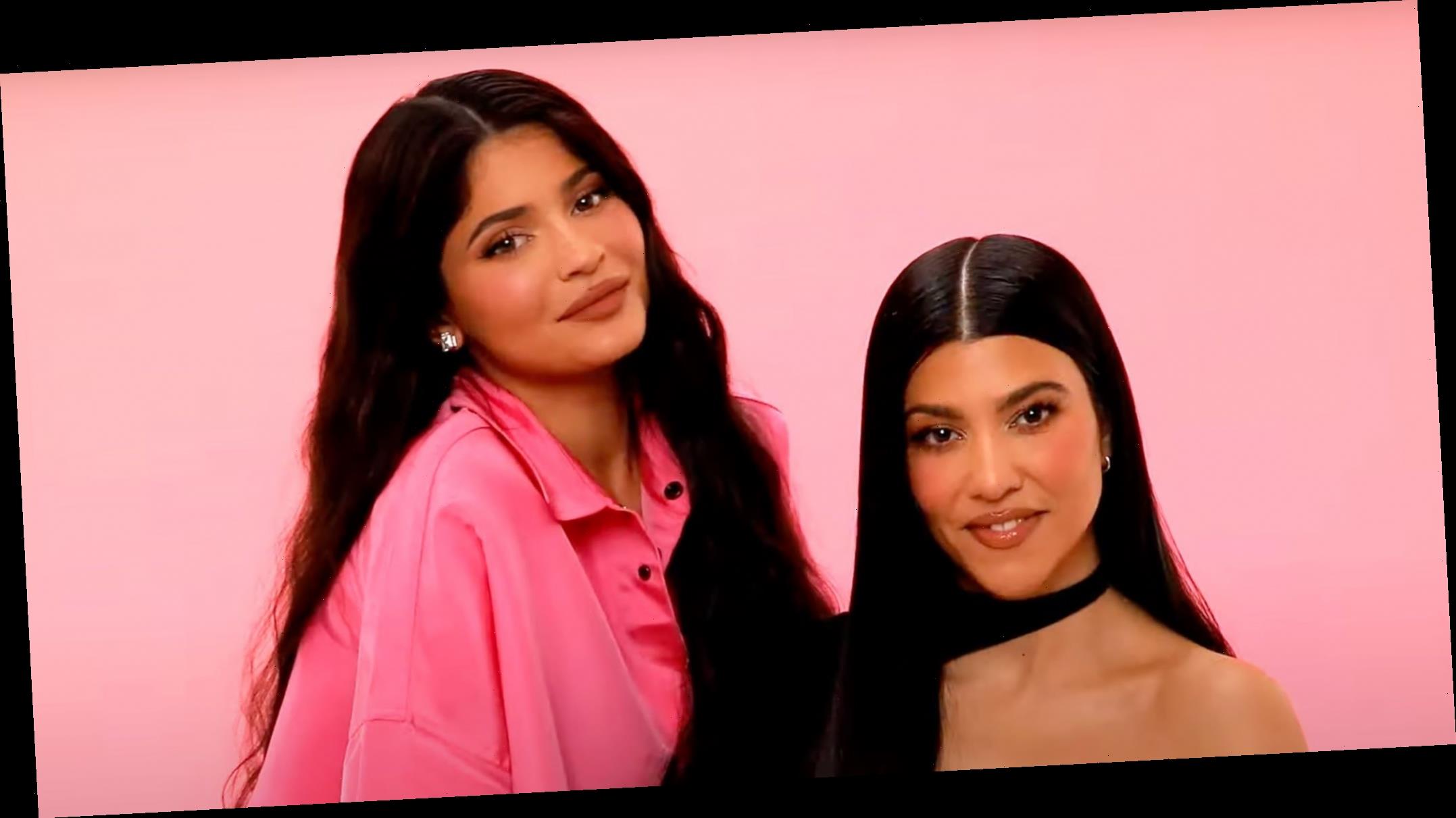 Kylie and Kourtney take Youtube! The sisters teamed up for a ‘Get Ready With Us’ video and we’re still processing all we’ve learned about the duo’s beauty journey.

The 12-minute clip, which was uploaded to Kylie’s Youtube channel on February 25, takes Us on a trip down memory lane to where the family’s fascination with beauty first started. And given that Kylie, Kim and soon-to-be Kris are all major players in the industry, we’re pretty keen on knowing where the family’s obsession began.

“Our mom always had the best makeup. She always had these vintage Saint Laurent lipsticks and they had jewels on the top them. Did you ever see those? They had like a red jeweled heart. She always had the coolest things like that, so Kim and I would always play,” Kourtney, 41, tells Kylie, 23, who’s applying Kylie Cosmetics powder to her face.

“But then when I was 12 and Kim was 11, my dad’s girlfriend got us makeup lessons. So we went to this place and they filmed us. It was Joe Blasco foundation at the time,” recalls the Poosh founder. “That was the 90s and we had super thin brows.”

Kylie, the beauty guru that she is, remarks that beauty has changed quite a bit since the era of thin brows.

As the Kylie Skin founder, who’s dressed in a neon pink jacket, continues to give her sister a flawless makeup look, she can’t help but hype herself up. “Like, I really have such a talent,” Kylie says, taking a look at her sister “snatched” nose.

In the video we also learn that once upon a time Kourtney, who recently confirmed her relationship with Travis Barker, shaved off her eyelashes.

“Do you know I cut all my lashes off on accident once? Like, when I was 27. I shaved my eyebrows with one of those electric shavers and it shaved from here to here,” the mom of three tells Kylie, pointing to her upper lash line. Thankfully, the Keeping Up With the Kardashian’s star’s eyelashes have grown back.

Kylie also took the sisterly makeup session as an opportunity to ask for some parenting advice from her older sister. Kourtney responded that the most important thing is letting Stormi, 3, be herself. “Letting her be seen and heard and understood. Whatever she’s feeling, like validating those feelings. Letting them feel like they have the freedom to be themselves.”