HOME transformations have been taking social media by storm, with each makeover different from the rest.

Charli Kim Cooper, an artist from Louisiana, USA, divided people on social media with her extremely bright and trippy home makeover – and she did it all herself. 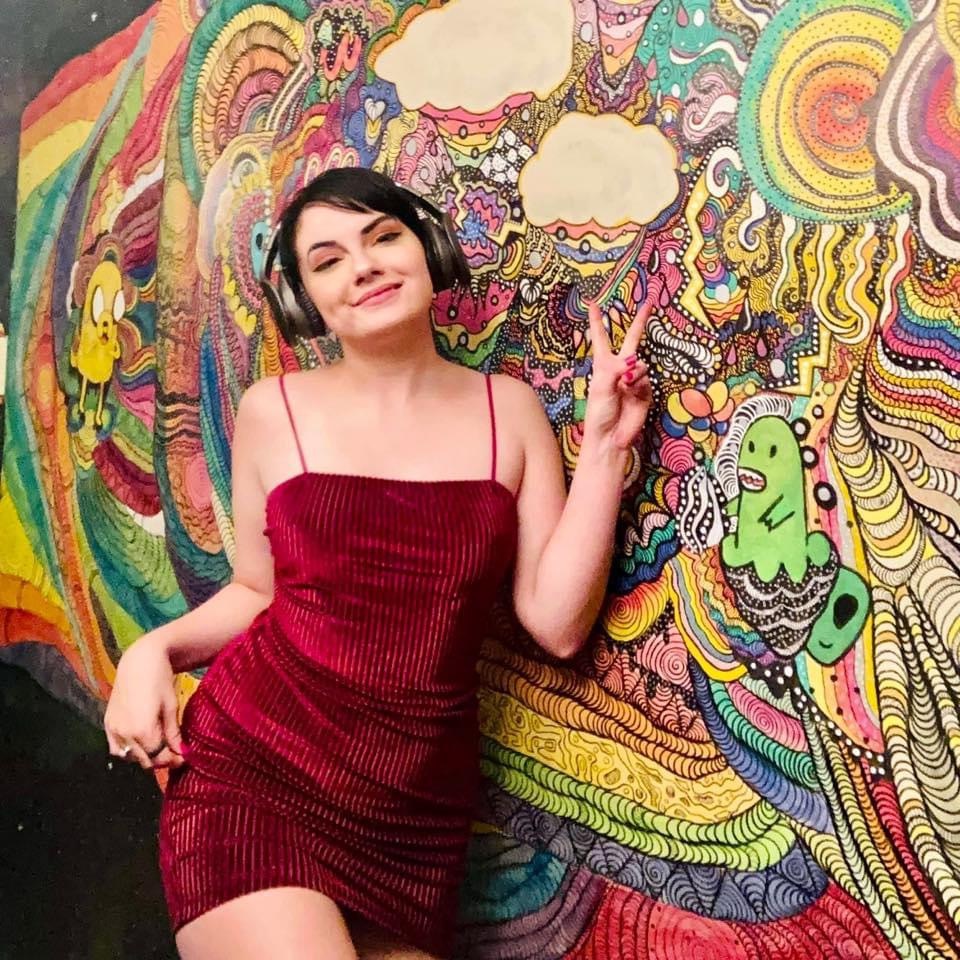 Some lauded her work, drawing comparisons to Willy Wonka’s Chocolate Factory, but others fear Charli will never be able to sell her house in the future.

The couple had always intended to do up the house and shake off the “boring” neutral colour scheme for a bolder look.

Since the start of the Covid-19 pandemic lockdown, Charli made a start on decorating their game room and main bathroom. 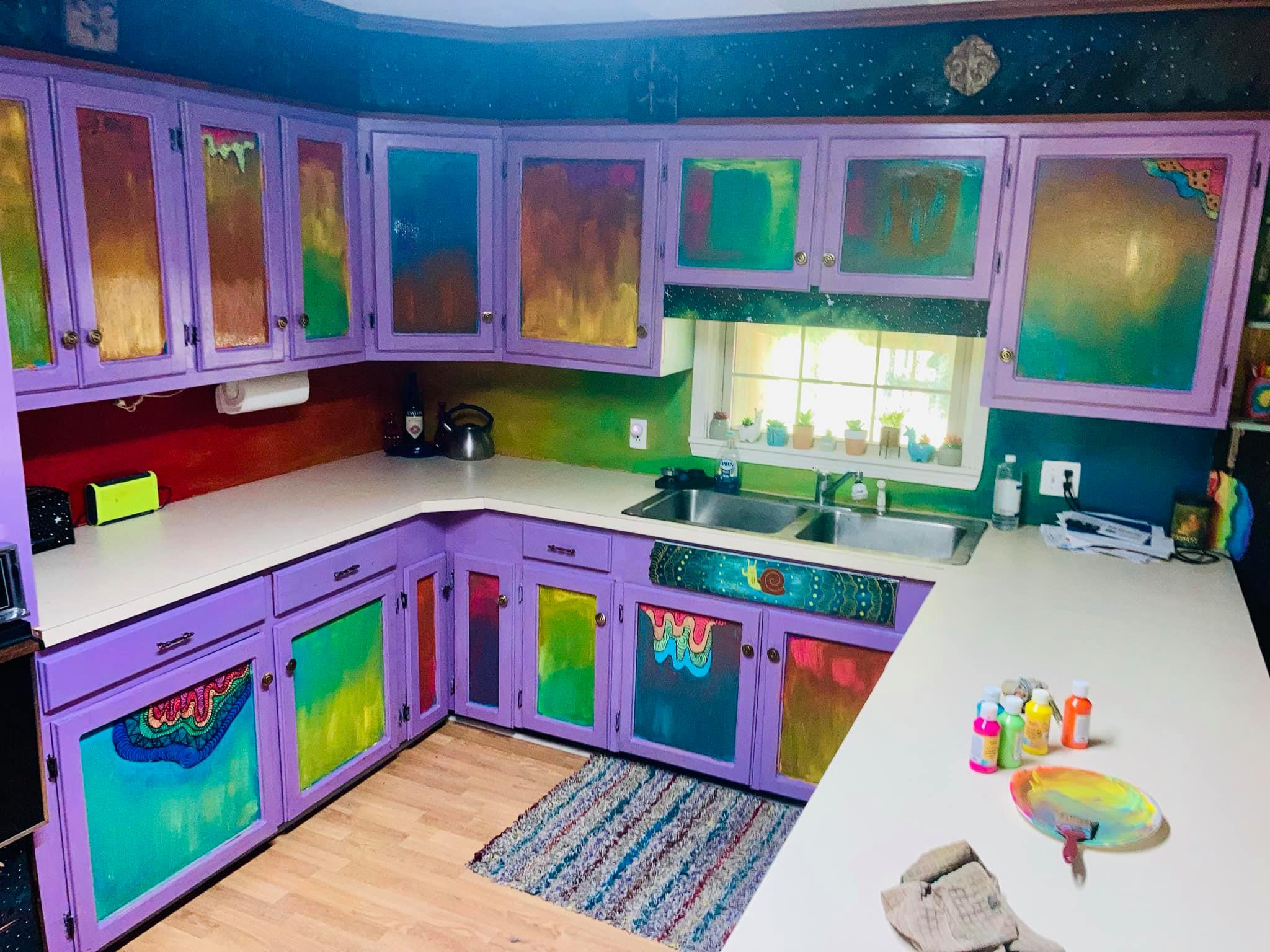 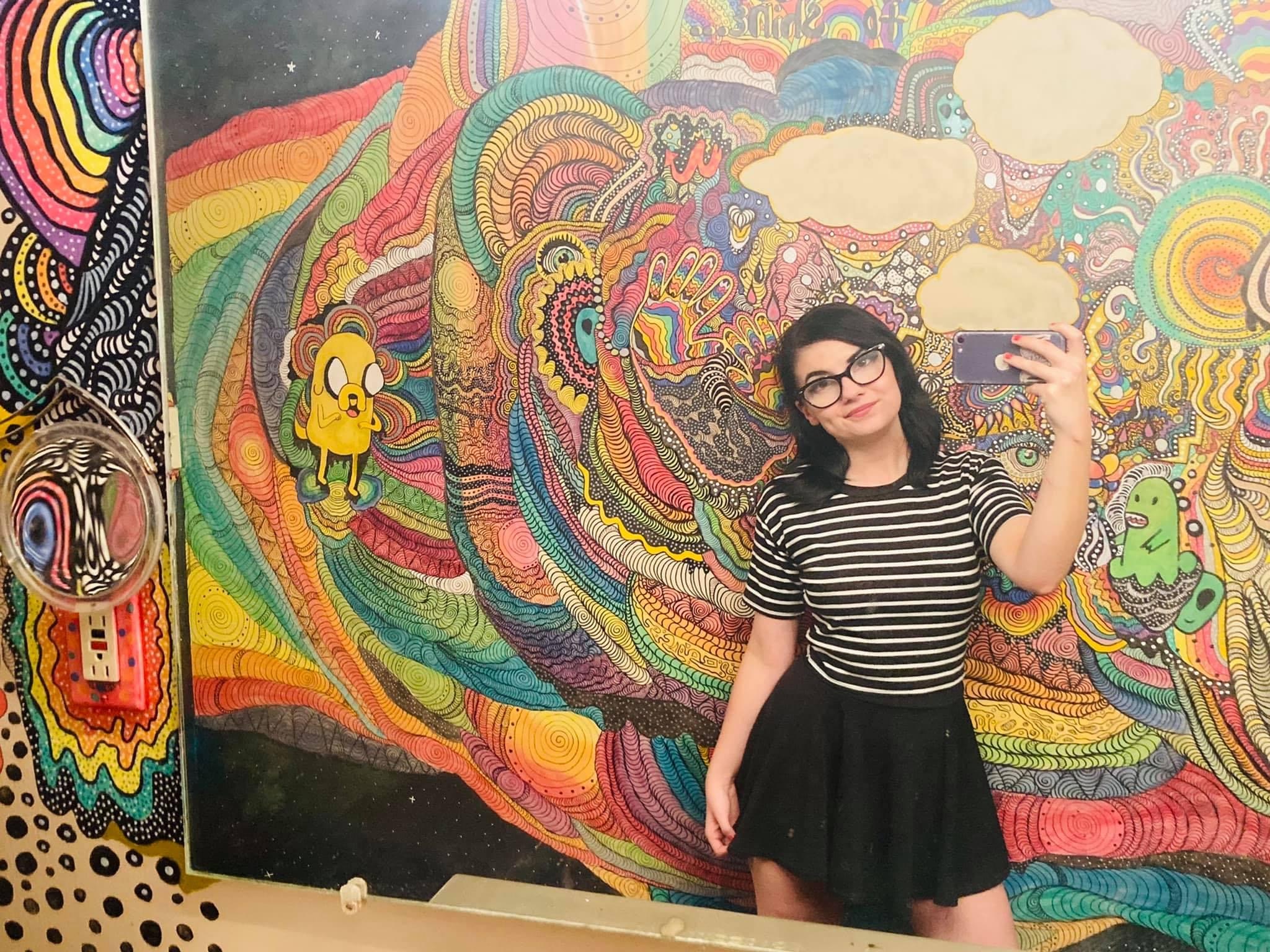 More recently, Charli has turned her hand to the kitchen by giving it the ultimate psychedelic makeover in just five months.

The neutral walls have been transformed with bright purple shelving units, as well as rainbow-coloured drawings to jazz them up.

Charli decided to decorate the upper half of the kitchen with a mystical galaxy design.

She shared the final results on Facebook last month, where it left social media users divided. 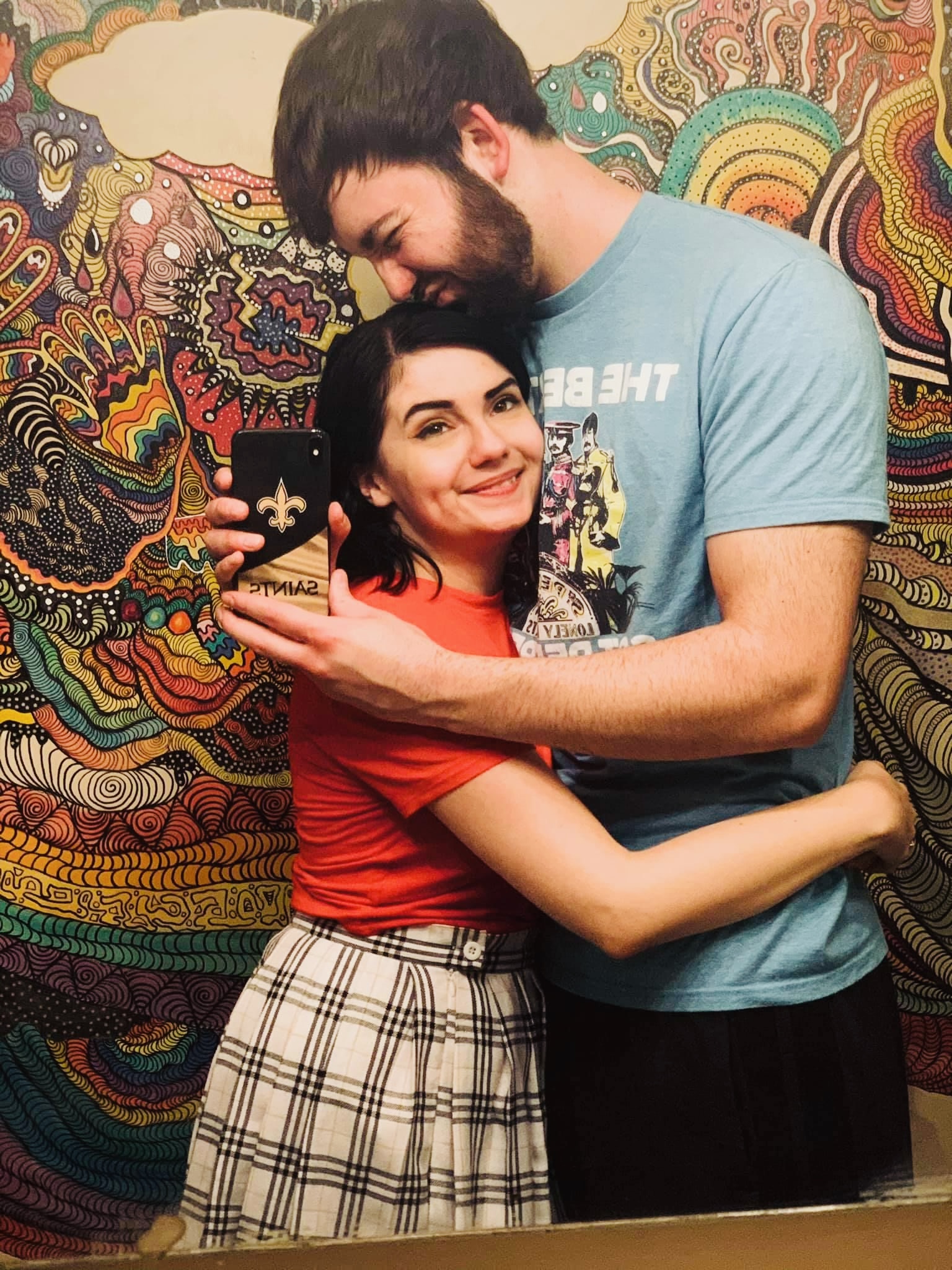 One person wrote: “That kitchen would wake me up in the morning.”

Another said they thought that the decoration was “festive and fun”.

One user wrote: “Dude I think Willy Wonka when I see this. I love it!”

But not everyone was totally convinced by Charli’s outlandish makeover, pointing out that the couple could find it difficult to sell the property in the future. 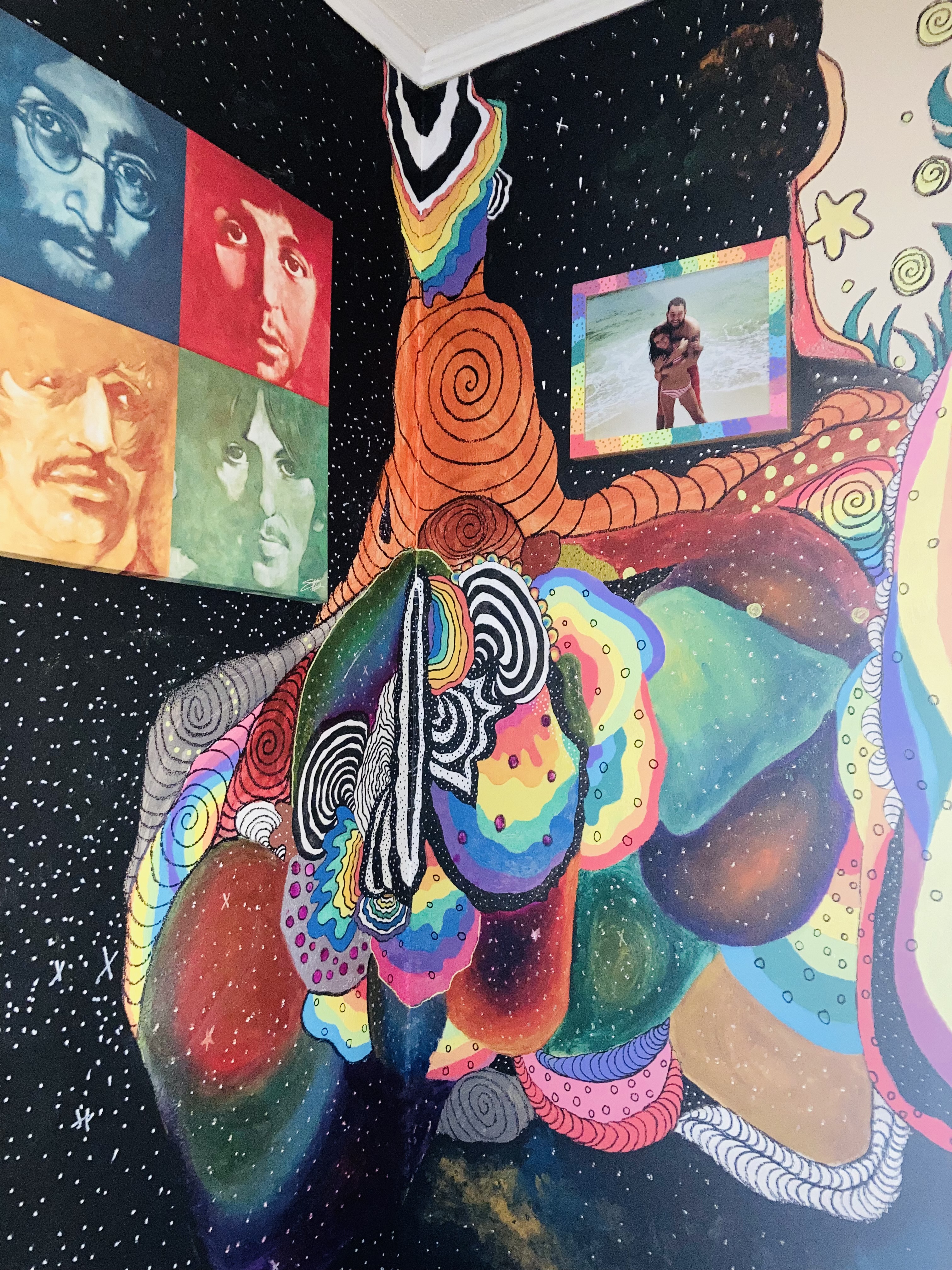 Some people said they thought the bright colours were too harsh to look at.

But Charli stood her ground.

She said: “"I was just very bored with how the kitchen used to look, it was old and had this ugly wallpaper trim border and it was just so boring, it was far too neutral for me.”

The artist said the reason for the psychedelic theme was to make her home a happier place for her to live in.

Charli used acrylic paint and a sealer, meaning that the whole transformation cost her just $50 (£35). 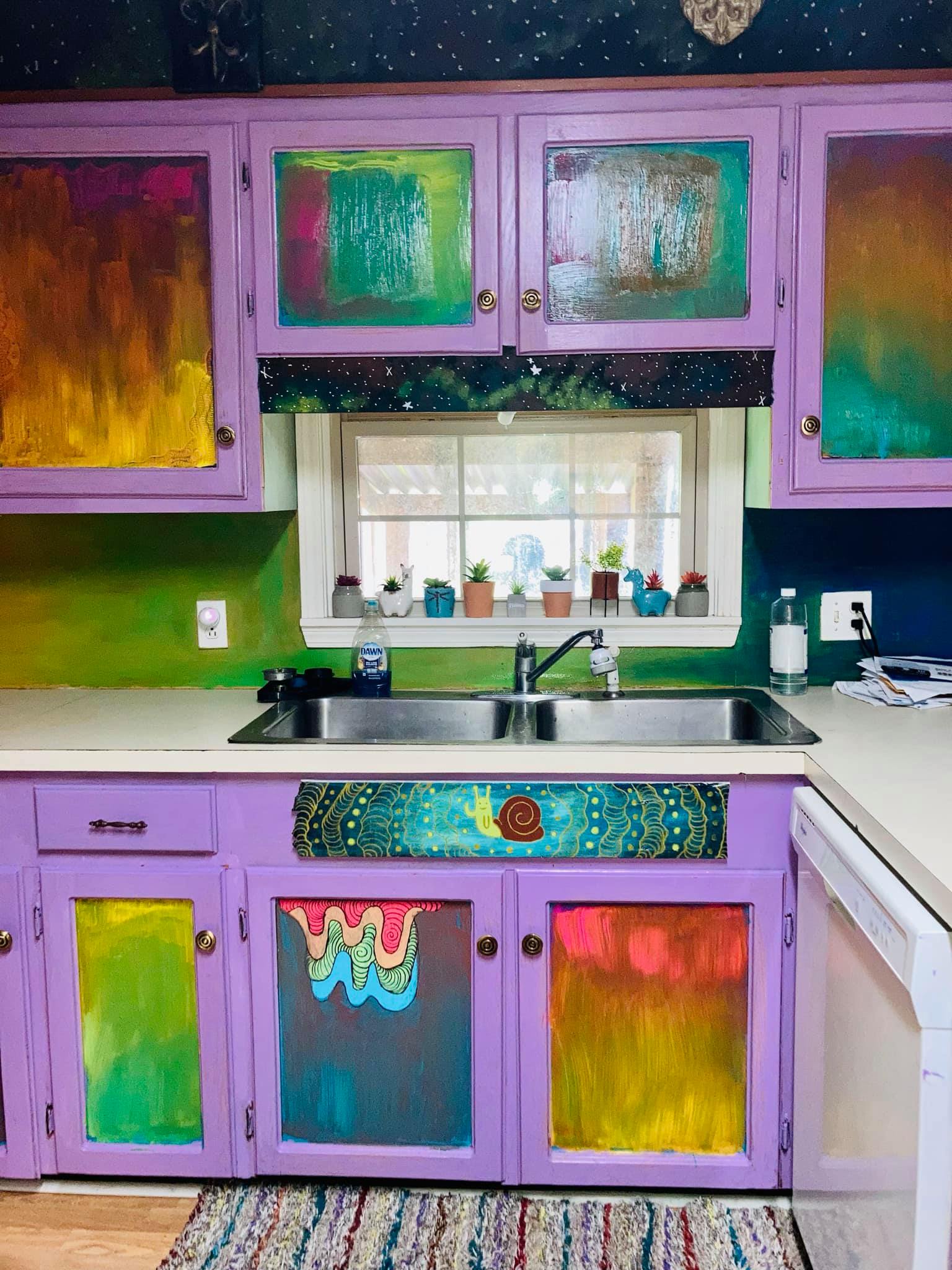 Despite a few negative comments, Charli said she has been overwhelmed with the response to her kitchen.

She said: “I never would’ve dreamed that so many strangers would have seen my kitchen before.

"But it won’t be the last of my house that they see, I can promise that!”

However, this is just the start of Charli’s home transformation journey and plans to decorate all of the other rooms in her house with vibrant colours and patterns too.

Mum turns ‘worst house on the street’ into modern pad with DIY & adds £153k to the value.