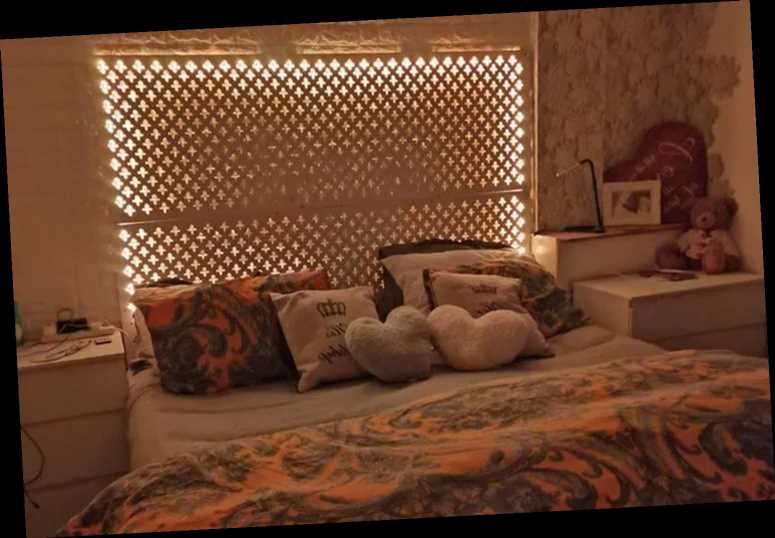 A WOMAN has revealed how her husband made her a light-up bed using cheap radiator boards, three pieces of wood and LED lights.

Sheri Nicola Scott, 52, from South Stifford, in Essex, said she asked her partner Sean Donnelly, 52, to make her a fancy headboard and he came up with the clever hack. 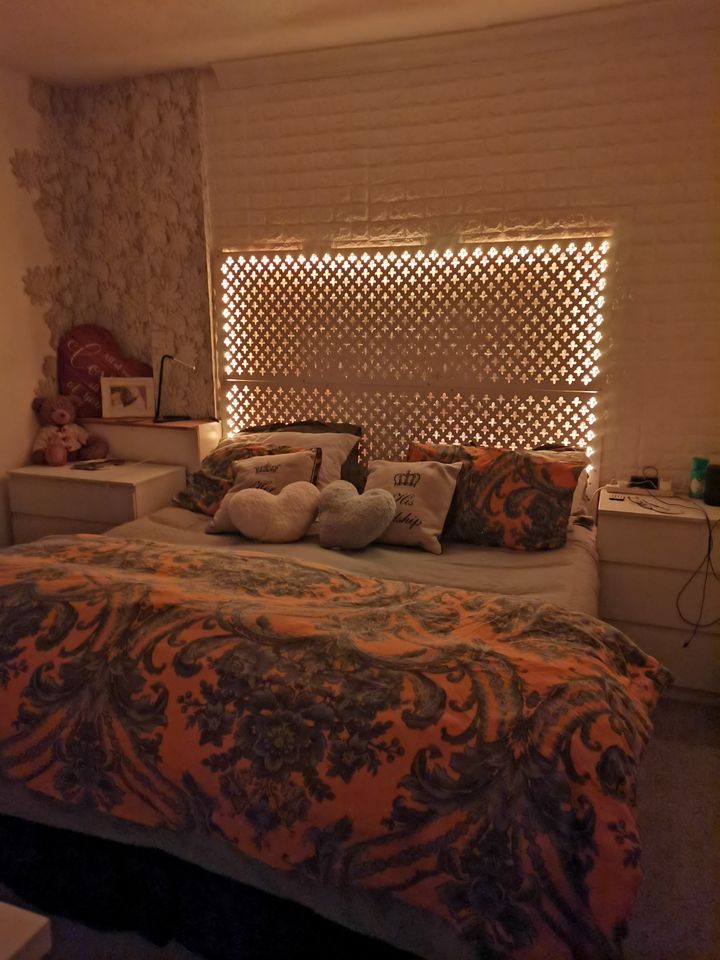 Sheri, who has worked in a local sandwich shop for nine years, said she desperately wanted a rustic look in her new bedroom after the couple moved into their home together last Christmas.

Sean, who works as an electrician, has been working his way around the house – completing DIY jobs and giving the property the TLC it required.

Sheri shared her husband’s genius headboard hack on Facebook, writing: "Asked hubby for a headboard and this is what he made me..

"Thank you all so much…we are aiming to paint it but not sure what colour yet. 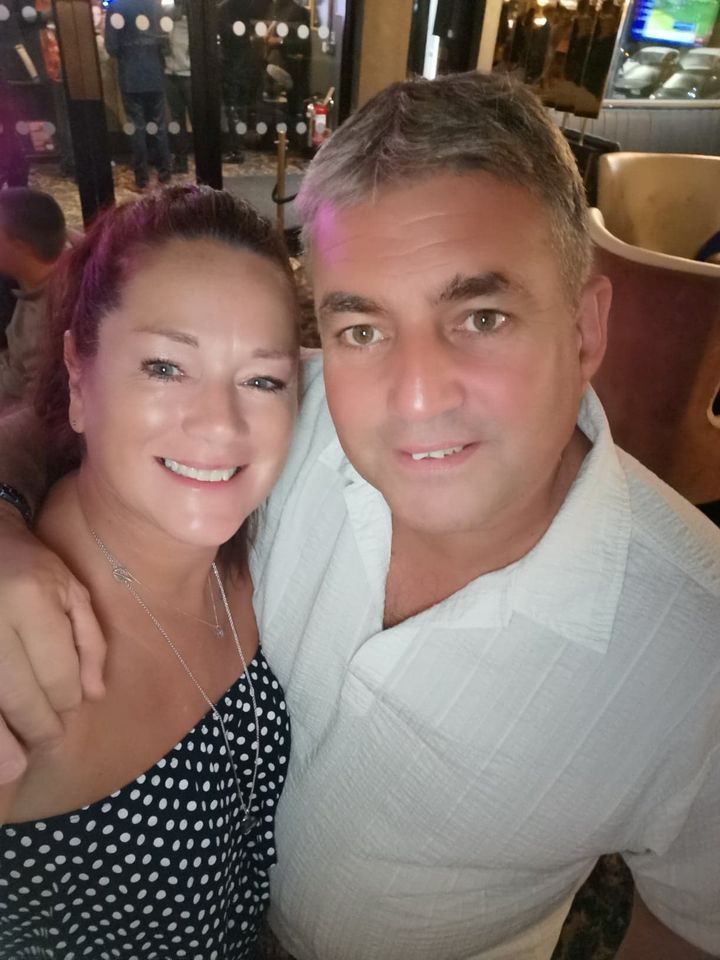 "It was made on a budget so it was the longest radiator mdf decorative sheet x2, as we have a super king bed.

"Some wood to attach it too but to also give a gap between the headboard and wall.

"We then attached led strip light around the edge, inside. Put on cover, all done!"

Sheri, who has been with her partner for three years and is planning to officially tie the knot in 2021, said she usually suggests DIY ideas and Sean makes them happen.

Sheri came up with the idea to create a light-up headboard using radiator boards after the couple walked around B&Q looking for weathered wood for their dining room.

She spotted the radiator sheets and knew they could be used in the bedroom for something more inventive. 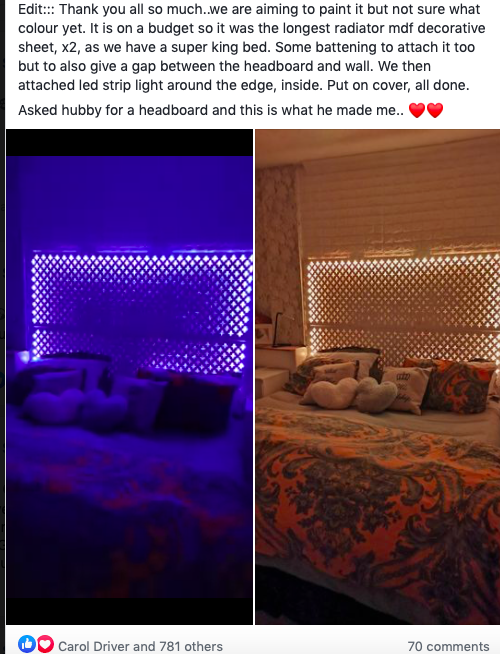 She said: "We had got most of the bedroom done before we actually moved in.

"It was only when we went to B&Q to find some weathered wood to make some rustic shelves for the office and dining room that I saw the MDF panels and thought that would work.

"I usually suggest ideas to Sean and he makes it happen!"

The couple purchased the two panels at £28 each from B&Q as well as picking up a few pieces of slim wood for battening at £3 each.

They also had Amazon-style LED strip lights at home after using them in the kitchen and around the back of their TV unit.

Sheri and Sean have a great love story after Sean tried to ask Sheri to be his girlfriend at a VE Day street party a few years ago – but Sheri was still married to her previous partner.

However fast forward four years and Sheri instantly noticed Sean when he walked into the sandwich shop she works at. 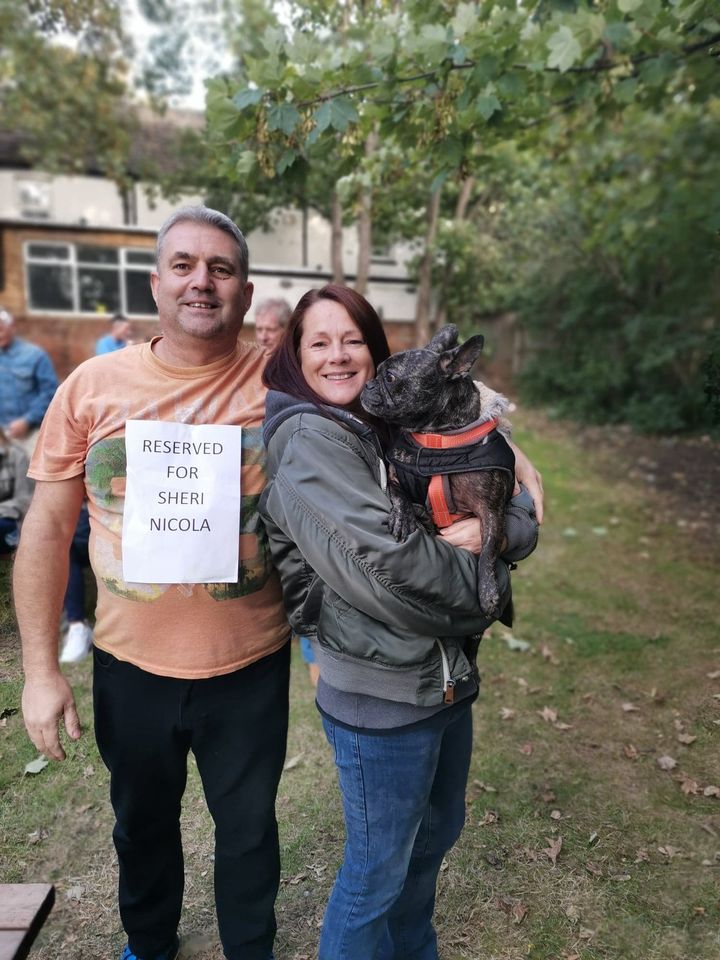 The couple have been together ever since and are planning their 2021 wedding; they also moved into their home together last Christmas and have been doing a lot of DIY themselves.

Sheri said: "We are gradually going round and doing what we can in the house.

"Our bed is a super king and I wanted the headboard to drop down behind the bed.

"Sean measured and attached the wood (just smaller than the panels), then he attached the lights to face the inside and secured the MDF over the top.

"It only took about half a day and a large glass of wine to complete but we’re both so happy with it now!"

The panels are still white at the moment but the couple are thinking of painting them in a dark grey shade.

The couple joined a DIY Facebook group to spark their inspiration while they work around their home.

They also put a white brick effect on one of the walls in their bedroom and they used a 3D white and grey flower wallpaper to complete the makeover. 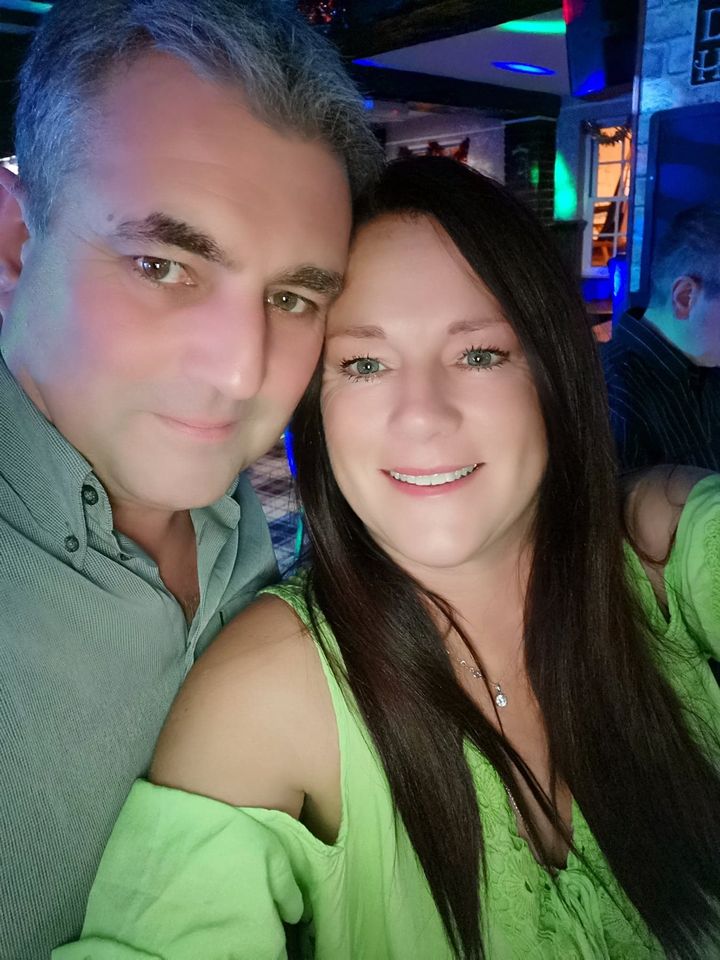 Sheri said: "We joined a group on Facebook to get other ideas and we decided to post our headboard hack on there.

"Last time I looked there were nearly 1,000 likes on it and some really nice comments. We are quite chuffed with ourselves!"

Facebook users rushed to the comment section to praise Sheri and Sean for their clever bedroom headboard hack.

While another shared: ‘Looks amazing! How did he do it? I want one!’

Elsewhere, Fabulous rounded up some of the best home transformations for under £30.

And a woman transformed a tiny hallway cupboard into chic office for a FIVER.