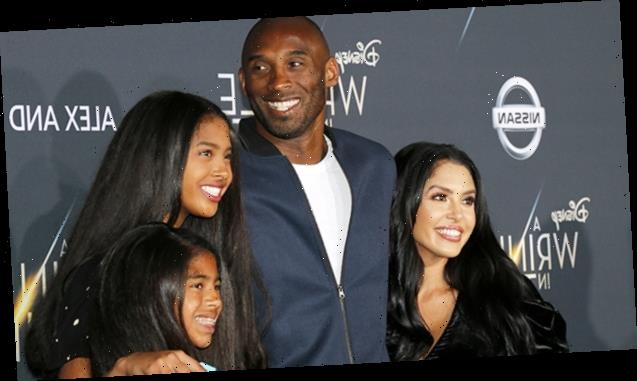 Since Kobe Bryant’s tragic death on Jan. 26, celebs have been showing their pride in being #GirlDads over all forms of social media. Here, we take a look at some of the proudest Girl Dads.

Throughout his life, Kobe Bryant was an incredibly proud #GirlDad. The basketball icon was the father of four daughters he shared with widow Vanessa Bryant — Natalia, 17, Bianka, 3, Capri 8 mos., and Gianna, who tragically passed with Kobe at the age of 13. Following the horrible accident that claimed Kobe, Gianna, and the lives of seven civilians on Jan. 26, ESPN’s Elle Duncan gave a nuanced tribute to the basketball titan. “I met Kobe one time, backstage at an event for ESPN in New York,” the sportscaster shared during the Jan. 27 episode of SportsCenter. “And I saw him, and I thought, ‘Oh my gosh. That’s Kobe. I gotta get a picture for the ‘Gram. … I didn’t get it for a few minutes, because, as I approached him, he immediately commented on my rather large eight-month pregnant belly. ‘How are you? How close are you? What are you having?’ ‘A girl,’ I said, and he then high-fived me. ‘Girls are the best.’” Since his death, so many celebrity dads have shown how absolutely proud they are to be the fathers of daughters. Now, we’re looking back at some of the best.

One Girl Dad who could not be happier to be the father of a daughter is tennis living legend Serena Williams‘s husband, Alexis Ohanian. The Reddit founder and Grand Slam champion welcomed their little girl, Alexis Olympia Ohanian Jr., in September 2017 and Alexis has been positively smitten with her ever since. On more than one occasion, Alexis was seen in the stands at a number of Serena’s matches, cheering her on to the next round. But every once in a while, he was joined by a special guest — his daughter. Alexis has been a champion of paid family leave since Olympia’s birth, and showed just how important it is when bonding with her on Feb. 26. Alexis captured precocious little Olympia painting her father’s nails, and he played along with absolute ease. It was such a sweet moment between the two, but this pair isn’t the only father-daughter duo to make hearts swoon.

Tim McGraw is known worldwide as one of Country’s biggest, brightest stars. But beyond the music is the true pride of his life: his three daughters. Tim shares daughters Gracie, 22, Maggie, 21, and Audrey, 17, with his wife of over 20 years, Faith Hill. Following Kobe’s death, the “Humble and Kind” singer shared the sweetest message with his fans about how proud he is to be a Girl Dad. In the Feb. 24 Instagram post, Tim shared two photos. One was a throwback of his three girls from when they were little, with the other showing just how much they had grown. The simple caption Tim used on the image was “#girldad.” And while the hashtag was a simple gesture, it spoke volumes to his followers.

Of course, there’s one public figure who — for eight years — balanced being the leader of a nation and the proud father of two daughters. Former President Barack Obama never shied away from discussing his overwhelming pride as the father of Malia, 21, and Sasha Obama, 18. Whether he was making dad jokes in front of his daughters during the annual White House turkey pardoning near Thanksgiving, or serenading his eldest on her birthday, President Obama was always so proud of the young women his daughters were growing up to be.

Of course, there are so many more amazing Girl Dads out there — and they’re not all famous. But to take a look at more celeb girl dads, click through the gallery above!