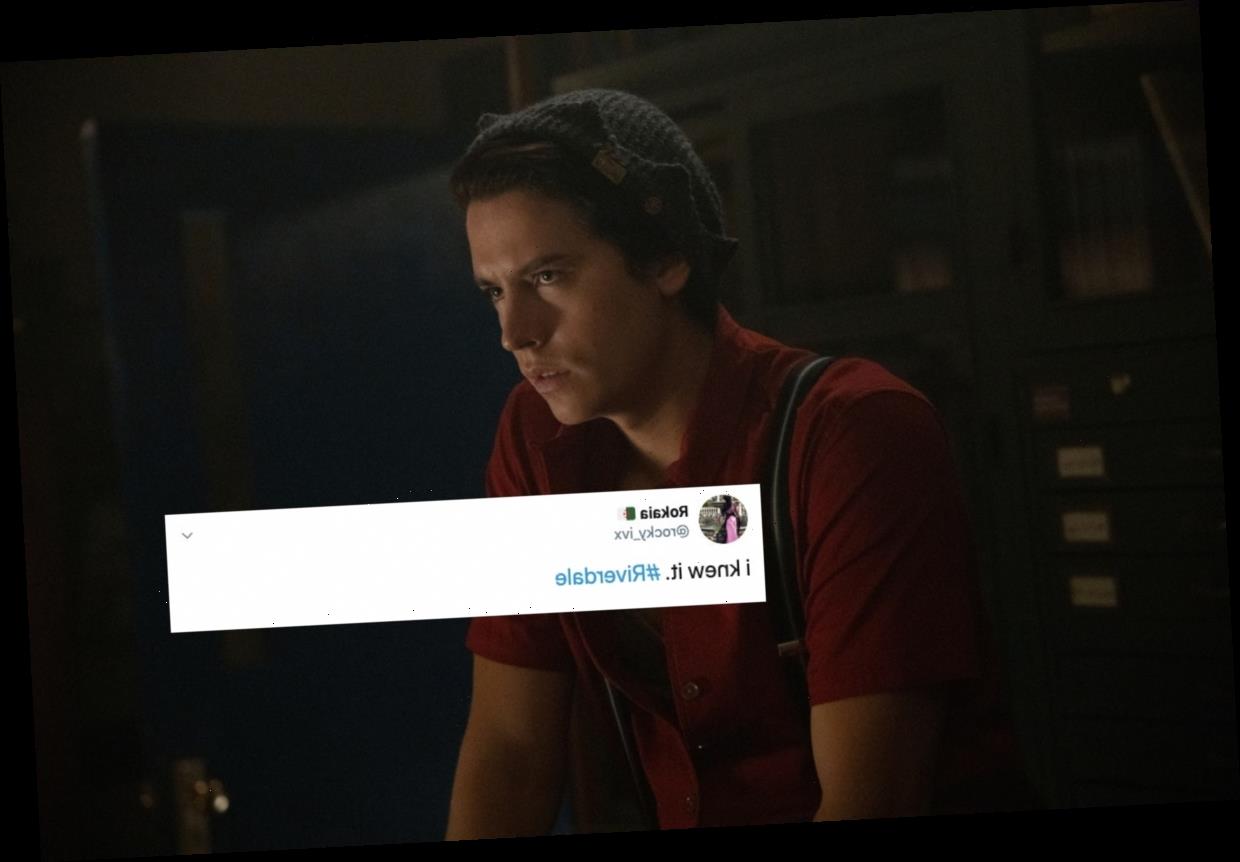 Do you hear that? That’s the jumbled sound of Riverdale fans screaming "I knew it" and breathing sighs of relief at the same time. After months of being told the beloved weirdo of the Core Four was going to die, and then a couple weeks of being told he was actually dead, fans learned the truth in Riverdale Season 4, Episode 15. Despite everyone claiming they knew what was going to happen all along, all the tweets about Jughead being alive show Riverdale fans may have been more worried than they wanted to let on.

The March 4 episode showed the aftermath of Jughead’s death, including his funeral. But even as the characters were mourning the loss of their friend, it really seemed like they were just going through the motions, especially when fans saw Archie and Betty hooking up, which seemed totally off-brand for both of them, considering their best friend and boyfriend (respectively) has just died. Things got even more sus when it was clear Donna believed Jughead was alive, and the other characters seemed to be working hard to convince her otherwise.

All of this came to a head after Donna "caught" Betty and Archie getting it on in a secret bunker. But only after that reveal did the show drop the real bomb, when a very-much-alive Jughead was show talking to Betty.

"Well, pretending to be dead is one thing, but hiding under a cot in this sex bunker of death while you make out with Archie just to convince a bunch of evil preppies that I did die…" he said with a smile, quickly giving a rundown to viewers as they screamed at their TVs (just me?).

It’s unclear exactly why Jughead and his pals had to go to such great lengths to fake his death, but what is clear is how happy fans are to see his not-dead face again… even if the majority of audiences claim they knew he was alive this whole time.

Riverdale continues at 8 p.m. on Wednesdays on The CW.