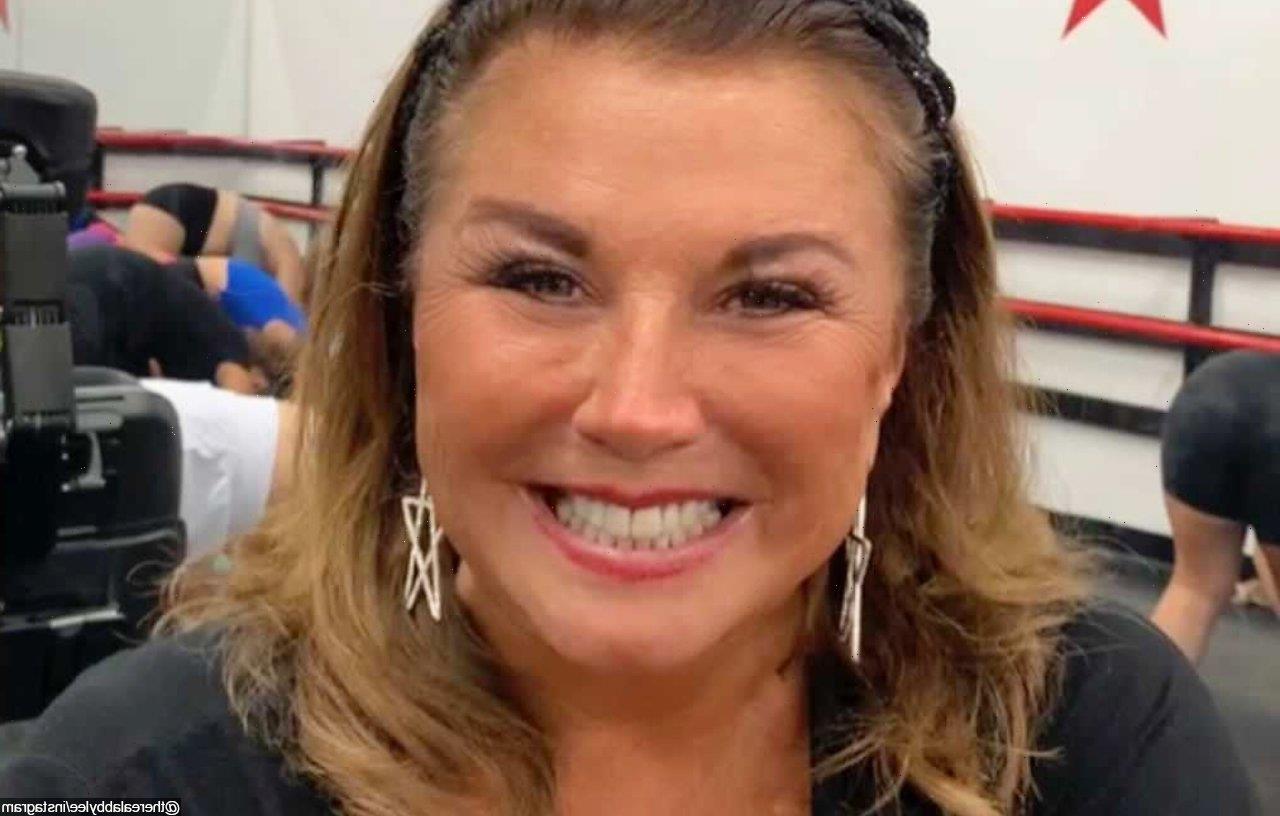 The former ‘Dance Moms’ star, who has been confined to a motorized wheelchair since 2018, is seen chatting with some beachgoers during her outing in Santa Monica, California.

AceShowbiz –Abby Lee Miller had fun soaking up the California sun. The former “Dance Moms” star, who has been in recovery from her back surgery, was photographed enjoying a beach trip in her wheelchair on Tuesday, September 1.

The 55-year-old appeared to be in relatively good spirits while talking to some beachgoers, including two women and one shirtless gymnast. At one point, the choreographer leaned back in her chair as the man did an incredible flip right over her.

Abby, who has been confined to a motorized wheelchair since 2018, looked comfortable in a black and neon green T-shirt from her Abby Lee Dance Company, black sweatpants and aqua Nike sneakers. She paired her look with a green headband that matched the logo on her top.

The Santa Monica outing came nearly one year after Abby underwent her latest spinal surgery. Following the procedure, she opened up about how she wanted to regain her mobility. “I want to have more independence. I want to live my life. I want to be able to jump in the shower anytime I want, anytime I feel like it. That’s a huge goal,” she told Extra in November 2020.

“People see me sitting in the chair, and I’m in makeup and hair and, ‘Oh, she’s doing great.’ They don’t really see what goes on behind closed doors,” the TV personality added. “It’s rough. Very rough.”

Abby also lamented her immobility in an interview with Entertainment Tonight earlier this year. “This is weird but there are days that I wish that I would’ve died,” she admitted. “I know there’s people out there fighting every day for their lives, yes, but it’s been rough. It’s not easy to live in a wheelchair. It’s not easy, especially in California. It’s very difficult to be handicapped… that’s why I need to walk.”

Abby had her first injury in April 2018 after doctors found a mass infection putting pressure on her spine. After the operation, she was diagnosed with Burkitt lymphoma, a rare form of cancer. Fortunately, the cancer went into remission.