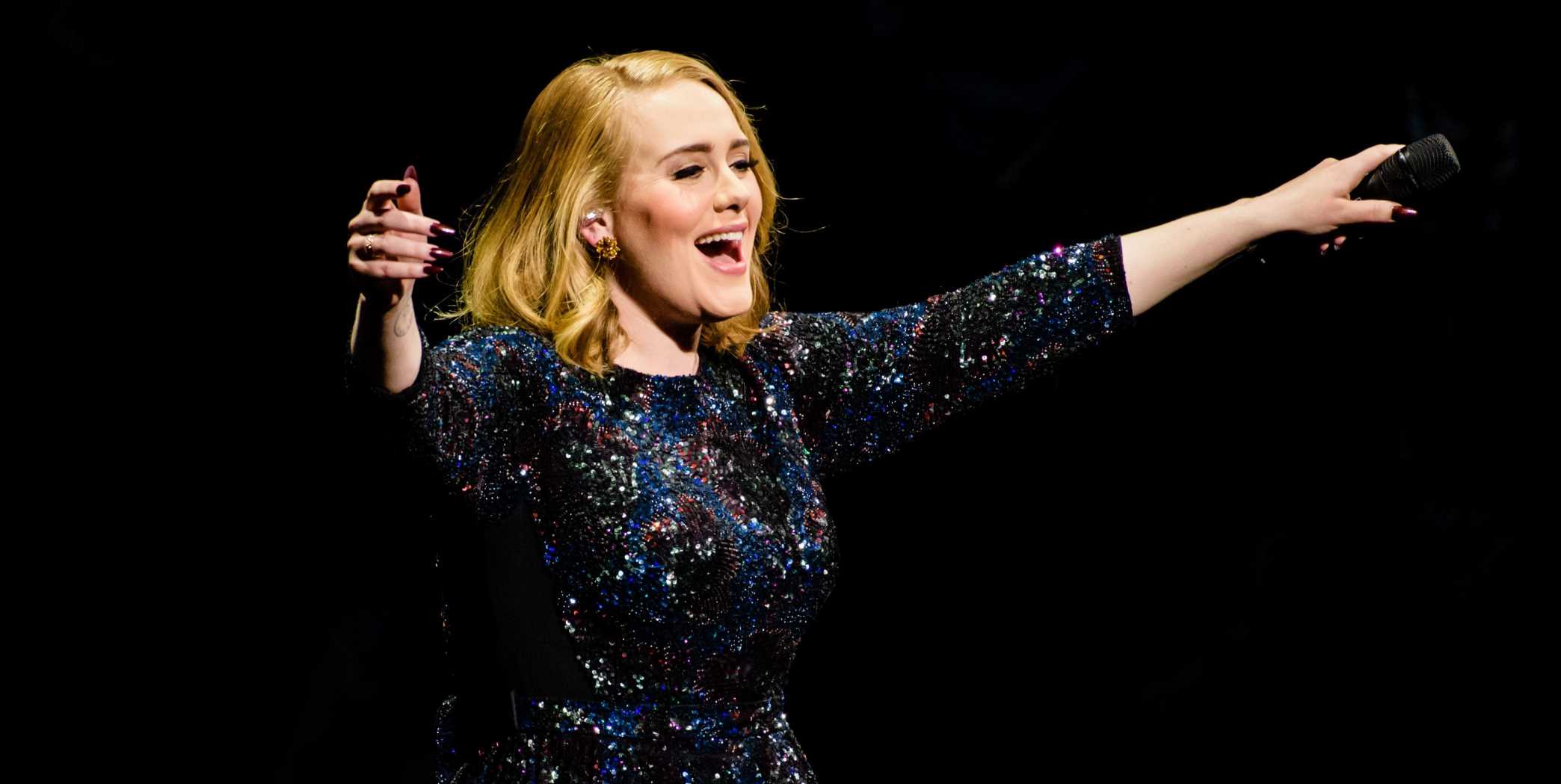 On Saturday, Adele hopped on Instagram Live to chat with fans, and ended up sharing a snippet of “Easy On Me” from her upcoming album. Before playing it, Adele said that it might “get her in trouble,” and just after she cut the music her phone started blowing up. She called it!

The clip was worth it to fans though and Adele sounds amazing.

“There ain’t no good in this river that I’ve been washing my hands in forever / And there is hope in these waters, but I can’t bring myself to swim when I am drowning,” she sings.

.@ADELE just snippet a little of #EasyOnMe on her Instagram live. pic.twitter.com/KVOJKDcYvg

“Oop me phones already buzzing, I’m gonna get in trouble”

Adele after playing a snippet of ‘Easy On Me’ on her Instagram Live. 09/10/21 pic.twitter.com/RxgfX0sDLL

A fan asked her what the new album is about, and Adele replied, “Divorce, babe. Divorce!”

Adele is recently divorced from ex Simon Konecki and seems to be happily dating sports agent Rich Paul. Since most of her albums famously deal with love and heartbreak, this new one should be a doozy.

During her stream, Adele answered question about the #FreeBritney movement and the end of Britney Spears’ father being head of her conservatorship.

“Of course I support #FreeBritney,” Adele declared from her home in L.A. “I love Britney. I met her a couple of times…I absolutely adore her. [I’m] really happy for her.”

Adele just answered my question about Britney Spears and the #FreeBritney movement 🤍 pic.twitter.com/hFGCO2oAXs

For the most part, Adele had nothing but nice things to say about everyone, responding to questions about Taylor Swift, Doja Cat and Harry Styles.

“I love Taylor Swift, I love Doja Cat as well,” she raved, before adding Lana Del Rey to the list as well. About Styles, she said, “Yes I do know Harry. He’s lovely, he’s a very, very sweet boy.”

“Easy On Me” is supposed to be released in full on October 15, though the official title of the album has not yet been announced. Fans expect Adele with be calling it “30” to stay in line with her tradition of naming albums after her age, though she is currently 33.