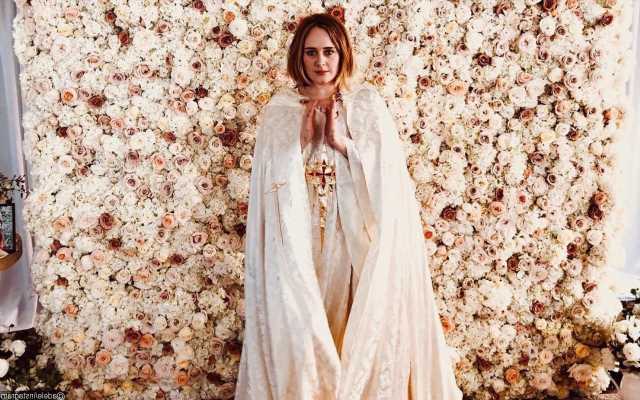 Speaking to comedian Alan Carr on ‘An Audience with Adele’, the ‘Hello’ singer jokes that most of her exes aren’t very good at the simplest of ‘normal daily’ life tasks.

AceShowbiz –Adele took a swipe at her exes during her U.K. TV special.

The “Hello” singer was asked by her close pal, comedian Alan Carr, on ITV’s “An Audience with Adele”, “Famously you write songs about your exes. If your exes wrote a song about you, what would it be called, and what would it sound like?” And she quipped back, “Probably called ‘No One Like You’, I would imagine.”

The star – who has nine-year-old son Angelo with ex-husband Simon Konecki – then joked that “most of them” wouldn’t have the talent to pen a song because they aren’t very good at the simplest of “normal daily” life tasks.

She laughed, “I can’t imagine any of them would really be able to do it, because most of them, like, couldn’t even do a normal daily task. Most of them. Not all of them. So I don’t think they’d get away with it.”

Adele’s latest LP, “30”, details her heartbreaking split from Simon, and the Grammy-winner – who is now dating sports agent Rich Paul – recently spilled that she had a secret romance before meeting her latest partner.

She shared, “I wasn’t dating anyone. There was someone that I have loved – not been in love with, but been so fond of, and have been for years – but I was unable to pretend that I wasn’t in my own storm. I couldn’t give myself properly. I couldn’t be consistent, and neither could he.”

“It wasn’t right, leaving a marriage and then dating a year after. Even if you feel ready, it’s a gaping, open wound whether you leave or you’re left. So it was more that this person was asking for me to throw myself into it. And I couldn’t because I was still recovering from the breakdown of my marriage.”

Adele explained that she came to associate the mystery male with the collapse of her marriage. She added, “I associate him with the breakdown of my marriage. So, therefore, he is part of the storm. And I was just, you know, really honest with him about it, thank God. Otherwise, I could’ve found myself in a situation being in a relationship I didn’t want to be in after coming out of one.”