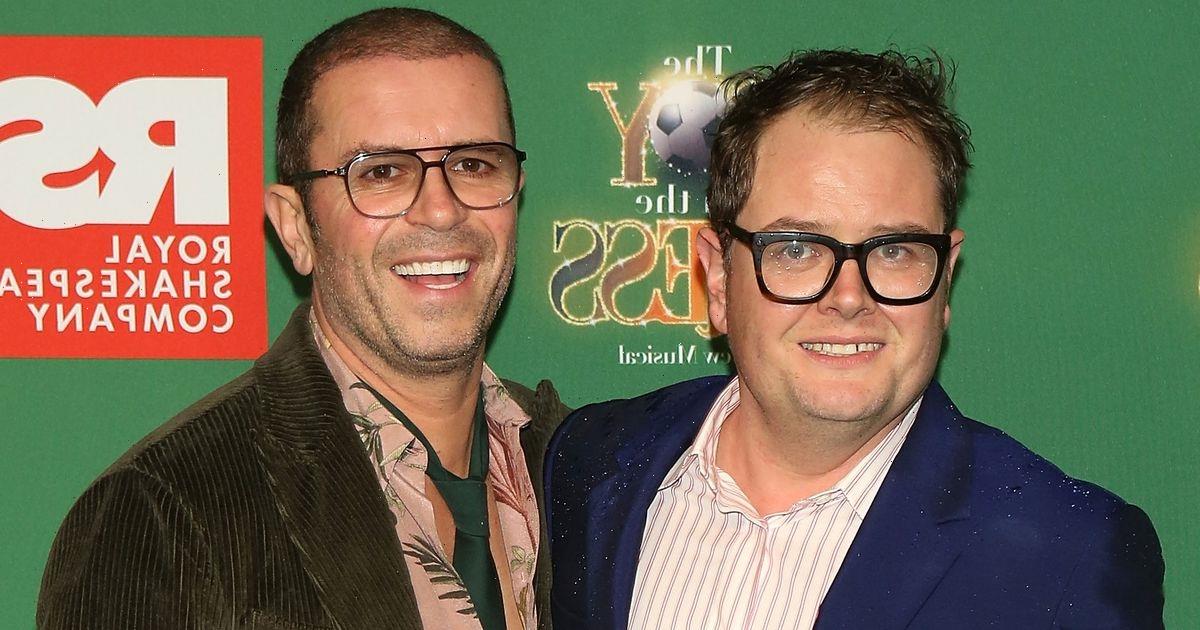 Alan Carr poked fun at his ex husband about his prison stint whilst performing at his Regional Trinket Tour.

He said that his ex husband called him and had moaned about the ‘itchy blankets, thin pillow and the holes in the walls’ whilst he was in prison.

Alan and his husband Paul Drayton, 50, split earlier this year after fourteen years together.

Speaking to the sold out Royal and Derngate Theatre, Alan said: "A lot has happened. I got married… You don’t read the bloody newspapers it’s gone to sh*t. I've got divorced.

"It’s gone to sh*t. He was an alcoholic. He ended up in prison." As the audience let out an audible wince, Alan teased: "I know you’re shocked ain't you. F*****g prison."

The Chatty Man host went on to joke his ex didn't think much of the facilities behind bars.

Alan teased: "He rang me up complaining; ‘there’s a hole in the wall. The blanket's itchy. The pillow is thin'. I said 'it’s a prison sentence not an episode of Four In A Bed'".

Appearing to take a more serious tone, the star added he "was worried" about Paul spending time inside before smirking: "Because he has got a type.

"He loves chubby people with glasses. He does. He fancies them. I was worried about him s**gging Rose West!"

Paul was sentenced earlier this year after driving his car while four times over the legal drink-drive limit last year.

After a stint in Prison Paul won an appeal which meant he was released early after being sentenced to 14 weeks behind bars. Shortly after he took to Instagram to break his silence and take “full accountability” for his actions.

Drayton said on Instagram: “As you can imagine, this has been an exceptionally challenging time, but I am so grateful for the support and care I’ve received.

“I take full accountability for my actions, but I am so thankful for the opportunity to truly get better and to start my new chapter with strength and determination.’

“Thank you for all of the support, love and kindness you have shown me over the last few weeks.

“I am now going back to my rehabilitation centre to keep my journey and progress moving forward and will be stepping away from social media during this time.

“Thank you all again. The next chapter is going to be the brightest. Keep smiling lovelies.”

Appearing on Lorraine in April, Alan was asked about the split saying: "Oh me and Paul, 14 years-"

"That's a long time," Lorraine quipped while Alan joked: "Which in gay years, is 207 years!"

He continued: "I wrote the tour, and then our marriage broke down during Covid, because it was so stressful…

"We're still always going to be friends because we've been through so much together."

For all the latest showbiz stories, sign up for OK! 's daily newsletter here.