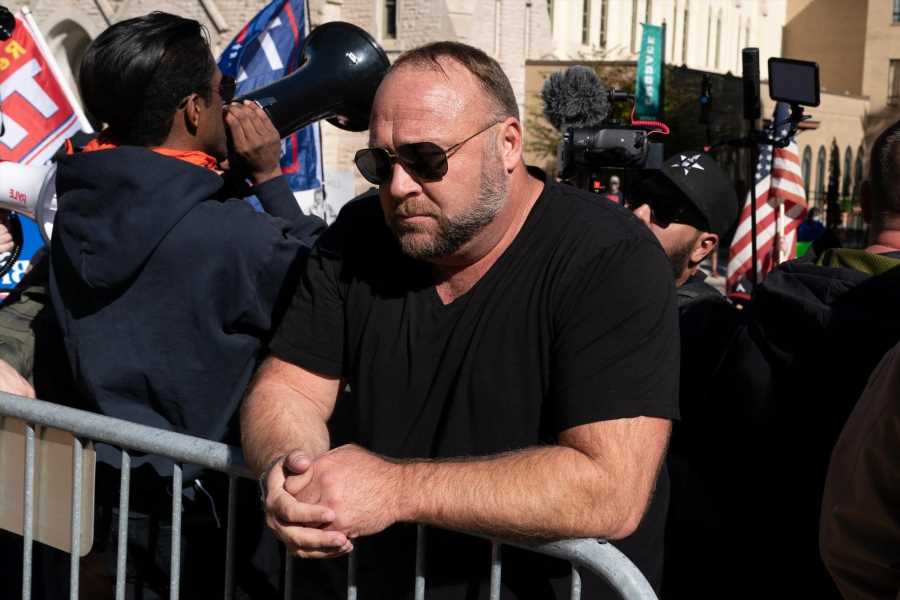 Alex Jones was found guilty by default in a defamation case filed by the families of eight people killed in the 2012 mass shooting at Sandy Hook Elementary School in Newtown, Connecticut, The New York Times reports.

The ruling came down Monday, Nov. 15, that Jones was guilty because he refused to turn over court-ordered documents as part of the legal discovery process. Jones is now zero-for-four in defamation suits filed against him by the parents of Sandy Hook victims, who have claimed Jones has profited off of the lies he’s spread about Sandy Hook victims and families (the other three cases took place in Texas).

“While the families are grateful for the Court’s ruling, they remain focused on uncovering the truth,” Chris Mattei, a lawyer for the families said. “As the Court noted, Alex Jones and his companies have deliberately concealed evidence of the relationship between what they publish and how they make money. Mr. Jones was given every opportunity to comply but, when he chose instead to withhold evidence for more than two years, the Court was left with no choice but to rule as it did today. While today’s ruling is a legal victory, the battle to shed light on how deeply Mr. Jones has harmed these families continues.”

A lawyer for Jones did not immediately return a request for comment.

Since the 2012 mass shooting, which left 20 children and six adults dead, Jones has repeatedly claimed the mass shooting was a “giant hoax” and “false flag” operation, and even claimed the families of victims were “crisis actors.” Jones was subsequently hit with a string of defamation suits, losing one in 2019 when he was ordered to pay tens of thousands in court costs and legal fees to the parents of Sandy Hook victims in separate suits.

At the end of September, Jones lost two additional cases in which he was being sued for damages. Just like in the Connecticut case that was decided today, Jones was blocking the legal discovery process by failing to provide requested documents and evidence, including transcripts and video of his remarks about Sandy Hook, as well as social media content and internal company emails.

Juries in both the Connecticut and Texas cases will now have to decide how much Jones will owe the families in damages, in addition to court costs. Those trials are scheduled to begin next year.