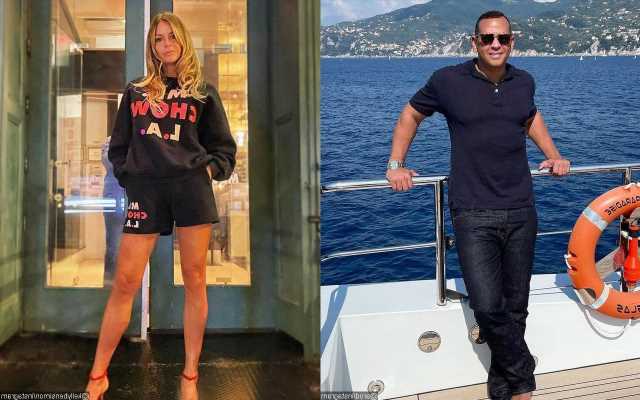 A representative of the ‘Real Housewives of New York City’ alum confirms that she and the former Yankee slugger ‘have been having a fun text relationship for the last couple of months.’

AceShowbiz –Alex Rodriguez and Kelly Bensimon have sparked dating speculations months after he split from Jennifer Lopez. If a new report is to be believed, the MLB legend and “The Real Housewives of New York City” alum have sent each other “cute and flirty” texts as he often asked her out.

Revealing the news was Page Six. “They have a cute and flirty text relationship,” a source told the outlet. “Alex has asked her out more than once although she has not gone on a date with him.”

A representative for Kelly also confirmed to the publication that the former Yankee slugger and the real estate broker have been in contact. “They’ve been having a fun text relationship for the last couple of months,” the rep stated. “She thinks he is charming and a gentleman… They have mutual friends and she has been talking to him about real estate.”

Alex’s representative, on the other hand, insisted that there’s nothing romantic going on between him and Kelly. “She reached out on a real estate opportunity and that is it. There are no flirty texts, there is nothing there. A lot of people reach out to him for business purposes,” the rep claimed.

The report came months after Alex and Jennifer called off their engagement. “We have realized we are better as friends and look forward to remaining so,” the exes said in a joint statement shared to the “Today” show back in April.

“We will continue to work together and support each other on our shared businesses and projects,” the former couple further pointed out. “We wish the best for each other and each other’s children.”

As for the “On the Floor” hitmaker, she is currently dating her then-fiance, Ben Affleck. The “Shotgun Wedding” actress made their romance Instagram official in mid-July during her birthday trip to Europe.