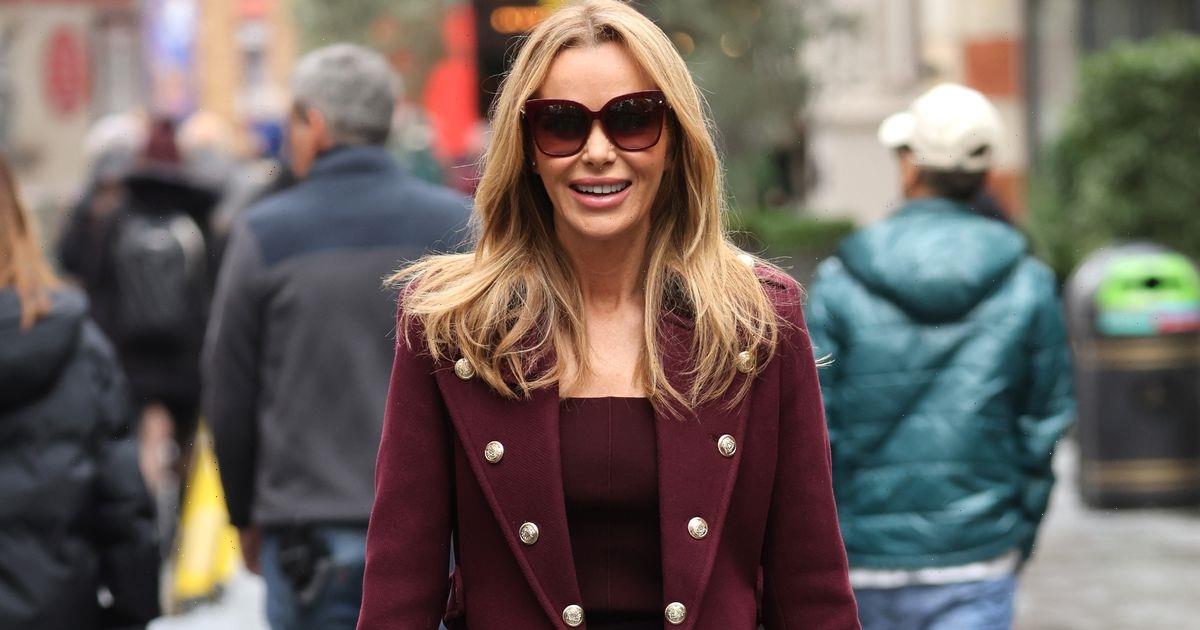 Amanda Holden has embraced the Christmas spirit and given her huge Surrey mansion a festive makeover ahead of the big day.

Taking to her Instagram, where the 51 year old boasts an impressive 1.8 million followers, Amanda posted a before and after clip of her front door which she transformed with the help of Early Hours Ltd.

Set to the classic Christmas tune of Andy Williams’ It’s The Most Wonderful Time of The Year, the clip showed that Amanda has transformed her front door with a mixture of red, gold and white baubles, intermixed with Christmas tree branches.

Amanda, who recently stepped out for a date night with her record producer husband, completed the festive look with two large wreaths on each of the double doors and two large nutcrackers placed on either side.

The Britain’s Got Talent star even treated fans to a glimpse of the scene at night, when a series of fairy lights come on to brighten up the display.

Amanda lives in her mansion with her rarely seen husband Chris Hughes and their two daughters, Alexa and Hollie.

Alexa Holden, known affectionately as Lexi, is just 16 but protective mum Amanda has already banned her from ever appearing on Love Island – so it looks like she won’t be following in the footsteps of other famous kids like Gemma Owen, the daughter of football legend Michael Owen, and Jack Keating, popstar Ronan Keating’s son.

Amanda, however, is no stranger to TV and recently opened up about the beauty and skincare routine she uses to get ready for the small screen.

The 51 year old says she hopes her rigorous anti-ageing regime will make her “look about 13” by the time the next season of Britain’s Got Talent starts in January 2023.

Amanda also revealed that she rarely heads to work without a full face of make-up on, despite the fact that her weekday breakfast show on Heart radio kicks off at just 6.30am.

Amanda said: “For me, looking good is a form of self-preservation. It’s a dignity that I have within me, regardless of the industry I’m in. Watching my own mum and my grandmother as working women, they were always cooking supper in lovely skirts with their blouses tucked in and their hair and make-up still on.

"This is basically now me. I don’t feel any pressure other than what I put on myself; I have a discipline and a way of life where I always want to look my best.”