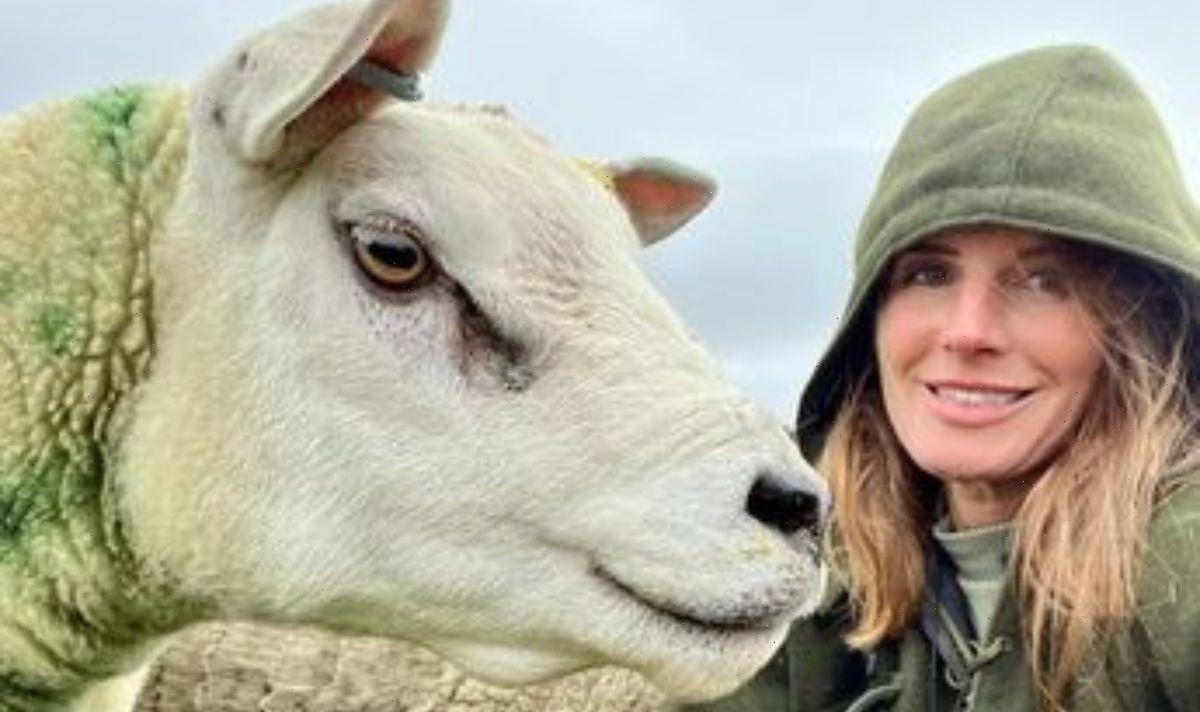 Our Yorkshire Farm star Amanda Owen admitted that life is a struggle as the mum of nine adjusts to life following her split from her husband Clive after 22 years of marriage. Her admission comes just days before her show debut – the solo series Farming Lives – will as she visits fellow farmers.

Amanda admitted her large family – with children aged between five and 21 – coped well without her as she filmed for extended periods elsewhere.

“Years of training means they’re fine!” she explained, adding: “The nature of what we do means there’s always something to be done.

“They can bake, cook, even tidy up – usually when I give them a warning that I’m coming back!”

Meanwhile, Amanda added during her interview with the Mirror that she has been forced to “adapt and change” over time in the aftermath of her split.

She explained that life is “not easy” and has its “challenges” but that she is moving forwards with her show Farming Lives.

It was announced back in November that Channel 5 would be dropping the family’s original show following the marriage split, and offering Clive a spin-off show with her eldest son Reuben, titled Beyond The Yorkshire Farm.

The programme sees Reuben embark on a major new step in life with his dad as the pair showcase their latest digging venture.

Meanwhile, Amanda has been offered her a show of her own, where viewers will get a chance to see her travel to other farms and speak to the locals about how they run their businesses.

Meanwhile, she seems confident that her family will “ride the storm” with her as she looks towards finding a new normal post-marriage.

She revealed that her eldest child, daughter Raven – who is a little less farm-orientated – is now away at university doing a Masters degree.

Amanda explained that she was loving her new found independence, adding that son Miles had now left school and was starting his career from home.

She previously admitted that her other children sometimes go to classes stinking of “silage”, but that this is the nature of life on a working farm.

As the youngsters continue to grow and develop, she says that she is not afraid to now embrace her glamorous side, in spite of the incongruent setting.

She told the Mirror: “I might be 6ft 2in and work on the farm, but I can wear heels, stick on false eyelashes and be totally happy talking to a bunch of hill farmers while I’m doing it!”

Fans have speculated on whether future shows might focus more on Amanda as an individual and show a side to her outside of being a busy working mum.

She has revealed she met two sisters in the Shetland Islands who run a farm with their mum after their father’s sudden death, and learned of their determination to carry on without him in spite of the difficulties.

Amanda has even met a Ukrainian pig farmer, discovering that her new friend was inspired to start her rural journey by exactly the same books as her.