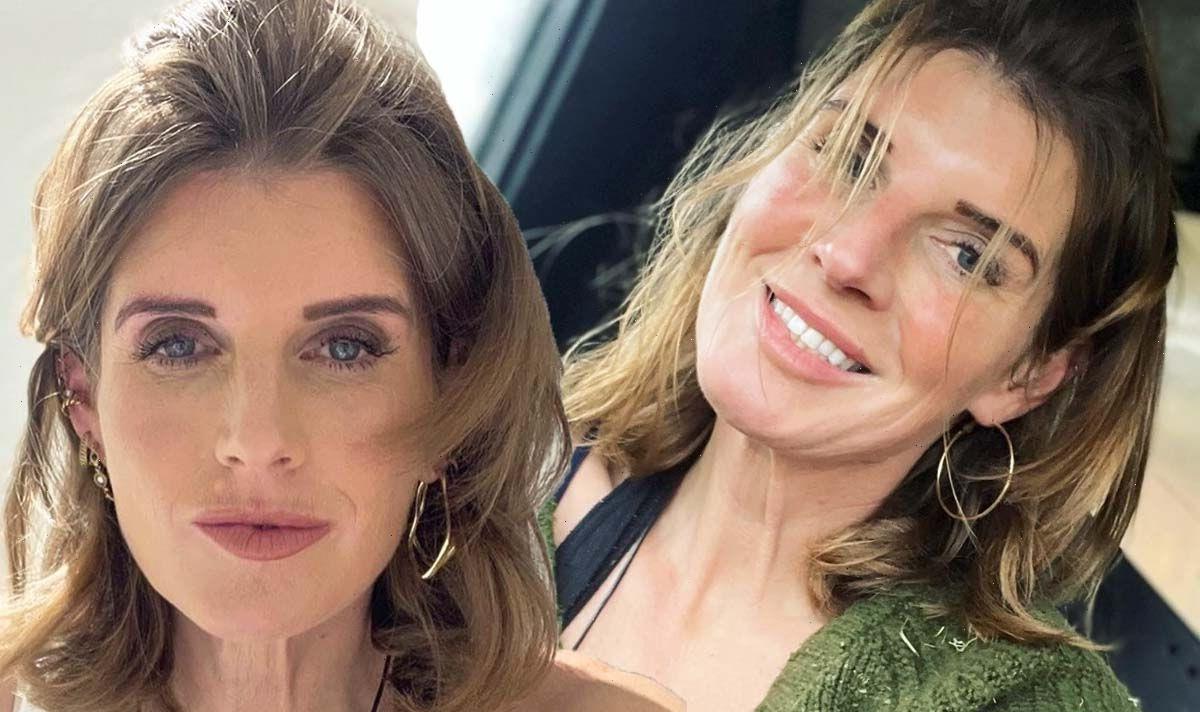 Amanda Owen, 48, showed off her “natural beauty” as she took to Instagram to promote the premiere of her new show tonight. The Yorkshire Shepherdess will be showcasing her farming skills with a new series, Amanda Owen’s Farming Lives.

Ahead of the big launch, Amanda took to Instagram to share a series of pictures with her 535,000 followers, comparing her looks while at home with no makeup to getting dolled up during an outing to the studio.

The first shot was a selfie of Amanda flaunting her beaming smile and ageless complexion.

Some of the other snaps gave fans a glimpse into her life on Ravenseat Farm alongside her children and sheep.

The final photo included in the carousel post showed Amanda wearing a full face of makeup, including a bold smokey eye and a berry lip.

Amanda added: “All to talk about my new Farming Lives series on More4 at 9pm tonight @channel4 @wiseowlfilms”

However, fans were left amazed by Amanda’s natural look she sports while tending to her sheep back home.

Mssharonhunter added: “Your day to day makeup you use is spot on.”

Gandawad typed: “Beauty comes in many guises, and it doesn’t matter which one for you Amanda.”

Lola wrote: “You look lovely with your make up but I love you when you are natural. You are still my role model though.”

Amanda’s new More4 documentary, which premiered tonight, will see the mother-of-nine visiting other working farms in the UK.

She’ll be lifting the lid on what it’s really like to work off the land and the struggles of the industry.

“If you’re in farming and agriculture, it’s very easy to feel like you’re unsupported, even vilified,” Amanda detailed while talking about her new show.

She went on to say it was “heartening to see how different people were making it work and how diverse modern farming is.”

Talking to Radio Times, she explained how she’d been stunned to meet a Welsh hill farmer using renewable energy to run his farm.

“He has pretty much closed the loop on his farm by making his own electricity,” she told the publication.

“While the rest of us are worrying about fuel prices he wanted more electricity.

“He had an electric quad bike. He was heating his chicken shed with hydro water power.”