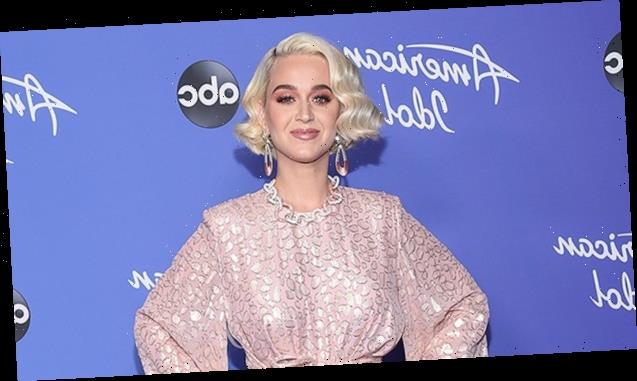 In the first episode of ‘American Idol’ since announcing her pregnancy, Katy Perry celebrated her exciting news with fellow judges, Luke Bryan and Lionel Richie.

The March 8 episode of American Idol was filmed months ago, but Katy Perry had already learned that she was pregnant at the time! Now that she’s confirmed the news in current time, the show addressed the exciting announcement during the beginning of the episode. Katy looked gorgeous in a sequined pink dress, as she was flocked by her fellow judges, Luke Bryan and Lionel Richie, as she made the reveal. “We’re going to have a fourth judge on the show this year!” Lionel told viewers.

Luke gushed that the baby will be the “perfect addition” to the judges’ panel, and joked that he’s already planning to buy Katy’s little one some fishing gear. However, Katy did admit that she’s “terrified” to be giving birth to her first child. “Does this mean your dressing room is going to get even BIGGER?” Luke asked. Katy laughed, and said, “Well, I’m definitely going to get fat, so look forward to that. Everything’s going to be bigger and better on season three of American Idol.”

Katy announced that she and fiance, Orlando Bloom, were expecting their first child during an Instagram live stream on March 5. She then debuted her baby bump in her new music video for “Never Worn White.” Katy had been covering up her growing belly for weeks, and admitted that it was such a relief to not have to hide it anymore!

Now that the news is out there, Katy certainly isn’t hiding anymore! While in Australia for a benefit concert this weekend, she had her bump on full display in a skintight dress, and she was absolutely glowing in photos from the pre-show events. We can’t wait to see her maternity style when American Idol goes live in a few weeks!