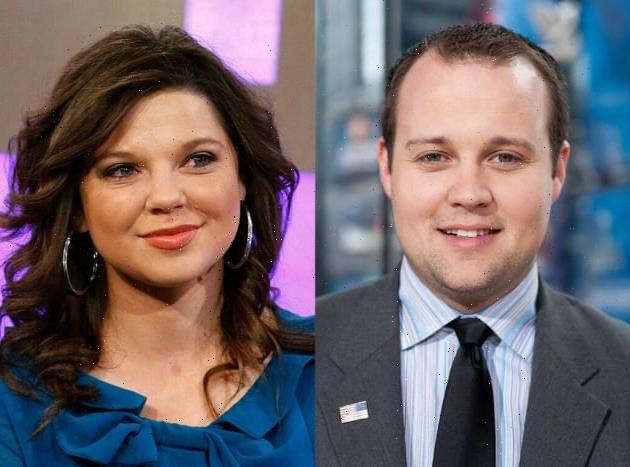 It’s been over a month since Josh Duggar was arrested on child pornography charges, but sadly, the predator still hasn’t been locked up for life.

In fact, Josh is currently out on bail, staying with friends of his father’s, and visiting his wife and kids on a daily basis.

(According to the terms of his parole, Josh can’t live in a home with any minors in it, but there are no limits to his freedom to visit his six kids or his pregnant wife.)

It’s bizarre that Josh was let out of jail at all, but at least we can take solace in the fact that he’ll probably be going to prison soon, and for a very long time.

In the meantime, most of the Duggar family is in damage control mode.

That means keeping a low profile, steering clear of social media, and presenting a united front.

But some members of the extended Duggar clan are no longer living under Jim Bob’s thumb, and while they might not be as outspoken in their criticism of Josh as we would like, they’re not going to bat for the guy, either.

The group of rebels includes one of Josh’s molestation victims, his sister Jill.

Jill long ago cut ties with her parents.

Though the main factor appeared to be disputes over Counting On earnings, which led to a longstanding feud between Jim Bob Duggar and Derick Dillard, there have been reports that Jill is furious with her parents over their handling of the first Josh sex scandal.

(Jim Bob and Michelle helped Josh avoid prosecution after he molested five young girls — four of whom were his sisters — while he was still in his teens.)

Jill won’t be finding much support within her immediate family, but thankfully, she’s not entirely alone in her refusal to help protect Josh.

Jim Bob’s niece Amy Duggar has been outspoken in her belief that Josh can’t be trusted.

And while she’s mostly kept quiet on the matter — probably out of respect to her beloved cousin Jill — Amy has made it clear that she hopes Josh receives the punishment he so richly deserves.

Amy has been subtly throwing shade at Josh and his defenders on social media ever since the 33-year-old was arrested back in April.

Earlier this week, she reminded her followers that our focus should remain not on Josh, but on the many women and children he victimized over the past two decades.

Perhaps prompted by the release of Disney’s Cruella, Amy tweeted about the notorious villain, but it’s obvious that she was really talking about Josh.

“I wish I could protect every precious child from all the evil monsters out there,” she wrote.

Of course, every time she posts anything these days, Amy is confronted with questions from fans, many of whom want to know why she remained complicit for so long.

Amy has addressed these concerns in the past, but over the weekend, she did so in a way that will hopefully put the matter to rest for the time being.

“I said this years ago but I’ll say it again,” she began.

“If I would have known what I know now nobody would have ever known who cousin Amy was.

“But God knew all of this. And God knew I wouldn’t be afraid to speak my mind and I just hope somewhere my page helps someone, encourages someone,” Amy continued.

“That’s all I want. Not fame, not a tour bus, not my name in lights. I don’t need all of that to be happy.”

Jim Bob Duggar has spent most of his career telling fans that he’s not in it for the money.

He insists that his TV shows are merely a “global ministry,” and that he never sought wealth or fame.

The difference is, when Amy says that, we actually believe her.