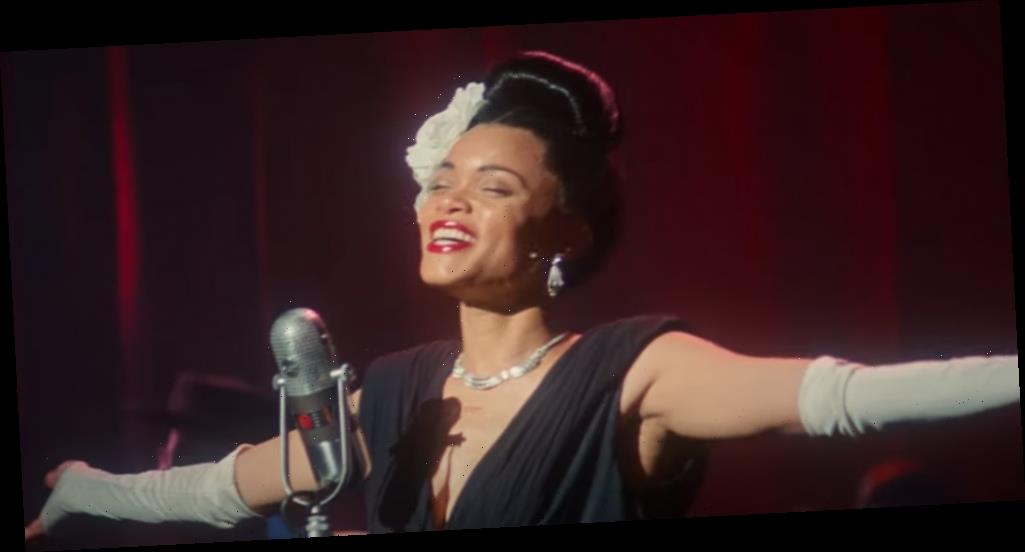 Andra Day hesitates in singing a song on stage as police officers wait to arrest her in the trailer for Hulu’s upcoming movie, The United States vs. Billie Holiday.

The upcoming movie, from Lee Daniels, will center on Billie’s life when she was the target of the FBI, as they attempted to derail her career.

If you’re unfamiliar, the FBI claims that they first targeted the prolific singer because of her history with substance abuse. However, the real reason was the true stories behind her songs, including “Strange Fruit”.

Lee said of casting Andra in the role, which is her first on-screen role ever, that many wanted him to cast Andra, but he says, “I don’t like being pressured into anything.”

But, he added, “she was enchanting and she did embody the spirit of Billie. I sent her to an acting coach because she had not acted before. And the acting coach, on the fly, turned her iPhone on and showed me her prepping and getting into character. Just from that 30 seconds of video footage, I saw Billie Holiday without question. The game was up. There was no acting. There was just being.”