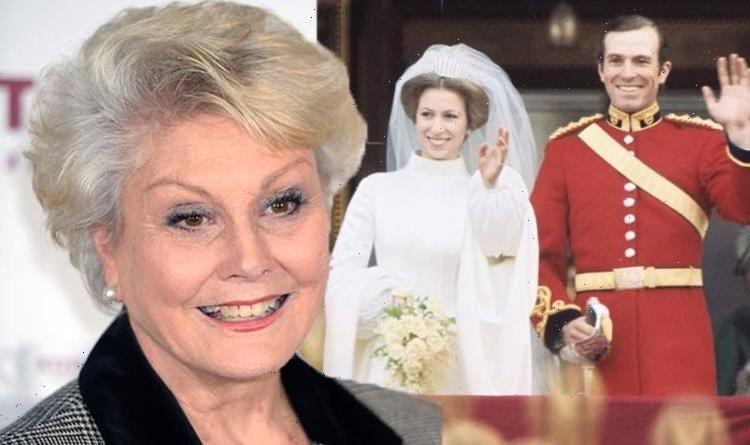 Angela Rippon, 76, became embroiled in a royal scandal after the media started linking her to Princess Anne’s first husband, Captain Mark Phillips. The BBC broadcaster met the royal couple after she was tasked with writing his biography in the early 1980s.

In a bid to learn more about Captain Phillips’ remarkable career, Angela went on to spend more time with the royal pair at their Gatcombe Park home.

However, the situation eventually became sticky after rumours of a love affair between the writer and Anne’s partner exploded in the media.

In a 2006 interview with The Scotsman, Angela described how she was put through a “dreadful time” by “dirty-minded reporters”.

She said: “Suddenly the papers were full of these stories that I was having an affair with Captain Phillips.

“I was spending a lot of time with him so these dirty-minded reporters decided we must be having an affair.

“I went through the most dreadful time.

“It was so sexist,” she added.

As a journalist herself, Angela knew she could try to stop the malicious reporters legally.

But despite her lawyer’s efforts, Angela did not have grounds to take legal action at the time.

Angela added: “But it was deeply embarrassing and incredibly upsetting.

“I was there doing a professional job.

“It was one of the most awful times of my life – really creepy.

“I had my lawyer look very hard at everything in the papers about it.

“They wouldn’t have got away with it today, since the law has changed, but then I couldn’t even sue them for libel.”

Despite the turbulent times, Angela went on to enjoy a prominent career in the media.

The TV veteran became a host for Rip Off Britain and The Wall and made royal history by co-hosting Prince Harry and Meghan Markle’s wedding coverage in 2018.

Captain Phillips and Princess Anne divorced in 1992 but remain on good terms.

Princess Anne and Captain Phillips share a love of equestrianism, something that was passed on to Zara.

The pair’s daughter won silver for Britain’s equestrian team at the 2012 London Games.