Angelina Jolie opened up about parenthood in a new interview, and explained how she tends to be ‘tough’ on her six children.

Angelina Jolie, 46, has always been open and honest about life as a mother-of-six, and her latest interview for People‘s 2021 Kindness Issue was no different. “I’m not a perfect parent by any means,” Angelina, who shares three sons and three daughters with ex Brad Pitt, said in the interview, published on Wednesday, Oct. 27. “Every day I feel like I’m more aware of everything I don’t do right. And I’m pretty tough on myself, because I feel often, ‘Am I doing the right thing? Did I says the right thing?’ “ 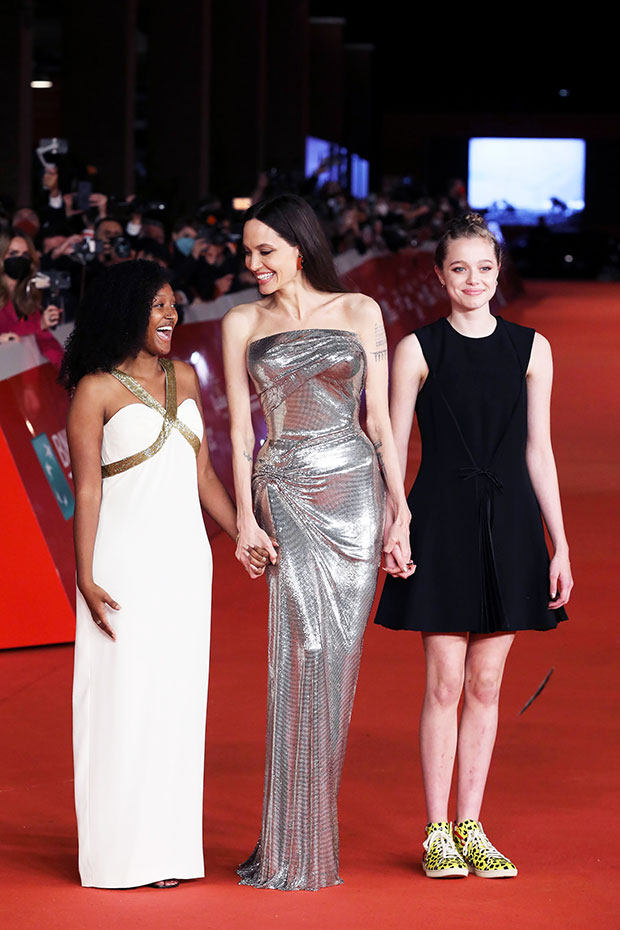 The Eternals star said that her kids — Maddox, 20, Pax, 17, Zahara, 16, Shiloh, 15, Vivienne, 13, and Knox, 13 — are all “very individual human beings,” and that she’s “so excited about all the different stages and feelings and curiosities” they’ll go through. “Why wouldn’t you be?” Angie added. “We’re supposed to help them figure out who they are. And you can’t figure out who they are if you don’t enthusiastically develop with them.”

“They’re pretty great people,” the Oscar winner added of her children, who have recently traveled with their mom for some big events like the Eternals premieres. “And because there’s so many of them, I think they’ve had a very significant effect on each other,” she explained. “It’s not like I’m the head of anything. I’m very honest with my kids. And I’m very human with my kids.”

Angelina has always been close with her children. Recently, she’s been fighting to undo a judges’ ruling that gave Brad, 57, and Angie joint custody of their kids (She wants full custody, obviously). The A-list exes’ gnarly custody battle is constantly in the headlines, though Angie never publicly addresses it. However, she did tell Vogue India in June 2020 that the decision to split from Brad was for the “wellbeing” of her children. “It was the right decision,” she said. “I continue to focus on their healing.”