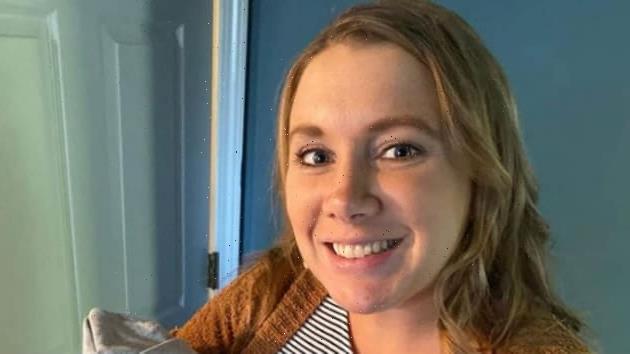 As Josh Duggar’s trial continues, the sick evidence presented in court has everyone on edge.

His own cousin, Amy, recently implied that Josh should be “put down” for being a danger to children.

Many on social media have echoed this feeling and praised Amy for speaking out when so many of her relatives have not.

Others are going further — calling out Anna for her inexcusable ongoing support of her disgraced husband.

The current trial stands to determine Josh Duggar’s guilt in the matter of downloading and possessing photos and video of children being sexually abused.

The prosecution has shared graphic details of the media traced to Josh’s computer.

In turn, it appears that Josh’s defense team is trying to argue that Josh was framed by some other perv, however improbable that may sound.

Legally speaking, Josh is considered to be “innocent” of these particular crimes until proven guilty.

Like it or not, that’s how our legal system works.

But while Josh has not admitted any guilt in this case, the reviled fallen reality star’s past crimes are not in question.

In 2015, the world learned that Josh was a sexual predator, having molested multiple young girls — including four of his own sisters.

Even in this trial, the jury heard testimony about how Josh confessed to his crimes to family and to certain family friends.

No one seems to dispute this, though the Duggars and their cult seem to think that everyone should forgive and forget.

There are dangers with ignoring sexual predation and letting someone move on as if nothing had happened.

Josh escaped prison or any other kind of penalty because his father and cult concealed his crimes for years.

Instead of protecting the victims, they shielded a monster from consequences … leading to where we are today.

Even as Anna has left the courtroom during testimony multiple times, she has not stopped standing by Josh.

She has arrived with him, holding hands with a man whom most people would not touch with a ten-foot pole.

As far as anyone in the public can tell and from what has been written in numerous consistent reports, Anna’s support for Josh has not wavered.

The world is furious.

Most of the anger is at Josh, at Jim Bob, at Michelle … but especially Josh.

Others are directing anger at Anna for endorsing Josh as a human being, to the detriment of her own children.

Another observed: “She disassociated with reality and failed her children.”

That same individual continued: “Any human with a shred of integrity would have done more to protect those kids.”

“That’s why I’m just as pissed at her parents as I am with her,” another expressed.

“Their grandkids are around a confessed pedophile,” the commenter noted, “and they don’t lift a finger to see if they’re even ok.”

Anna’s family was targeted with frustration not only because of this, but because Anna is a product of their cult environment.

“Her brainwashing and upbringing is an EXPLANATION, not an EXCUSE,” one person very correctly wrote.

Another admonished: “She should protect her children, full stop.”

It is true. First and foremost, a parent’s job is to protect their children.

Anna has been seen openly supporting her disgusting husband, showing up to court and holding his hand despite all that she has heard.

She has also been reportedly defending him, believing that he is being persecuted, to the point where she has been in conflict with his family.

Why is Anna standing by Josh, both in public and in private?

The first explanation is simple: Anna, from her point of view, has to.

She was raised in a toxic, twisted cult that tells her that she is essentially the property of her husband and a vessel to bear his children.

Anna also believes that marriage vows are an irrevocable oath, not to her husband, but to God to remain with him no matter what.

We know how the cult treats families where a father is imprisoned.

Wives are encouraged to not only visit them, but to bring their children to see their father.

If Josh is, as the world hopes, convicted and sentenced to decades behind bars, Anna is unlikely to leave him or admit his guilt.

The other explanation is that Anna seems to be strongly in denial.

Allegations of political conspiracies and spiritual warfare have been reported coming out of her mouth for more than half of a year.

If she believes that her husband was framed by President Joe Biden or by the literal actual devil, no evidence or verdict will sway her.

Yes, as social media commentators noted, she was raised in a cult. Her whole life was planned — and doomed — before she was born.

That is an explanation for her behavior and for her extreme beliefs.

But a cultist upbringing is not an excuse. Anna is an adult, and she must put her children first. That means leaving Josh and the cult behind.