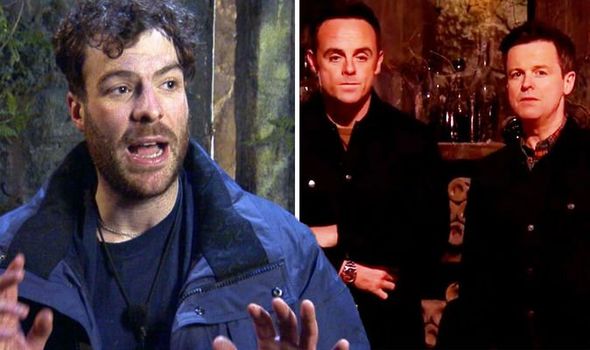 Ant McPartlin, 45, and Dec Donnelly, 45, have apologised to I’m A Celebrity… Get Me Out Of Here! fans after they unexpectedly burst into laughter while speaking to viewers about Jordan North’s Bushtucker Trial this evening.

The claustrophobic BBC Radio 1 DJ had to take on the Trapped Door Trial, which involved him collecting stars to feed his campmates in an underground tunnel, which was covered in critters.

Ant and Dec revealed they mistakenly erupted into a fit of giggles at the concept of them “helping as much as they could” while Jordan was struggling with his fears in the Trial.

However, some viewers were confused about why the Geordie duo were laughing.

The presenters issued an apology for their reaction when one Twitter user asked them: “What you howling at?? @antanddec.”

Dec then replied in view of the pair’s 6.7 million followers: “So sorry! Just at the idea of us helping as much as we could by reading off cards!

Ant also added his own apology over the situation, tweeting: “[Crying with laughter emojis] Yeah sorry about that people!! A.”