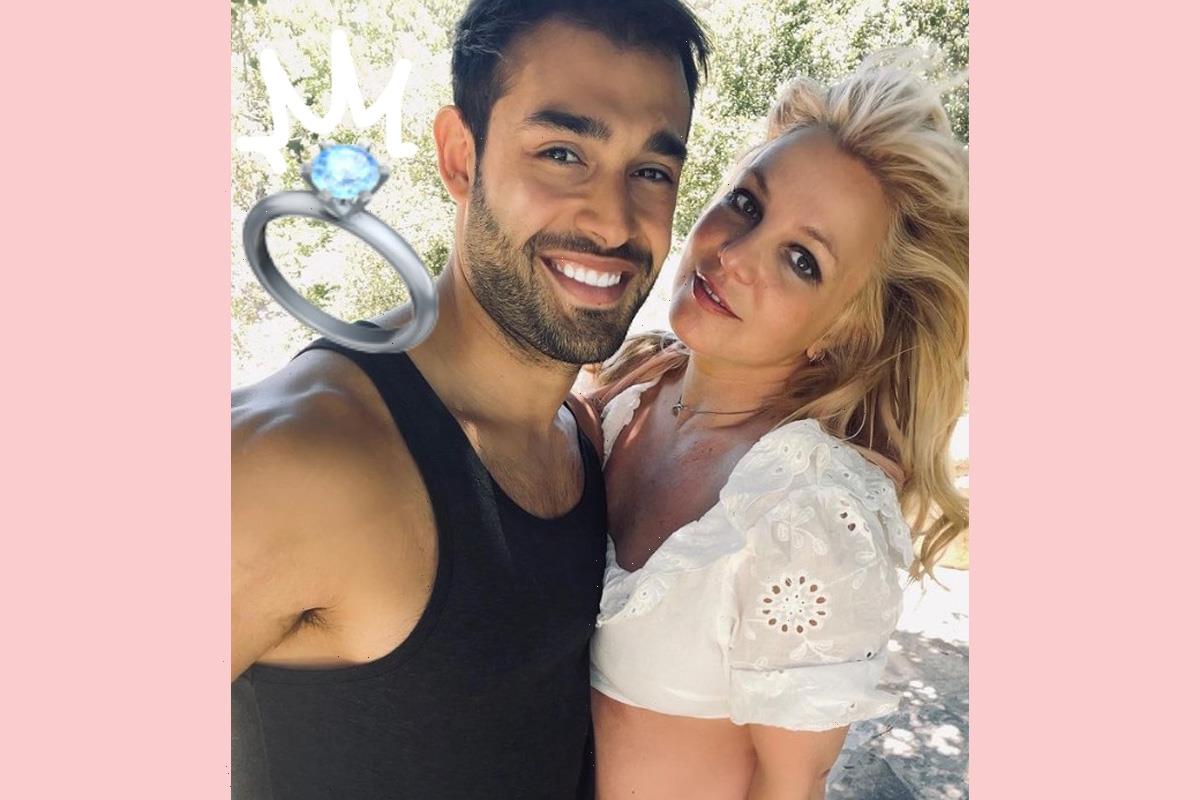 OK, OK, trying not to freak out now, but… NOPE NOT POSSIBLE because, y’all — Britney Spears might be engaged!!!

In her shocking testimony during a court hearing last month she revealed many alleged abuses she’d endured under her conservatorship, but the most shocking was probably that she was being forced to keep a birth control device implanted in her body.

“I would like to progressively move forward and I want to have the real deal, I want to be able to get married and have a baby. I was told right now in the conservatorship, I’m not able to get married or have a baby, I have a (IUD) inside of myself right now so I don’t get pregnant. I wanted to take the (IUD) out so I could start trying to have another baby. But this so-called team won’t let me go to the doctor to take it out because they don’t want me to have children — any more children. So basically, this conservatorship is doing me way more harm than good.”

Horrible. But in there was also another very important statement: she wants to get married!

We’ve heard that her longtime boyfriend Sam Asghari wants exactly the same thing — marriage, family, all of it. And now with the legal fights finally going her way, it looks like they may have made an official commitment!

Britney was spotted on Sunday going through the Starbucks drive-thru with Sam, and as she reached out the window to pick up her giant frozen coffee treat, she flashed what appeared to be a MASSIVE ROCK on her left ring finger! You can see the pics on DailyMail.com!

Video: Watch Britney Sing Along To Her Own Song On Sam’s IG Story

The pair have not shared the news publicly or anything, but there could be good reason for them to keep it private. While Britney finally has a new lawyer she got to pick herself — a darn good one near as we can tell — the conservatorship’s harshest legal restrictions have not been lifted yet. Maybe she isn’t technically even allowed to be engaged??

But like we said, the future is looking bright for Britney, and we wouldn’t be surprised if she and Sam are looking forward to it.

We know they just took a trip to Hawaii following her harrowing first testimony. Maybe he popped the question during one of those perfect sunsets on the beach? They’d hardly be the first couple to get engaged while on a romantic vacation.